Sometimes, the torch of governing gets passed burning end first.

Eight years after it started working on a cleanup plan for the toxic coal ash ponds at Colstrip Power Plant, Gov. Steve Bullock’s administration is running out of time to finalize cleanup terms for the environmental mess.

In all likelihood the clock on cementing the details will continue running a full month into the tenure of Gov.-elect Greg Gianforte, meaning the first Republican to hold the office in 16 years will likely be the one determining what steps power plant operator Talen Energy must take to remedy groundwater contamination that began more than 40 years ago.

At issue are the coal ash ponds associated with Colstrip Units 1 and 2. The cleanup is expected to cost between $111 million and $191 million, depending on what steps the state requires be taken. There has been considerable disagreement between Talen and the environmental community about whether the toxic coal ash should be completely removed, given that the coal ash interacts directly with the groundwater beneath it.

The cleanup is a massive undertaking for the waste ponds servicing what was — until Units 1 and 2 closed this year — a four-unit power plant. The pond complex for the coal-fired units involves nine waste ponds that have leaked roughly 200 million gallons of contaminated water into the ground every year for more than 30 years. One day’s leakage equals an Olympic-sized swimming pool’s worth of contaminants.

Total cleanup costs for the pond complex are estimated by the Department of Environmental Quality to be between $400 million and $700 million.

Only very late in the eight-year process has the DEQ asked Talen to consider what environmentalists have spent years lobbying for: complete removal of the coal ash, which would then be stored on a dry, tarp-lined area away from the aquifer.

But at this point, an order by the Bullock administration to remove the ash would be more about pageantry than purpose, and the appeals process afforded to Talen would push the cleanup matter into January and the governorship of Gianforte.

Colstrip-area rancher Clint McRae told Lee Montana Newspapers this week that it’s crucial the ash be removed. McRae’s family cattle operation, Rocker Six Cattle Co., predates the power plant. He said the permit for the ponds calls for cleanup. That’s what he’s fighting for as a member of the Rosebud Protective Association, an affiliate of the Billings-based Northern Plains Resource Council.

“We very adamantly want them to dig up these ponds, excavate the ponds, and put (the ash) in a liner,” McRae said. “That’s what the permit called for and that’s what they should do. Each of the companies that have owned the facilities over the last 40 years, knew they were leaking. The Montana Department of Environmental Quality knew they were leaking. It’s time to step up to the plate and act in the honor of the law about how the permit was granted and clean them up.”

There’s no question the ash ponds have contaminated the water, the rancher said. In this extremely arid part of the state, it takes stock tanks fed by wells to keep cattle hydrated. Water from the wells within a mile of the ash ponds will kill an animal. The water is contaminated with boron, sulfate and other toxins.

Water for the power plant and the city of Colstrip is pumped in from the Yellowstone River 30 miles away.

There was some confusion last week about whether there was still enough time on the clock for Talen’s appeals process to run out before the Bullock administration ended. Several environmentalists said they understood the countdown to finality to be just 45 calendar days, which meant an ash pond decision by Nov. 17 would set up the last day 2020 for the final word on the ash ponds.

Thursday, DEQ clarified that there’s up to 75 days left on the clock and that its selection of a course for cleanup is likely to come this month, with no guarantee the decision would come early next week. It’s possible Talen could accept the Bullock administration’s final action without dispute, in which case the government’s eight-years of ash pond work would end with a determination.

“We don’t know whether Talen will invoke dispute resolution. They haven’t in the past, but this will be final, so we’re not sure,” said Rebecca Harbage, DEQ public policy director.

Removing the coal ash is not what Talen has been focused on for the past eight years. Until DEQ asked the power plant operator last summer for its game plan for ash removal, Talen had intended to leave the ash on site.

Talen Energy favors the coal ash staying within the footprint of the current ponds, which would be dried out. The coal ash within 5 feet of the groundwater would be dug up and relocated to other parts of the pond site that don’t interact with groundwater. That remedy, Talen estimates would cost $148 million.

The company is already making arguments against relocating the coal ash to a storage area that’s not currently contaminated, saying it only creates a pollution problem elsewhere.

Cleanup plans for the entire pond complex include installing dozens of wells to draw contaminated water from the site, while pumps inject clean water into the ground to flush out contaminants. That pump rinse and repeat cycle would churn possibly into 2050, when the pumps would be shut off.

DEQ is concerned about what happens when the dozens of pumps no longer draw water from the area, allowing the groundwater to rise again, potentially coming into contact with contaminated ash left on site.

The details about the cleanup of the ponds servicing Units 3 and 4 were settled in February, at which point DEQ signed off on 54 injection wells. The coal ash in this area will be left in place. DEQ is requiring a drainage system to installed at the bottom of the site to pull contaminated water away from the aquifer.

This isn’t the first time the coal ash problem has been passed from one governor to another. The state of Montana has realized the ponds are leaking for decades, said Anne Hedges, Montana Environmental Information Center deputy director. At least four governors have passed the torch on cleaning up Colstrip to a successor, knowing the contamination was significant and actively occurring.

Through a 2016 legal settlement, MEIC got the power plant's owners to stop pooling toxic coal ash sludge from its largest units, starting in 2019 with bottom ash.

Like McRae, Hedges sees the removal the coal ash as the only way to prevent the toxic ash from continuing to contaminate the groundwater. For the Bullock administration to assure the ash removal took place it should have made the decision earlier this year.

“This governor waited too long. He’s had eight years to get this job done and instead of getting it done in a way that ensures it is done properly, and in a way that assures future generations aren’t going to have to come back and fix the problem, he’s letting it bleed into an administration that has just released a list of who is going to be in charge of DEQ and it’s quite clear the fox is going to be in charge of the hen house,” Hedges said.

The “fox” Hedges refers to are the 13 members of Gianforte’s advisory committee on transitioning from the Bullock DEQ and Department of Natural Resources and Conservation. The membership is stocked with business owners and interest groups regulated by the agencies.

An earlier decision on the Unit 1 and 2 coal ash ponds would have come during the 2020 election, as Bullock struggled to unseat Republican U.S. Sen. Steve Daines, who defeated the governor by 60,000 votes. Regardless of the decision made, there would have likely been upset voters.

While environmentalists argued that ash removal would protect the water and created decades of cleanup jobs, Republicans were on the offensive. Scott Sales, the Republican president of the Montana Senate and Colstrip Sen. Duane Ankney were warning on AM talk radio that the cleanup jobs would go to out-of -state workers from Appalachia, where coal ash cleanup has become an industry.

Talk about Colstrip on the campaign trail centered on finding a way to save the power plant and its host community of 2,300 as four of the power plant’s six owners plan exits within five years.

Another 1,232 COVID-19 cases and 18 deaths in Montana were reported Wednesday morning in an update to the state's case mapping and information website.

Montana added another 1,475 COVID-19 cases and six deaths in an update Friday morning to the state's case mapping and information website.

Montana added another 1,236 COVID-19 cases in an update Thursday afternoon to the state's case mapping and information website.

Montana will enact more measures in an effort to slow the transmission of the novel coronavirus, which has spread exponentially across the state through the fall and early winter.

Two men, one who was recently suspected in a Flathead Valley homicide and allegedly bought meth from the Aryan Brotherhood, are facing federal drug and firearms charges. 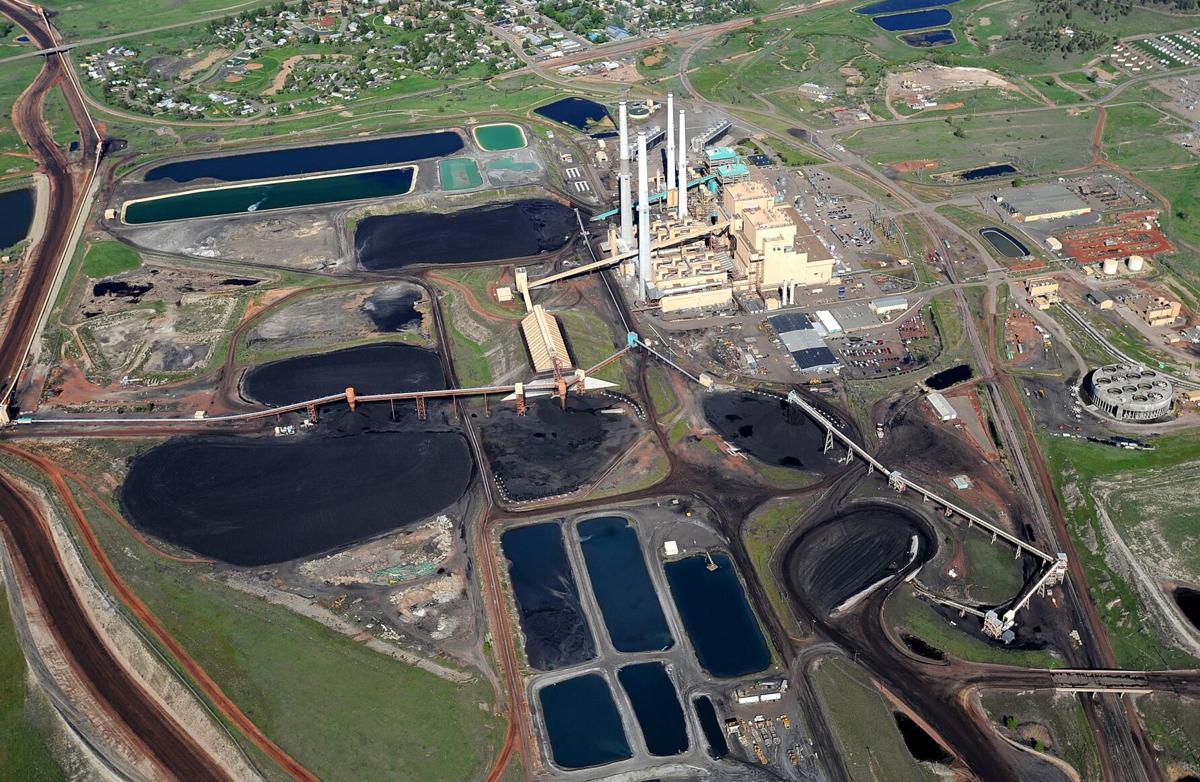 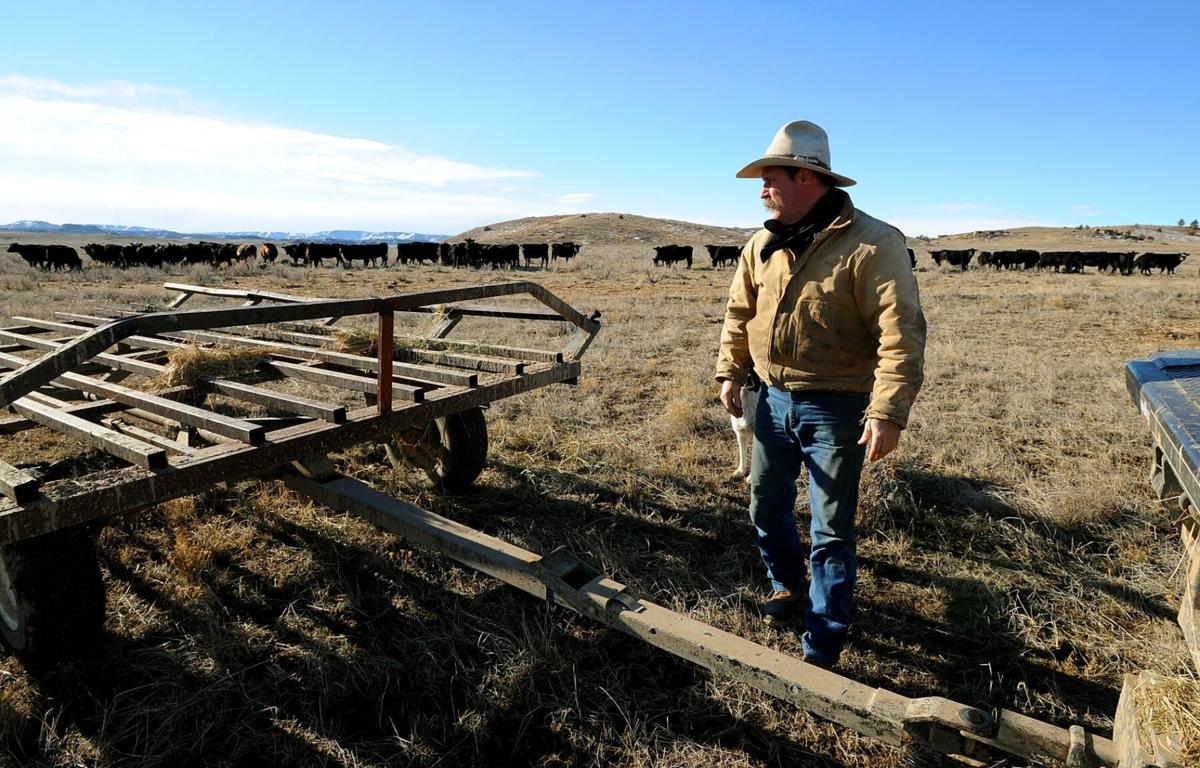 Clint McRae, who runs the Rocker Six Cattle Co. near Colstrip, is pictured in 2013.