Representatives of Our Montana and the Fort Phil Kearny/Bozeman Trail Association have asked the congressional delegations in Montana and Wyoming to support a feasibility study to have the Bozeman Trail designated a National Historic Trail.

The study would include public meetings, along with an analysis of the public lands management costs, visitation and community support.

“It’s probably a three-year project for the feasibility study,” if Congress approves it, said Mike Penfold, field program director for Our Montana. “Then we have to go back to Congress to designate it.”

Penfold has been working to map, mark and honor the route for more than 20 years, partnering with the Fort Phil Kearny/Bozeman Trail Association in Wyoming and his friend Howard Boggess.

The trail is named for entrepreneur John Bozeman, who at the age of 25 along with John Jacobs pioneered the route to Montana Territory gold fields in 1863. Giving Bozeman top billing when he seems like somewhat of a bit player is odd, a twist of fate. He and Jacobs were simply connecting a series of already existing American Indian trails.

Before Bozeman, the Raynolds survey expedition of 1859-1860 reportedly used cairns and deeply rutted Native trails to navigate their way back from what would become Yellowstone National Park.

The first iteration of the Bozeman's trail took pioneers and gold seekers north from the Platte Road east of Casper, Wyoming, north along the eastern base of the Bighorn Mountains, across the Bighorn and Yellowstone rivers, the headwaters of the Missouri River and on to the gold mines of Bannack and Virginia City.

Before that, the route to Montana gold fields came past Salt Lake City on the Oregon Trail and then went north through Idaho. Bozeman and Jacob’s new path cut about 450 miles off the distance. To do that, however, meant traveling through Crow, Sioux, Northern Cheyenne, Blackfeet and Northern Arapaho lands.

An attempt by the U.S. government to militarize the route with forts and soldiers backfired, leading to what’s now called Red Cloud’s War in honor of the Ogalala Lakota chief’s leading role in three decisive battles, including the Fetterman fight in which 80 soldiers were killed. It was one of the worst U.S. Army defeats prior to the Battle of the Little Bighorn. As a result, the military abandoned its three forts and the trail in 1868.

The route was also made famous when Bozeman founding father Nelson Story drove cattle north from Texas along the trail.

Dave McKee, of the Fort Phil Kearney/Bozeman Trail Association, said the trail encapsulates a lot of history because of who used it and when. He referred to it as a “defining chapter” in the settlement of the West, encompassing the gold rush, Euro-American settlement, the livestock industry and a brutal transition period for Native Americans on the high plains.

The trail is also a unique route to memorialize its Native American history – long before Bozeman – as well, Penfold noted.

Parts of the trail were used by American Indians for thousands of years, tying them to a much longer history of use than the brief emigrant trail. Stone cairns marked portions of the route. Historian Howard Boggess said many of the piled rocks he found researching the route were on top of hills. The first marker he discovered was just southwest of the community of Pryor. Between the cairns he found evidence of the old trails and walked in the ancient trackways.

“This trail was heavily used at the end of the Pleistocene,” Penfold said. “That adds another interesting piece to that corridor.”

In a 2020 interview, Mardell Plainfeather told the Billings Gazette that many of the main trails and then highways in America were once Native routes used to visit other tribes, rendezvous, hunt and trade.

“So these trails were actually established by them,” she said.

Giving the Bozeman Trail a national designation would help future generations learn about the history behind the long-traveled route, Plainfeather added.

The Bozeman Trail travels through eight Montana counties and four in Wyoming. In those counties the trail advocates have contacted local governments, museums, historical site managers and legislators to inform them of their intent to seek federal recognition of the route. There are 200 museums, historic sites and battle sites along the route that are already publicly accessible.

The designation does not carry with it any burden for private landowners. Private property remains private, Penfold emphasized.

One reason the Bozeman Trail travels through so many counties is that it was reconfigured several times.

"During the trail's few years in use there would be a number of different starting and ending locations, as well as many diversionary routes,” the applicants noted in proposing the route.

Bozeman’s first trip was turned back by Native warriors. The second got stuck at the Yellowstone River, just across from what is now Billings, and had to pull up and brake down over the rugged South Hills to reach a suitable river crossing.

Later wagon trains avoided that area by turning west and going through Pryor and on to the Clarks Fork of the Yellowstone River.

Mountain man Jim Bridger blazed a new path along the west side of the Bighorn Mountains in 1865. His goal was to avoid what became known as the “The Bloody Bozeman,” the title of Dorothy Johnson’s 1971 book based on emigrant diary excerpts. More recently, Michael Punke’s book “Ridgeline” fictionalized the history of Army Col. Henry Carrington’s arrival to construct forts and militarize the trail.

“In 1866, the new route was opened by a cutoff from near Fort Phil Kearny and traveling closer to the mountains,” the applicants wrote. “It re-joined the emigrant route north of Sheridan. This latest, military variant of the trail has become popularly known as the major route of the Bozeman Trail.”

Emphasizing the trail’s contentiousness, Bozeman was killed along the route – under conditions some historians have found suspect – dying at the age of 32 in 1867.

There are 19 National Historic Trails designated in the United States that include historic sites, points of interests, trail segments and waterways.

These include the 4,900-mile Lewis and Clark Trail that travels through 11 states and the 54 mile Selma to Montgomery Trail in Alabama, the shortest nationally recognized route.

Trails are managed by different federal agencies, designated by the Department of Interior. For example, the Lewis and Clark Trail is administered by the National Park Service. According to the Park Service’s website, most trails “have ongoing cooperative agreements with states for the provision of motor tour route signs, law enforcement services, land protection, and other areas of common interest. Some States have dedicated revenue sources for trails and others subsidize trail maintenance because of the proven economic benefits these trails bring the state.” Every state along the Lewis and Clark NHT organized a state council to help commemorate the Lewis and Clark Bicentennial in the years 2003-6.

Penfold has heard from other regional officials in small communities extolling the potential tourism benefits designation of the Bozeman Trail may provide.

“It really goes along some of the most beautiful lands in Montana and Wyoming,” he said, including along the Beartooth Face, Pictograph Cave and Chief Plenty Coups state parks in south-central Montana.

Penfold said the groups haven’t heard from their congressional leaders yet.

“But we at least have our marker down,” he said.

The megafire has scorched more than 130,000 acres so far and three people have died during firefighting efforts.

A fugitive fleeing law enforcement was shot and killed Wednesday morning by officers after a foot pursuit in Montana.

In one phone call recorded by federal authorities, the Billings contractor offered to pay a competitor $100,000 to forego state contracts in Montana and Wyoming.

Congressional candidates on both sides of the divide are set to take the stage in a pair of forums held by Lee Newspapers, Montana Public Radio and Yellowstone Public Radio on Sept. 29 and Oct. 5.

A 29-year-old Helena man who was carrying his child while wading in Spring Meadow Lake State Park drowned Wednesday when he got stuck in mud and went underwater, officials said.

The LGBTQ-owned bookstore that rallied a community

Two women facing voter fraud charges in Phillips County were set to enter no contest pleas earlier this month, but haven’t been heard from after failing to show up for the hearing.

Montana’s suicide rate was “significantly higher” than the national average not only for veterans, but for the general population as well, a new report says. 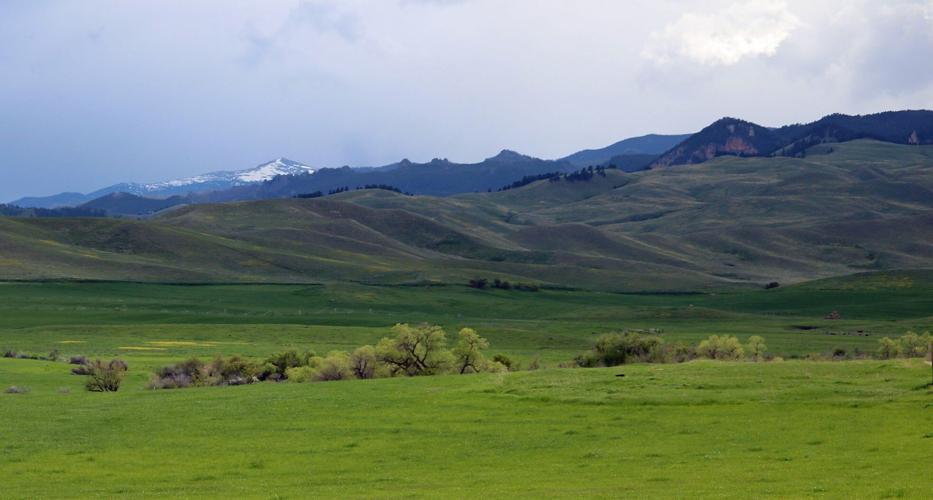 Much of the land along the Bozeman Trail remains largely undeveloped, including this stretch along the base of the Bighorn Mountains south of Sheridan, Wyoming. 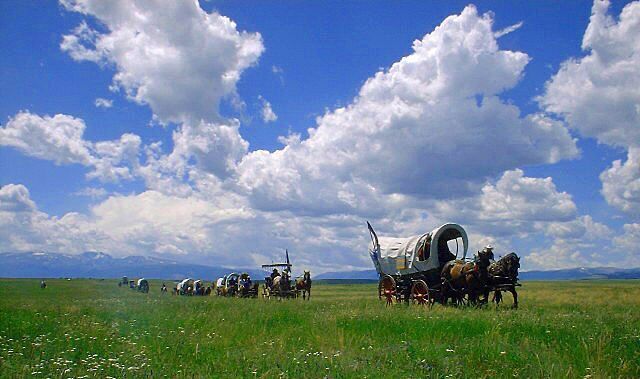 A group of history buffs traveled portions of the Bozeman Trail from Wyoming to Montana in 2001. 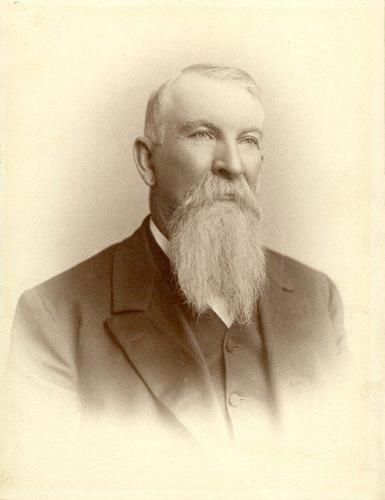 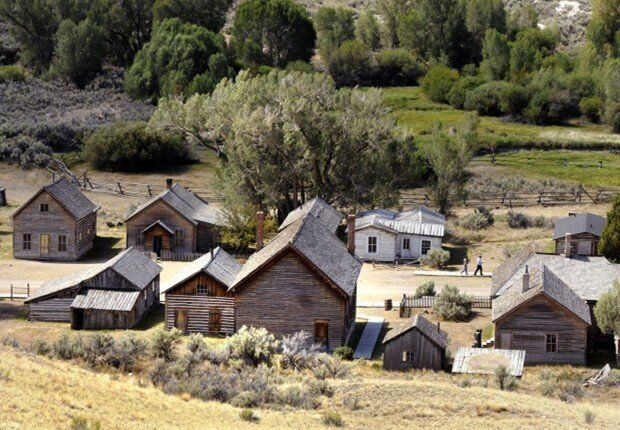 By 1864, only three years after the discovery of gold nearby, Bannack was a dying little camp with many of the prospectors moving to richer claims in Alder Gulch near Virginia City. 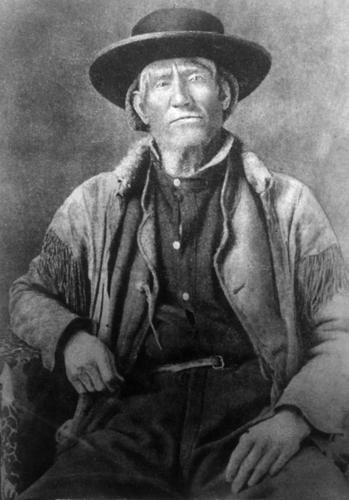 Jim Bridger scouted a reroute of the Bozeman Trail away from the east side of the Bighorn Mountains. 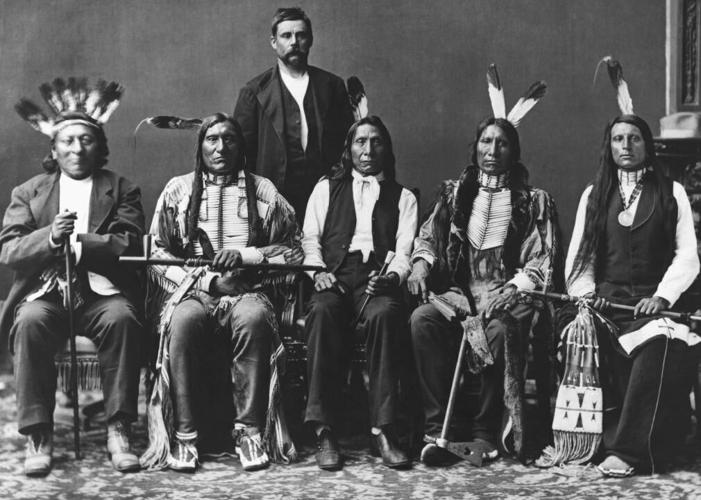 Oglala Sioux chief Red Cloud, center, was among a group of Indigenous leaders who confronted the white settlers who had discovered gold in Montana during the 1860s. The settlers had attempted to construct a road lined with protective forts to facilitate the mining of this gold. However, following a two-year battle, Red Cloud and his army were able to halt the construction of this road and caused the U.S. to abandon its forts. 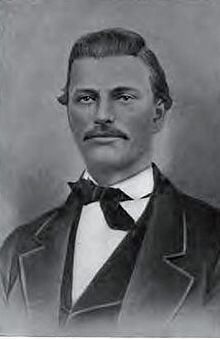