The Bureau of Land Management, working with a variety of partners, has steadily pushed back on the line of Douglas fir marching down the mountainsides in southwest Montana. Their work is crucial for the overall health of the sagebrush grasslands that are an iconic part of the Big Sky state, say proponents.

The agencies call the issue “conifer encroachment,” a phrase which runs the danger of causing eyes to glaze over. But experts say the work is important for a host of reasons, including to mitigate climate change impacts on Montana’s water resources.

Conifers suck water out of the ground as soon as the snows thaw and continue to use water late into the fall, Claffey said.

With rivers and streams often drying up by the end of summer as temperatures continue to warm, that's a concern for the agencies.

Claffey said over 5,000 acres of both federal and state land in the region saw some kind of effort at removing conifers this year, whether in the form of prescribed burns or tree cutting.

The program to push back on the downward Douglas fir march began in 2015 for the BLM, said Pat Fosse, BLM assistant field manager.

The Nature Conservancy, an environmental group, supports the effort and hired Claffey to coordinate the different agencies involved in fighting back on conifer marches.

“It’s what the science is telling us to do,” Claffey said. “And it’s not just good for the wildlife but also for maintaining sagebrush grasslands for livestock.”

But ranchers Eric and Stephanie Hansen, who have lived at the base of Medicine Hat peak for most of their lives, say it’s worth it.

“I haven’t seen them in forever,” Stephanie Hansen said.

Claffey said since 1950, nearly a million new conifers have sprung up on Beaverhead and Madison counties across both public and private land.

“Trees are slow-growing,” he said. “Over time, to the naked eye, they don’t stand out as a huge problem but when you look back at old photos, you can see they’ve expanded enormously.”

That isn’t just bad for the butterflies or the sage grouse or water resources, according to Claffey. It’s also bad for mule deer habitat, elk habitat and moose.

Currently, the Forest Service is working to remove conifers in the Ruby River watershed southeast of Butte and the state is removing conifers from tributaries to the Ruby, Claffey said.

“The trees are moving into winter range for elk, we’re starting to lose some of those grasses the elk are eating,” Claffey said.

Likewise, conifers are taking over land that once supported mountain mahogany, a shrubby, low-growing tree mule deer live on.

Meanwhile, moose who winter in stream bottoms and subsist on the shrubs that normally line stream beds are seeing their food source losing out to Douglas fir, Claffey said.

Thinning the conifers on the landscape help all wildlife, according to Claffey.

“The trees themselves aren’t bad. It’s the fact that they’re creating a monoculture. That eliminates the diversity that makes southwest Montana so productive for fish and wildlife,” he said.

For the last 100 years the goal has been to fight forest fires. But forest fire specialists and some agency professionals say that has been the wrong approach all along.

The result is a dense forest now ripe to turn into an incendiary fire, say officials.

Eric Hansen, 42, has been ranching on the land where he grew up for 30 years, continuing a fourth generation family tradition.

He says he was taught fires need to be put out. He also can’t remember a time when the trees weren’t marching down the mountainside his house looks out over.

But old photographs taken in an earlier era indicate a different landscape, one in which the trees were not so thick.

Dunn said looking at historical photos of the landscape helps to tell the story of conifer encroachment.

“There are a lot more conifer trees on the landscape,” Dunn said. “We believe what follows that is a decrease in diversity resulting in ecological integrity and biodiversity. Biodiversity is a benefit to the ecosystem.”

“There are no active leks (nesting sites) when you have up to 4% conifer cover,” Benzel said.

Greater sage grouse numbers have gone into decline in the last few years. Sage grouse across Montana stood at 77,887 in 2016 and dropped steadily to 43,887 in 2019, according to a recent Fish, Wildlife and Parks report.

The report says the recent decline is likely due to a severe drought in 2017 impacting sage grouse habitat. The report also says the decline is not cause for concern because sage grouse populations oscillate widely over a period of eight to ten years.

Nick Gevock, Montana Wildlife Federation conservation director, said conifer encroachment is an important issue. He said wildlife returns to their habitats when the Douglas fir and other conifers are removed from the sagebrush steppe lands.

“We support it for the sage grouse,” Gevock said.

Dunn said the Beaverhead-Deerlodge National Forest has been working to reduce conifers for “quite some time.

“Decades, really,” Dunn said. “It’s been going on for decades in varying amounts. What we’re seeing is a heightened sense of urgency, especially in sage grouse habitat.”

“I had no idea lightning was something to think about,” Toni Braig said of her experience getting zapped on a mountaintop in the Anaconda-Pintlar Wilderness last weekend.

Yellowstone County saw three deaths from the virus this week, all tied to a memory care facility. 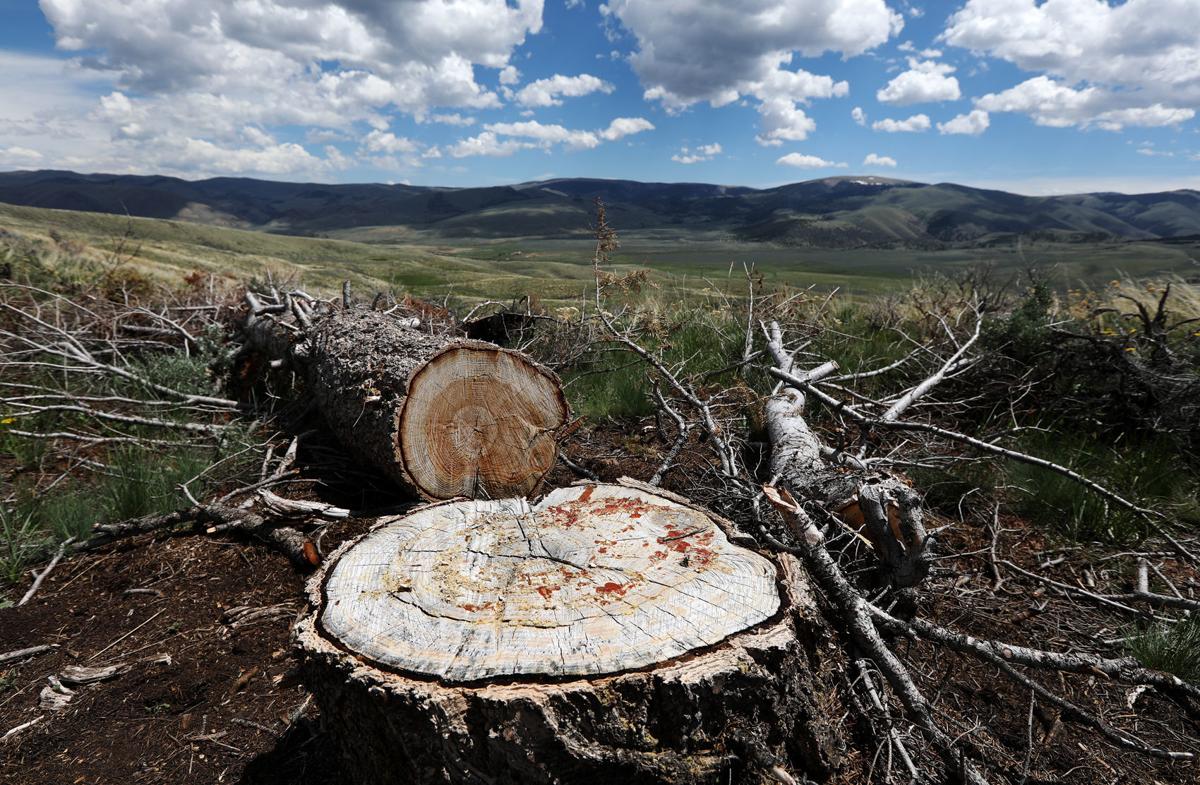 A downed Douglas fir tree rests on the landscape near the Montana-Idaho border. Officials say over 5,000 acres of both federal and state land saw some kind of effort at removing conifers this year. 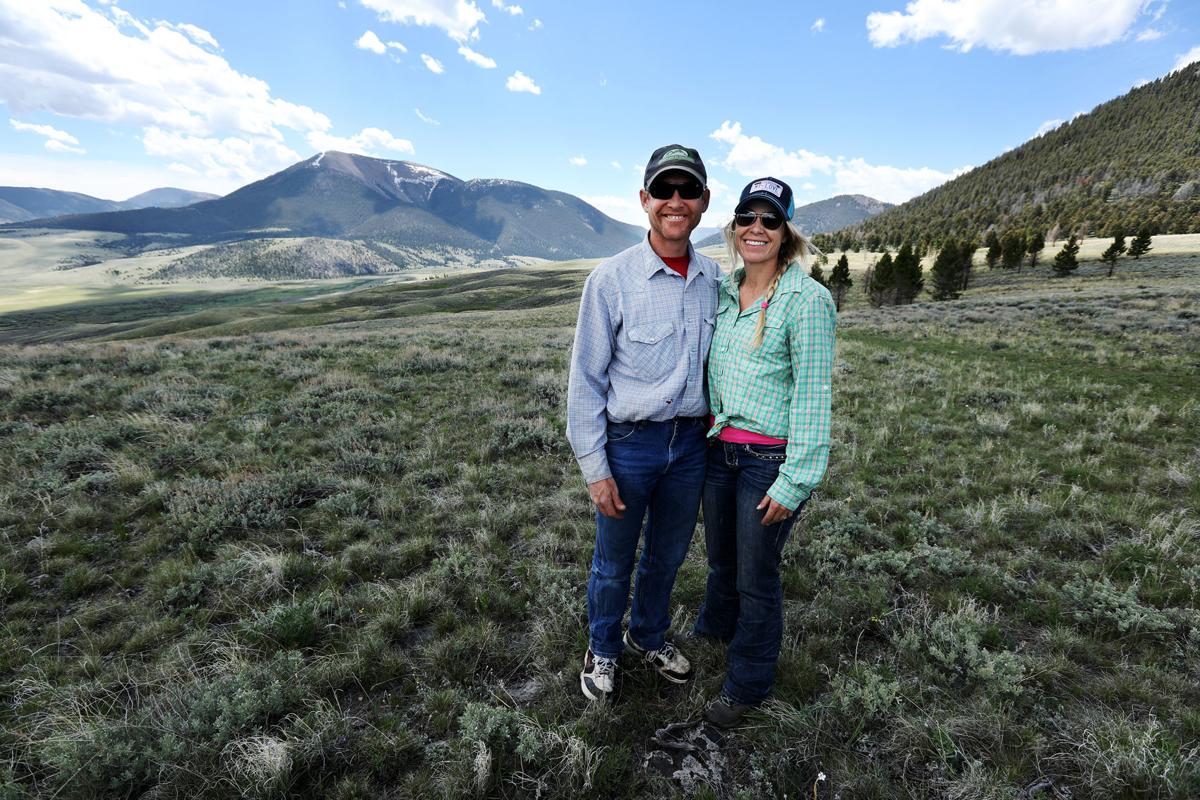 Ranchers Eric and Stephanie Hansen raise cattle on their family land located near the Montana-Idaho border southwest of Dillon. The couple worked with government officials to allow the removal of large conifers like the Douglas fir in the field of sage just over Stephanie's shoulder. 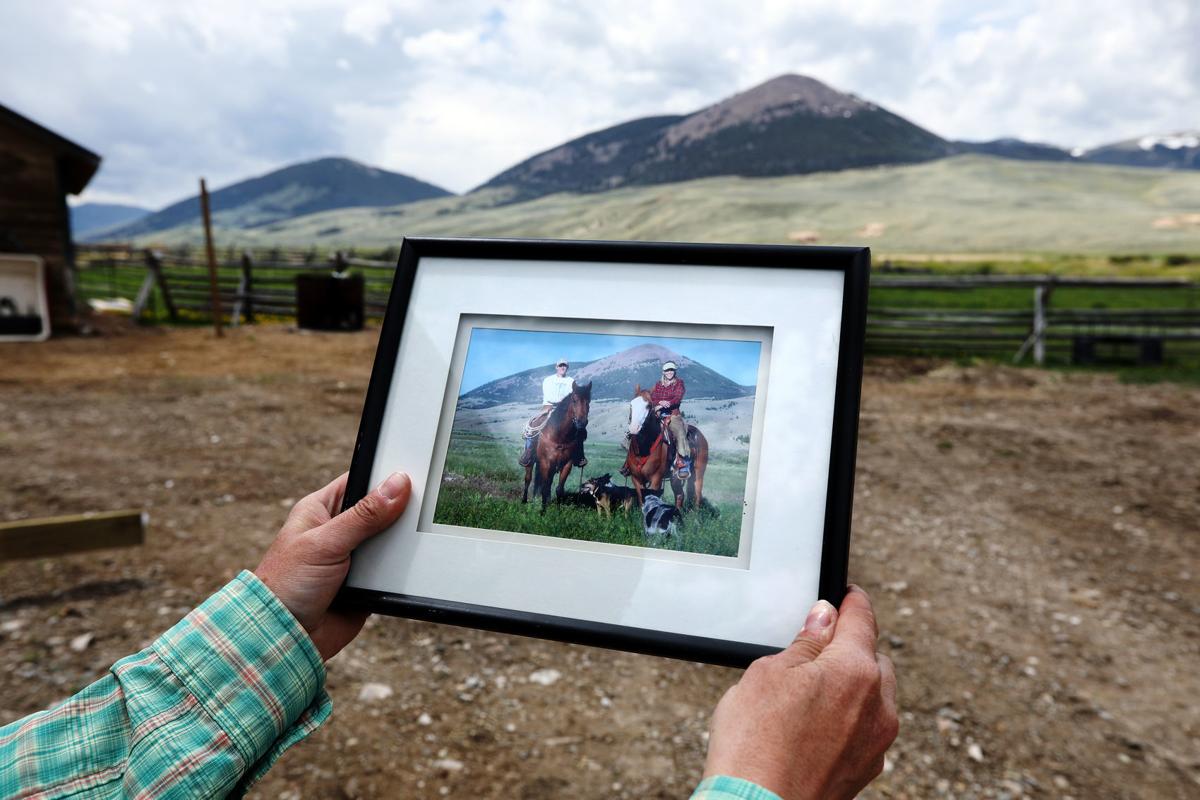 Stephanie Hansen and her husband Eric smile from the frame of a photo taken decades ago against the backdrop of Medicine Lodge Mountain where the couple ranches near the Montana-Idaho border southwest of Dillon. 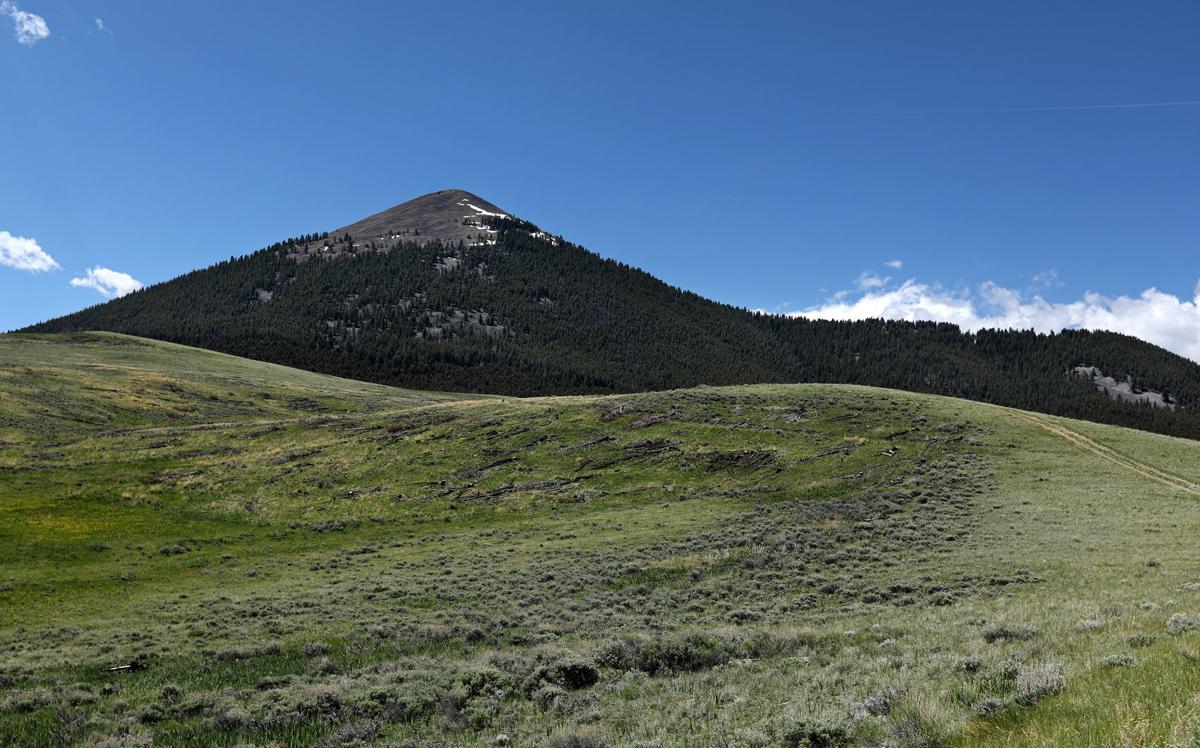 Downed Douglas fir trees dot a drainage below Medicine Lodge Mountain located southwest of Dillon near the Montana-Idaho border. The trees were cut and burned as part of an effort to manage the effects of climate change.