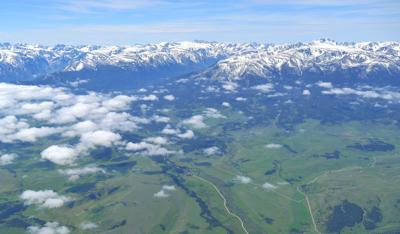 This story is part of the Lee Enterprises series "Grizzlies and Us." The project examines the many issues surrounding the uneasy coexistence of grizzly bears and humans in the Lower 48, which have come  into focus in recent years as the federally-protected animal pushes farther into human-occupied areas. The 10-part series, comprised of more than 20 stories, was produced by outdoor reporters and photojournalists across the Rocky Mountain West.

For the first 20 years as a state wildlife biologist along the eastern front of the Beartooth Mountains, Shawn Stewart followed up on every report of a grizzly bear.

“I could not verify a grizzly bear on the Beartooth Face,” he said.

Stewart began working for the Montana Department of Fish, Wildlife & Parks in 1976 – a year after grizzlies were listed as threatened under the Endangered Species Act. At the time, it was estimated about 210 grizzlies occupied the 28,000 square miles of the Greater Yellowstone Ecosystem.

During the 19th century, the big bears had been eliminated from 98% of their historic range in the Lower 48 States. This included the Beartooth Face – deep glacier-carved valleys and tundra-like mountaintops in south-central Montana that stretch from the Wyoming border about 85 miles northwest to Livingston.

Based in the community of Red Lodge, in the foothills of the Beartooths, Stewart’s tenure as a biologist for the past 45 years has spanned a unique arc of the grizzly bear’s recovery, from its listing as a threatened species to its return to a landscape after a 100-year absence.

It wasn’t until May 8, 1997 – 21 years after starting his job – that Stewart finally saw his first grizzly bear west of Red Lodge. The bear, a 3-year-old male, had been shot and killed by a landowner after it attacked a horse.

Within a week, another subadult was seen traveling in the nearby East Rosebud drainage. Over the course of the next month, grizzly bear tracks were confirmed in the upper West Fork Stillwater River and about 10 miles west of Red Lodge.

After being absent for a century, the big bruins were back along the Beartooth Front and making their presence known.

By 1998 the first grizzly bear killing of a sheep was documented along the Face in the Fishtail area. The 5-year-old male had been captured for a similar offense in Wyoming and was therefore euthanized.

In 2004, a grizzly cub born in the Bad Canyon area, northeast of Nye, was the first confirmation of reproduction.

Three years later, a 2-year-old male became the first bear captured near Red Lodge after it wandered into a subdivision south of town during the Thanksgiving holiday.

Then in 2011 – after 35 years on the job – Stewart saw his first live grizzly bear in the wild. He was flying a survey, high up in the East Rosebud drainage, for bighorn sheep and mountain goats in mid-May when he saw the bear. It was “practically to Granite Peak,” Montana’s highest mountain, he said.

“That was a monumental thing for me,” Stewart said. “I thought, ‘You know, I’ve been doing this for a lot of years, and that’s the first one I’ve ever seen. I wonder how long it will be until I see another one on the Beartooth Face.

“I believe it was within a week I was watching a female and a cub down on Line Creek. So it didn’t take long to see the second one.”

Twenty-four years after Stewart saw his first grizzly bear along the Beartooth Face, the bruins are now a more common sight. He’s seen them while walking his dog near Red Lodge, which has a growing population of about 2,000 people – the largest community along the Front. Residents have photographed bears wandering suburban streets, and livestock depredations by grizzlies occur annually on nearby ranches.

With more bruins in nearby Yellowstone National Park, it was only a matter of time before they explored adjacent wildlands, including the Beartooth Mountains.

“As the Yellowstone ecosystem filled it seemed that bears spilled out of the park to the east first, into some of that Wyoming country and some of that good bear habitat on the east border of Yellowstone, then maybe a little bit more to the southeast,” Stewart said. “They were a little slower to get into the Beartooths, for whatever reason. Part of that is that the Beartooths themselves, those high alpine plateaus, are not really that great a grizzly habitat. There are bears there occasionally, but I’ve often wondered if … that large block of alpine habitat … was somewhat of an impediment to their movement.”

Now on flights to count wildlife for FWP, Stewart sees half-a-dozen grizzlies a year. While hiking he spies their tracks in the mud and their hair caught on barbed wire fences. One Wyoming bear that was captured left its ear tag snagged on a Montana fence.

“You quickly realize that there is really no place in the Beartooths, and I mean this literally, where you have no likelihood of running into a bear,” Stewart said. “At some time, during the course of the year, or course of a couple three years, there are bears in every drainage. There is no place that I can say there are not going to be bears, because we’ve got observations practically every place now.”

Since 2012, following a significant fire in the Beartooth Ranger District, grizzly bear depredation of livestock along the northern face of the Beartooth Front have occurred every year, according to Shawn Stewart, a Fish, Wildlife & Parks wildlife biologist stationed in Red Lodge.

Bears captured for killing livestock have ranged from young males, to females. One male was over 20 years old. So no single age category or sex seems to be more inclined to see cattle and sheep as possible prey, he said.

“The ranching community is dealing with, essentially, a new problem that they’ve never had to deal with before, and there’s a cost to that,” Stewart said.

Expenses for livestock producers to keep bears away may include: range riders, electric fences around lambing or calving areas and chicken coops, cleaning up spilled grain and fruit from trees and disposing of dead cattle, along with the costs of animals killed.

Livestock depredations by predators are handled by the U.S. Department of Agriculture’s Wildlife Services branch. If Wildlife Services investigates and can prove livestock were killed by a predator, a state fund will compensate the landowner.

Powering your home or business with green energy

This sea toad has fins that act like feet

This sea toad has fins that act like feet

Car tires recycled as mobile shelters for cats in Cairo

Car tires recycled as mobile shelters for cats in Cairo 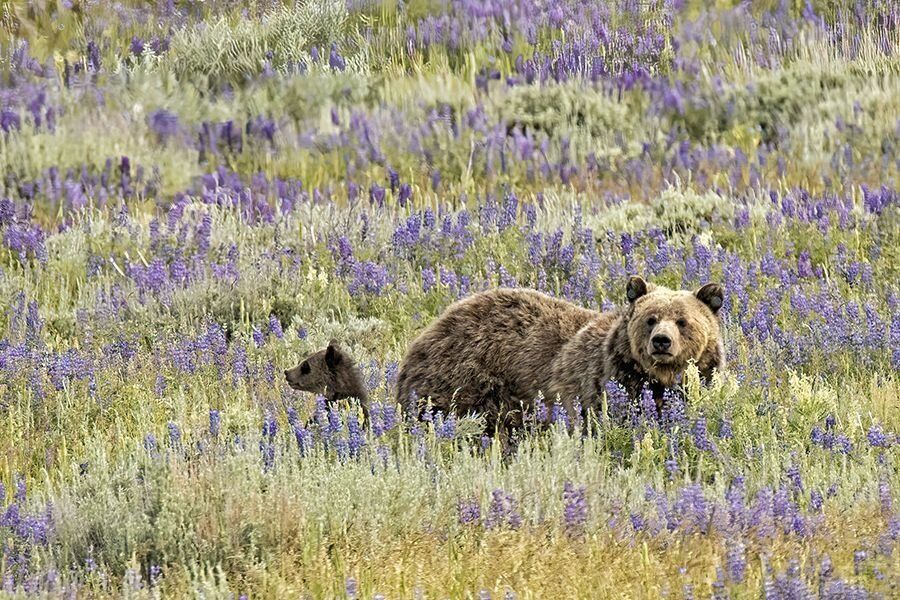 Grizzly 896, a Red Lodge-area resident, was photographed last summer with one of two cubs. Both survived the winter and were with her as yearlings. 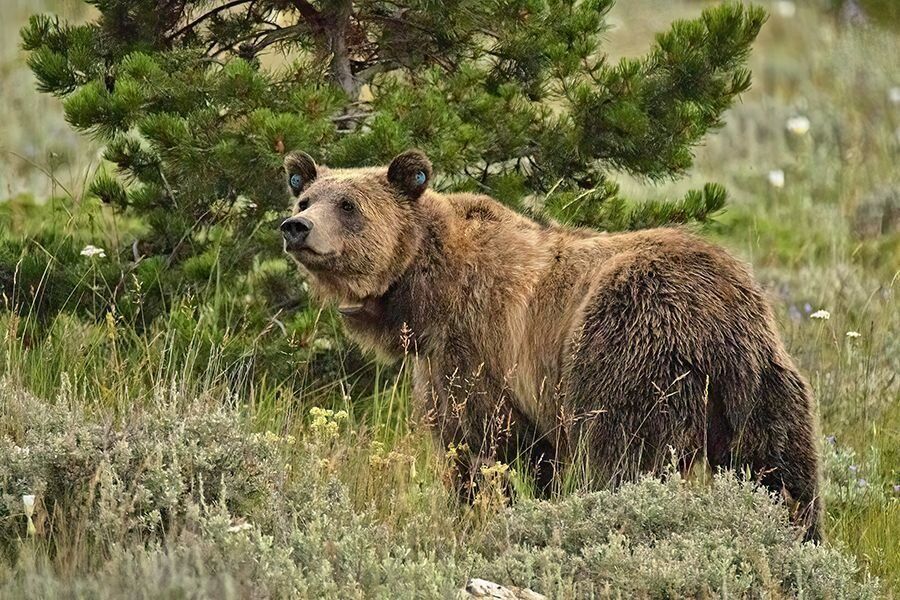 Grizzly bear 896 has become a resident in the Red Lodge area along the east face of the Beartooth Front, according to Shawn Stewart, a Montana Fish, Wildlife & Parks wildlife biologist.

Map shows population disbursement of grizzly bears in the Greater Yellowstone Ecosystem from 1990 to 2018 (source: Wyoming Fish and Wildlife Department)