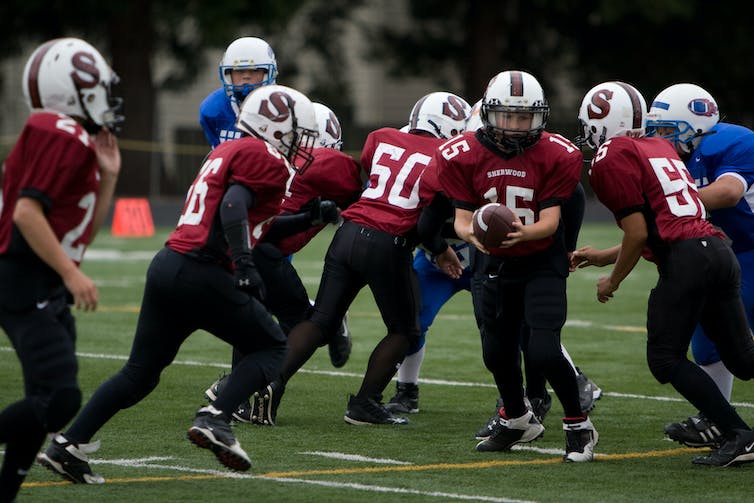 What ethical issues should you consider when watching football? Chris Brooks/flickr.com, CC BY-ND

For a large swath of Americans, fall means football. But, as in previous years, this season’s football has been mired in controversy.

Most notable of these has been the Colin Kaepernick case. Kaepernick has accused the NFL of colluding to keep him off the field because of his protests against racism, police brutality and racial inequality during the playing of the national anthem. A recent ruling has granted him a full hearing in the dispute.

And this hasn’t been the only controversy. Scientific findings have shown that regular practice of football increases the risk of brain diseases. Allegations regarding the intrinsic violent nature of the game and an increasing commercialization of the sport have been the subject of recent headlines as well.

For fans who consider the sport from an ethical perspective, all these issues raise a question: Is watching football morally problematic?

“There’s something admirable about the performance of an excellent running back, a scrambling quarterback or a defensive player with the knack of being in the right place at the right time. Anyone who has tried to match such performances must admire them.”

However, in the way it is currently practiced, football is seriously dangerous for players.

Repetitive brain trauma makes football players highly vulnerable to chronic traumatic encephalopathy, a neurogenerative disease. A 2017 study found that 99 percent of deceased NFL players who had donated their brains to scientific research suffered from this disease. 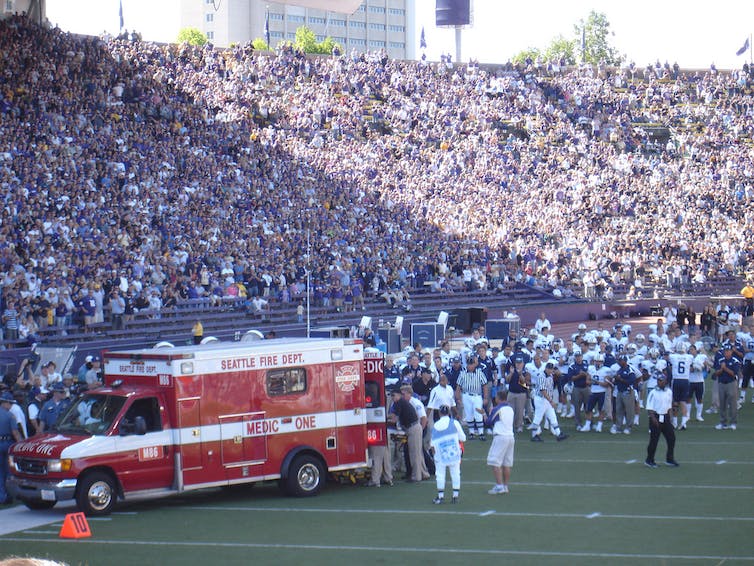 In addition, football players suffer the most injuries among athletes. A study of the injury rates among high school student-athletes estimated that the injury rate for football was twice that of soccer or basketball.

In his blistering 1991 poem “American Football,” British writer Harold Pinter, winner of the 2005 Nobel Prize in literature, depicts the sport as “deliberately” violent. Aimed at satirizing the violent character of the Gulf War, Pinter portrays war and football as being intimately connected.

As scholars who study the ethics of sport, we would argue that while football does require the use of bodily force, it is not that football is inherently violent. Sport philosopher Jim Parry, for example, contests this claim by defining violence as involving “intentional hurt or injury to others.”

It is not inherent violence but a culture of violence around the sport that is troubling.

Nate Jackson, a former football player, describes in his 2013 memoir, “Slow Getting Up,” that for most of his colleagues, the main rewards of the sport relate to violence. For instance, one of the main lessons players must learn to be successful is “decide what you’re going to do and do it violently.”

Furthermore, far from being ideologically neutral, some commentators argue football appeals to conservative values. Registered Republicans have been found more likely to be NFL fans than registered Democrats. Perhaps this could explain President Donald Trump’s denunciation of players who decided not to stand for the pregame national anthem.

As for its commercialization, consider the following: In the last decade, the NFL has raked in billions in lucrative broadcasting rights deals. Verizon paid over US$2 billion for five years for the right to stream NFL games across its digital platforms.

It is true, as philosopher Alasdair MacIntyre contends, social practices need institutions to flourish. In turn, institutions require financial resources to accomplish that goal. The problem, however, comes when institutions pursue those resources at the expense of the very virtues and values that define those practices.

In the case of football, it could be argued that the form and skills that make it appealing are now a model for revenue generation. In doing so, its inherent virtues and values have been deemphasized, in favor of market values.

As Michael Oriard, a former football player and historian, contends, the story of NFL football “is necessarily about money, lots of money. Professional football has always been about money.” The commercial aspect has become even more prominent as a result of its commodification as a television product.

These days the litany of television commercial breaks has not only negatively impacted the length and pace of games but also driven fans’ attention away from football. Indeed, NFL Commissioner Roger Goodell admitted that the league worried about the impact of commercials in the flow and pace of the game.

What are the ethics? 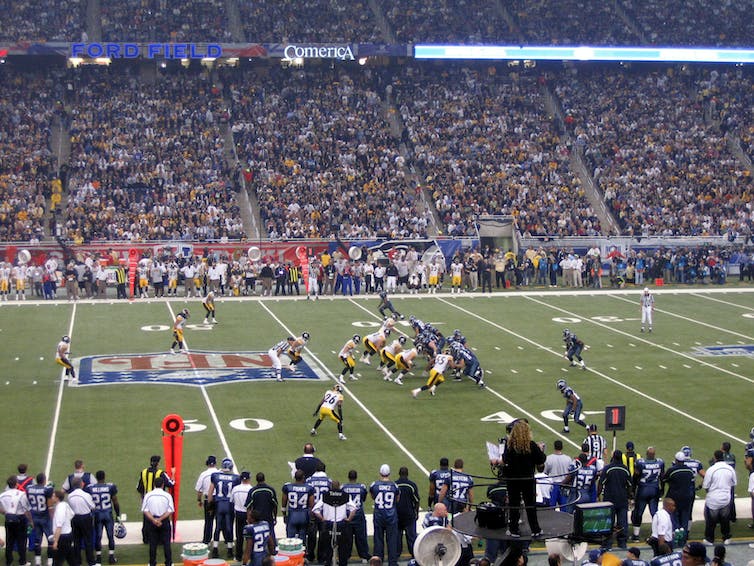 Historians point out that the Super Bowl is America’s largest shared cultural experience. It could be argued that football fans learn to speak and shape their national identity by, among other things, engaging in the sport. Football, in other words, embodies and reveals the main values of the culture, playing a key role in shaping the way in which Americans imagine their common national identity.

Considering all the morally problematic aspects surrounding football, it is worth asking: Is this the kind of social practice around which Americans should imagine and build their national identity?

Editor’s note: This piece is part of our series on ethical questions arising from everyday life. We would welcome your suggestions. Please email us at ethical.questions@theconversation.com.