Q&A: Some things to know about the 'murder hornet,' now in the US
0 comments
Share this
× 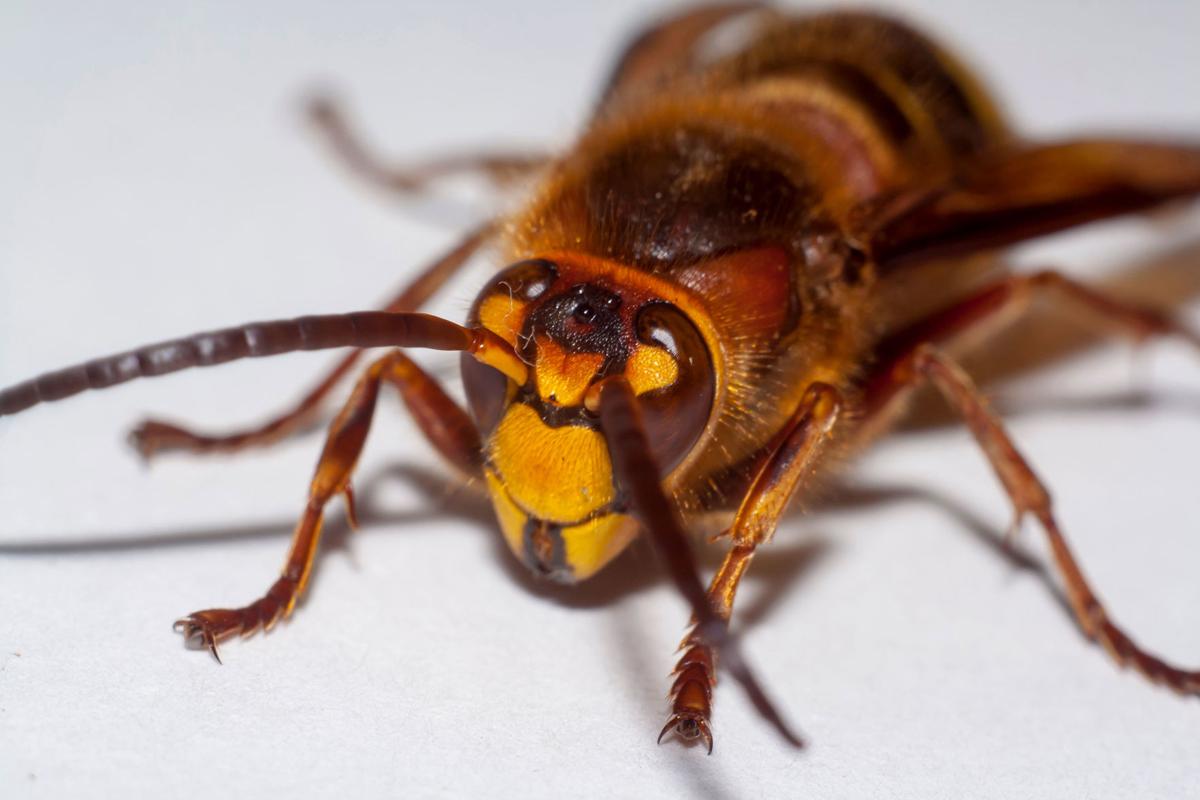 The Asian giant hornet is nicknamed the "murder hornet." And yes, it's as bad as it sounds. 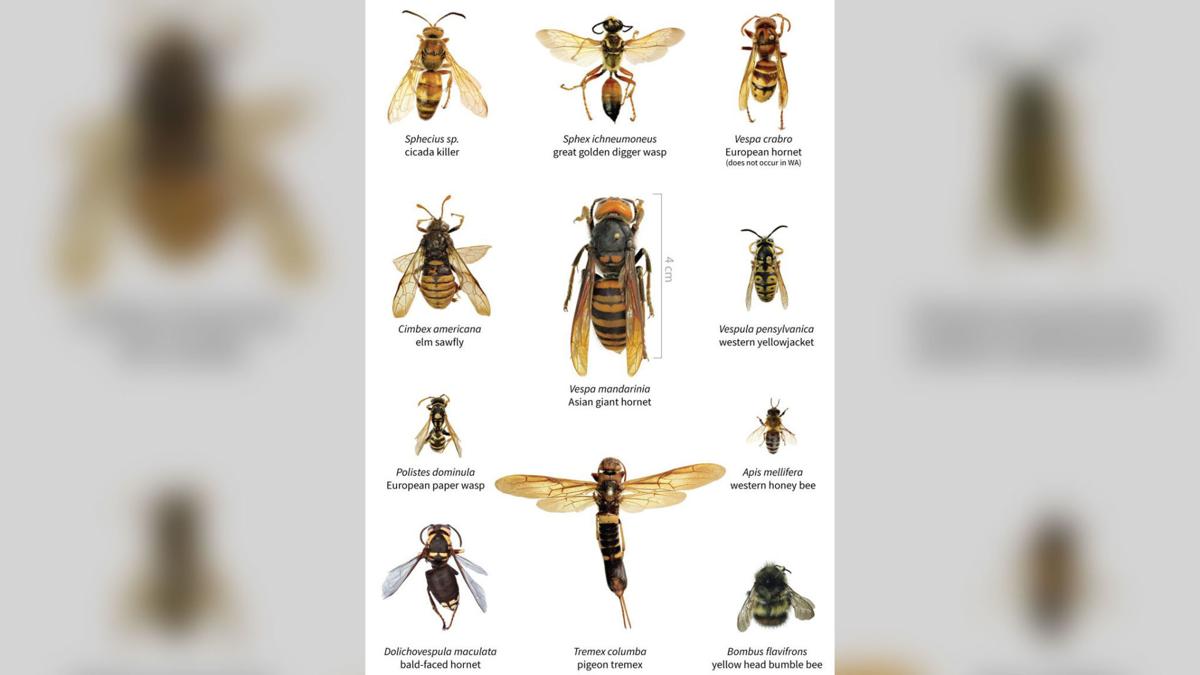 A size comparison of the Asian giant hornet and several other insects.

Just when you thought 2020 could not get any worse. Now we have giant hornets with freakish eyes and a venomous sting to add to this year's long list of worries.

For the first time, Asian giant hornets have been spotted in the United States, specifically in Washington state, scientists say. Beekeepers have reported piles of dead bees with their heads ripped off, an alarming sight in a country with a rapidly declining bee population.

At more than two inches long, they're the world's largest hornets with a sting that can kill humans if stung multiple times, according to experts at the Washington State University. The giant insects are nicknamed "murder hornets."

"They're like something out of a monster cartoon with this huge yellow-orange face," Susan Cobey, a bee breeder at the Washington State University's department of entomology, said recently.

How did they come to the US?

Scientists don't know how these giant hornets native to Asia ended up in Washington state.

They can sometimes be transported in international cargo, according to Seth Truscott with WSU's college of agricultural, human and natural resource sciences.

The giant hornet was first spotted in the state in December, and scientists believe it started becoming active again last month, when queens emerge from hibernation to build nests and form colonies.

"Hornets are most destructive in the late summer and early fall, when they are on the hunt for sources of protein to raise next year's queens," Truscott said on the WSU's Insider.

"They attack honey bee hives, killing adult bees and devouring bee larvae and pupae, while aggressively defending the occupied colony," he added. "Their stings are big and painful, with a potent neurotoxin. Multiple stings can kill humans, even if they are not allergic."

What should you do if you spot one?

Washington state agricultural officials are asking beekeepers and residents to report any sightings of the giant hornets. But don't get too close. Its sting can penetrate a regular beekeeper's suit, and state scientists had to order special reinforced suits.

"Don't try to take them out yourself if you see them," said entomologist Chris Looney of the state Department of Agriculture. "If you get into them, run away, then call us! It is really important for us to know of every sighting, if we're going to have any hope of eradication."

When are they most destructive?

The giant hornets especially target bees between late summer and the fall.

"The most likely time to catch Asian giant hornets is from July through October -- when colonies are established and workers are out foraging," the Washington State Department of Agriculture said in a statement. "Traps can be hung as early as April if attempting to trap queens, but since there are significantly fewer queens than workers, catching a queen isn't very likely."

State officials set up traps and launched an app to quickly report sightings, saying just a few of the hornets can devastate a hive within hours.

Bees pollinate plants producing fruit, nuts and vegetables, and are crucial to the nation's food industry. Attack by the hornets risks decimating bees, which are already on endangered lists due to their sharply declining numbers.

The 'murder hornet' isn't the only giant bug to worry about. Meet the gypsy moth.

Females can lay hundreds of eggs, which become caterpillars and munch through more than 500 different tree and shrub species.

The Asian giant hornet is nicknamed the "murder hornet." And yes, it's as bad as it sounds.

A size comparison of the Asian giant hornet and several other insects.