In 1912, the same year Woo was born in China, the new Republic of China outlawed the traditional practice of female foot binding.

It seems that Woo’s own independent spirit and courage helped her escape other ties that bind.

There was a time when her mother tried to marry her off to a man in China. Woo recalled years later that she had told her brother, “I’m not having none of that.”

That feisty detail about Margaret Woo is embedded in a research paper recently published by Pat Munday, a professor at Montana Technological University, and Shihua Chen Brazill from Montana State University.

Brazill, originally from China, and Munday have been involved with the Mai Wah Society in Butte. The two met when Brazill was a graduate student at Montana Tech.

Their article examines “the sojourner hypothesis” and its relevance to Chinese who lived and worked in the U.S. but intended someday to return to China.

It seems Woo never had such intentions.

The article also explores “the role of fashion in exemplifying Chinese feminism and modernity, and the assimilation of second generation Chinese-American female immigrants into American life.”

The fashion scrutinized most closely is the “cheongsam” dress. It evolved as a tight-fitting garment. “Tailored with twenty-four body measurements and with ornate trim and frog-style buttons, each dress was a work of art,” wrote Brazill and Munday.

The dresses could be suggestive, with a high slit up the side and even occasionally somewhat see-through, Munday said.

The Mai Wah Society’s collection includes 27 cheongsam dresses donated in 2015 by the granddaughters of Margaret Woo and Howard Chinn.

“The dresses are absolutely stunning,” Munday said. “They are a real expression of the Chinese woman’s independence."

In Minneapolis, Woo met Howard Chinn during World War II when he was stationed at Fort Snelling and she worked at the family restaurant. Howard was a member of one of the most prominent Chinese families in Butte. The Chinns owned and operated the Wah Chong Tai mercantile and Mai Wah Noodle Parlor.

Munday and Brazill became intrigued by Woo’s story. For one thing, it held resonance for Brazill, “who had left her family and a familiar life behind in China to come to America alone, with no connections, at the age of twenty-three,” the authors explain.

Brazill writes, “I told my parents, ‘I’m going to America!’ and in my hands I held my passport, visa and airline ticket so they couldn’t refuse.”

“The Chinese are really big on individual choices,” Munday said. “We don’t think of them that way now because of Communism and oppression.”

Chinese immigrants to the American West in the mid-19th century often faced discrimination and prejudice that could turn deadly.

One example: On Sept. 2, 1885, a mob of white coal miners in Rock Springs, Wyoming, angry about Chinese miners working for wages lower than those sought by the union, attacked their Chinese co-workers, killing 28, wounding 15 and sacking the Chinatown in Rock Springs.

No one was prosecuted.

“It was a lot easier to be Chinese in Butte than it was in Seattle, California or Wyoming,” Munday said.

Yet anti-Chinese violence occurred in the Butte area too.

A one-paragraph news item in The Anaconda Standard in December 1898 reported, “In 1879 or 1880, several drunken men passed the cabin of a Chinaman at Rocker and amused themselves by hanging him to a projecting ridge pole, where his dead body was found the next day. Several men were suspected, but the crime was never fastened on any one.”

That “thriving” often engendered resentment in Butte and elsewhere where Chinese laborers were active.

In 1882, Congress passed the Chinese Exclusion Act. It prohibited Chinese laborers — defined as “both skilled and unskilled and Chinese employed in mining” from entering the country.

The act’s passage was the outcome of decades of racial hostility and anti-immigration campaigns by white Americans.

Regional historian Dick Gibson has observed, “The climate in Butte by the middle 1890s was profoundly anti-Chinese. William Owsley, a prominent businessman who owned one of the largest livery and transfer companies in Montana, was elected Butte Mayor in 1884 in part through his campaign slogan, ‘Down with cheap Chinese labor.’”

The Butte Miners’ Union and the Silver Bow Trades and Labor Assembly called for a boycott of Chinese and Japanese businesses. For a variety of reasons, the boycott failed. A host of Chinese individual complainants in Butte sued union officials organizing the boycott and won. The sole business plaintiff was Wah Chong Tai Co.

Some estimates suggest Butte’s Chinese population peaked at about 1,000, though other figures have been bandied about. There is no way to guess how many of these immigrants were “sojourners” who planned to make money in the U.S. and return to China.

Margaret Woo, born in China, clearly was not a sojourner, though her father had built a red brick house in China and planned to return there after making his fortune. He died in 1934 in America. Woo traveled in 1935 with her mother and two brothers to take his body back to China. She was 23 years old.

Woo remained in China for a time, taking classes at Lingnan University, but left for the U.S. in late 1937 after Japan accelerated its war against China.

The attack by Japan on the Naval Base at Pearl Harbor brought America into World War II. A few years later, the war brought Howard Chinn into Woo’s life.

Woo grew up in Minneapolis. Munday and Brazill report that “growing up in Minneapolis was very different from the experience of Chinese children in most of the American West” who were more likely to experience discrimination, segregation or the brickbats of hate.

Munday and Brazill bring an interesting mix of skill sets to their research on Margaret Woo.

Brazill, a Ph.D. candidate in Adult and Higher Education at Montana State University and an instructor for Multicultural Education, was born and raised in China. She is fluent in English and a native speaker of Mandarin and Cantonese and various Chinese dialects — skills that greatly enhanced the research conducted in China about Woo.

Munday, who received his Ph.D. in history and philosophy from Cornell University, is a past-president of the Mai Wah Society and has taught at three universities in China and held two Fulbright awards to the country.

Munday said little has been written historically from a woman’s point of view about life as a Chinese sojourner, a transnational or someone who decided to integrate into American life.

Margaret Woo Chinn died in October 1982. As described in the paper by Brazill and Munday, and by her daughter Honnay Molloy, she was a woman of many talents. 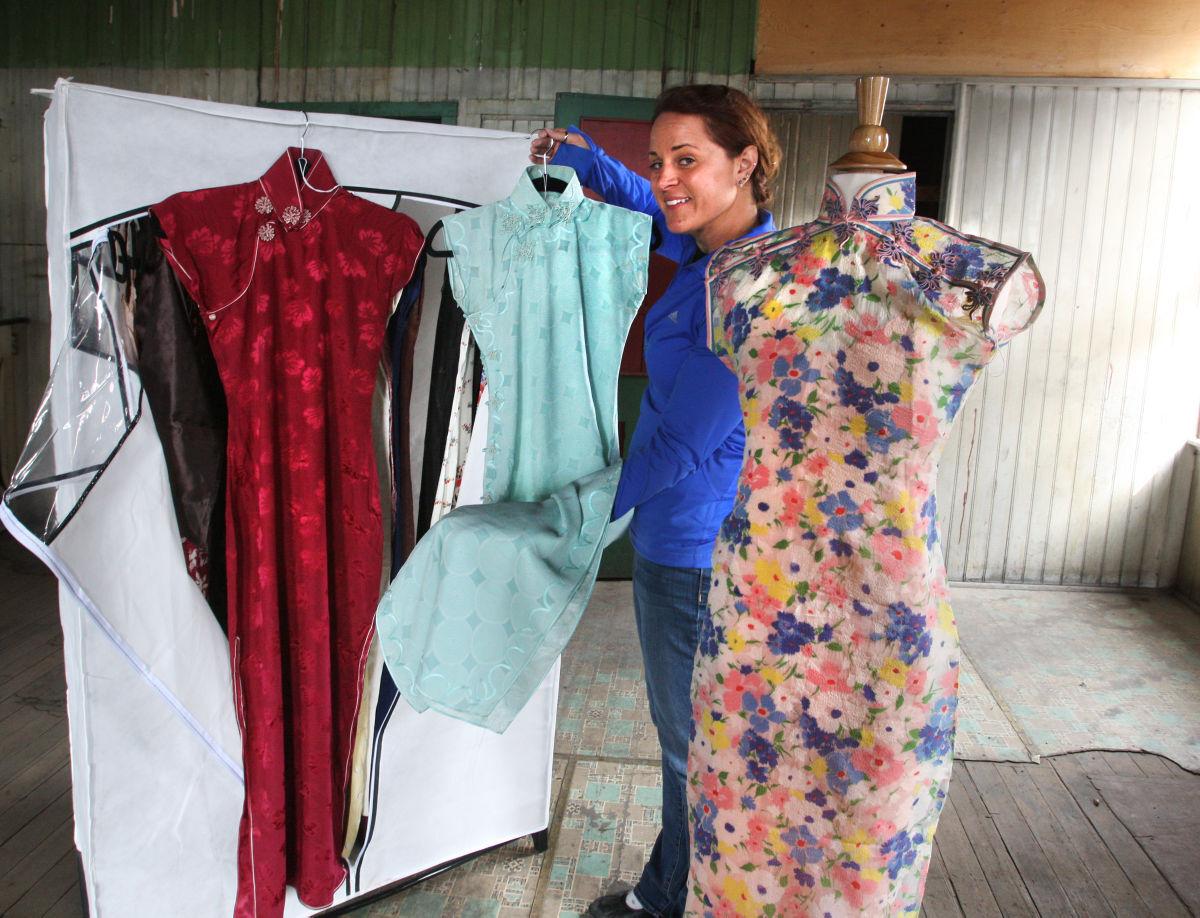 In this file photo, Janna Norby displays a few of the 27 cheongsam dresses donated to the Mai Wah as part of the Woo Chinn Collection. Elizabeth and Kathryn Molloy, granddaughters of Margaret Woo and Howard Chinn, donated the collection. 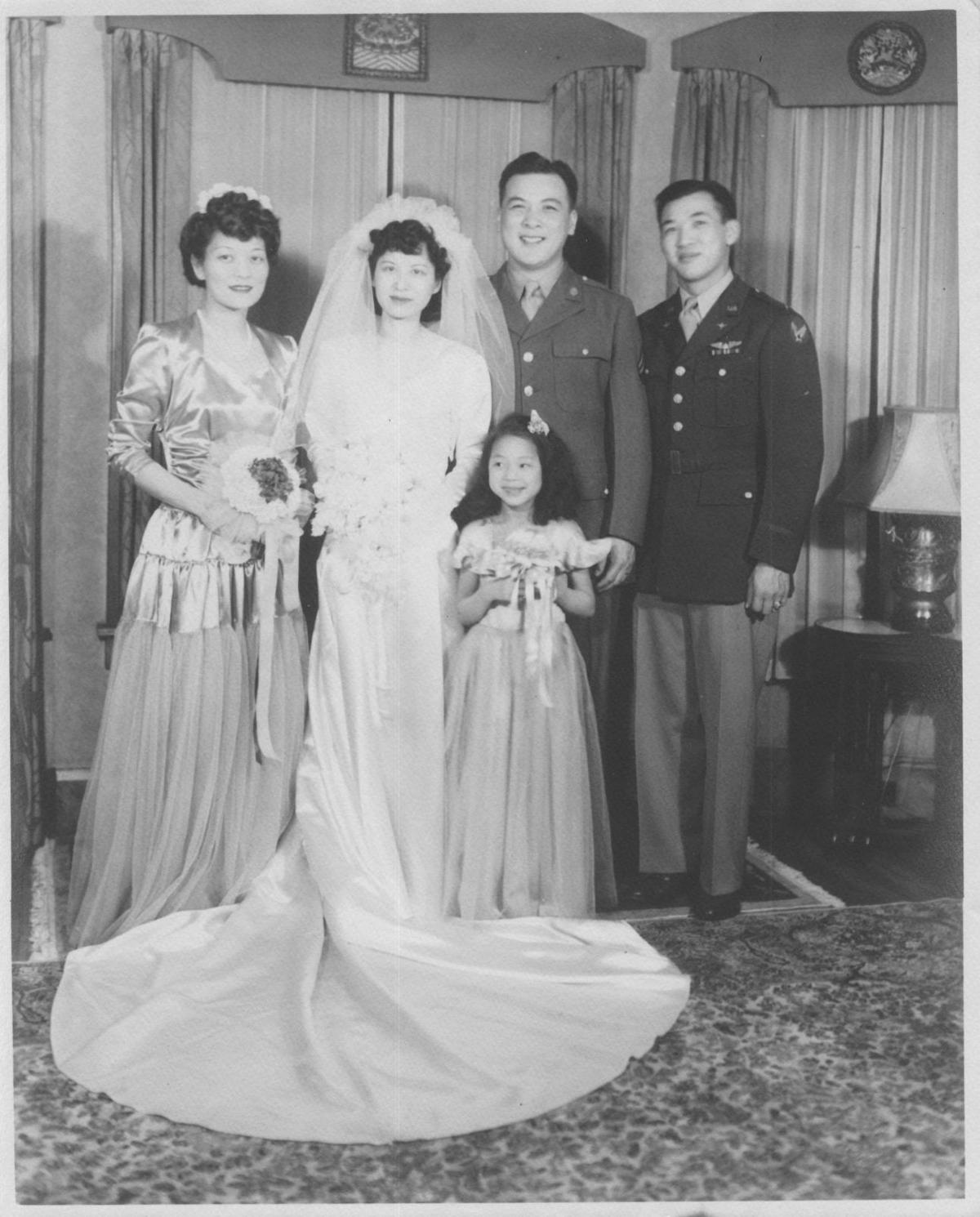 Margaret Woo and Howard Chinn married in 1945. He was a member of a prominent Chinese family in Butte. The couple settled in Minneapolis. 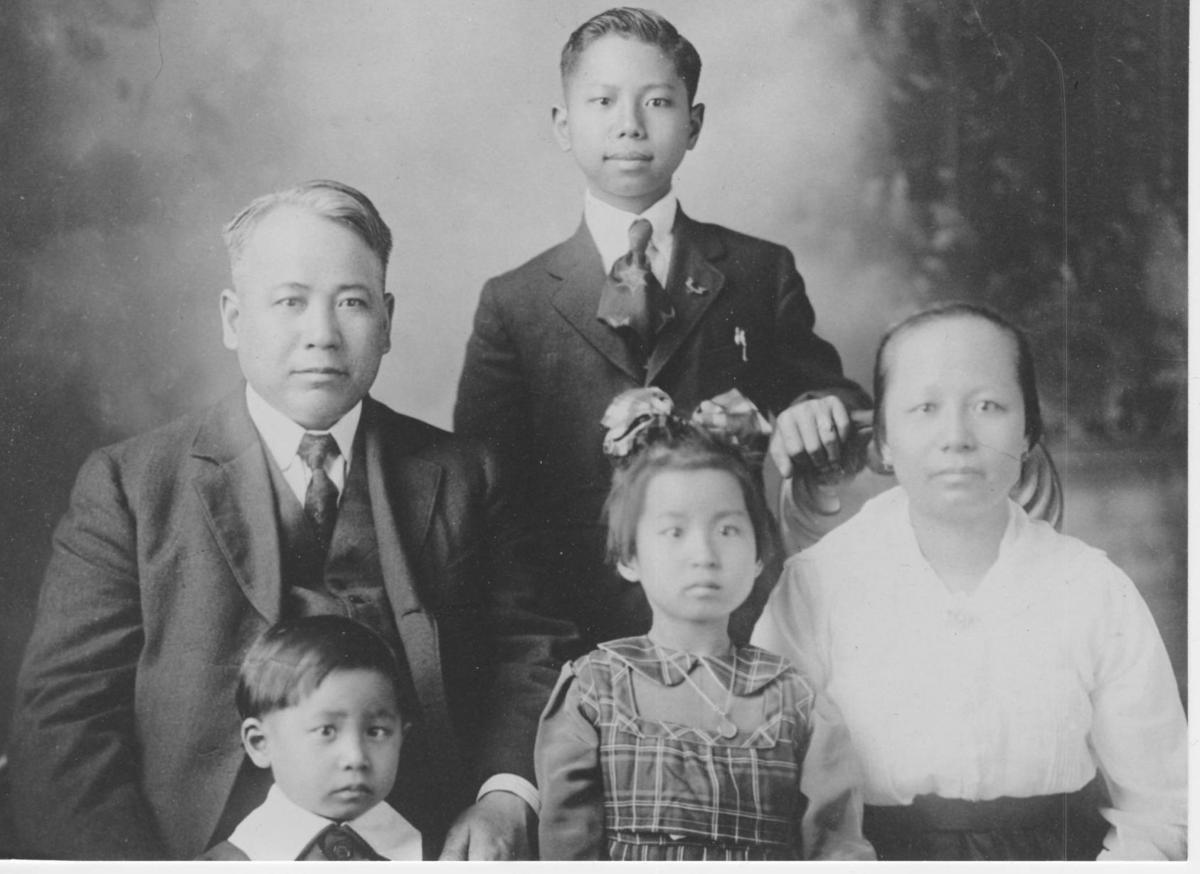 Margaret Woo, center, is pictured with her family in a photo taken around 1918. She was born in China but grew up in Minneapolis. 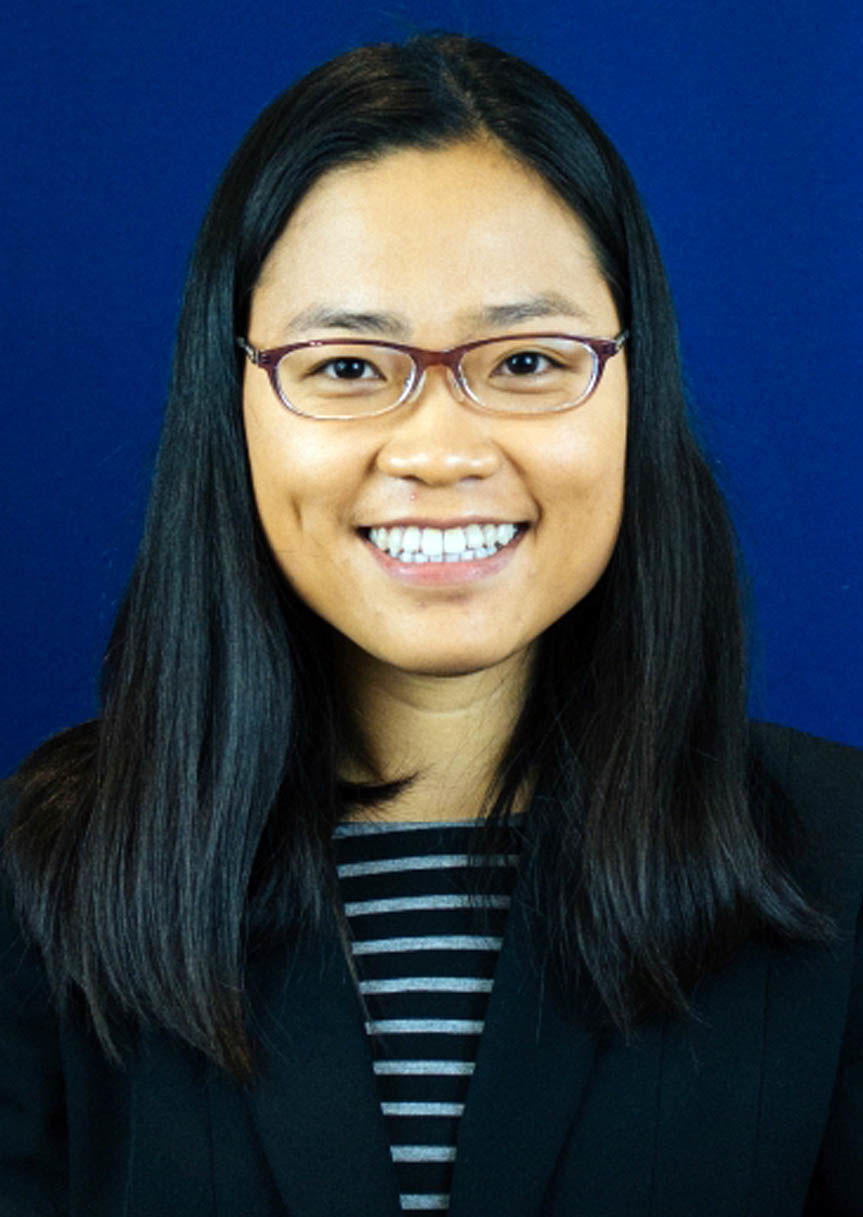 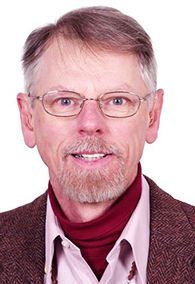