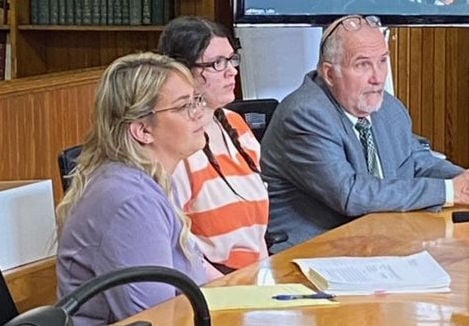 Sandy Moore, center, sits with attorneys Morgan Smith and Walter Hennessey during a court hearing Tuesday in which Moore confessed to killing her older boyfriend in January 2020. 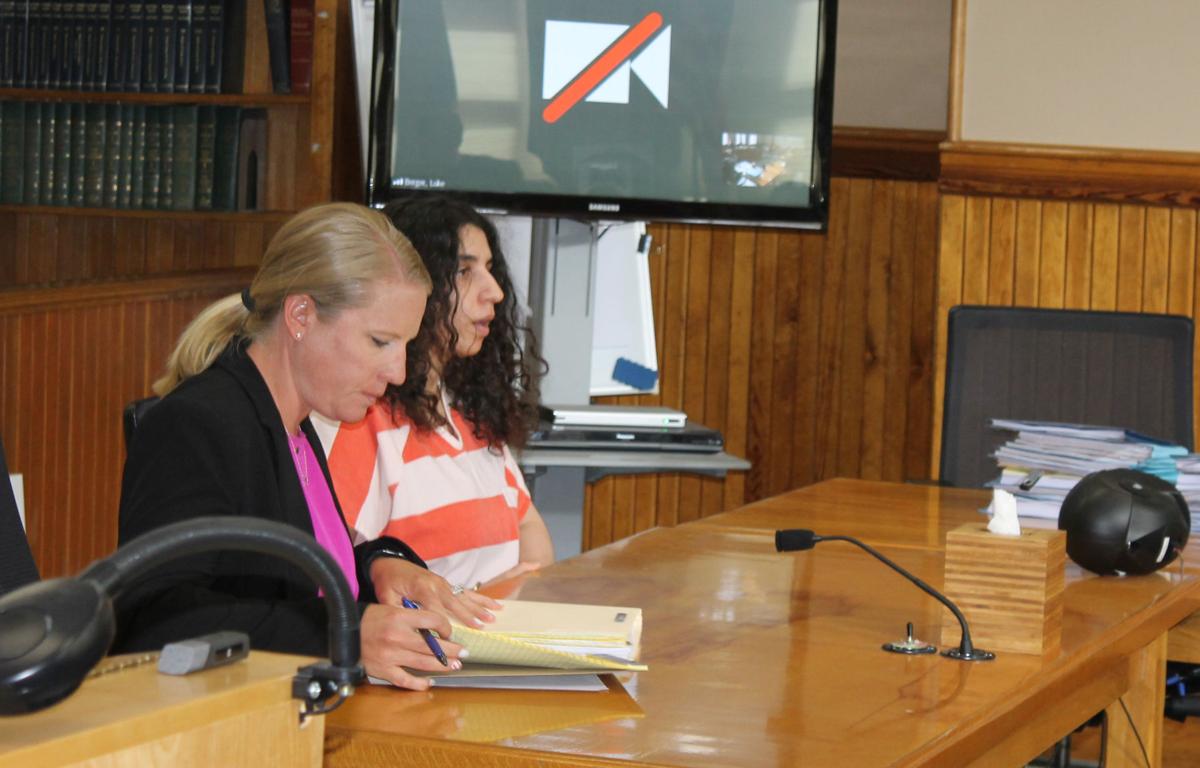 Christina VanDuinen, right, is shown in court Tuesday with her attorney, Jill Gannon-Nagle, before pleading guilty to tampering with evidence in a related homicide case. 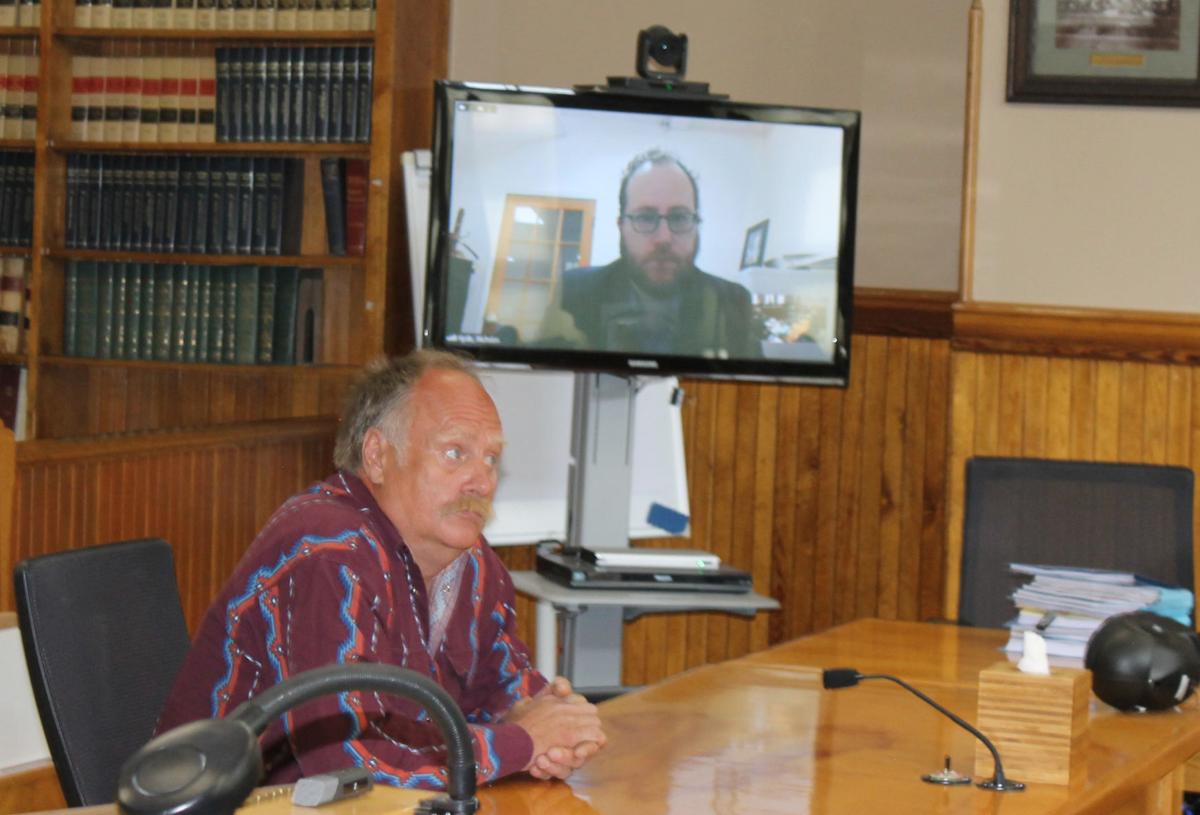 Kerry Samuel Johnson appears in court Tuesday for a hearing on a felony obstruction of justice charge related to a homicide case in Dillon. His attorney, Nicholas Hyde, is appearing via Zoom behind Johnson and asked a judge for more time to consider a plea offer.

A woman says she got into a heated argument with an older boyfriend she lived with in Dillon before she strangled him to death with a rope in January 2020.

Sandy Rose Moore confessed to the crime Tuesday in pleading guilty to mitigated deliberate homicide. She faces up to 40 years in prison if District Judge Luke Berger goes along with prosecutors’ recommendations when he sentences her at a later time.

Moore, who was 19 at the time, said she got into an incredibly heated argument on January 9, 2020, with 49-year-old Larry Coon at a rental house in which they were staying in Dillon.

In answering questions from her attorney, Moore said Coon then threatened to call child protective services on a family member and she grabbed the rope, put it around his neck and killed him.

She acknowledged that she knew what she was doing but said she was in “extreme emotional duress” because of the argument. She was calm, composed and polite throughout the 10-minute hearing.

VanDuinen pleaded guilty to the tampering charge Tuesday and faces up to 10 years in prison when sentenced.

A July 9 trial date was previously set for Moore on a deliberate homicide charge, which is punishable by death or up to 100 years. Prosecutors were not seeking the death penalty and when the trial date was set in March, an evaluation on Moore’s fitness to proceed was still pending.

In a deal with prosecutors, Moore pleaded guilty Tuesday to mitigated deliberate homicide, meaning it was committed “under the influence of extreme mental or emotional stress for which there is a reasonable explanation or excuse.” Berger ordered a pre-sentencing investigation and will set sentencing later.

Under Montana law, the mitigating circumstances are not an element of the reduced crime that the state or defense is required to prove but either side can present evidence of mitigation.

A conviction carries a minimum sentence of two years in prison and maximum of 40 years. Prosecutors are recommending that Moore be sentenced to the Montana Women’s Prison for 40 years and her defense attorneys are free to argue their own range at sentencing.

But under the plea deal, Moore would be allowed to withdraw her guilty plea if Berger exceeds the state’s recommendation. The only way he could do that is to impose a parole restriction beyond 10 years.

According to prosecutors, Johnson indicated on Jan. 11, 2020, he might know the location of a dead body. He told police he had been at Coon’s home to fix the washer and dryer and found Coon’s wallet but he wasn’t there. He said Moore was acting “strange and nervous.”

Police went to the home and after Moore first refused them admittance, she let officers inside, saying she and Coon had argued and he was out for a walk to calm himself.

Police found Coon’s body between the washer and dryer, with a plastic bag over his head, in a position that indicated the body had been moved. Moore was arrested immediately.

A search turned up numerous articles of evidence and neighbors said they heard Moore and Coon fighting frequently. They said two people identified as Johnson and VanDuinen had been frequenting the house.

VanDuinen told police Moore had admitted killing Coon. But VanDuinen explicitly denied seeing or touching Coon’s body “despite having detailed knowledge of the condition and location of the body,” according to charging documents.

Johnson said he wasn’t present when Coon was killed, had not seen the body nor attempted to move it. But police inspected the washer and dryer and said it was unlikely work had been done on them recently, conflicting with Johnson’s previous statements.

VanDuinen, who was 23 when the crimes occurred, and Johnson, who was 56, both appeared in court Tuesday after Moore. In pleading guilty to tampering, VanDuinen admitted taking steps aimed at concealing the body.

She is already serving time for a separate and previous drug possession conviction and could be sentenced to more time for the tampering conviction. She remained jailed Tuesday.

Johnson is considering a plea offer from prosecutors on the obstruction charge and needed another week to think about it, his attorney, Nicholas Hyde, said via Zoom. Johnson is free on bond in the meantime.

Two arraigned in Dillon homicide case, third suspect has yet to plead

A judge entered not-guilty pleas Tuesday on behalf of a woman accused of killing longtime Dillon resident Larry Coon in January, while another…

A lurid story of homicide and obstruction of justice is related in court documents related to the death of Larry Coon of Dillon.

Sandy Moore, center, sits with attorneys Morgan Smith and Walter Hennessey during a court hearing Tuesday in which Moore confessed to killing her older boyfriend in January 2020.

Christina VanDuinen, right, is shown in court Tuesday with her attorney, Jill Gannon-Nagle, before pleading guilty to tampering with evidence in a related homicide case.

Kerry Samuel Johnson appears in court Tuesday for a hearing on a felony obstruction of justice charge related to a homicide case in Dillon. His attorney, Nicholas Hyde, is appearing via Zoom behind Johnson and asked a judge for more time to consider a plea offer.