For the first time since 1982, the Berkeley Pit is not collecting water.

About three million gallons a day are being pumped out, which is roughly the equivalent of the groundwater and stormwater that goes in.

Montana Resources started pumping and treating the most contaminated water body in the nation last week.

Mark Thompson, MR vice president for environmental affairs, said the mine company has been testing the pumping and treating of Berkeley Pit water since sometime in March, but last week was the first time the mine has let the water run through the mine’s new wastewater treatment system consistently.

Atlantic Richfield Company turned off the groundwater pumps on the Berkeley Pit, a large copper mine operation, on Earth Day in 1982. The 900-foot hole in the ground has been slowly filling with water ever since. Thompson said it contains about 45 billion gallons of water. It is water saturated in metals of all stripes and hazard levels, plus sulfur.

Because the entire system isn't fully up and running yet, MR is planning to stop the pumping and treating around the end of May because the water is currently collecting in Yankee Doodle Tailings Impoundment, where tailings are stored.

The mine is running out of storage space at Yankee Doodle. So after a few weeks, MR will stop pumping and treating and wait till the entire system is a go to start again.

MR is currently in the process of trying to permit raising the tailings impoundment another 50 feet to expand its capacity.

As for the polishing plant, it is still under construction.

Michael Abendhoff, Atlantic Richfield's Chicago-based spokesperson, said the release to Silver Bow Creek may not happen until July. The companies intended to have the system up and running earlier this year. But despite the delay, the project is still four years ahead of schedule. MR and Atlantic Richfield didn't have to start pumping and treating the water until 2023, which was the deadline the Environmental Protection Agency originally set.

"Construction activities at the polishing plant and on the various pipelines are proceeding with crews working six days per week," Abendhoff said in writing. "We expect to complete construction in June, and to begin to treat water to the standard needed to release it to Silver Bow Creek in June or July. All equipment and pipelines will be tested, and the test results will be approved by EPA, before any water is released to the creek."

But because the rest of the system wasn’t quite ready to go, MR put the pit water back into the pit after the copper had been recovered from it.

Now, after going through the copper recovery process, the water is going off into two different directions.

The Berkeley Pit water is getting mixed with Horseshoe Bend water. That 3.5 million gallons of contaminated water is partly seepage from the Yankee Doodle tailings dam and runs through old Berkeley Pit waste rock, so it, too, is highly polluted.

Of the approximately six million gallons of mixed water, about three million goes to the Horseshoe Bend Water Treatment Plant, where it is treated with lime. The lime causes the metals to drop out.

A polymer gets mixed in at the plant to encourage the metals to settle faster when it reaches one of the two large tanks that the water travels through.

From there, the three million gallons goes through the mill, where the water helps the mining operations.

It then travels through the mill’s regular circuit to Yankee Doodle Tailings Impoundment.

The other three million gallons of mixed water is being piped through new 24-inch thick pipes. It is mixed with slurry – waste rock and waste water – and journeys through the 24-inch pipes to a pump house and a booster station which sends it 700 feet to the impoundment.

Both the pump house and the booster station contain two 800 horsepower engines made of special stainless steel that won’t corrode when in contact with the acidic water and were specially built for this project.

Thompson declined to divulge the cost, but he said they are “very expensive.”

One pump is idle but is available in case the other one goes down for any reason. A computer controls the flow rate and automatically adjusts the system as needed.

That three million gallons of mixed water travels through the pipes and goes straight to Yankee Doodle Tailings Impoundment. It gets mixed with lime injected in with the slurry.

By the time the slurry mixture reaches the impoundment, the metals drop out when it gets to the “beach.” That is what the miners call the brown muck on the south portion of the tailings impoundment, and it is where the contaminated sediment lands.

Eventually, the water will filter through to the relatively clear water pond at the north side of the tailings impoundment.

Thompson said the velocity is too high for the metals to drop out within the pipe system itself. About 50,000 tons of rock travels through the pipes each day. That is the equivalent weight of about 25,000 very large sport utility vehicles, he said.

Ed Simonich, a member of Butte's Restore Our Creek Coalition, said it's a good thing that as much water is now leaving the Pit as is entering it.

But he wasn't entirely satisfied and expressed hope that the water will eventually be discharged at Texas Avenue to help create the man-made meandering creek the community group continues to fight for.

“It’s a very important step for Butte that they’re beginning to treat the water and get the plant going and hopefully, one day, it can be put in at Texas Avenue,” Simonich said.

First phase of pumping and treating pit water up and running

Even while the Berkeley Pit pilot project waits to get underway, Montana Resources has begun the first step in the complex web of treating the…

The Berkeley Pit pilot project won’t get off the ground until summer, mine officials say.

Getting the Berkeley Pit under control: Pumping treated water could start as soon as March

Montana Resources and Atlantic Richfield Company won't have the Berkeley Pit pilot project in time for Christmas this year, but the project is…

The state wants Montana Resources to shorten the length of time it will take the company to reclaim Yankee Doodle Tailings Pond, but the compa…

Atlantic Richfield plans to spend another $100 million on Butte cleanup

Atlantic Richfield Company "anticipates spending another $100 plus million on (the Butte Hill) on remediation, remedy enhancements and communi…

Thought he was being followed

Montana's Steve Bullock announced early Tuesday morning that he is running for president in the upcoming 2020 election. Here's our coverage.

REC Silicon’s factory in Moses Lake, Washington, is shutting down because of the United States' ongoing trade war with China, but the company'…

The two men recently elected to the Butte School District No. 1 school board were sworn in as trustees on Tuesday afternoon. 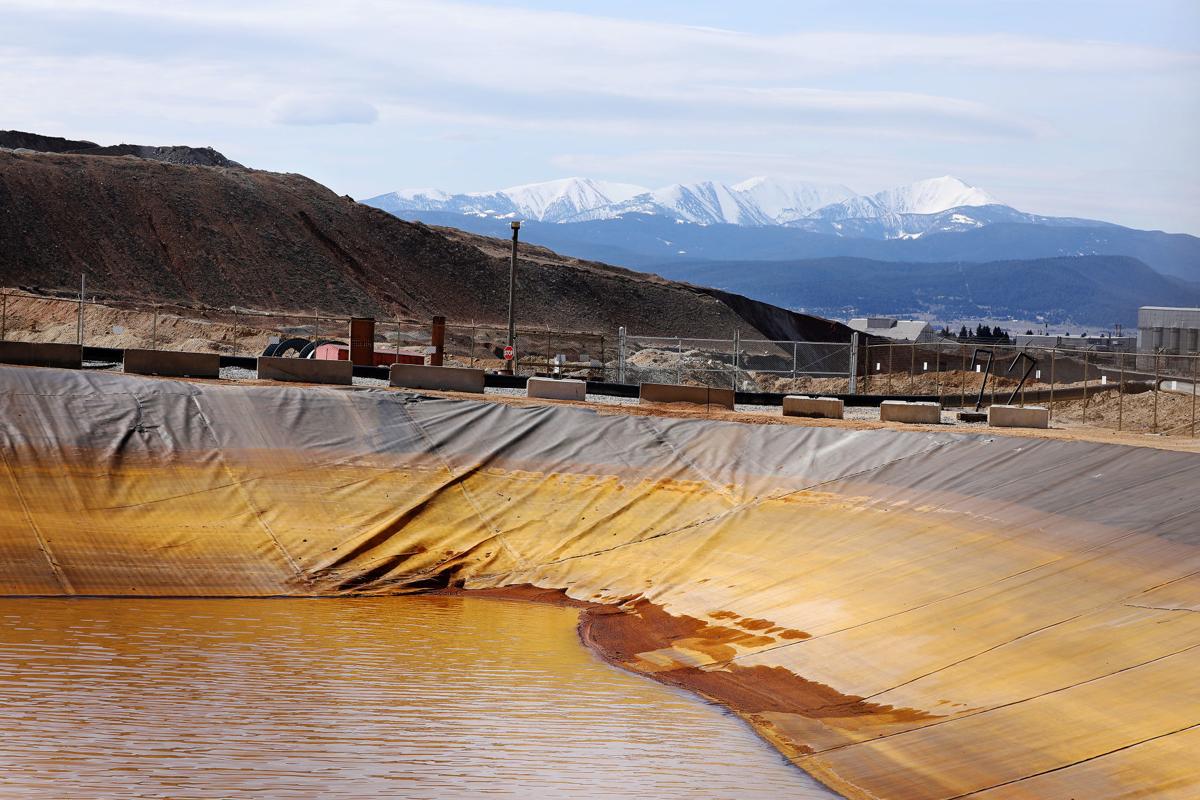 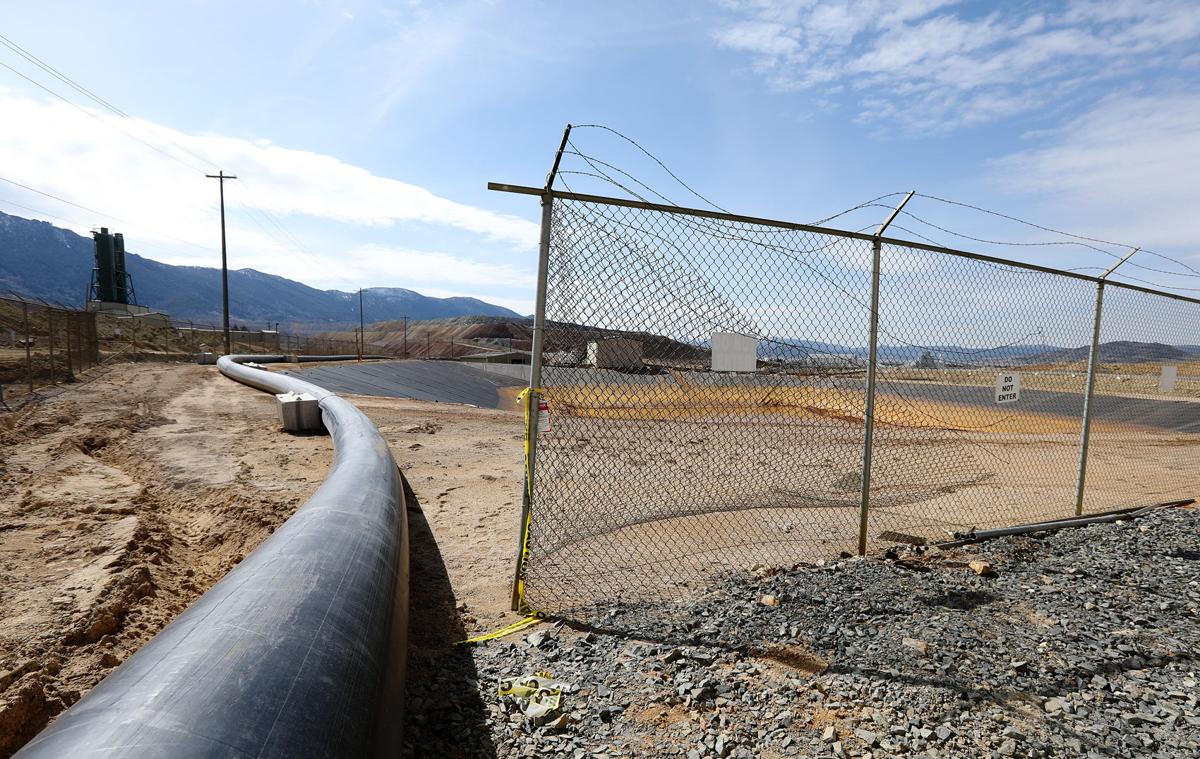 Pipe that is 24 inches travels all around the mine carrying waste water to Yankee Doodle Tailings Impoundment. 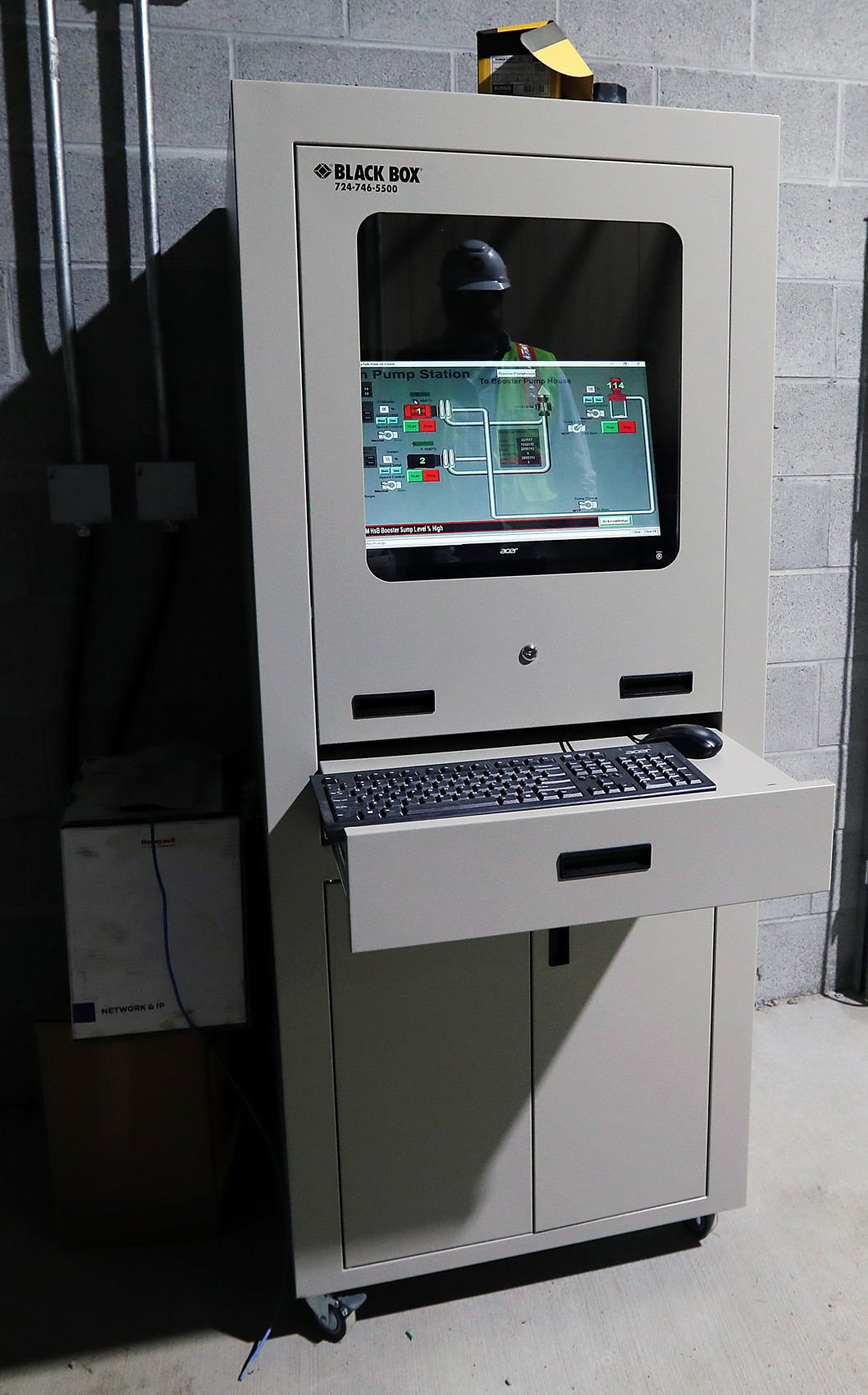 Pictured is the control room of a brand-new pump house built to pump millions of gallons of contaminated water to Yankee Doodle Tailings Impoundment. 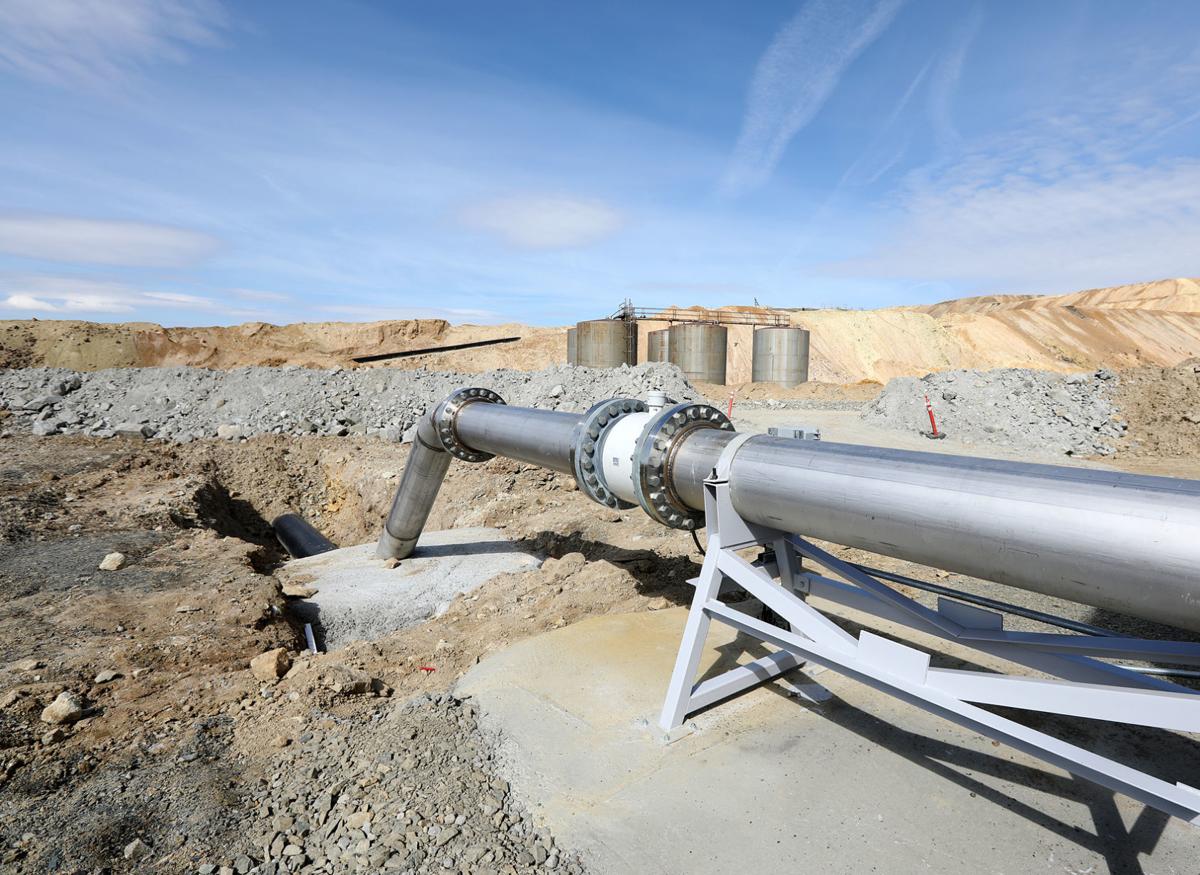 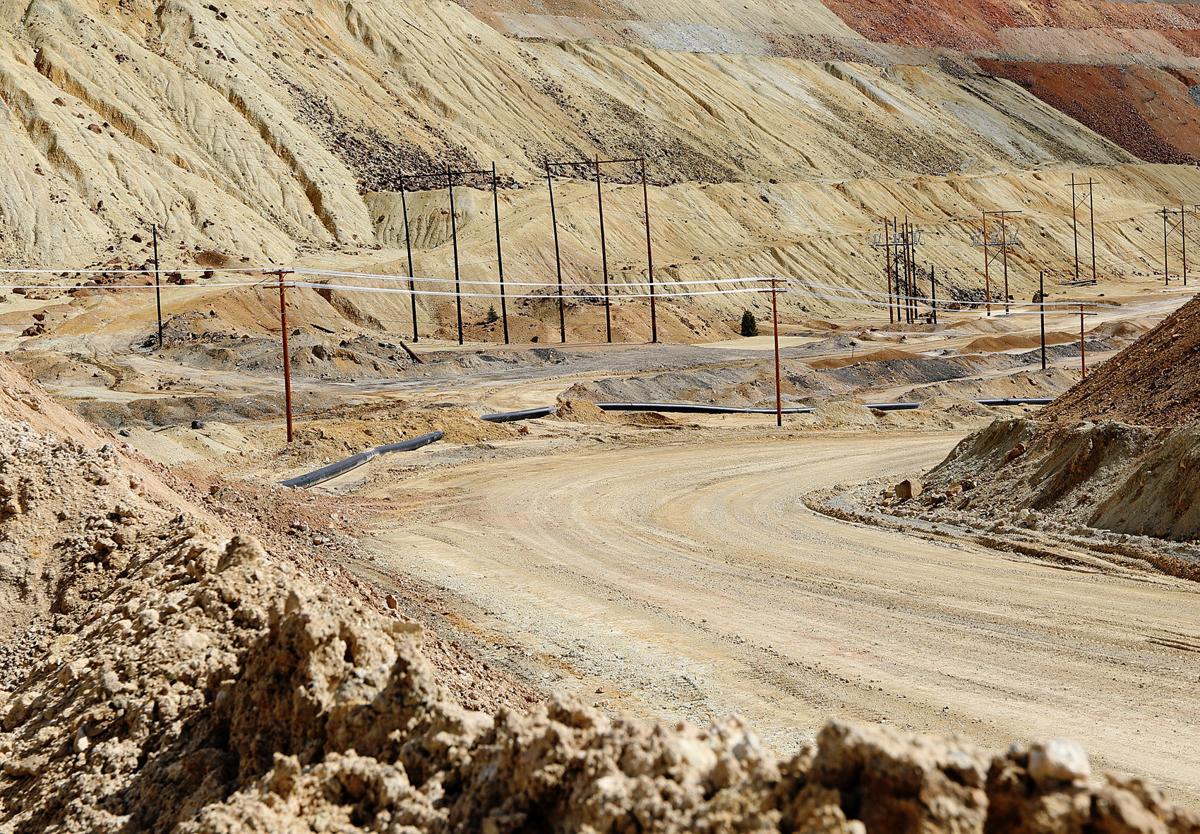 The 24-inch pipe can be seen in the distance along one of the mine haul roads. The new pipe system is part of Montana Resources and Atlantic Richfield Company's new mine waste water treatment system. 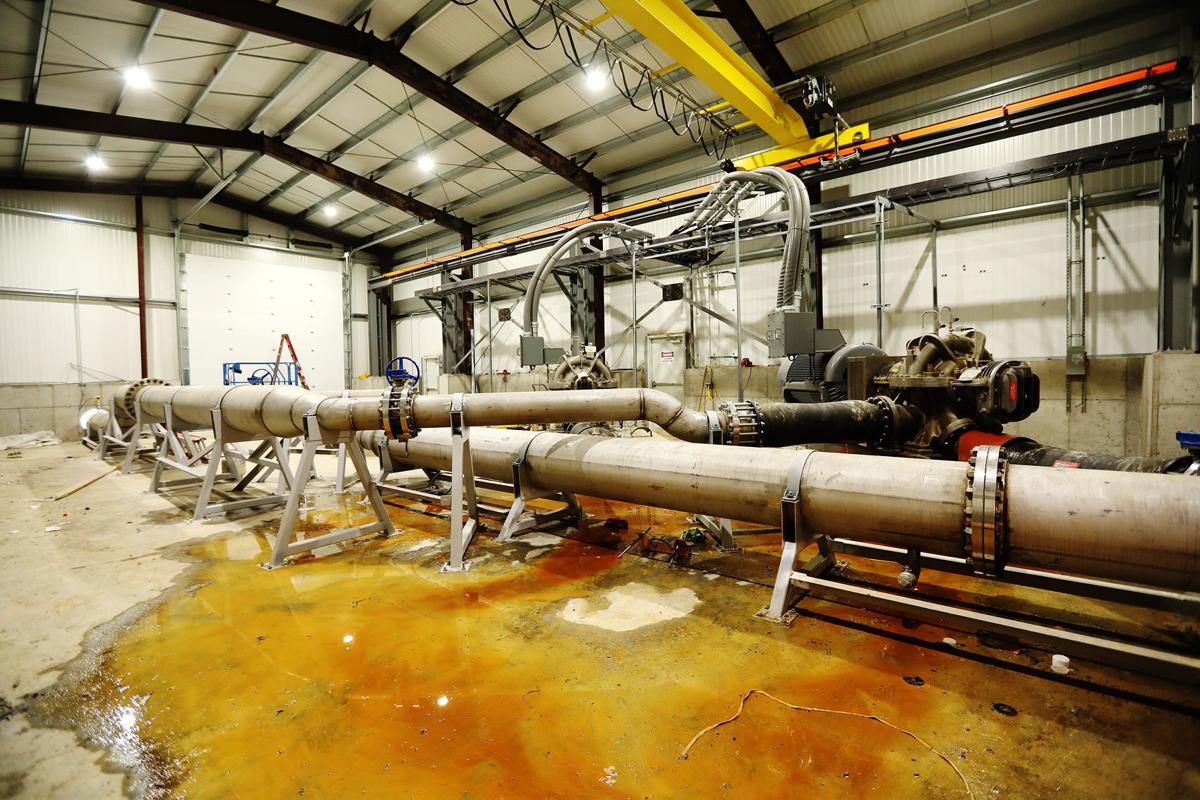 The new 800-horsepower engines in the pump house and booster station were custom built and made of special stainless steel that wouldn't corrode when in contact with the pit's highly acidic water. 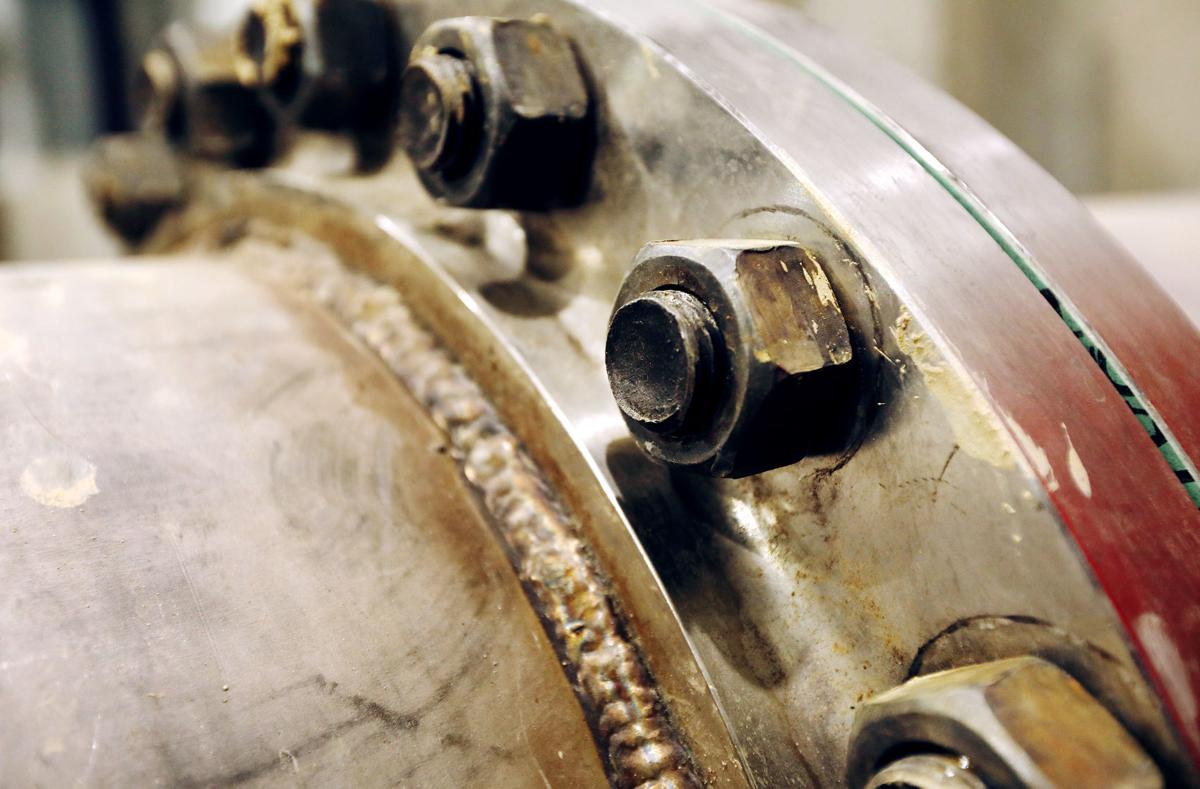 Pictured is one of the stainless steel pumps Montana Resources recently had custom built to send the contaminated water 700 feet to Yankee Doodle Tailings Impoundment.

This is the first time since 1982 that as much water going into the Berkeley Pit is now coming out of the pit. Montana Resources has temporarily stopped its rising any further. 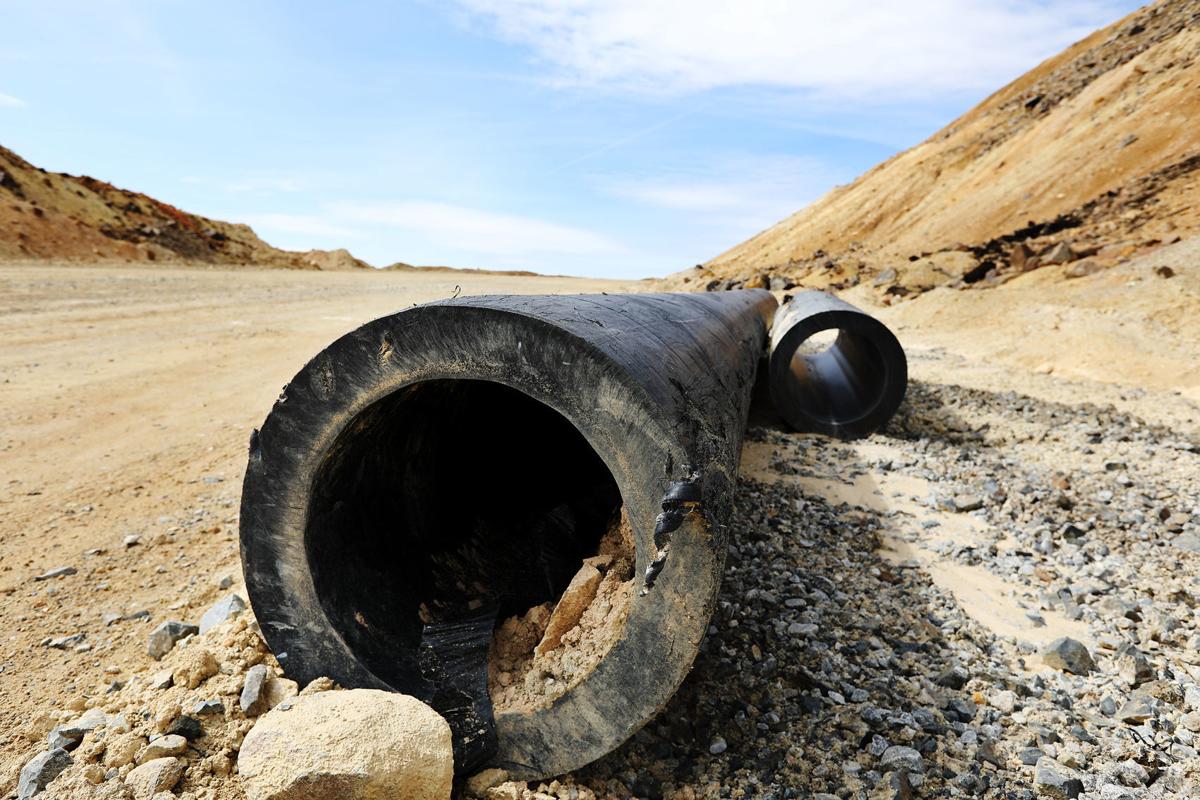 The pipes, which are 24 inches, had to be assembled at Montana Resources. 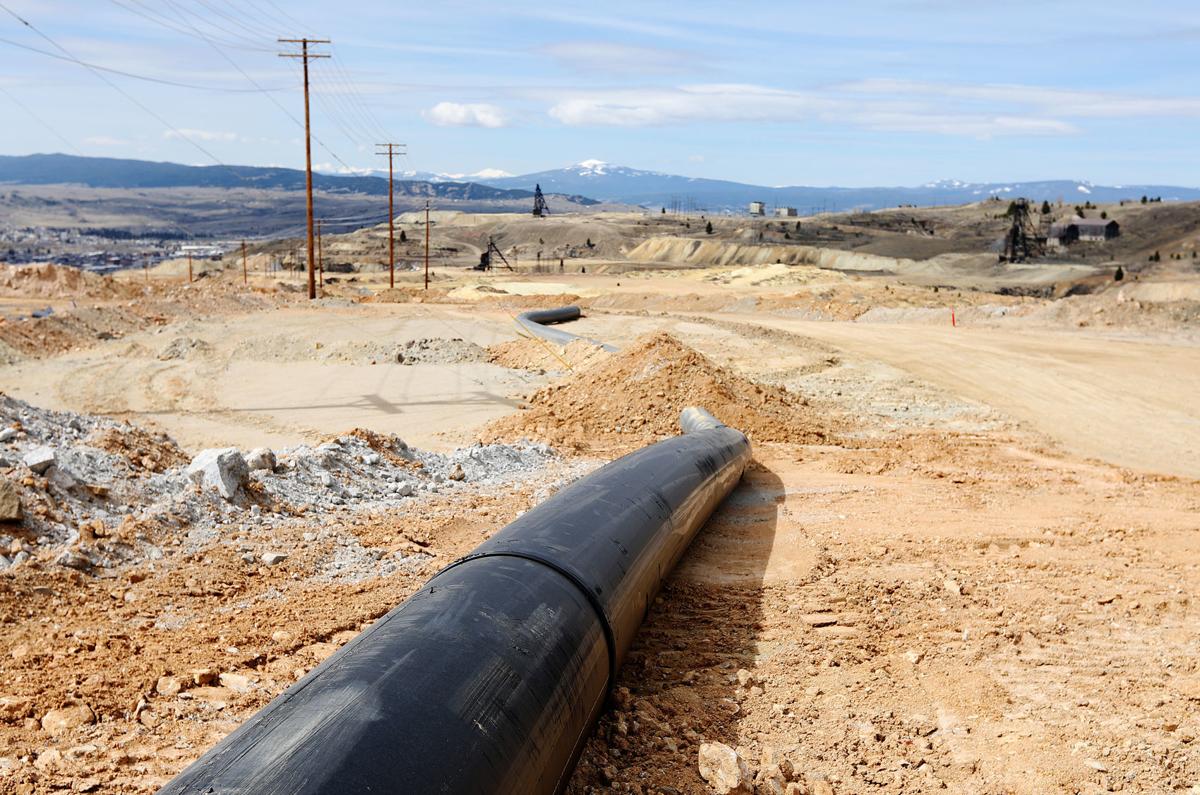 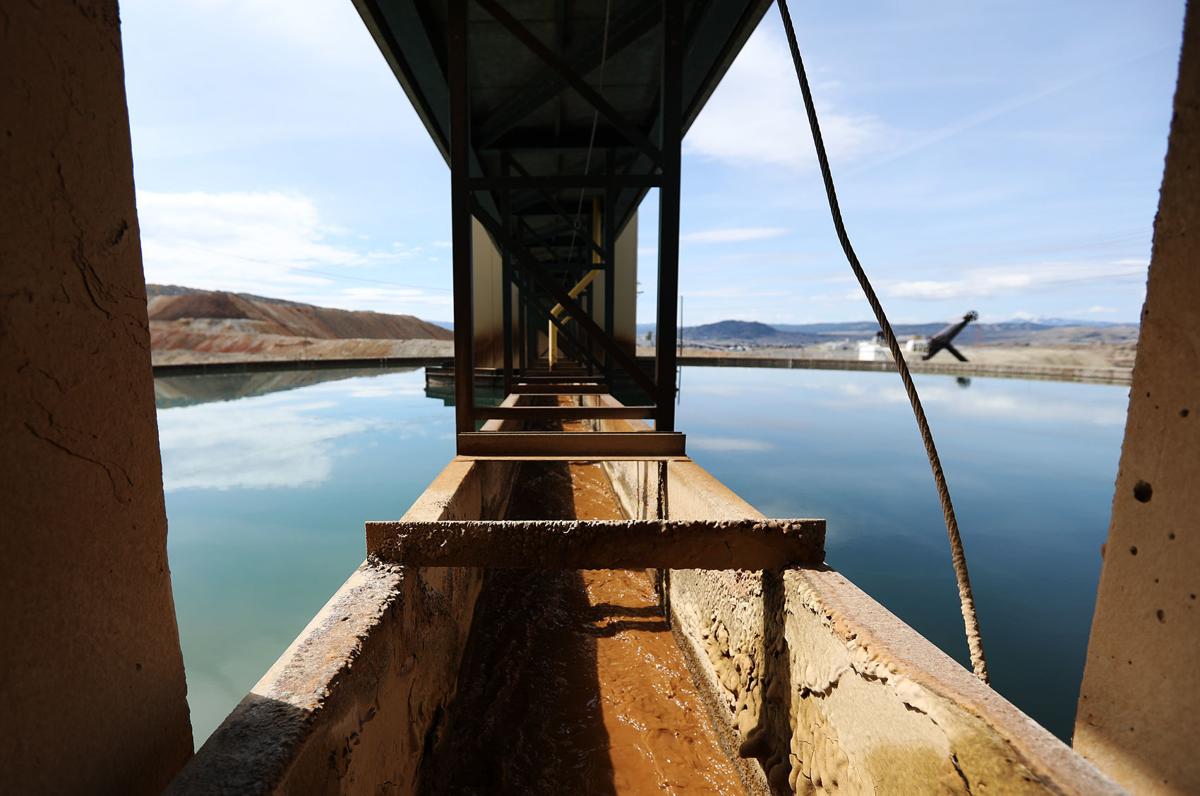 Contaminated water comes into Horseshoe Bend Water Treatment Plant but comes out treated after mixed with lime and a polymer. 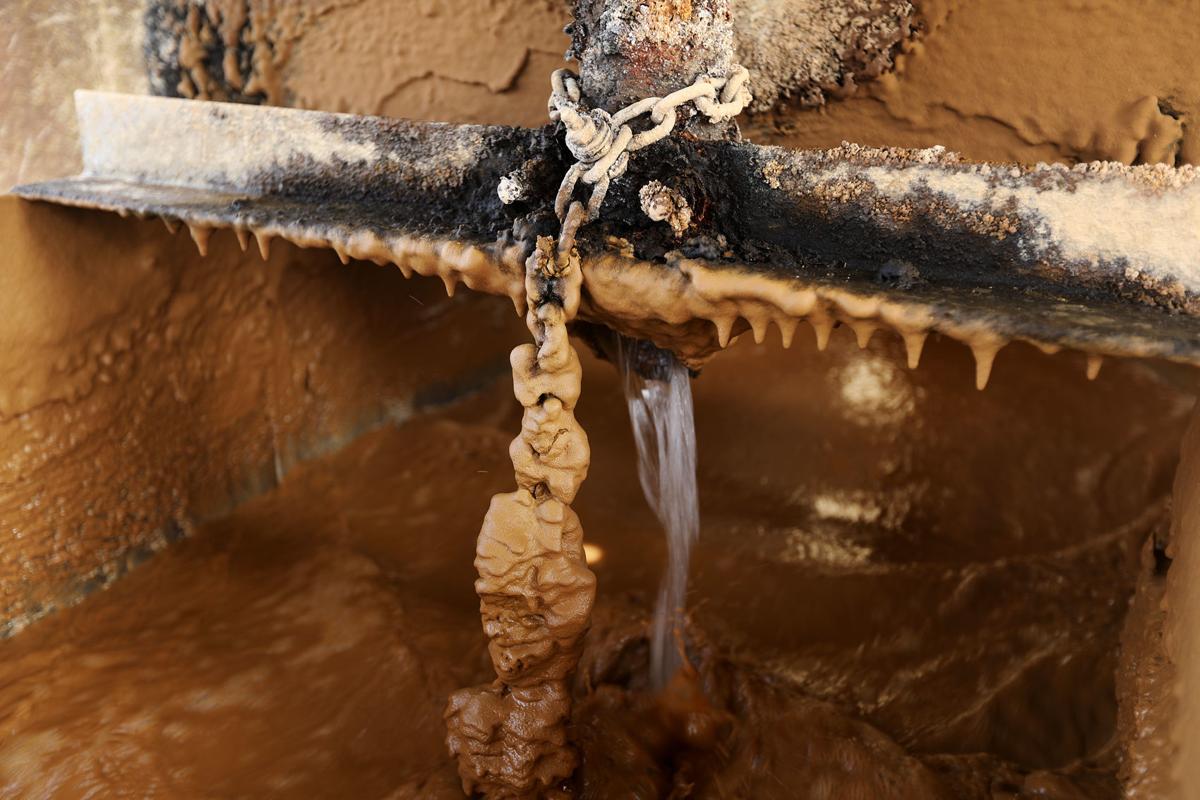 A viscous polymer helps to drop the metals out of the mine waste water at Horseshoe Bend Water Treatment Plant. 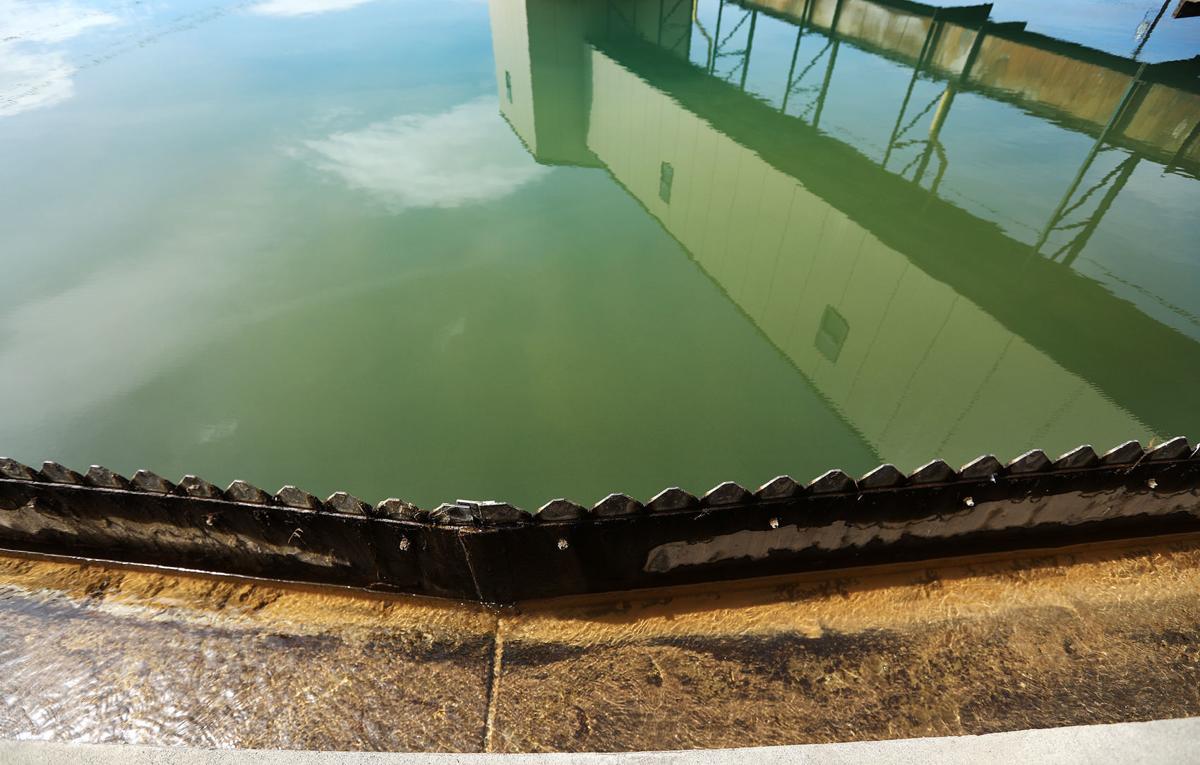 The water in the tank is the last stop for the contaminated water. The solid stuff drops out before seeping over the edge and coming out clear.
© Copyright 2020 The Montana Standard, 25 West Granite Street Butte, MT | Terms of Use | Privacy Policy
Powered by BLOX Content Management System from TownNews.com.
You don't have any notifications.