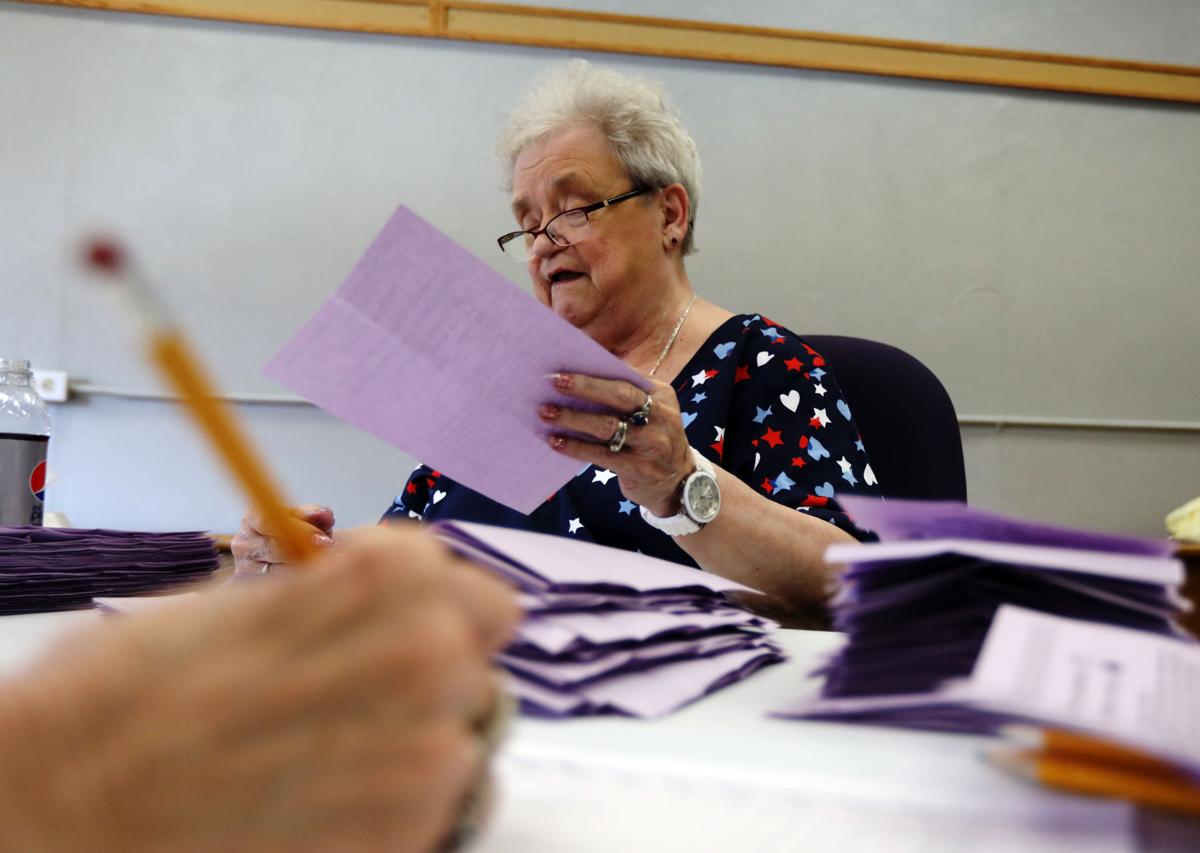 Cathy Sullivan, one of 13 volunteers, reads off ballot markings as another volunteer records on Tuesday during the Butte School District No.1 election. 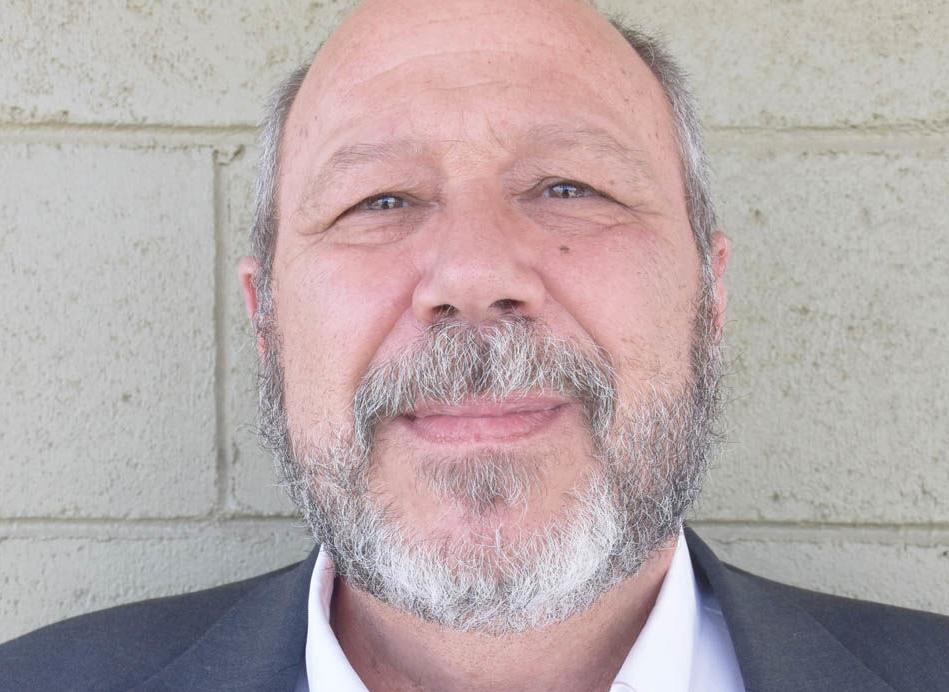 The election was conducted through the mail, with ballots mailed out the week of April 19 and due back Monday. Voters could also drop a completed ballot at the school district office.

Voters approved the levy of $228,450 by a margin of 4,048 for and 2,411 against. School Superintendent Judy Jonart said last month that the levy’s funding would, among other things, help the district reduce class sizes to try to mitigate learning gaps tied to remote schooling, school disruptions and other impacts of COVID-19.

On Monday night, following the vote count, Jonart said she was humbled by and thankful for the community’s continuing support of the school district.

“This is a big win for our students and our community,” she said.

An ad paid for by the Butte Teachers Union featured an educator, a prominent athlete, a former chief executive of Butte-Silver Bow County, businesspeople and others well known in the community who expressed support for passing the levy.

In the school board race, incumbent Henry Klobucar topped challenger Kristin Chiamulera in the contest for high school board trustee by a vote of 198 to 136. Klobucar has served on the Ramsay School Board for 13 years. A businessman, he owns Air Exchange Oxygen.

Dauenhauer is an electrical engineer and has served more than five years on the school board. Joseph, a lawyer, has served one year as an elementary school trustee.

The winners will serve three-year-terms.

Voters who backed the levy continued a tradition of taxpayers supporting the Butte School District. That was true even though the district has received more than $3.3 million in federal COVID relief funds and stands to receive another $17 million.

Jonart said in April that Butte has a long tradition of supporting its schools and students. `

All federal COVID money must be spent by late 2024. Jonart said the district is examining uses for the money.

She recently told The Montana Standard that such uses will likely include additional after-school and summer-school courses to address learning gaps, updating Wi-Fi service and other technology and making major upgrades to ventilation systems in schools. Precise plans are pending.

The ventilation improvements will be costly but make schools healthier for students and adults, Jonart said, and she said she is very grateful there is federal money to do it.

“That is a huge cost,” she said, and a bill the district might hesitate to ask taxpayers to foot.

Many of you know the story of the Lusitania, the passenger ship sunk by a German U-boat on May, 7, 1915. The loss of life was enormous. What y…

Up to $500,000 from an anonymous donor could be given out as cash prizes to incentivize Butte-Silver Bow residents to get COVID-19 vaccination…

A 22-year-old man sustained a non-life threatening gunshot wound in a shooting at around 8:30 p.m. Tuesday in the 600 block of Placer Street i…

Fig Nine of Butte is reimagining the wrap dress

Jacqui Broberg, creator of the Butte-based fashion label Fig Nine, has been developing her own design of the wrap dress for the past year in Butte.

Cathy Sullivan, one of 13 volunteers, reads off ballot markings as another volunteer records on Tuesday during the Butte School District No.1 election. 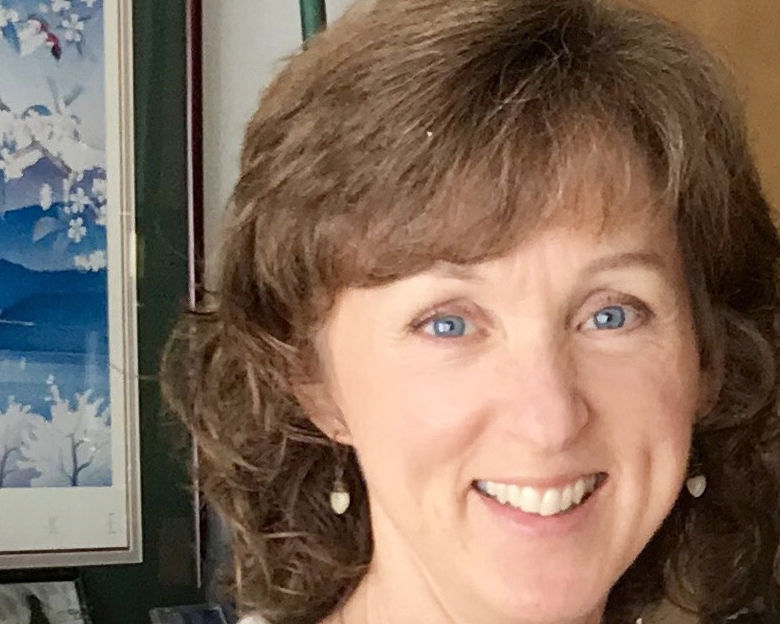 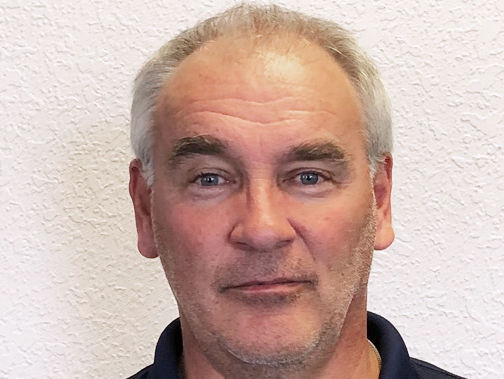