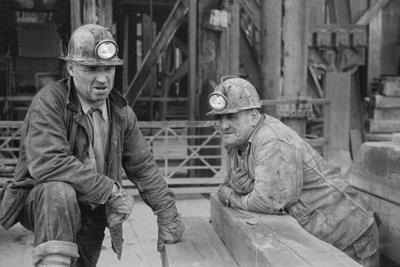 Ask any resident of Butte about their city and they will likely mention the city's deep mining history.

The city of Butte got its start as just a few mining camps in the 1860s and '70s, when silver and copper were discovered in the area. The discovery of these precious metals brought countless new residents to Butte, many of whom lived in small mining shacks.

By 1877, a busy city center had grown and was gaining in both activity and population.

In 1879, a fire broke out in a portion of Butte's growing downtown and some argue it was the reason for the Uptown Butte brick building ordinance.

Although silver and gold continued to be extracted from the Butte-area mines, copper was paramount to the Butte mining economy. The demand for copper only increased with the development of electricity and the start of World War I.

As word of Butte’s boom continued to spread after the war, men and women flocked to Butte in hopes of cashing in on the mining craze.

By 1927, the Anaconda Mining Company was the world's fourth-largest company and with the growing population of miners, more shacks were built.

Census figures from 1920 estimate Silver Bow County's population at over 60,000 people, many of whom worked for Butte's mining companies and lived in shanty mining homes.

Current Butte residents often reminisce about this time in Butte's history and try and imagine what it would have been like to live such a life. Even I wonder what it took to live as a miner.

For now, the best way we can imagine such a life is by diving into historic records, passing down stories and salvaging old photography, by doing that we can get a small taste of what life might have been like.​

Copper mine in backyard

Truck stripped of tires in front of house

My town: The Montana Standard's editor shares some of what he loves about Butte and southwest Montana

So I wasn't born in Butte. But that doesn't mean I can't love it just as much as my friends who were. And you couldn't dislodge me from The Mi…