Butte’s Uptown tax district is contributing to redevelopment of the Wah Chong Tai mercantile building and Mai Wah Noodle Parlor on West Mercury Street, a project that will help protect a world-class collection of Chinese goods and artifacts.

The Urban Revitalization Agency Board approved a $35,274 grant Tuesday that will help pay for a new roof for the conjoined buildings, masonry work and restoration of four skylights. The board oversees Butte’s Uptown tax-increment financing district.

Also Tuesday, the board gave a seventh grant this fiscal year to a husband-and-wife team of developers from Denver who are refurbishing the O’Rourke building at the corner of Quartz and Alaska streets in Uptown. The $25,035 grant brings the URA total for the project this fiscal year to nearly $125,000.

About $200,000 of major refurbishing is planned for the Mai Wah buildings and some work has begun, with much of the funding coming from grants.

The buildings were awarded a $133,000 grant from the national Partners in Preservation program in October. Money from the program, a collaboration between the National Trust for Historic Preservation and American Express, is being used for bricks-and-mortar restoration, including repairs to the building’s window sills and parapets.

The URA grant will pay 25 percent of eligible project costs, which includes masonry, roof and skylight work. The Mai Wah buildings also have received $50,000 in grants from the Superfund Advisory and Redevelopment Trust Authority, some of it used for storefront restoration, said Pat Munday, president of the Mai Wah Society.

The Wah Chong Tai building, which was erected circa 1891, and the Mai Wah Noodle Parlor, which was built in 1909, were once the heart of Butte’s Chinatown. They were built by Butte’s Chinn family.

Today, the buildings house original merchandise from the mercantile from around 1942, rare herbal remedies, handcrafted 19th century restaurant dishes and other wares, and historic Chinese clothing, among other things.

“We want to keep these items secure, and we want the world to know about them,” Munday told URA board members. “The two conjoined buildings have stood for more than 100 years, but they haven’t had a lot done to them.”

Munday said the society is extremely frugal with its public and private funds.

“If somebody leaves a light on … they get chastised for that,” he said.

The URA board has given several grants this year to the O’Rourke project being done by Danielle and Jeff Zimmerman, who have built careers on turning defunct residential property in Denver into modern homes.

The couple purchased the O’Rourke, located at 103 W. Quartz St., in late 2017 and are working to convert it into 15 rental apartments.

The Zimmermans had received more than $99,000 in URA grants this fiscal year before the additional $25,035 was awarded Tuesday. It helped cover asbestos removal and electrical and plumbing work, among other things.

But as work on the building has progressed, it became clear that masonry, sewer and plumbing upgrades would entail far more than originally thought, the Zimmermans said.

Board Chairmam Dale Mahugh said older buildings “have a lot of surprises,” and URA Director Karen Byrnes said it was still a good investment. The board can give up to $150,000 in grants to a specific project each fiscal year.

In other business, the board:

The Mai Wah Society will hold a traditional Chinese Tomb Sweeping Day, known as the Qingming Festival, at 1:30 p.m. Sunday, April 28, in Secti…

Mai Wah to receive around $133,000 for restoration after placing in competitive nationwide grant campaign

If you ask Mai Wah Society president Pat Munday, the two century-old buildings the society oversees in the heart of Butte’s former Chinatown a…

Editor's note: This story has been updated to reflect a changed business name.

With a fresh stash of projected cash to work with, the board overseeing Butte’s Urban Revitalization Agency OK’d more than $124,000 in grants … 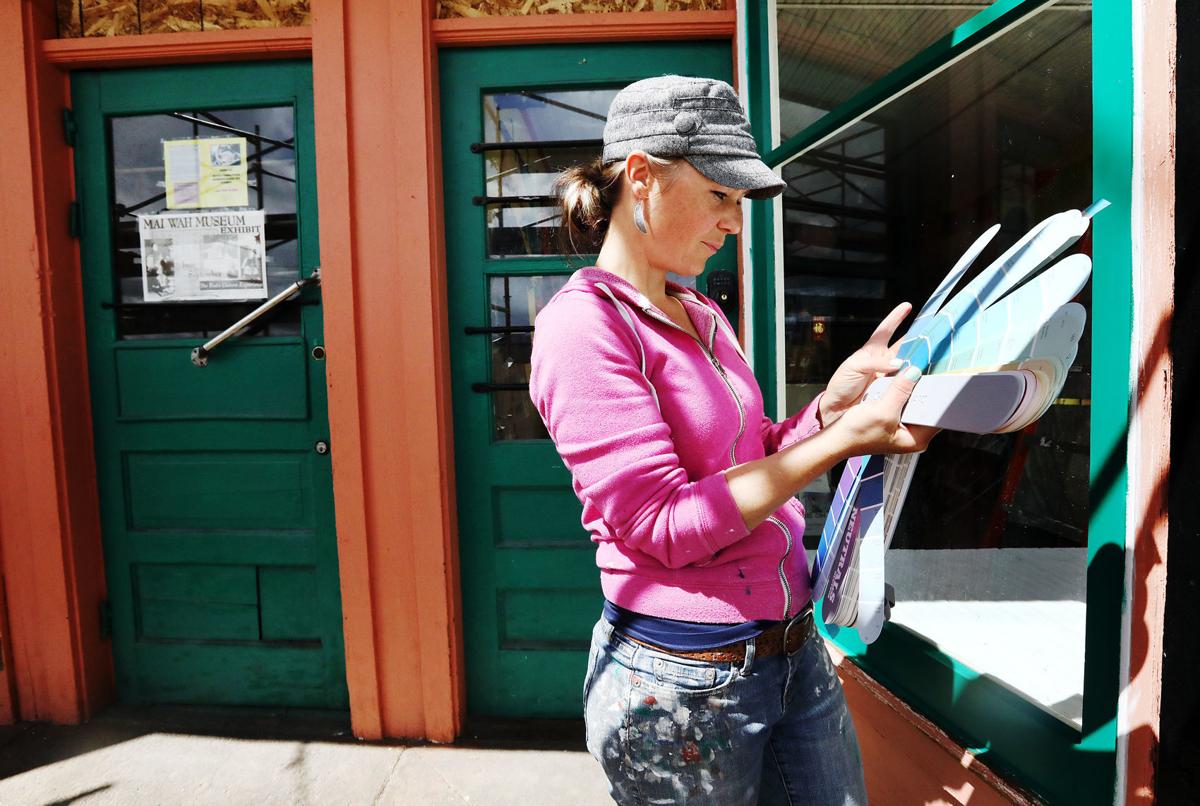 Asya Brown, co-owner of the Butte-based restoration company Rex Builders, flips through paint colors in search of a blue that will compliment the newly painted red and green colors she has been applying to the facade of the Mai Wah Museum on Mercury Street in Butte. 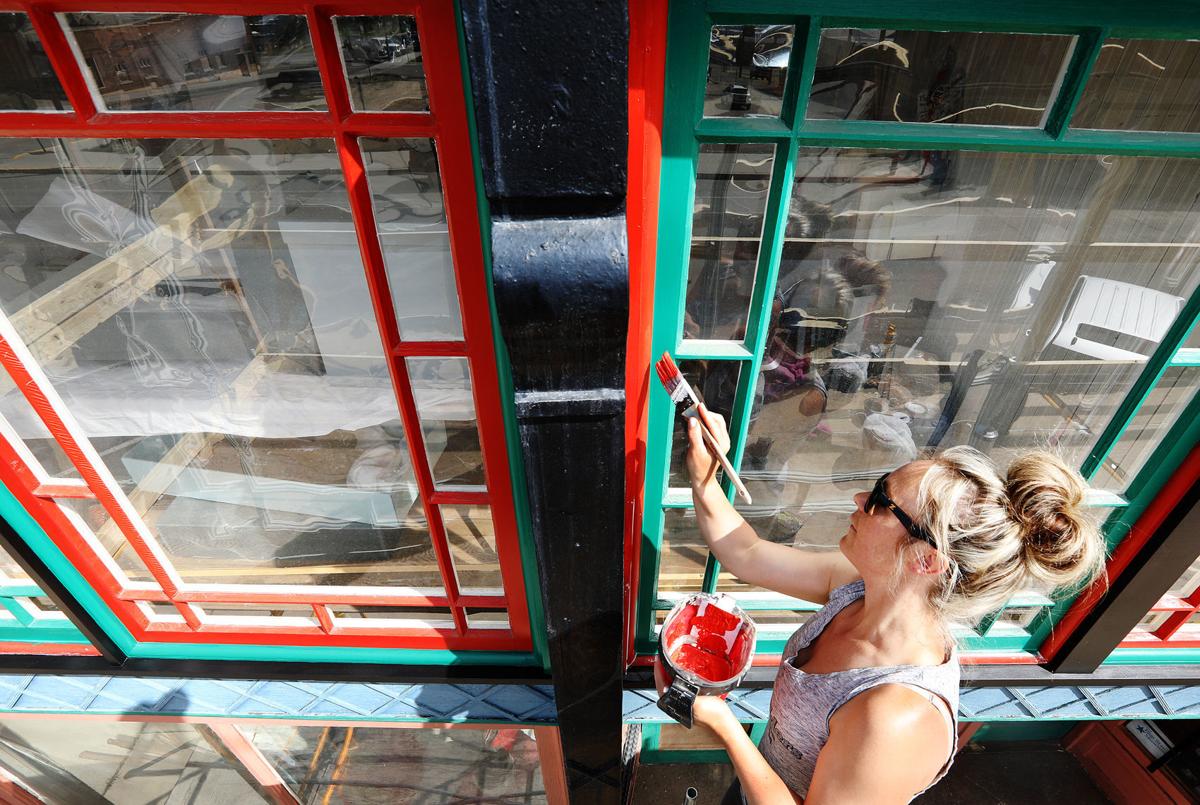 Asya Brown, co-owner of the Butte-based restoration company Rex Builders, paints the window sills Chinese red on the cheater story of the Mai Wah Museum on Mercury Street in Butte. Brown said restoration of the museum is expected to take place throughout the summer with installation of windows and new doors and more exterior paint on the building located in the heart of Butte's Historic Chinatown. 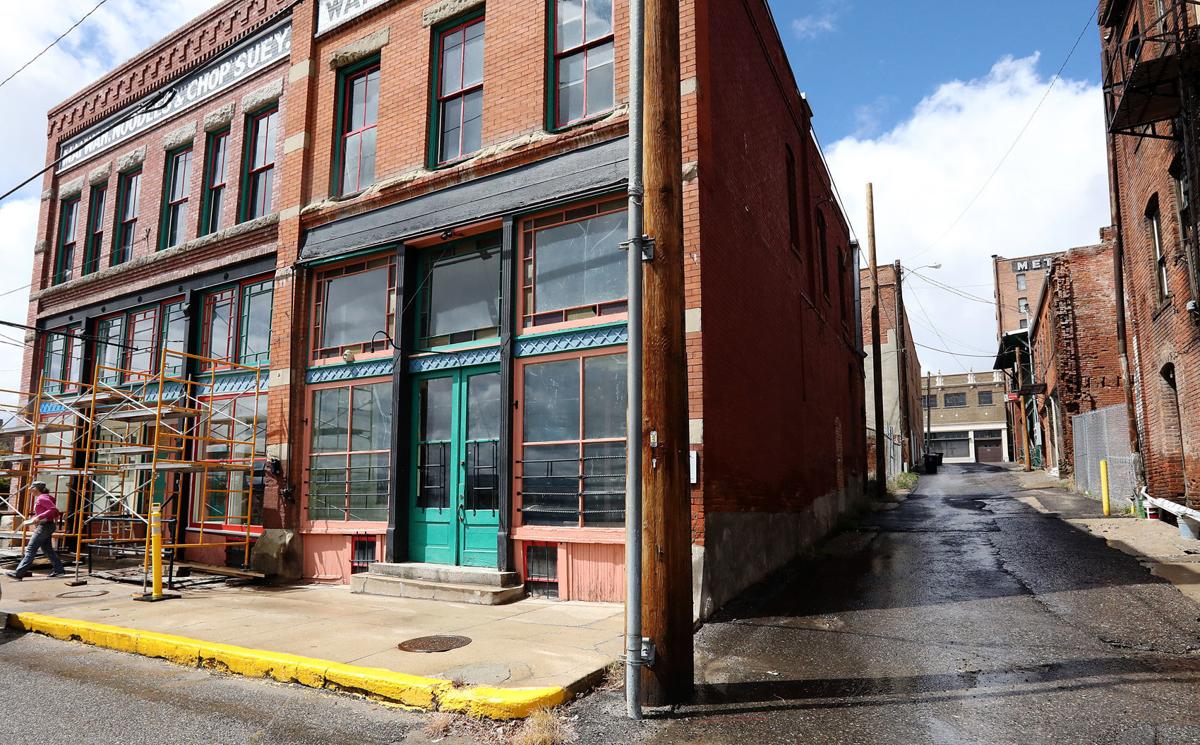 Work on the exterior of the Mai Wah Museum is underway as a restoration team paints the facade of the historic Butte museum. 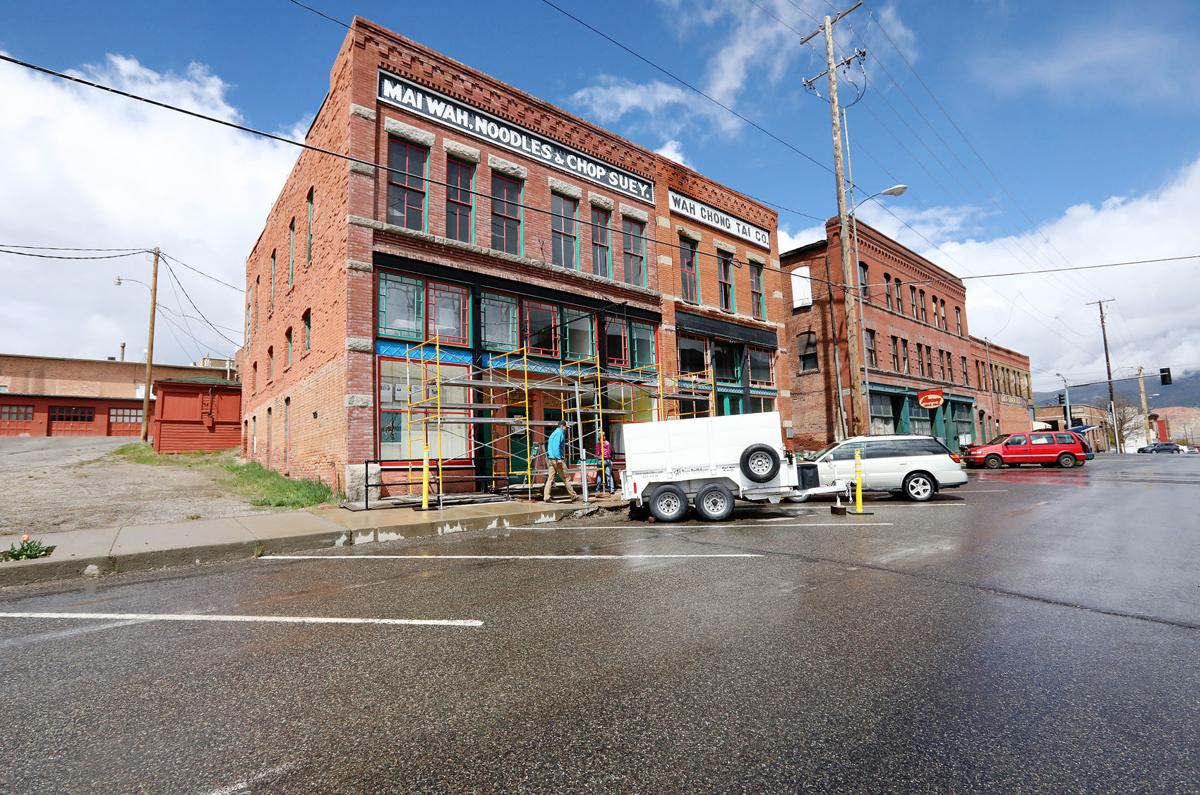 The Mai Wah Museum on Mercury Street in Butte.