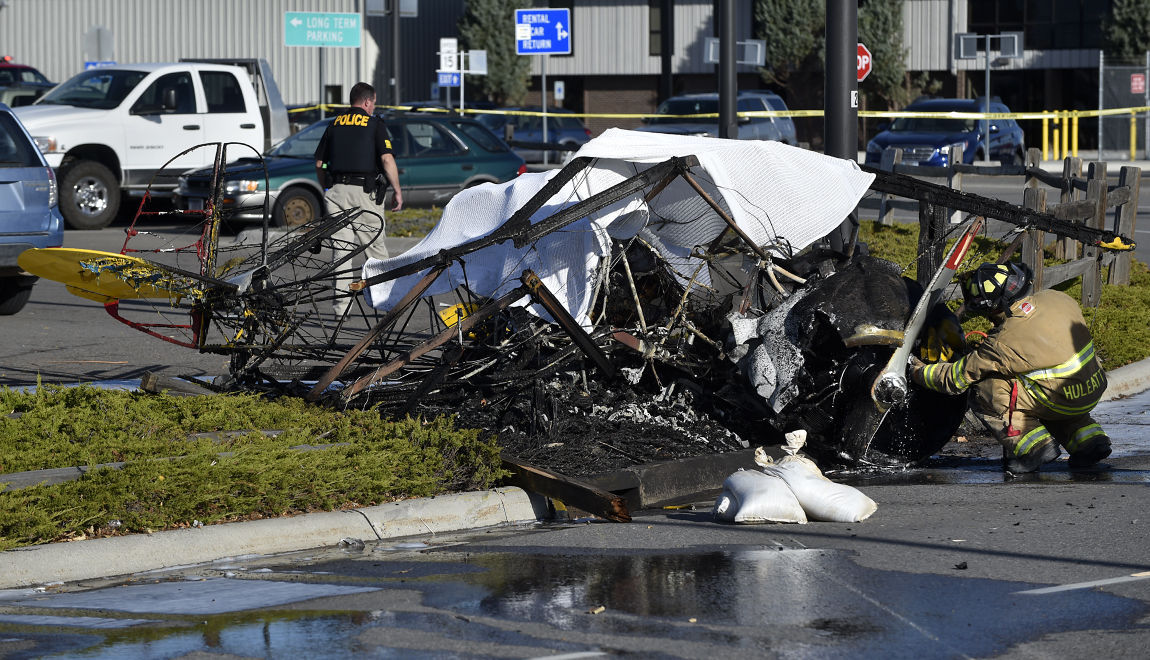 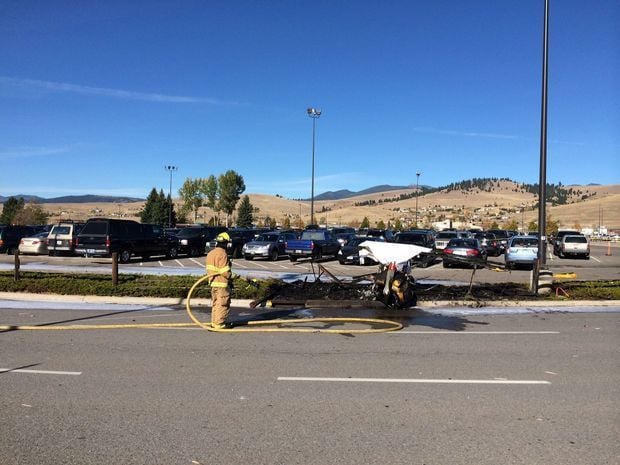 One person is dead after a small, single-engine aircraft crashed on takeoff at Missoula International Airport on Wednesday afternoon.

A witness said the plane was airborne for just 10 seconds before plummeting to the ground and exploding.

The plane crashed at 3:11 p.m. on the east side of the airport, along the road separating the rental car parking lot and short-term parking.

There were no other injuries and no apparent damage to any of the surrounding vehicles.

The name of the deceased has not yet been released, and the cause of the crash is under investigation. It's also unknown where the plane was heading or where it originated.

Pilots Fred McDowell and Dick Komberec said they noticed the plane because of the unusual sound the engine was making. They watched the aircraft land, refuel and take off again, but were unaware of the plane's origin or destination.

Jeff Schmerker, who arrived at the airport to catch a flight, saw the small, yellow aircraft take off and crash only about 10 seconds after takeoff. He said he was about 50 yards from where the plane crashed.

He said it was headed west toward Frenchtown when it made a sharp turn over the airport parking lot.

"It almost came straight down," Schmerker said. "It erupted. It seemed like it was covered in cloth because it just vaporized."

Schmerker said he and others attempted to move toward the plane before it burst into flames.

"You could see the structure disintegrate in 20 seconds," he said. "There was nothing there when I started to walk over."

Schmerker explained the plane didn't appear to be on fire in the air. He said the aircraft looked like a replica of an older 1920s model, with a patriotic emblem on the side.

Airport fire engines immediately responded, as flames completely engulfed the craft and emitted a plume of black smoke. Missoula Rural Fire Department firefighters continued to fight hot spots and smother the smoldering remains with foam and water until about 5 p.m.

The Missoula County Sheriff's Department also responded to the area and blocked off a portion of the road. Sheriff's spokeswoman Brenda Bassett said the sheriff's department will assist the National Transportation Safety Board with the investigation and will complete the coroner's report.

The survey says ... Residents list the good and bad in Butte-Silver Bow

Beaverhead County Coroner Julie Briggs identified the man who died Thursday in a rollover crash south of Wise River as Samuel Sampson, 46, of …

The Butte-Silver Bow Board of Health will discuss Wednesday, July 15, implementing a rule and health officer’s order requiring the use of mask…

Butte and Anaconda schools are preparing to reopen in the fall, but details are still being worked out and administrators say it won’t be anyt…