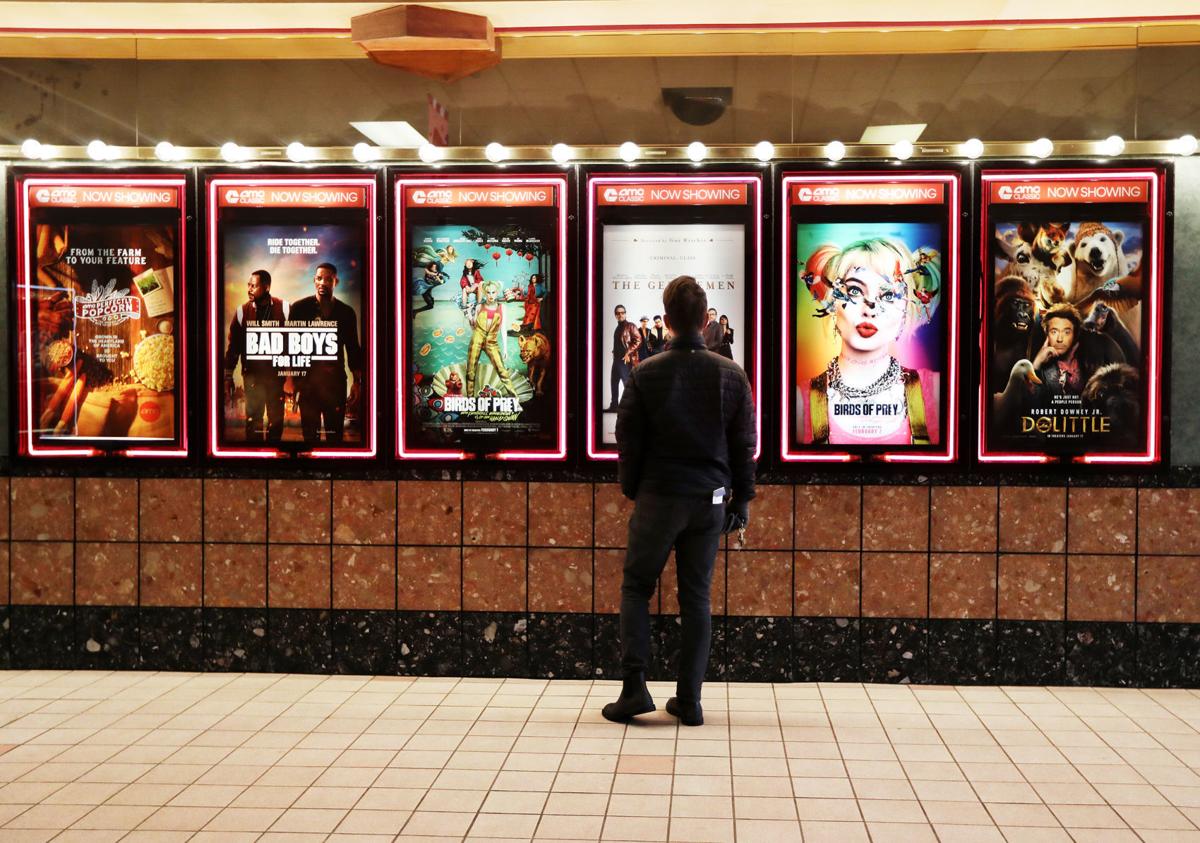 A man looks at movie posters advertising films playing at theaters in the Butte Plaza Mall. Golden Ticket Cinemas will reopen the theaters in March. 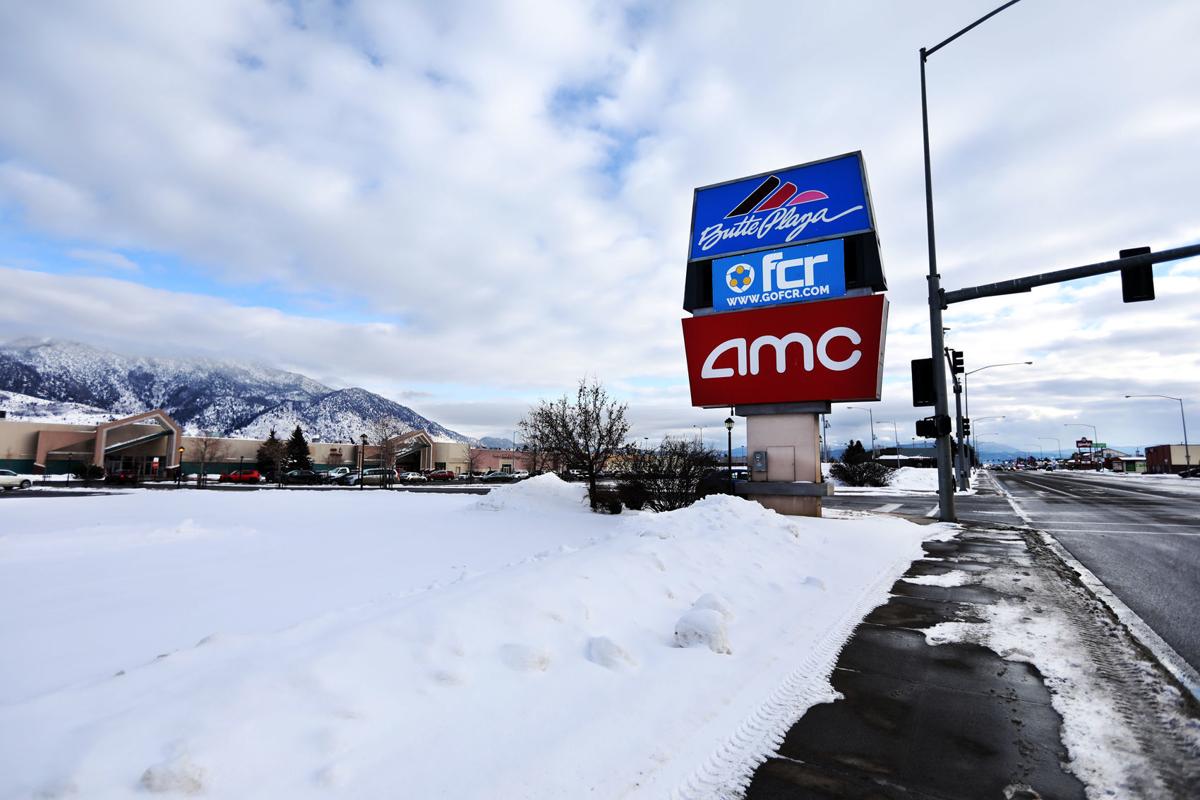 AMC Theatres announced Wednesday that it will close its movie theaters located in the Butte Plaza Mall. 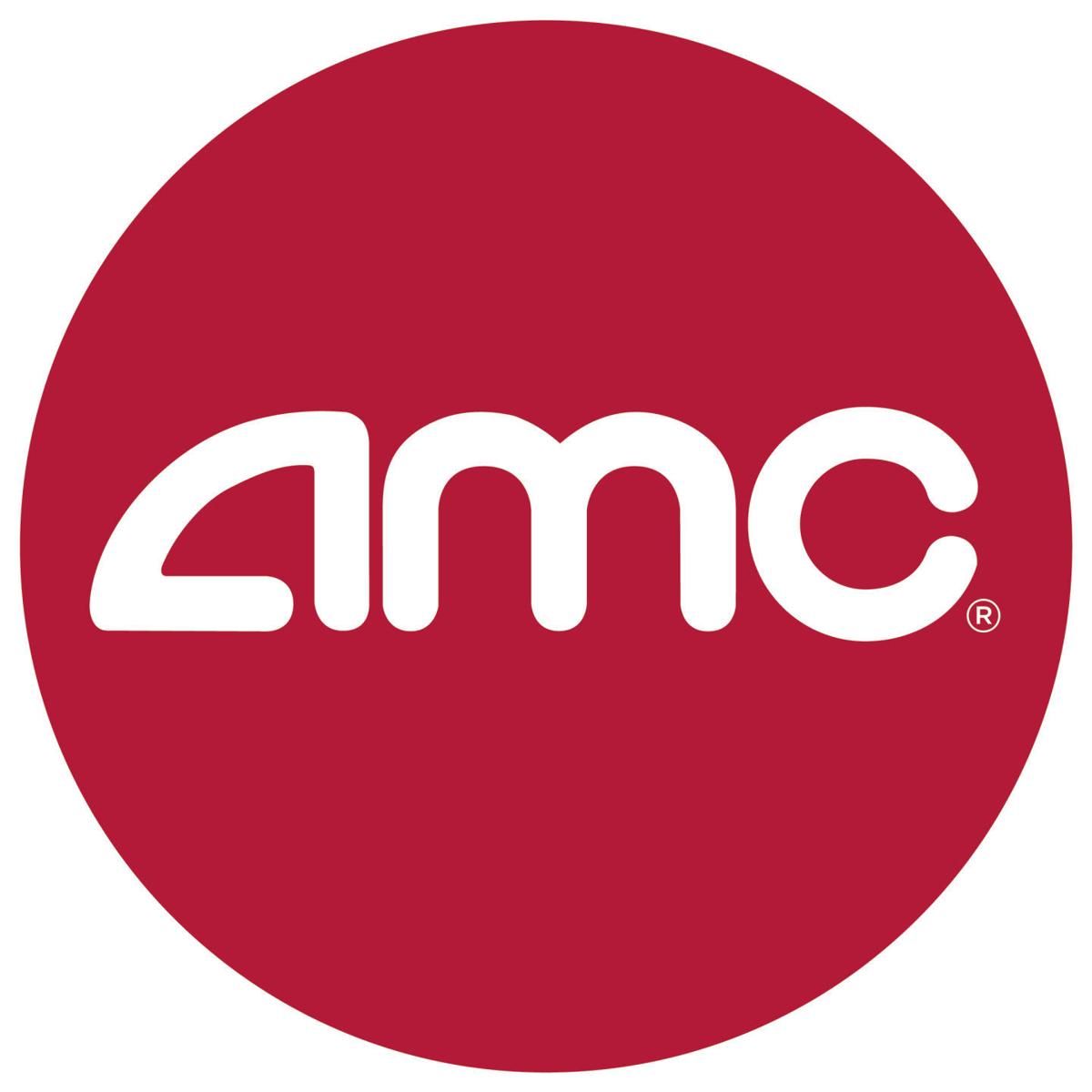 AMC Theatres is closing at the Butte Plaza Mall next week, leaving the city without a movie house for the first time since the silent film era.

AMC Theatres’ corporate office in Leawood, Kansas confirmed Wednesday that the theater’s final day of operations in Butte will be Thursday, Feb. 20.

In the spring of 2016, AMC Entertainment purchased the Butte complex from Carmike Cinemas.

Efforts were made to obtain more information about the upcoming closure, and if there are any potential buyers, but those efforts were unsuccessful.

Alana Ferko, Butte Plaza Mall manager, had no comment about the closure.

Others were disappointed by the news.

Dodge is not alone.

Butte Undersheriff George Skuletich and his wife, Mary Anne, take their grandchildren to the movies at least once a month.

“It’s a terrible thing,” Skuletich said. “Going to the movies was something you could do as a family.”

Nearly 50 years ago, the complex opened as the Plaza I and Plaza II.

It’s worth noting that one of the two movies first featured was “Paint Your Wagon,” which starred Lee Marvin and Clint Eastwood. The musical comedy centered on a town that had done so much underground mining, it collapsed.

One of its first customers was Northey Tretheway, who remembers when it  opened.

Tretheway and his wife, Kim, are avid moviegoers, and head to AMC about three times a month.

Tretheway is sorely disappointed to hear about the closure, and has nothing but praise for its local employees. “Their work has been tremendous,” he said.

As for AMC, Tretheway doesn’t think the company did their part.

“AMC didn’t provide the needed upgrades,” he said. “They left it languish.”

Joe Willauer, who heads the Butte Local Development Corp., was disappointed as well.

“It’s frustrating to lose a resource like that which provides year-round entertainment,” he said.

According to Stephanie Sorini, Butte Chamber of Commerce director, Butte’s Economic Development team continues to grow Butte by recruiting retail and other companies.

"The Chamber of Commerce is extremely sad to hear the news that our AMC theaters are closing," she said.

Although there are never any guarantees, Willauer, Sorini, and other officials will be working on this as well.

“Now that we have this news,” Willauer said, “we’ll be looking for opportunities to find a replacement.”

“Butte is big enough to sustain a movie house,” he said. “Someone or some organization will fill this void and they will do it the right way.”

Hopes of bringing Expedition League baseball to Butte haven’t panned out so far, even though the city has enthusiastically embraced the idea o…

The Cinema 6 at the Butte Plaza Mall will reopen in March under new ownership as the Golden Ticket Cinema Butte 6.

A man looks at movie posters advertising films playing at theaters in the Butte Plaza Mall. Golden Ticket Cinemas will reopen the theaters in March.

AMC Theatres announced Wednesday that it will close its movie theaters located in the Butte Plaza Mall.