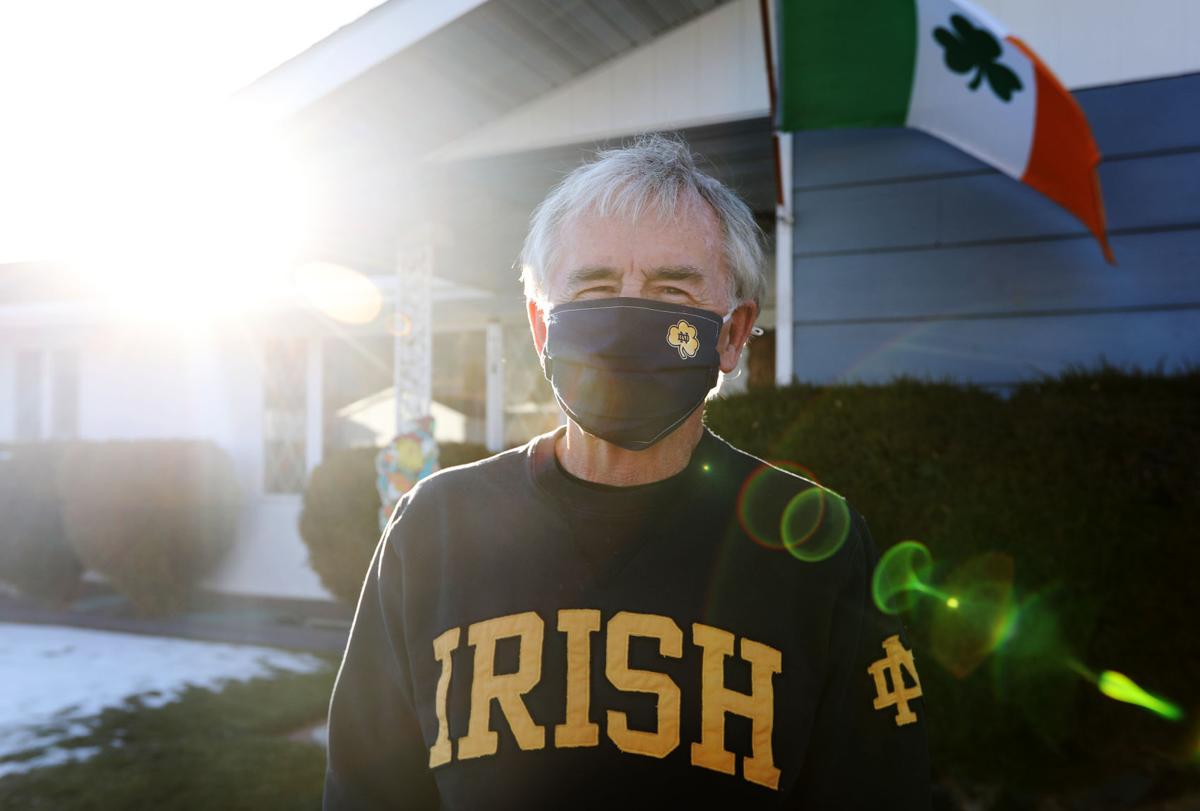 Joe Lee, a self-described University of Notre Dame football super fan, wears college paraphernalia from his favorite team including a Fighting Irish face mask on Saturday afternoon at his home in Butte. 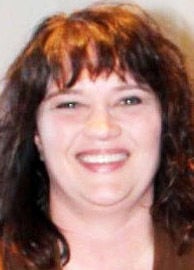 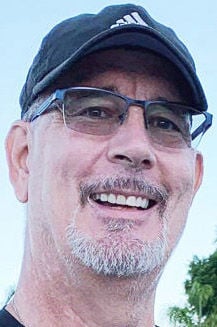 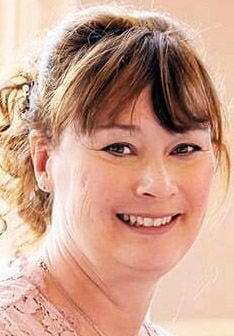 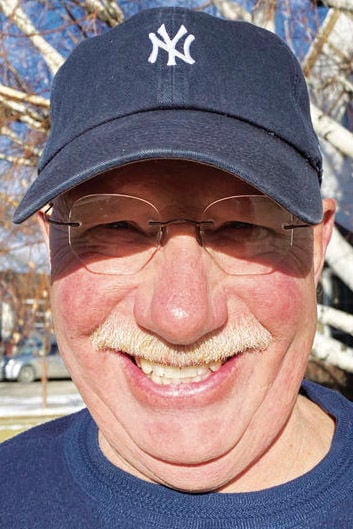 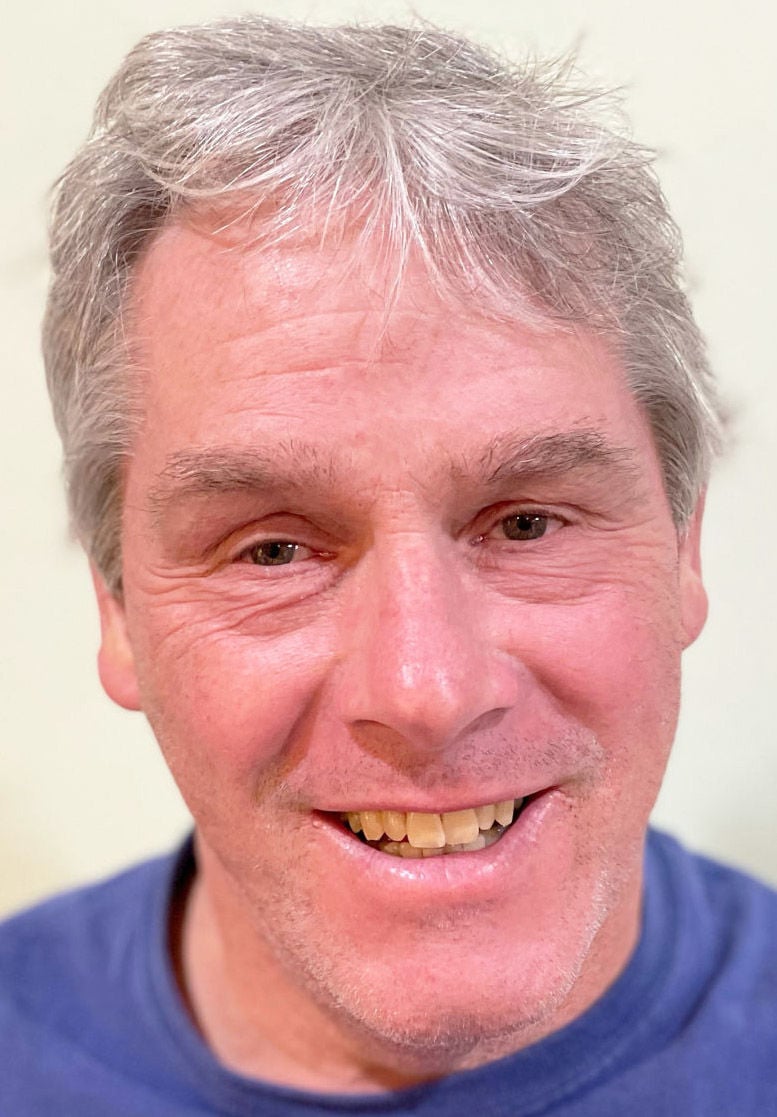 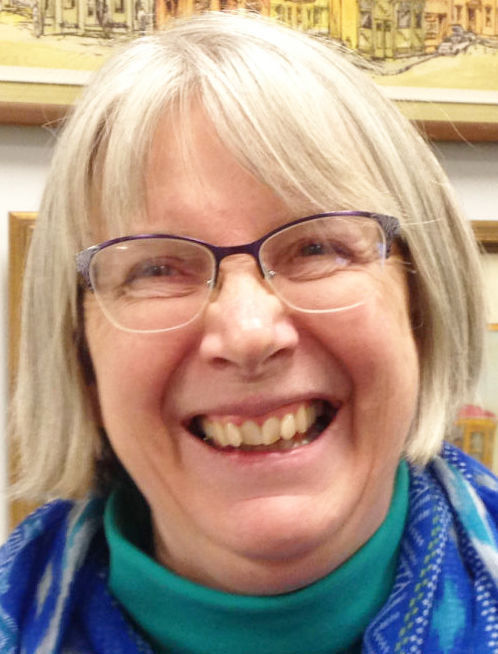 President Theodore Roosevelt once wrote — “Let us remember that, as much has been given us, much will be expected from us …”

Truer words were never spoken — at least for 2020.

It’s been an unexpected year for everyone — home and abroad. The pandemic has affected people all across the world and the global impact has been astronomical.

Here in the United States, it’s Thanksgiving Day but it’s not business as usual. The virus has forced Americans to make some changes to stay safe, to stay well.

Even though large gatherings had to take a back seat to safety, Butte and Anaconda residents remain resilient and more importantly, thankful.

First and foremost, Steph Hekkel, owner of the Club Moderne in Anaconda, is thankful for her family.

Same can be said of her hometown and its inhabitants. “I have great friends and great customers,” Hekkel said.

Since COVID and the restrictions that followed, her customers have masked up, without complaint. For Hekkel, that small-town support was sorely needed and was just one less worry to be dealt with.

“Our customers have been happy to do it,” she said. “We have relied on each other to get through.”

Butte’s Joe Lee knows he has been blessed to have good people in his life — family as well as friends.

“I am so very thankful for that,” said Lee.

Not surprising is that Lee, a die-hard Fighting Irish fan, is also beyond thrilled that he can still watch Notre Dame take to the football field. Even better — so far, the team is undefeated with an 8-0 record.

“It would have been a pretty dark time for me if I wasn’t able to watch Notre Dame,” he confessed.

Home for Dr. Gary Oreskovich is Paradise Valley, Arizona, but his heart is nestled in Butte.

Now retired, the dentist left Butte to start his practice in 1986, but in the past few years, he has reconnected with childhood friends and his classmates from the Butte Central class of 1978.

Both he and his wife, Cheri, have had medical issues to deal with — he with Parkinson’s; she with Thoracic Outlet Syndrome.

“The outpouring of support for Cheri and I has been overwhelming,” said Oreskovich. “That only happens with Butte friends.”

Along the way, Oreskovich has made new Butte friends through social media, including John Lowney.

And, during this time of self-isolation, Oreskovich, who quit drinking in 1996, attends, through Zoom, an Alcoholics Anonymous meeting in Butte, the Promises Live noon group.

“I am grateful for this group,” said Oreskovich. “It helps me to stay grounded.”

Not surprising, another Butte blessing has come their way.

According to Oreskovich, former Butte resident, Jodi Jackelini-Macumber heads over to their home every week to help out.

“Of course,” said Oreskovich, “she’s a Butte girl through and through.”

COVID-19 has hit closer to home for Leslie Houchin of Butte, with some relatives contracting the virus.

She is thankful they have all recovered.

Houchin described 2020 as a “weird year” but overall, she really can’t complain.

“I have a job to go to every day and we have a warm house and food on the table,” said Houchin. “A lot of people don’t have that.”

One more thing Houchin is thankful for is her first grandchild, who was born last year.

“She makes me smile,” said Houchin.

What makes Joe Strelnik smile is the Anaconda Vietnam Era Veterans Memorial, which was dedicated on Sept. 5.

Strelnik said the project would not have come to fruition had it not been for the generosity of time and money given by Anaconda residents.

“To get it done was unbelievable,” said Strelnik. “Anacondans care about one another and I am so thankful for them.”

The Anaconda man said we should all be thankful to the nurses, doctors and first responders who have been on the frontlines during this pandemic.

“Just like all the veterans that have served,” Strelnik said, “they, too, deserve our gratitude.”

It has been a time of reflection for Steve Maloney of Butte, recalling the “characters” he has met through the years, some of whom died this year.

For Maloney, character is a term of endearment.

“I am thankful for the characters in my life,” said Maloney. “They guided me and along the way, gave me a sense of direction.”

He recalled a time, many years ago, when he was defending his thesis at the University of Montana.

Meanwhile, back in Butte, temperatures were well below zero and the pipes in the family home had burst.

“Without hesitation, ‘characters’ Frank Grady and Steve Snyder got up to the house to fix it,” said Maloney. “I’ll never forget it.”

Grady recently died, as did two other “characters,” Patrick Reardon and Marty Daily.

“These are the people that you are incredibly thankful to have had in your life,” said Maloney.

Irene Scheidecker got up the other morning thankful she could watch the sun rise.

For the Butte woman, it has been the little things such as a sunrise that has helped her get through a year she has characterized as “something else”.

But it’s also been the bigger things, such as witnessing the diligent work of medical professionals.

“The goodness of people who put themselves in harm’s way is humbling,” she explained.

She is also grateful that her numerous family members love each other enough not to see each other, for the most part, this Thanksgiving.

“It’s all going to be low key at my house this year,” said Scheidecker, “with just few family members in attendance.”

And in the true spirit of giving, those who can’t attend will not be forgotten. They will get turkey and all the fixings delivered to their homes.

As COVID-19 continues to sweep through Montana, public health workers are struggling to keep up with the sheer volume of demand for contact tracing, which health officials say is one of the most basic tools they have for tracking and combating pandemics.

Joe Lee, a self-described University of Notre Dame football super fan, wears college paraphernalia from his favorite team including a Fighting Irish face mask on Saturday afternoon at his home in Butte.