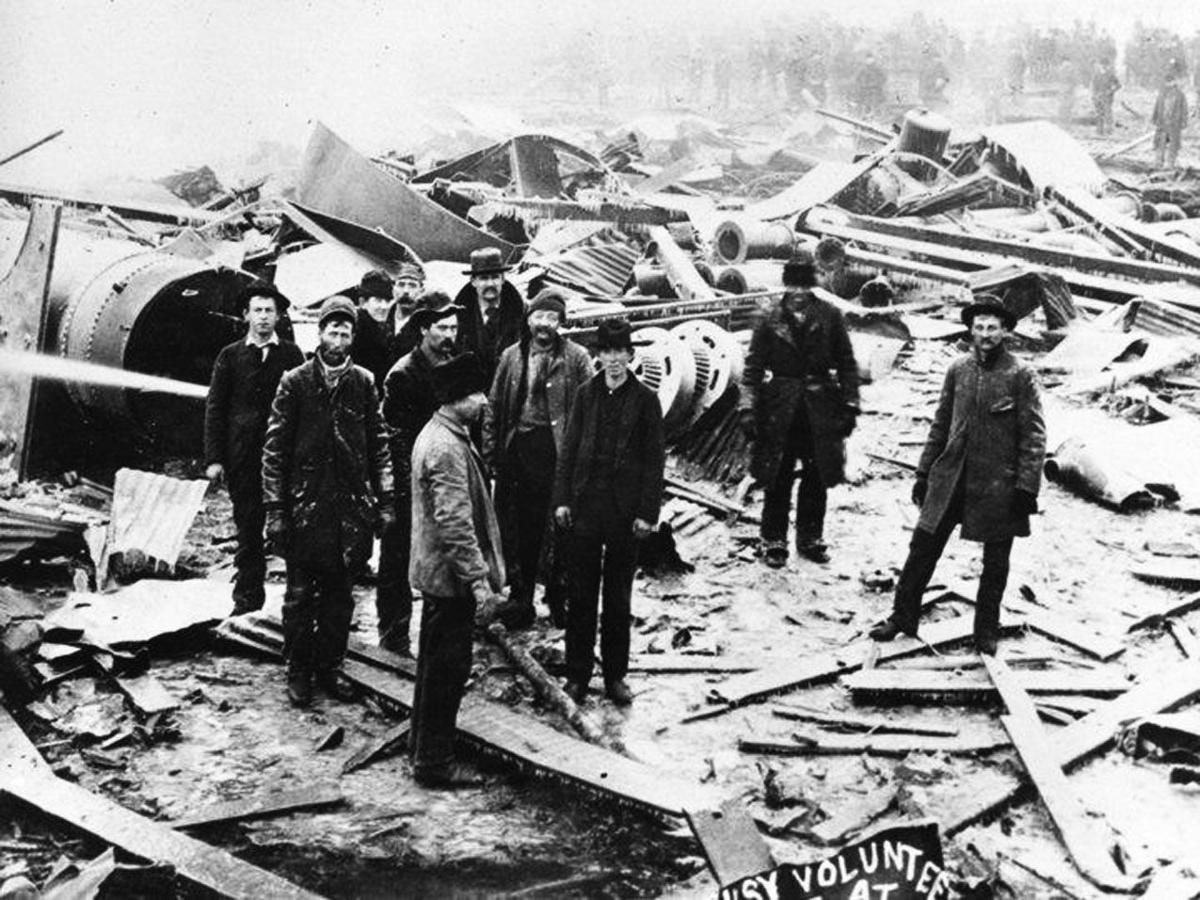 On a wintry day in January 1895, relief workers sift through rubble looking for victims following the explosions in Butte's warehouse district. The Kenyon-Connell explosion remains today the deadliest disaster for the Butte Fire Department. 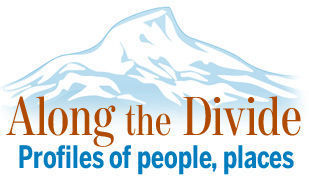 The cold was fierce. The icy air of the night was the kind that slaps your face, bites your fingers, and strangles your voice. Yet the sound of alarm that came at 9:55 p.m. to the Butte Central Fire Station on Broadway was clear and frightening. A fire had engulfed the Kenyon-Connell warehouse near the Railroad Yards of Arizona Street. It was January 15, 1895.

Butte at the end of the 19th century is elusive to capture because it defies our ideas about Western mining towns of that era. It certainly exuded the Wild West. The rambunctious male population made fighting, gambling, and heavy drinking routine entertainment and prostitution a lucrative venture.

But there was so much more. You could find in this beautiful and remote valley of the Northern Rockies an exquisite architectural refinement and a spiritual, emotional, and cultural landscape that one associates with sophisticated, well-established communities elsewhere.

Butte was and remains today a uniquely endearing anomaly.

To decipher the fascinating and iridescent secrets of Butte’s enigmatic past, the Butte Archives offers invaluable clues. Director Ellen Crain and her passionate team have assembled easily accessible treasures. They greatly assisted me with the following details.

At 10:08 p.m., just minutes after the entire fire department had arrived at the blaze, a stock of illegally stored dynamite exploded. The blast was so powerful that it could be seen 60 miles away.

In an instant, the lives of 13 out of the 15 Butte firemen were shredded. Moments later, an adjacent warehouse blew up and 44 other people who had rushed to help or watch — including a young boy — died. It was a tragedy that still veils this part of town in infinite sadness.

Among the miraculous survivors were two animals belonging to the fire department. There was Jim, a tall, wise, and faithful horse of Fire Chief Angus Cameron. Though hurt by the explosion, he pulled with dignity the funeral cart bearing the remains of four heroic firemen. He then became one of Butte most beloved celebrities for years afterwards.

And there was a mysterious black dog.

The giant, muscular, and very handsome Newfoundland belonged to William Copeland, a fire volunteer. When he was killed by the explosion, an agony began for his beloved dog Jack.

After the fire was finally extinguished and while the charred remains were cautiously removed, Jack kept staring and hoping. But it was hopeless. He followed his deceased master to the mortuary and there waited discreetly. He looked lost and confused but could not be persuaded to move. Eventually, when the remains were taken to the church for the funeral ceremony, Jack went along.

Finally, on Jan. 18, the sad, long procession of thousands left City Hall and descended Montana Street toward Mount Moriah Cemetery. The somber figure of a weakening giant black dog was observed by many. A vast number of sympathetic mourners took interest in him. He belonged with them, and his inconsolable grief somehow brought relief to some.

After the burial, when the cemetery alleys became once again deserted, the gatekeeper noticed a large dog lying motionless near a mound of frozen flowers. He did not think much of it until the following day when the dog was still there.

Some people do not believe in soulmates. Others have unrealistic or skeptical views about the human ability to love. But William Copeland and Jack were inseparable. They found in each other the fullness of who they were. It is a reflection of the magnificent mystery of discovering yourself only through another. I have experienced this kind of love from dogs and hope to have been worthy of it and able to return it.

After much effort, the gatekeeper took the dog inside his home to give him food and water. The dog took a small amount of both. But the moment the front door was reopened, he dashed out again to return to the icy grave.

When the heart truly breaks, the pain of grief overwhelm all other sensations. You stop feeling the cold bite on your fingers, the slap on your face, and the strangling of your breath.

The next time a cemetery employee looked at the graves of the fire victims, Jack’s beautiful, shiny black coat was still there. But his exhausted body was as frozen as the mound of flowers nearby.

Final stillness had come to the soulmate. With his beautiful and gentle head peacefully resting on the grave, he was as still as the icy stillness of death and the elegant stillness of granite tombs.

Hypothermia can steal life quickly in January in Butte, but Jack died of the kind of cold that is suffered silently inside a broken heart.

Note: There is no record of the name of the noble and grieving dog. I arbitrarily chose Jack because it was a very popular name for big dogs in 19th-century America. I want to thank Jim McCarthy and the 1895 Kenyon-Connell Memorial Committee for bringing to my attention this powerfully moving episode of Butte’s very colorful history.

Note: There is no record of the name of the noble and grieving dog. I arbitrarily chose Jack because it was a very popular name for big dogs in 19th-century America. I want to thank Jim McCarthy and the 1895 Kenyon-Connell Memorial Committee for bringing to my attention this powerfully moving episode of Butte’s very colorful history.

It was a uniquely cheerful stride. It was a distinctive walk that I had never observed in a hospital until I met Brett at St. James Healthcare…

Women of Montana Tech and their quest to repair broken heartstrings

When I was in the restaurant business, a regular guest described to me, in very moving details, the shelter that she supported. I was instantl…

Editor's note: This story is being rerun in conjunction with the anniversary of the deadliest disaster for the Butte Fire Department, and to p…

On a wintry day in January 1895, relief workers sift through rubble looking for victims following the explosions in Butte's warehouse district. The Kenyon-Connell explosion remains today the deadliest disaster for the Butte Fire Department.