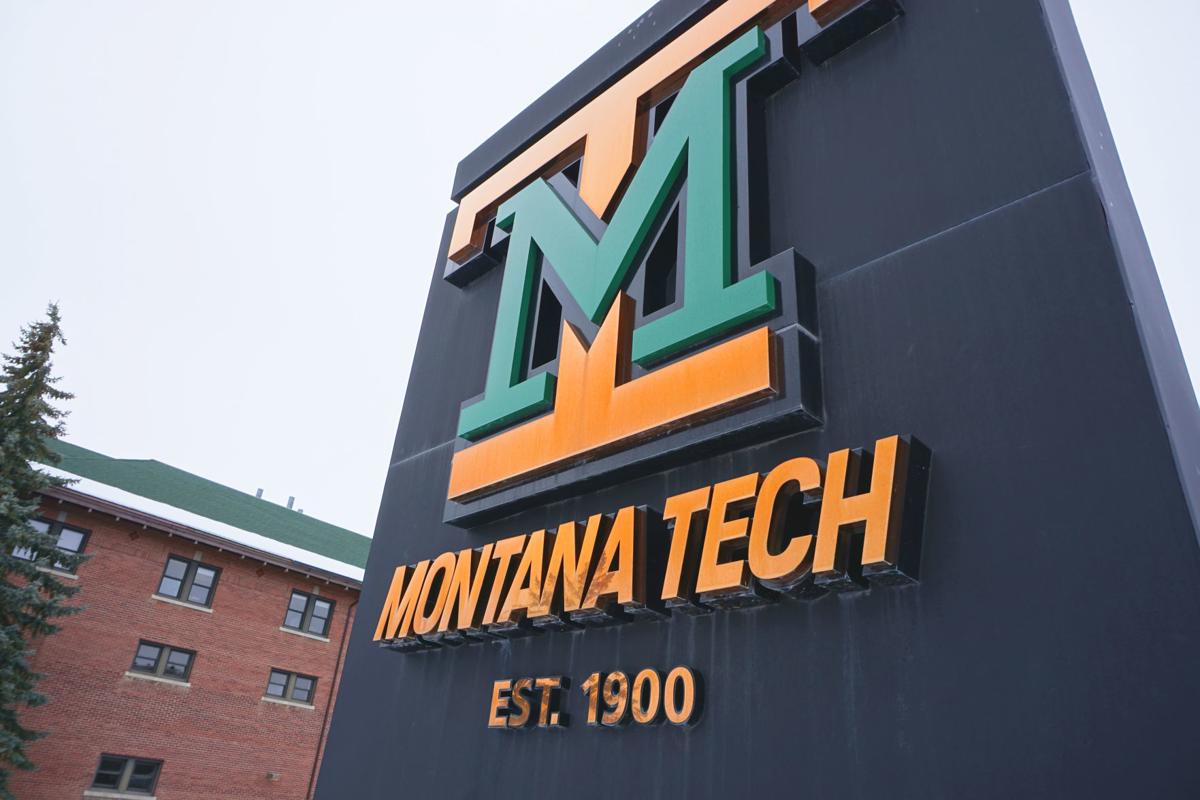 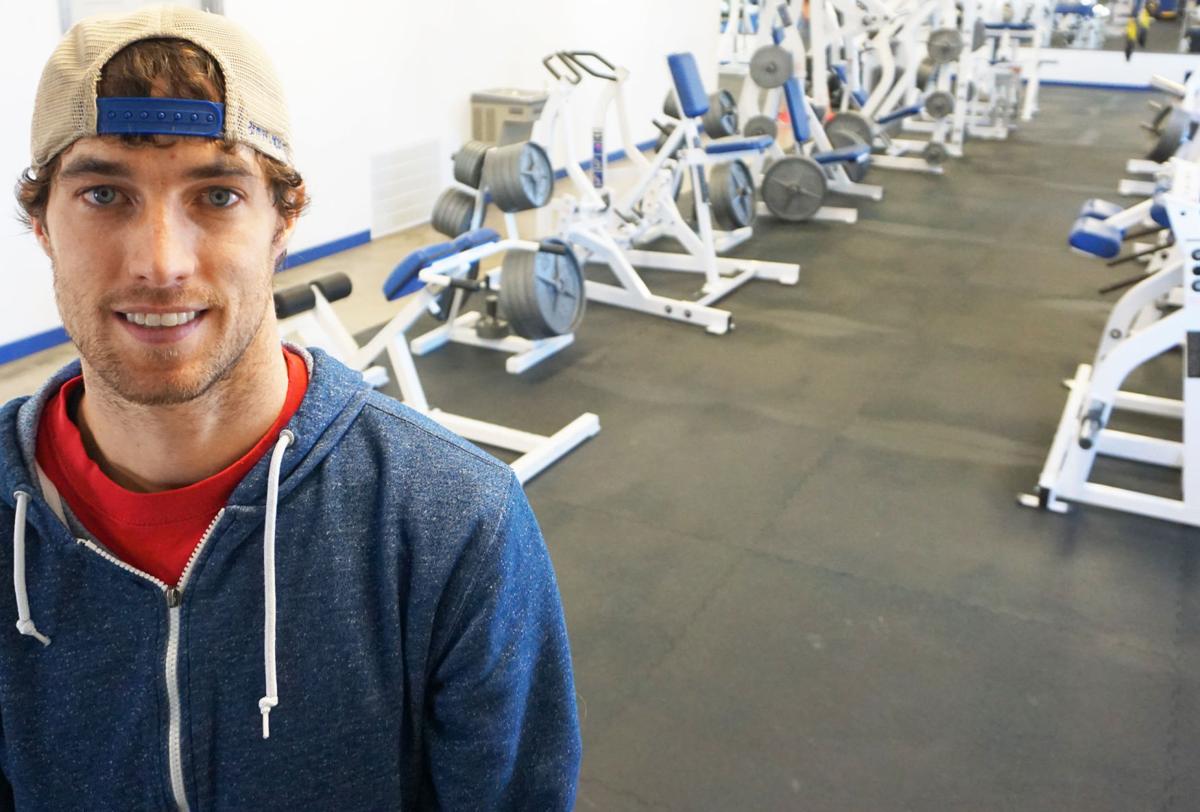 Montana Tech graduate student Clay McQueary, 28, poses for a picture inside his business The Pit Fitness — a 24-hour gym at 3255 Hecla St., off Continental Drive near McQueen Athletic Club. 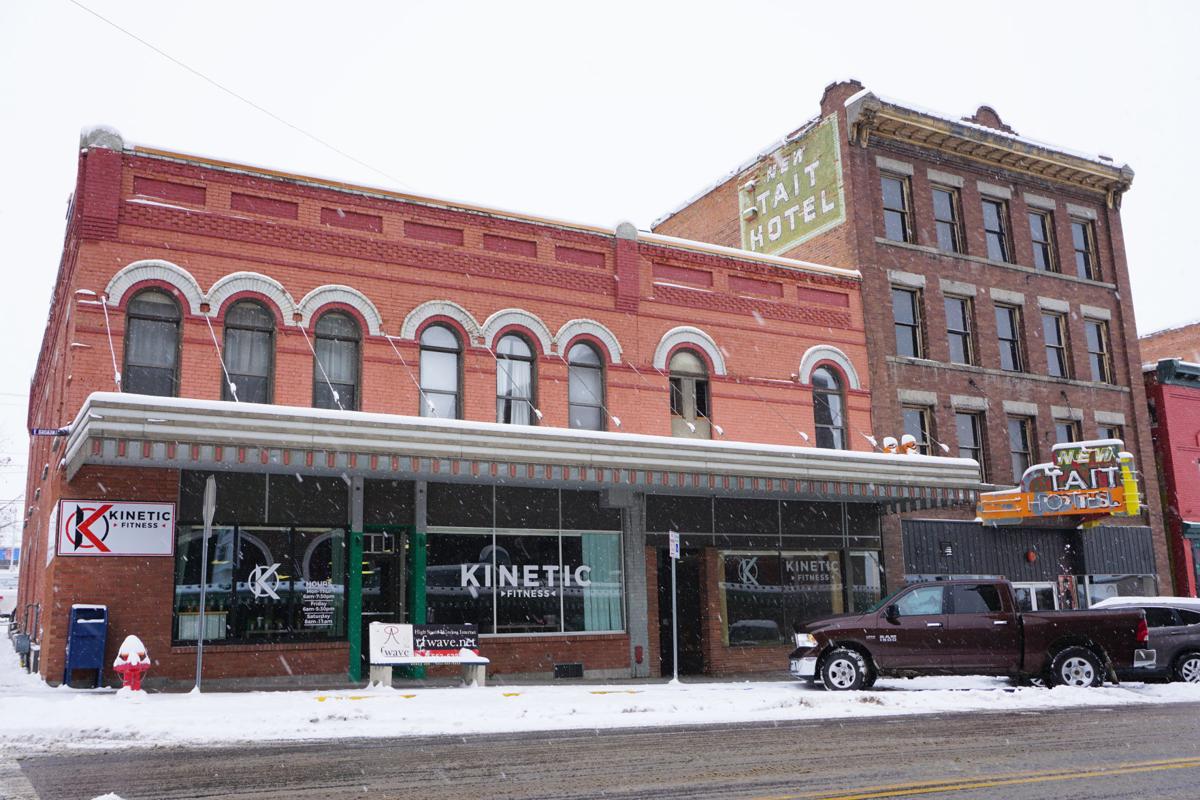 A series of articles on the impact of young people on Butte’s economy wouldn’t be complete without a look at Montana Tech and its approximately 2,680 students, who all eat, drink and pay rent in the Mining City.

According to a 2014 economic-impact study, out-of-state students spend $5.5 million each year in Butte and students who live outside of the county spend $10.7 million.

When combined, that’s an additional benefit to the local economy of more than $16 million.

“They’re basically nine-month tourists,” McClafferty said of the students who come to Butte each year to attend the university.

But the impact of Tech students goes beyond just buying tires and ordering pizza, said McClafferty, who’s also the president of the university’s foundation.

He noted that many Tech students volunteer at organizations like Big Brothers Big Sisters of Butte and serve as role models.

McClafferty noted that children often base their expectations on what’s around them, and by interacting with Montana Tech students, they can envision themselves as one day becoming engineers or scientists.

And that, McClafferty said, can lead to a healthier community, especially if those children grow up to become job creators.

“That’s that quality, that advantage, of having a university in your town that you can’t put a finger on financially,” McClafferty said.

Using millennial alumni as inspiration, some kids might also envision themselves one day starting their own business.

Thirty-two-year-old Brian Gollehon said a Montana Tech degree in mechanical engineering and an entrepreneurial spirit have opened up a world of possibilities for him.

Amid declining oil prices, he decided to leave his job as a directional driller in the oil and gas industry and look for alternatives.

He sat down and made a list of all the things he thought would make operations on the oil field easier. Through that list, he came up with an idea for an invention: a device that would increase the accuracy of drill bits used to drill oil.

He got a patent for his invention, dipped into his retirement to start a business and found investors — and soon his company Accu-Scribe LLC was born.

Gollehon started Accu-Scribe in Butte, but recently moved the business to Houston.

For several years, Gollehon has been invited to speak at a freshmen engineering seminar at Tech.

During his talk, Gollehon said, he stresses the importance of growing a professional network and keeping a budget.

He also tells students not to buy in to the negative stereotypes about millennials, telling them it’s “BS.”

“When you put a bright mind with good technology behind it, the possibilities are endless,” Gollehon said.

Anderson founded the company with brother Colt Anderson, former University of Montana safety and current safety for the Buffalo Bills.

The UpTop name and original T-shirt logo is based on a celebratory move where two athletes jump and collide in the air.

Anderson, who studied business at Tech, started making a few T-shirts with the UpTop image casually at the request of his brother, who then played for the Philadelphia Eagles.

The UpTop slogan and image started to catch on, and soon Anderson was making lots of T-shirts — and before he knew it, he had an idea for a brand and a company: UpTop Clothing Co.

Anderson said the company’s sales have doubled each year since its founding.

Butte and Missoula’s Universal Athletic were among the first stores to carry UpTop’s apparel, and Anderson now distributes to all of Universal stores in addition to Bob Ward's, Scheels, Herberger's and boutiques throughout Montana.

UpTop has business operations in Butte and Missoula, but Anderson said he’s in the process of moving the entire business to the Mining City. He’s taken over a building on Main St., where he plans to house his distribution.

“Just listen to young people and envision what they’re seeing,” said Anderson when asked how communities can foster entrepreneurship among young people.

McQueary, who also has a bachelor’s from Tech, is studying for his master’s in exercise science.

“You work for yourself, which is awesome,” said McQueary of the perks of owning a business.

McQueary is not the only Tech alum to go into the fitness industry.

Kelly graduated from Montana Tech in 2008 with a degree in mechanical engineering and worked in the engineering field for 10 years but found that the button-down world of engineering left him wanting more.

“I got bit by the entrepreneurial bug,” Kelly, 33, told The Montana Standard in November. “I just wanted to have a different lifestyle.”

Montana Tech graduates also contribute to the Butte economy by working at some of the largest employers in Butte-Silver Bow.

Badovinac said that, in addition to holding positions at engineering firms and technology companies, including REC Silicon and Montana Precision Products, many Tech graduates go on to work at NorthWestern Energy, St. James Healthcare and Community Hospital of Anaconda.

“There’s kind of this idea that we educate (students) and then we just send them somewhere else and that’s really not all that true,” McClafferty said

Montana Resources, meanwhile, makes the most of the students who graduate from Tech each year.

Willauer said Tech can be a draw for companies looking to potentially locate in Butte.

“Having a trained, knowledgeable workforce is critically important for a large employer,” Willauer said.

As for McClafferty, he said he believes that Montana Tech and Butte have a symbiotic relationship.

“There’s not a lot of sustainable growth engines in (the) economy. One restaurant goes out of business and another one starts up,” McClafferty said. “(But) if we grow, everything grows in town. ...You can’t say that for a lot of industries.”

How will millennials impact the future of Butte and beyond?

As a generation, millennials sometimes get a bad rap.

Students of the University of Montana Western are contributing to the cultural and economic landscape of Dillon and Beaverhead County, univers…

Patrick Barkey, director of the University of Montana's Bureau of Business and Economic Research, dropped a surprising figure Thursday.

Montana Tech graduate student Clay McQueary, 28, poses for a picture inside his business The Pit Fitness — a 24-hour gym at 3255 Hecla St., off Continental Drive near McQueen Athletic Club.