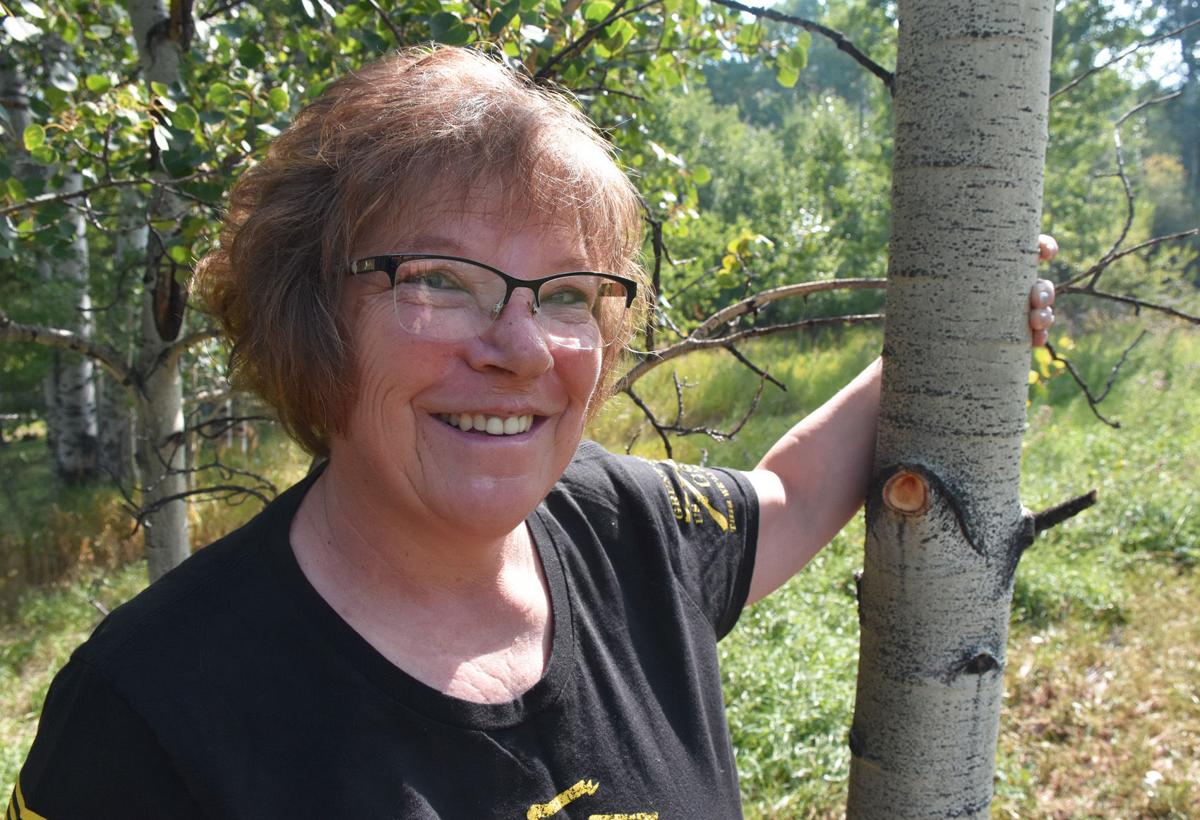 Roxanne Arneson Wigert of Anaconda followed in her brother Jerry's footsteps to become a U.S. Marine. Expectations for females in a male-dominated service helped motivate her to succeed. 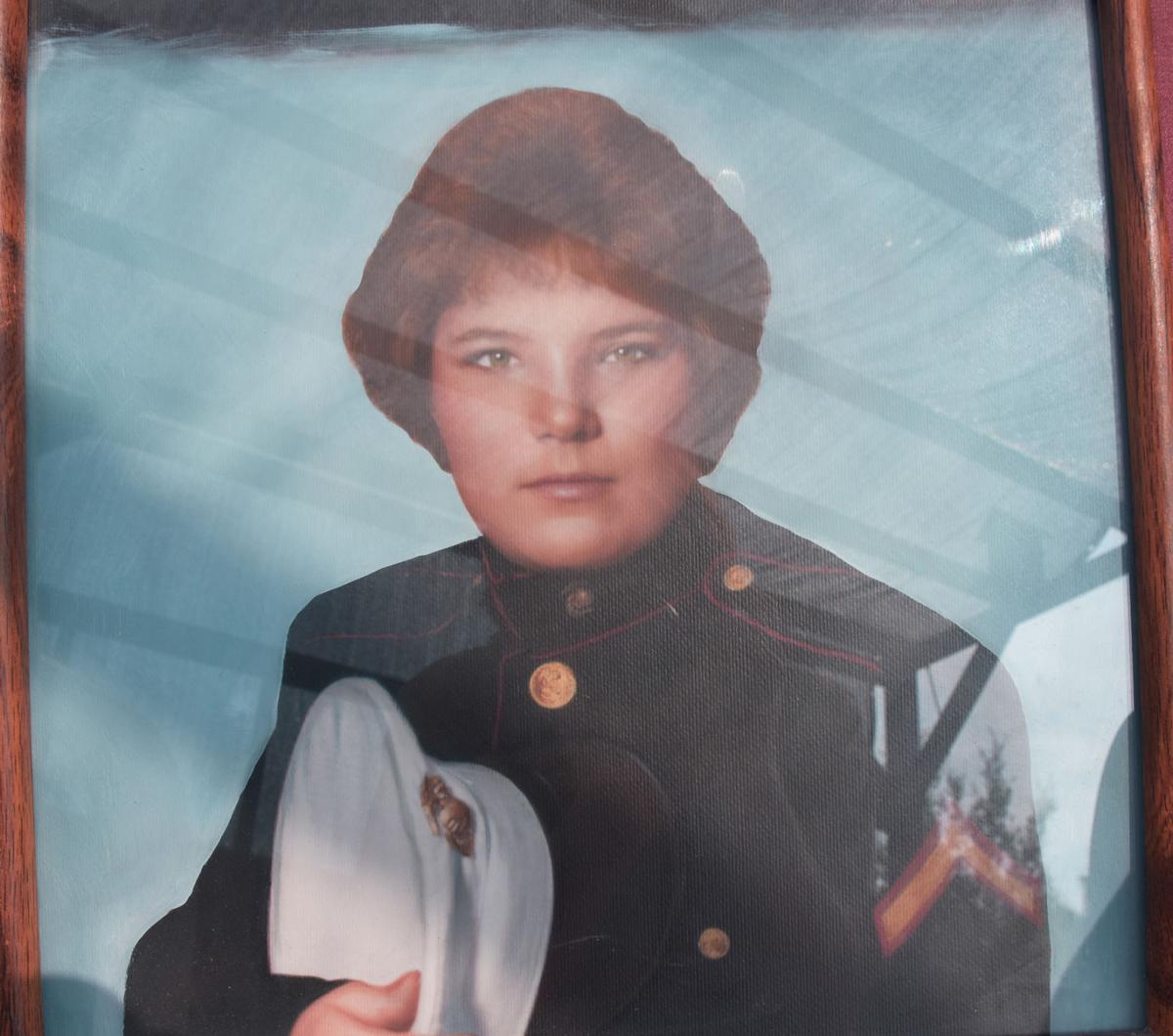 Roxanne Arneson Wigert reported in 1984 for basic training to Parris Island, South Carolina, a boot camp known for its tough drill instructors and hot and humid weather. She was there in winter. 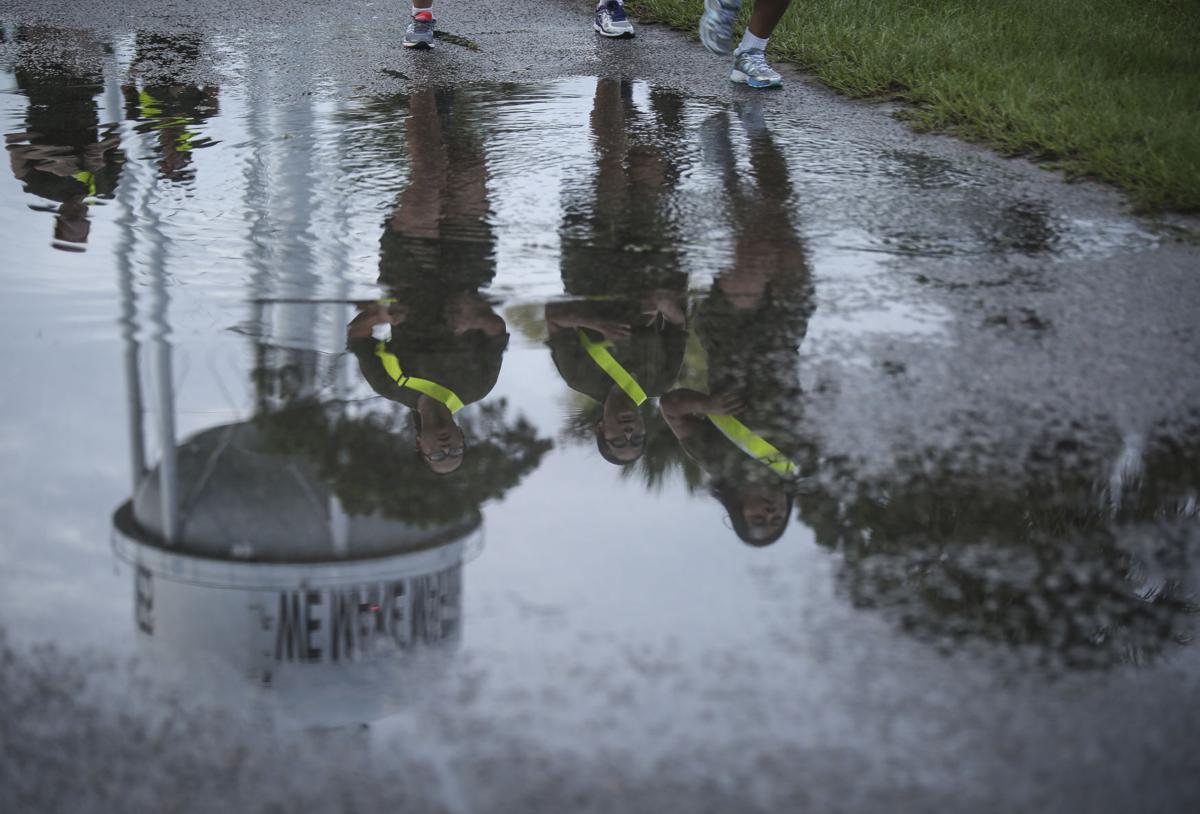 In this July 2018 photo from Parris Island, South Carolina, female recruits near the finish line for the run portion of their Initial Strength Test. Parris Island is home to entry-level enlisted training for 49 percent of males and 100 percent of females in the Marine Corps. Roxanne Arneson arrived for basic training in December 1984.

The Marine Corps recruiter’s advice to Roxanne Arneson landed her in awkward territory when she reported for basic training at the notoriously stern boot camp at Parris Island, South Carolina.

Following the recruiter's what-to-bring guidance, she arrived for basic training in December 1984 with outfits and accessories that included a bathing suit, a dress, a blazer and other personal items stowed in a suitcase.

Arneson, an Anaconda native, was 18 years old. She was a graduate of Anaconda High School and the sister of Jerry Arneson, who’d joined the Marines in 1978 and served for four years.

“I got off the bus at Parris Island and I was the only one with a suitcase,” she recalled during a recent interview at her home up the Sunnyside Road in Anaconda.

“They asked me, ‘Do you think you are going to a party?’ They thought I was off my rocker,” Arneson said. “I was just like, ‘Well, we’ll see where this road goes.’

“From the time I got there until the time I left they called me Private Benjamin,” she said, referencing the movie comedy starring Goldie Hawn that begins with Hawn’s character believing U.S. Army basic training will be akin to a relaxing spa experience.

To this day, Arneson, now 55 years old and married to Howard Wigert, wonders about that advice from the recruiter, a Marine married to a Marine.

But Arneson persevered. Like her brother before her, she went in tough and stayed tough. As a child growing up with two brothers in Anaconda’s Goosetown, she played neighborhood pickup football with the boys. She grappled with them. She boxed under the tutelage of a coach.

Arneson was born in 1966. Her father was Gerald Ingvald Arneson, now deceased. Her mother is Patricia Sedminik.

Arneson’s journey toward enlisting in the Marines was influenced in part by older brother Jerry’s uniform.

“He came home in his dress blues,” Arneson said.

Some of her female Copperheads classmates went to college. Some took jobs after graduation.

“I just wanted to do something no one else was doing,” Arneson said.

She ended up at Parris Island instead of San Diego because there was no boot camp at the time for women in California.

“We used to call the California Marines the Hollywood Marines,” she said.

Given that Arneson’s basic training began in December, she avoided the heat and humidity that can amplify the misery at Parris Island.

Physical fitness expectations for female Marines were slightly less demanding than the expectations faced by men for exercises that tested upper body strength and the like.

But female Marines had to learn to cope with a different set of unspoken expectations, Arneson said.

“Being a female in a male-dominated branch and having to do everything better,” she said. “I always made sure I had an excellent physical fitness test.”

Arneson said the slang term at the time for female Marines was “BAM,” for broad-assed Marine.

She said boot camp instilled discipline and built lasting bonds with fellow recruits. It helped her grow up, she said, in ways she believes would not have happened had she remained in Montana.

After basic training the Marines sent Arneson to Millington, Tennessee, for training in aviation and aviation hydraulics. During Arneson’s time there she met a woman named Suzanne Collins, a 19-year-old lance corporal in the Marines.

“She was a good runner and a free spirit,” Arneson said.

In July 1985, Collins went running around 10:30 p.m. outside the base. Her naked, brutalized body was found the next day. Authorities interrogated a man named Sedley Alley, then 29, who initially denied knowledge of Collins or the rape and murder but then confessed. He later said the confession was coerced and the Innocence Project has raised doubts about his guilt.

He was convicted, sentenced to die and executed in 2006.

After Millington, the Marines stationed Arneson at Camp Pendleton, where she received training in warehouse supply.

She also assumed a host of other roles. She worked as a rifle range coach. She performed physical fitness testing. She provided urinalysis testing for women.

In November 1987 she received orders to report to Okinawa, where she worked in supply.

Arneson said there was some hostility toward Americans among the Japanese who resented the military presence.

“You didn’t go anywhere alone, that’s for sure,” she said.

“Still, it was fun. The beaches were beautiful. We’d go out snorkeling,” Arneson said.

As the end of her tour approached, Arneson returned to Camp Pendleton for discharge in December 1988. She returned to Anaconda but didn’t linger long.

“It was too boring,” she said, smiling.

Arneson headed to the Big Apple, the City That Never Sleeps, the Melting Pot.

She worked there as a nanny, watching a boy for a couple who lived on the Upper West Side.

“The best tour guide was a homeless guy I met,” Arneson said. “He told me, ‘This is not Montana. You don’t just talk to everybody.’”

She said she enjoyed her sojourn in New York City but started to miss the quieter, simpler, safer life in Anaconda.

“I realized, “I like living where I don’t have to lock my doors,’” Arneson said.

After her southwest Montana homecoming, she worked at the women’s prison at Warm Springs.

In February 1991, as Desert Storm unfolded, the Marines reactivated Arneson and she returned to Camp Pendleton. Someone mentioned she had experience working in corrections and soon she was in fast-track training to become a military police officer. She said there was talk of deploying some trainees to Iraq but this did not happen.

Her reactivation ended in April 1991. She officially discharged from the Marines as a lance corporal in 1992.

Once again, Arneson returned to Anaconda — this time, by all appearances, coming home to stay.

She landed a job in another male-dominated milieu by becoming a correctional officer at the Montana State Prison. She has worked there for 31 years in varied roles.

In July 1993, she married Howard Wigert. She and Howard have two sons, Michael and Bryce Wigert.

Roxanne Arneson Wigert said she is grateful she became a U.S. Marine. She said her service in the Corps yielded life-long friendships, travel, an abiding patriotism and a sense of accomplishing something many others could not.

The meeting ended before it began.

For Les Castren the parcel size mattered less than the fundamental principle he felt should prevail.

A handful of people living in the area of Central Butte addressed the Butte-Silver Bow Council of Commissioners Wednesday night.

The school board for Butte School District voted unanimously Thursday night to continue requiring masks for students, faculty and staff in an …

Roxanne Arneson Wigert of Anaconda followed in her brother Jerry's footsteps to become a U.S. Marine. Expectations for females in a male-dominated service helped motivate her to succeed.

Roxanne Arneson Wigert reported in 1984 for basic training to Parris Island, South Carolina, a boot camp known for its tough drill instructors and hot and humid weather. She was there in winter.

In this July 2018 photo from Parris Island, South Carolina, female recruits near the finish line for the run portion of their Initial Strength Test. Parris Island is home to entry-level enlisted training for 49 percent of males and 100 percent of females in the Marine Corps. Roxanne Arneson arrived for basic training in December 1984.