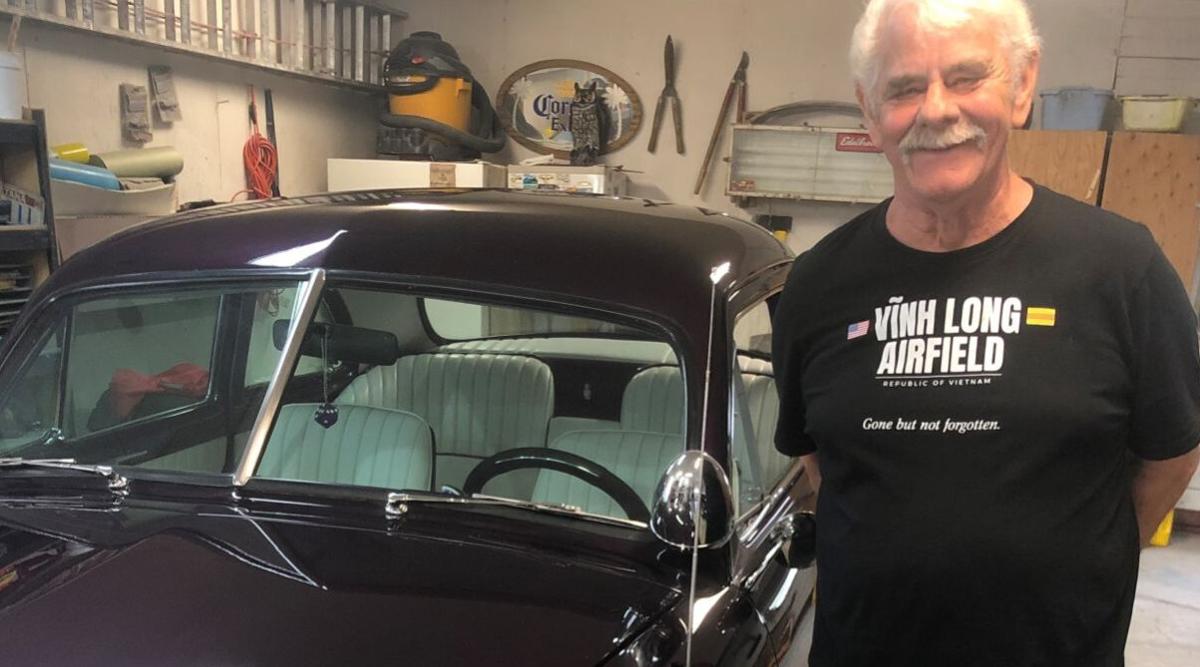 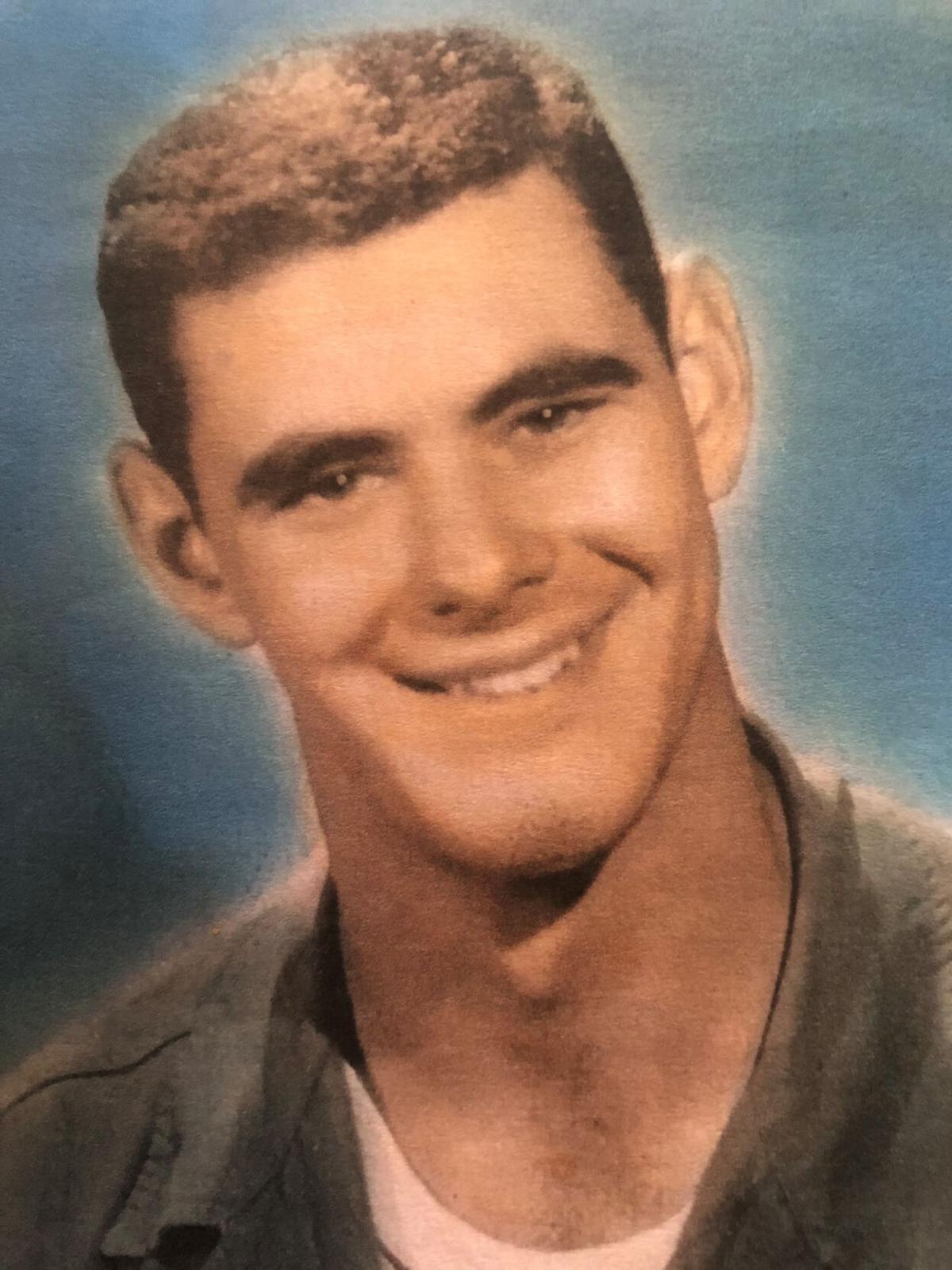 Aspholm during his Vietnam service. 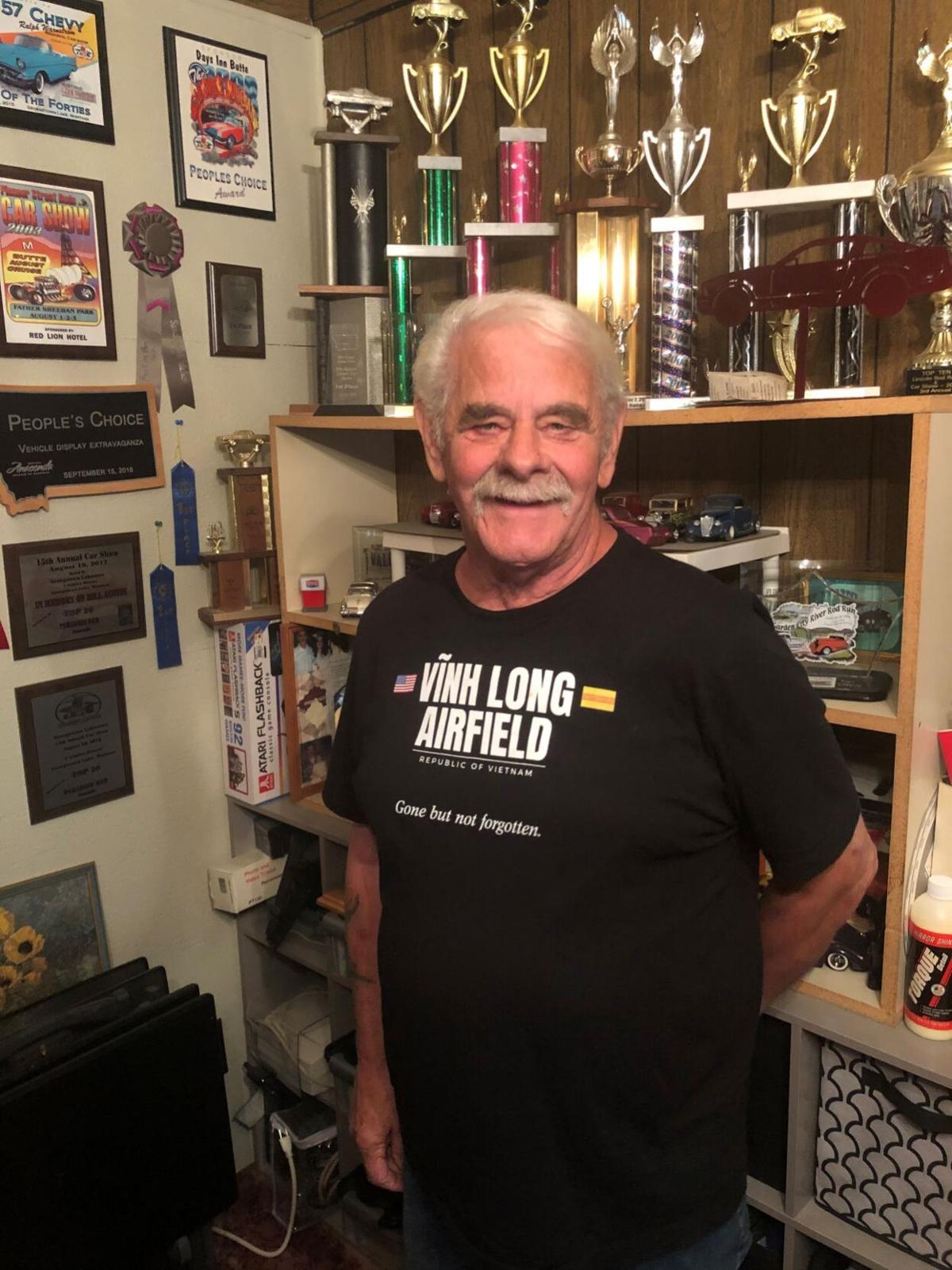 Aspholm with some of the trophies and awards he has received for his auto restorations and custom work. 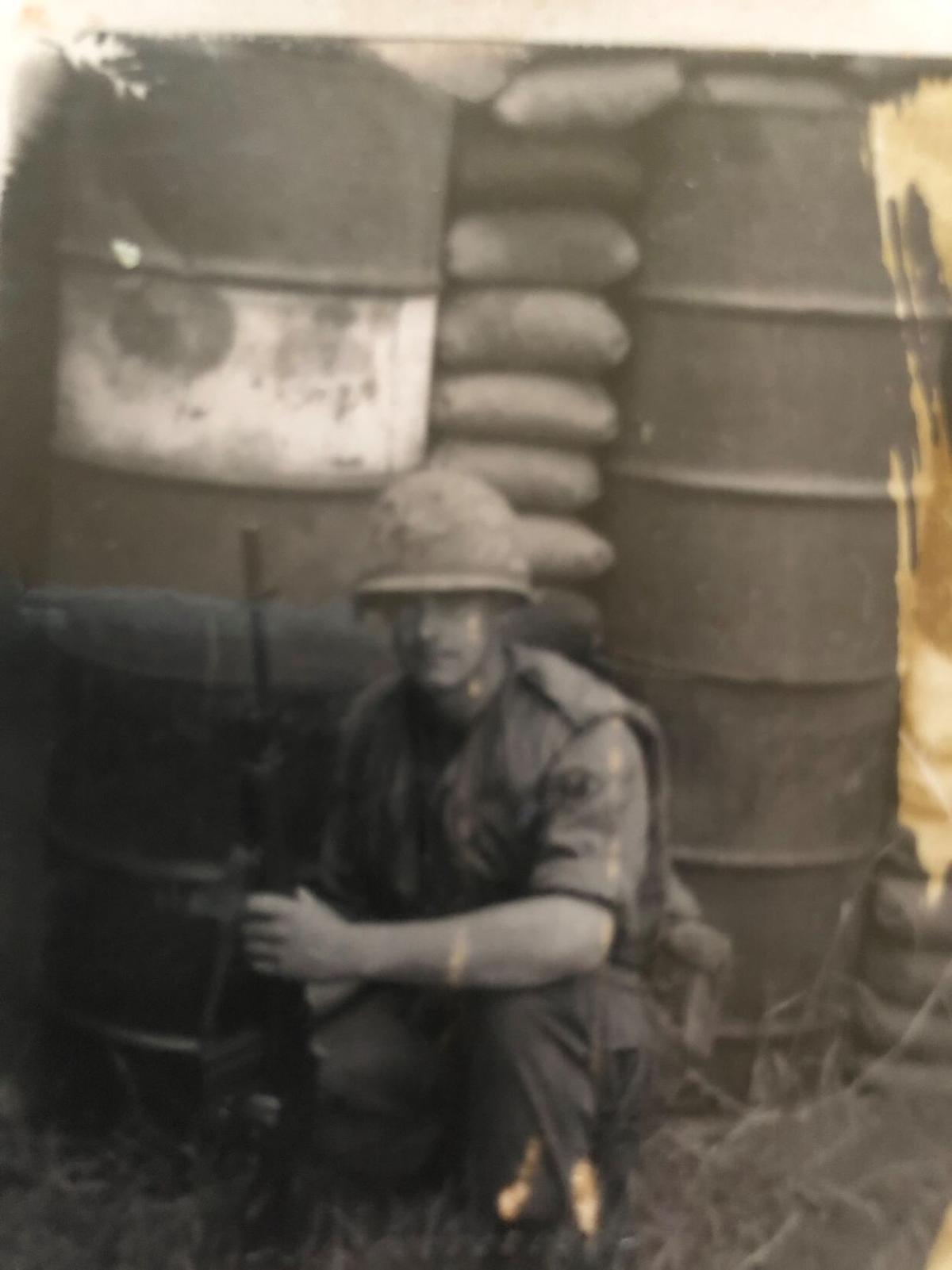 Aspholm during his tour in Vietnam.

The day after he graduated from high school in 1966, John Aspholm went to work for the Anaconda Copper Mining Company at the Washoe Smelter.

He started on the surface gang, then in the winter moved to the zinc plant, where molten zinc was cast into anodes. His job was to pick up the molds with tongs as they cooled, and dump out the 50-pound zinc anodes and stack them.

"We used to have races," Aspholm remembers. "We had a set number we had to produce every shift, and once you hit that number, you were done."

He liked the work, but in the summer of 1967, his life changed dramatically.

There was a strike at the smelter, and he realized that he was going to need to fulfill his military obligation sometime, so he volunteered for the draft, which meant he was moved basically to the front of the line of draftees.

He was hoping to learn useful skills in the Army, so while he was at basic training at Fort Lewis, Washington, he signed a year-long extension to his hitch in exchange for a promise to be taught welding.

Airframe repair was considered a critical MOS (military occupational specialty). And so only 10 percent of Aspholm's class would be diverted to advanced training in aluminum welding. It was a tough 18-week course, and his class had only 14 members, so that meant just one person would get that opportunity.

"It wasn't me," Aspholm said with a grin. Instead, he got orders for Vietnam.

He joined the 765th Transportation Battalion at it headquarters at Vung Tao, which was considered a good duty station. "It's right on the beach," Aspholm remembered.

But he didn't get long to enjoy it. After a couple of days he was sent to Vinh Long Army Airfield.  "They're catching hell down there," he was told.

And indeed, there was plenty of work for the airframe repair crew. "We fixed a lot of bullet holes," Aspholm says. They worked mostly in support of the 114th and 175th assault helicopter companies.

The base was only three kilometers from Vinh Long itself, but the city was off limits to Army personnel. Aspholm and his fellow soldiers had to use the PX for everything they needed, and there wasn't a lot on offer.

But one day as he shopped, Aspholm got a powerful reminder of home when he saw a copy of Ring Magazine featuring a cover picture of Roger Rouse, the Anaconda boxer who twice fought for the world light-heavyweight championship.

"That was so cool," he said. "I bought it and took it back to the barracks and read it."

Meanwhile, Aspholm and his crew were patching up pretty much everything that flew at Vinh Long — Hueys, Cobras, DeHavilland Caribous and Otters.

In addition, Aspholm was in the rotation for guard duty, both in the tower at the base and in bunkers around the perimeter. Vinh Long, in the Mekong Delta, was a prime target for Viet Cong. "They tried to take the base during the Tet Offensive" in January 1968, Aspholm said.

After eight months at Vinh Long, Aspholm was sent to Long Thanh North, a base near the city of Bien Hoa. He was there four months, in late 1968 and early 1969, patching up aircraft and putting together new helicopters arriving from the United States.

"We'd put on the rocket pods and tail booms," he said. "Usually we painted insignia on them, but at one point they came to us and told us, 'No insignia on these.' Later I figured they were for use in Cambodia."

There, he also volunteered for convoy driving duty.

"We usually tried to reach our destination in daylight," he said, "because the night belonged to Charlie." But that wasn't always possible.

After more than a year in country, he came home to Anaconda on leave.

"A friend, Howie Cortright, and I decided one night we were going to have a beer in every bar in Anaconda," he said. "That wasn't a very good plan since there were about 33 bars in town then.

"We we heard there was a dance at the Embassy Club, a nice bar and dinner club,  and so we went by there."

There was indeed a dance, and there Aspholm ran into Audrey Poston, a fellow member of the Class of 1966. They hadn't been close friends, but that was about to change.

"I had orders for Germany — Echterdingen Army Airfield near Stuttgart — and I was there for a year and a half," Aspholm said. "I wrote to her all that time. And then I sent her a letter and asked her to marry me."

"We'd never really been out on a date," Audrey says now with a smile. "But I liked his letters. He was an excellent speller."

When Aspholm came back stateside in July 1970 for his discharge, he made a beeline to St. Ignatius, where Audrey was teaching. Three weeks later, on the 14th of August, they were married.

And a month ago, they celebrated their golden wedding anniversary.

Aspholm decided to seek work as an auto body repairman, and he went to Joe Leskovar at Leskovar Motors on Galena Street in Butte. Leskovar took him into the shop and showed him a car with a crumpled fender. "How long do you think it would take you to straighten that?" he asked Aspholm.

"I think maybe about five hours," he replied.

He worked there for 10 years, getting an initial hand from his uncle Robert "Babe" Aspholm, who provided him with some tools to get started.

He would go on to work for another 10 years at other garages, but then got a job with the Montana State Prison in Deer Lodge, where he worked for 19 years.

Along the way the Aspholms raised two children — Rachel and John — both of whom have master's degrees.

The Aspholms were both on the committee that recently brought the Vietnam memorial to Anaconda.

John has never lost his love for body work, and you don't have to go farther than his garage to see the result.

She just shakes her head and smiles.

He drove the old Ford for a while, then sold it. But 30 years later, he had a chance to buy it again.

By that time it was just a shell. Others may have looked at it and thought it was a wreck beyond saving. But to Aspholm, it was a canvas ready for his artistry.

The vision now sits, resplendent, in his garage.

It is barely recognizable. Aspholm lowered the profile of the little shoebox Ford, shaping the front end into a look considerably more streamlined, and put it on a Monte Carlo chassis. The spectacular white leather upholstery — bucket seats and a wraparound back seat — came out of a ’64 Thunderbird. And the gleaming purple paint looks about a mile deep.

The cruiser is an absolute knockout, and it has won a boatload of trophies.

Looking back now, Aspholm says his military service was a good thing. He says he learned discipline — it was good experience to have to follow orders, he says — and also the training he got put him on the path to his auto career.

"It was really one of the best things that happened to me."

Aspholm during his Vietnam service.

Aspholm with some of the trophies and awards he has received for his auto restorations and custom work.

Aspholm during his tour in Vietnam.