The 69-foot tugboat issued a distress call as midnight neared on Sept. 20, 1993. The Duke Luedtke, a steel-hulled tug, reported being in trouble on Lake Erie.

Jay Wood served aboard one of two U.S. Coast Guard vessels that responded.

“We had received a radio call that a tug was taking on water,” Wood said.

Another Coast Guard utility boat reached the scene first. Two members of its crew went aboard the tug to pinpoint and assess the damage and begin dewatering operations. One member of the tug’s crew showed the two Coast Guard crewmen how to reach the engine room.

A case study later reported, “Almost immediately after they entered the tug, it began to roll to port.”

Then, the Duke Luedtke abruptly sank stern first into about 70 feet of water. That happened within minutes of the arrival of Wood’s utility boat. One of the two Coast Guard crewmen aboard the tug managed to fight his way to the ship’s bridge, break a window and escape when the Duke Luedtke was at least 30 feet underwater.

“The captain was so large it took three of us to pull him in the boat,” Wood recalled during a recent interview at his shop in Deer Lodge.

The other Coast Guard boat assisted with rescuing members of the tug’s crew and the one Coast Guard crewman who’d escaped from the sinking Duke Luedtke.

But there was no sign of Coast Guardsman Michael Eric O’Neill, 20, of West Alexander, Pennsylvania.

Wood’s boat and crew then joined the search for O’Neill. The Duke Luedtke had sunk about 14 miles offshore.

He hadn’t. Salvage divers found his body on Sept. 23 in the passageway to the tug’s engine room.

But Wood cited the less official motto: “You have to go out, you don’t have to come back.”

Jay Wood was born in 1960 in Amery, Wisconsin, to Clayton and Elsie Wood. He grew up in Clear Lake, Wisconsin.

His parents ran a sporting goods store and Wood became, at a young age, a steady presence at the store, waiting on shoppers who sometimes seemed bemused by his precocious flair for customer service and his knowledge about sporting goods.

“We hunted and fished as a family to put food on the table,” he said.

Wood had an entrepreneurial bent too.

“Around the age of 10 I had my own glass-cutting business,” he said.

He mowed lawns. He shoveled snow. He lived a strong work ethic.

“The saying at the house was, ‘Everybody works, including the dog,’” Wood said.

He discovered at least two things early on about vocational preferences: he was good with his hands and he never wanted to employ them to punch a time clock.

Wood’s kin on his mother’s side included relatives who had served in the military – including a cousin, a U.S. Marine, Dan Edison Warner, who was killed in Vietnam in 1967.

“It was hard on all of us,” Wood said, his voice breaking. “For a long time they kept his room exactly the same.”

After high school, Wood moved to Superior, Wisconsin, to work for H&H Marine, a business run by his sister’s husband. Among other skills, he learned to repair small engines.

He worked at night tending bar. That meant he sometimes heard gin-soaked tales of regret.

“One of my customers came in and told me he was 40 years old and if he’d stayed in the Coast Guard he would be retired,” Wood recalled.

Wood was 20 years old when he enlisted at Duluth, Minnesota, in the U.S. Coast Guard. He reported to Cape May, New Jersey, for basic training.

Wood avoided some boot-camp drudgery by having experience as a musician. He was recruited to serve on a Special Ceremony Detail, playing a glockenspiel.

“We were gone off base every weekend, doing a parade or a ceremony somewhere,” he said.

After Wood’s basic training, the Coast Guard stationed him in Portland, Maine, at a marine safety office that focused on boat inspections, accident and oil spill investigations and more.

He then served aboard the USCGC Chase, a 378-foot-long ship docked in Boston harbor.

“I started in the engine room,” Wood said.

But he could not escape drudgery forever. He was assigned to scullery duty, which involved cleaning kitchenware.

The ship left Boston with orders to sail south to stop Haitians in boats from illegally reaching the United States. In October 1981, the Chase intercepted a leaky boat filled with dozens of desperate passengers.

“These people we took off the boat had been out there adrift for seven days,” Wood said. “They had very limited water, limited food.”

The Haitians were grateful to be alive but bereft when they learned they would be returned to Haiti, he said.

Later, Wood was stationed at a marine safety office in Hampton Roads, Virginia. Duty there sometimes included the recovery of a body or bodies.

On one such mission the focus was recovery of the 75-year-old captain of an oyster boat that had been loaded with about eight tons of oysters. The Ruth Ann’s steering had failed and waves flipped the craft, trapping the captain in the engine room.

Wood moved next to the USCGC Acacia, a 180-foot buoy-tender operating on Lake Michigan. On one mission, the ship sailed all the way to the vicinity of Key West to help with drug interdiction.

“Our most memorable bust — we recovered 13 bales of marijuana on a deserted island,” Wood said, smiling.

His next assignment put him aboard the 82-foot USCGC Point Highland, stationed at Chincoteague, Virginia. The ship focused on law enforcement activity and rescues.

Wood said the Point Highland crew once busted a lobsterman who was violating a host of regulations while harvesting the crustaceans.

His next posting took Wood to the USCGC Cimarron, docked in Paris Landing, Tennessee.

And then he served aboard the Coast Guard utility boat docked at the station at Lorain, Ohio, that responded when the Duke Luedtke made its distress call in Sept. 1993.

“We would go out and take the catch out of fishing lines that were set by Canadian commercial fishermen,” he said.

He decided not to serve 20 years and retire. He said he didn’t fit the culture embraced by a few of his Coast Guard colleagues in those days who valued heavy drinking and infidelity.

Wood held a variety of jobs after leaving the Coast Guard. The focus tended to be mechanical with work in a locomotive shop and as a civilian machinist working for the Coast Guard.

He married his wife, Susan, in June 2008. She was living at Seeley Lake, a circumstance that helped lure Wood to Montana.

For more than seven years he worked as a correctional officer at the Montana State Prison.

He is a member of the American Legion and the Honor Guard.

“Life is short. We have no guarantee of tomorrow. Learn all you can.”

And his experiences witnessing the wretched poverty in Haiti left an indelible impression.

“We are blessed to have what we have,” Wood said.

Joe and Therese McClafferty departing for new jobs in Kalispell

Cody Allen Eaton of Butte was sentenced Thursday to 30 years in prison for having sex with a 14-year-old girl.

Most recent Butte-Silver Bow police reports include stolen car with condoms and pot inside; DUI with child in vehicle and more.

A woman was charged with vehicular homicide in December after a domestic dispute turned deadly in August in Whitehall.

Watch Now: What will it take to keep schools open? 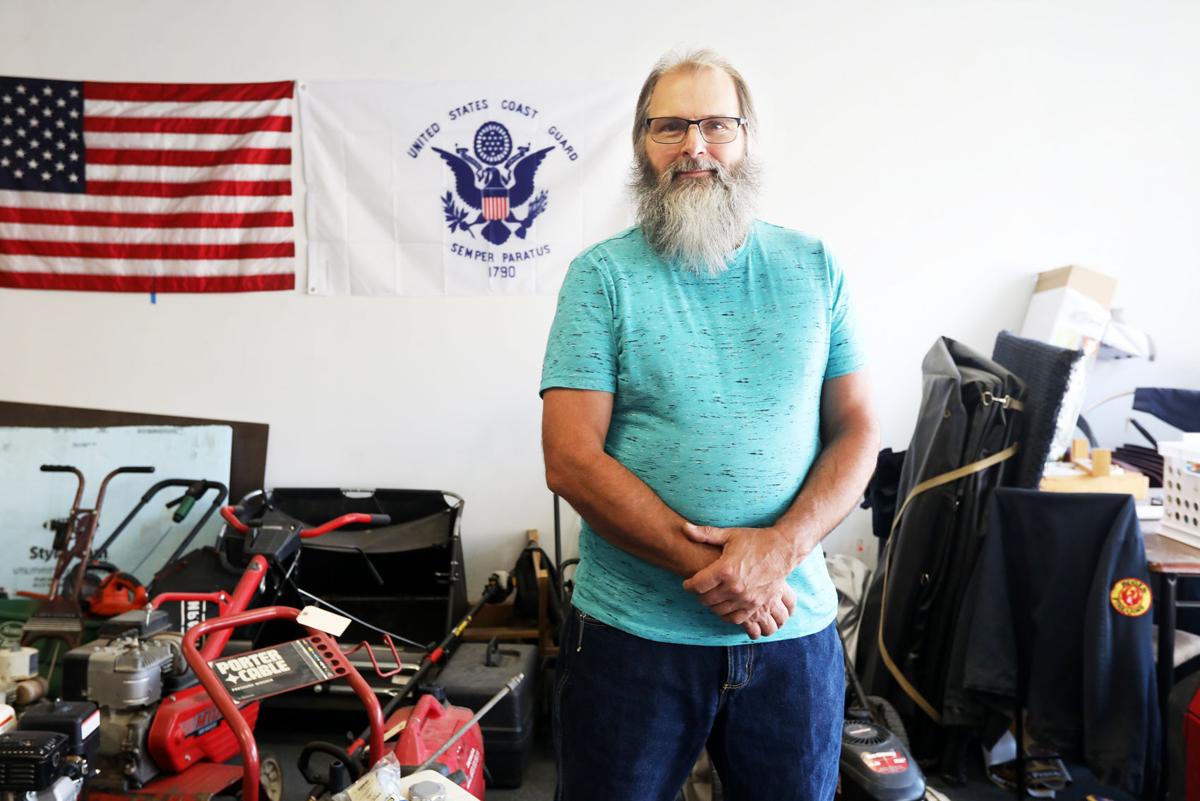 Jay Wood, a veteran of the United States Coast Guard, is photographed at his small engine repair shop on Main Street in Deer Lodge. 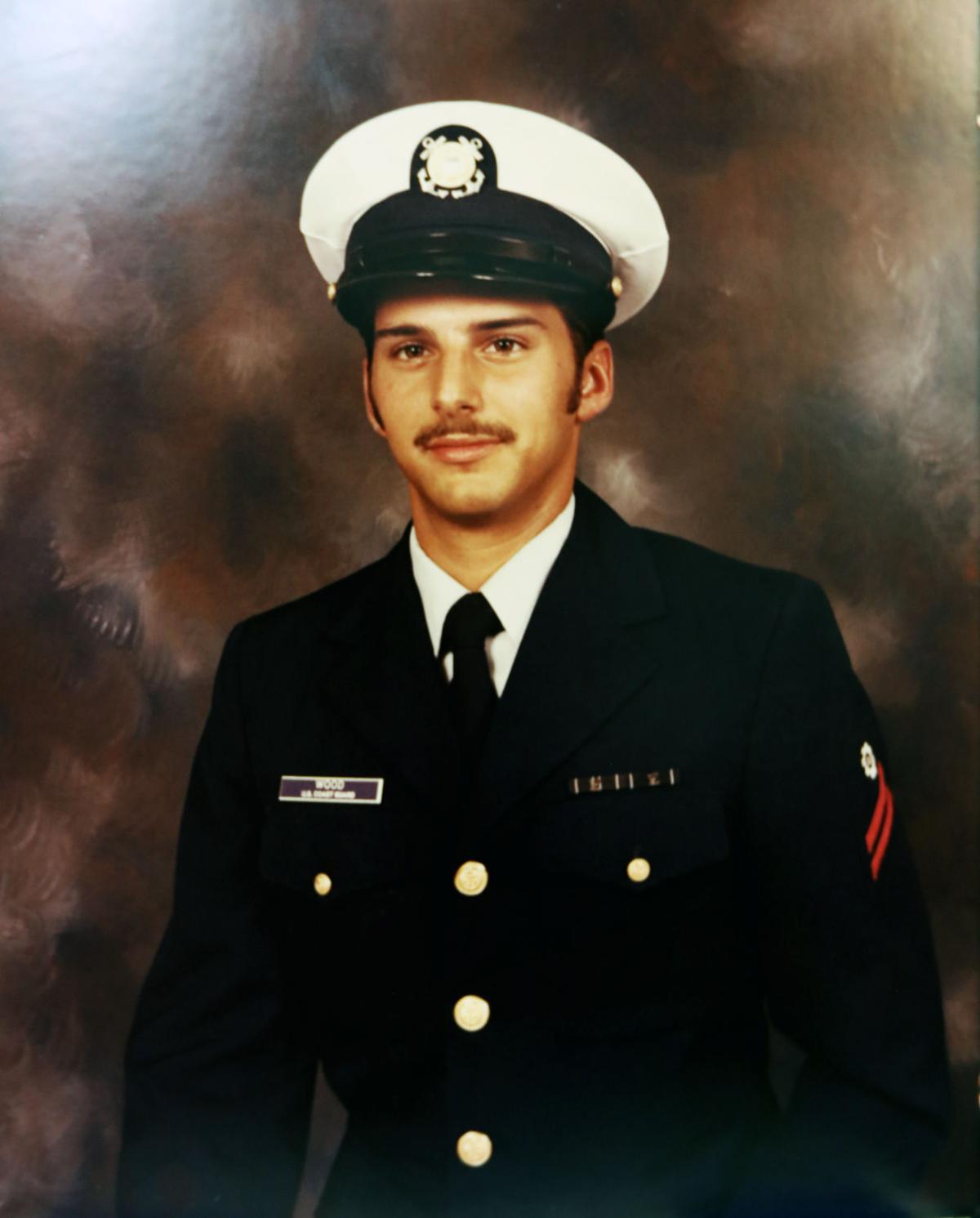 Jay Wood is photographed in his United States Coast Guard uniform after entering the service in 1981. 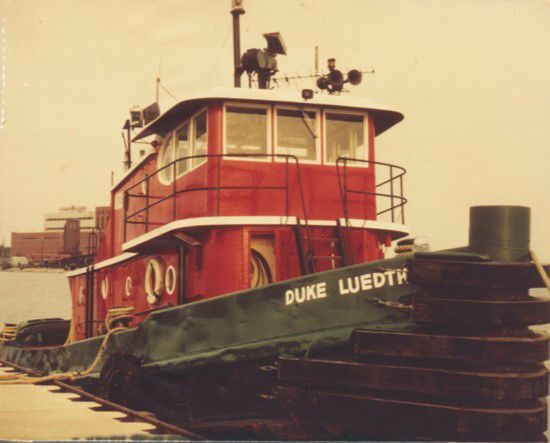 The ill-fated Duke Luedtke sank on Lake Erie after taking on water and sending a distress call before midnight one night in Sept. 1993. Jay Wood was aboard one of two Coast Guard utility boats that responded. Two Coast Guardsmen from the other boat were aboard the tugboat when it sank and one was trapped and died. Wood's boat helped rescue the tugboat captain and other members of its crew. 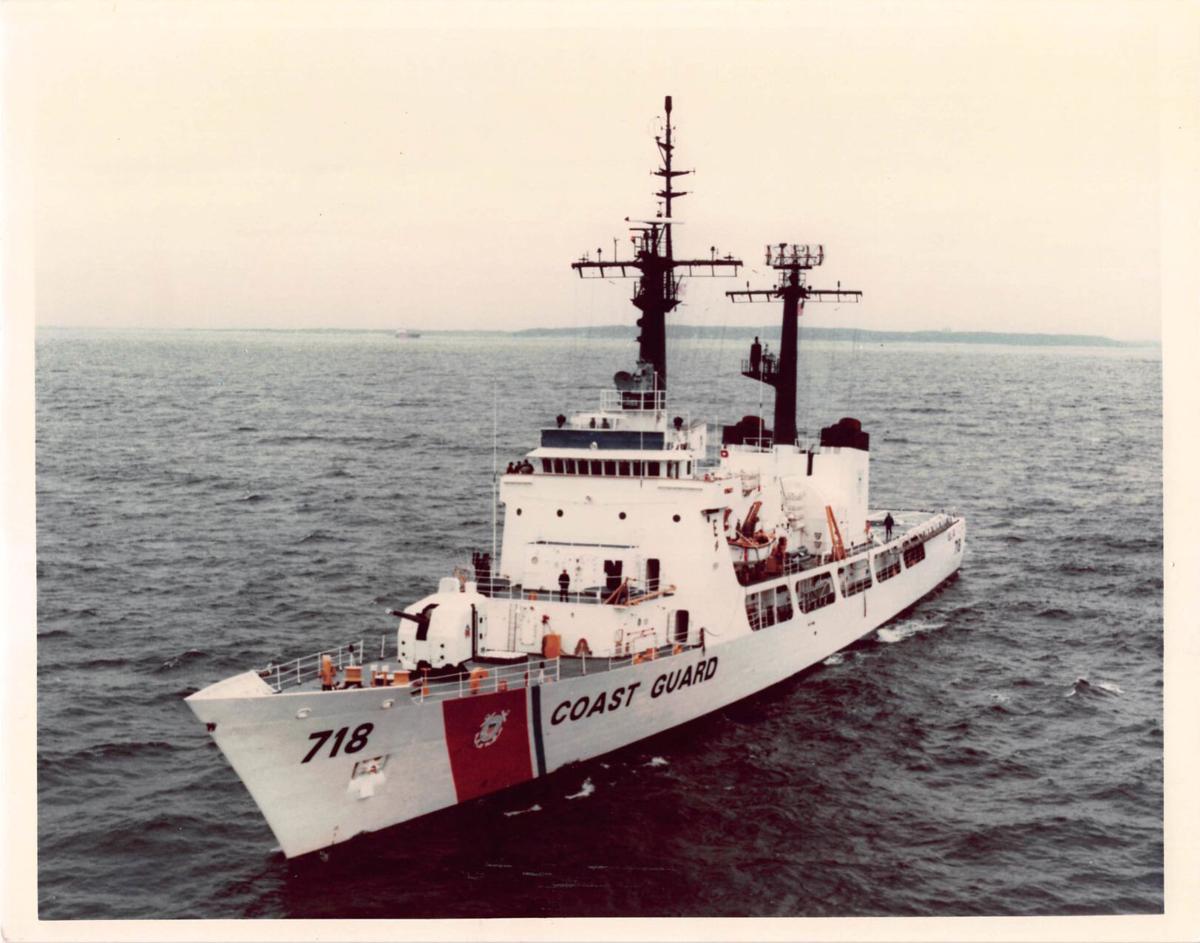 Jay Wood served aboard the USCGC Chase when the Coast Guard cutter sailed south to help intercept Haitians attempting to reach the U.S. illegally. The Chase intercepted one boat of Haitians in October 1981 who were adrift at sea with limited food and water and returned them to Haiti. Wood said the poverty in Haiti was eye-opening. 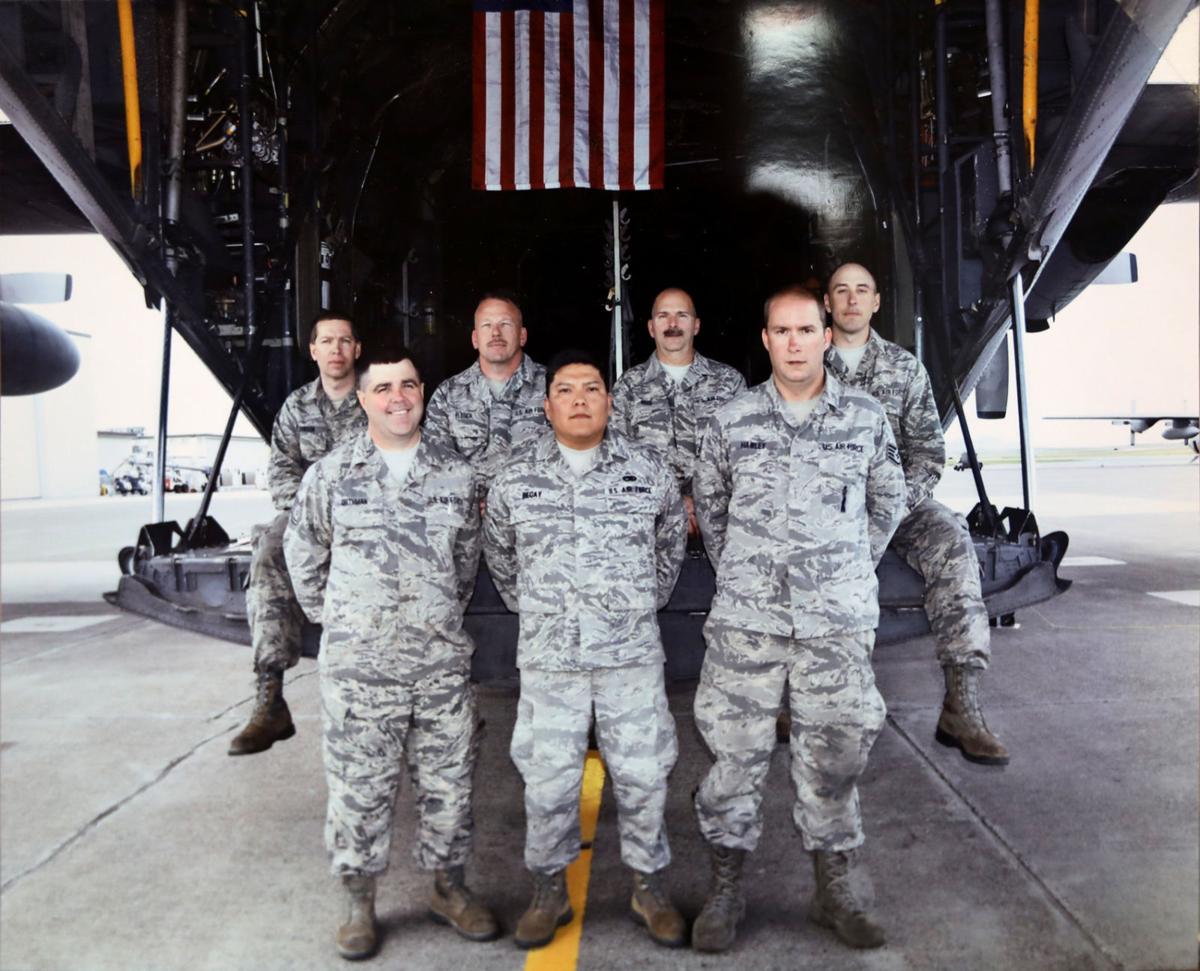 Jay Wood, second from right in the top row, with members of the Montana Air National Guard where he served for a decade. 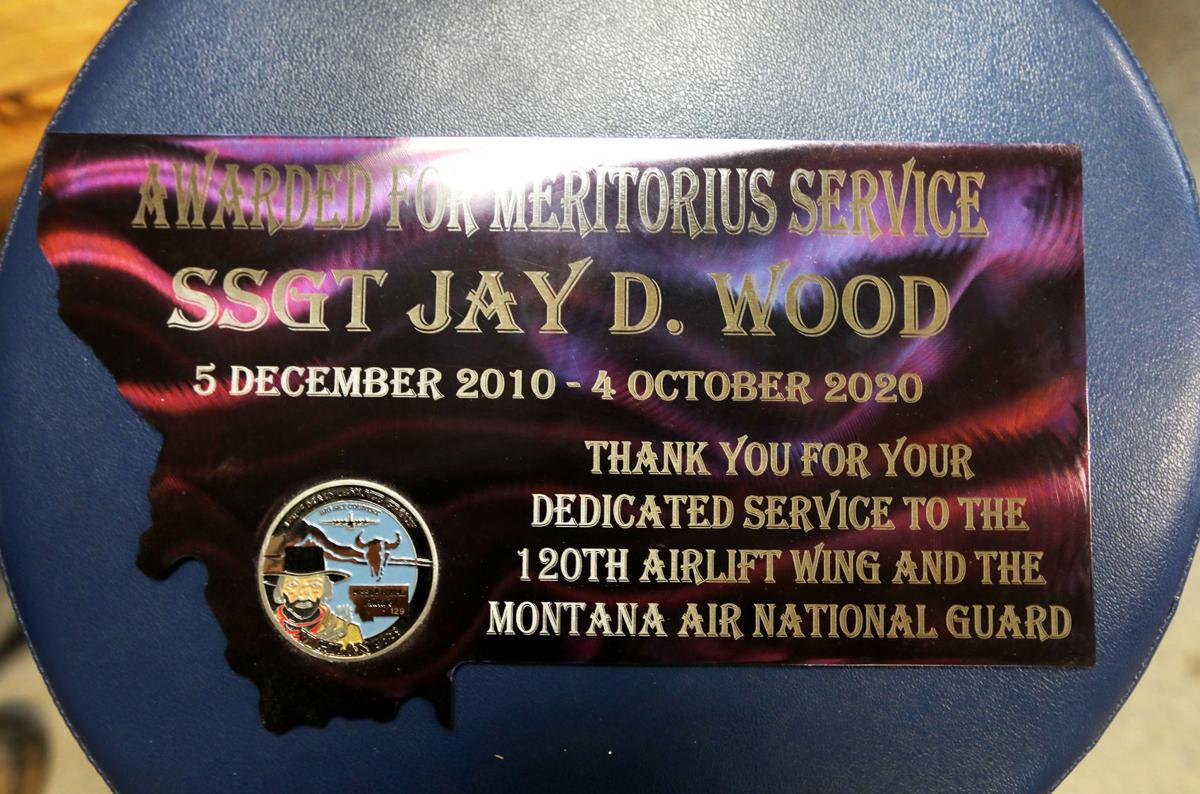 A plaque thanking Jay Wood for his service with the 120th Airlift Wing and the Montana Air National Guard. 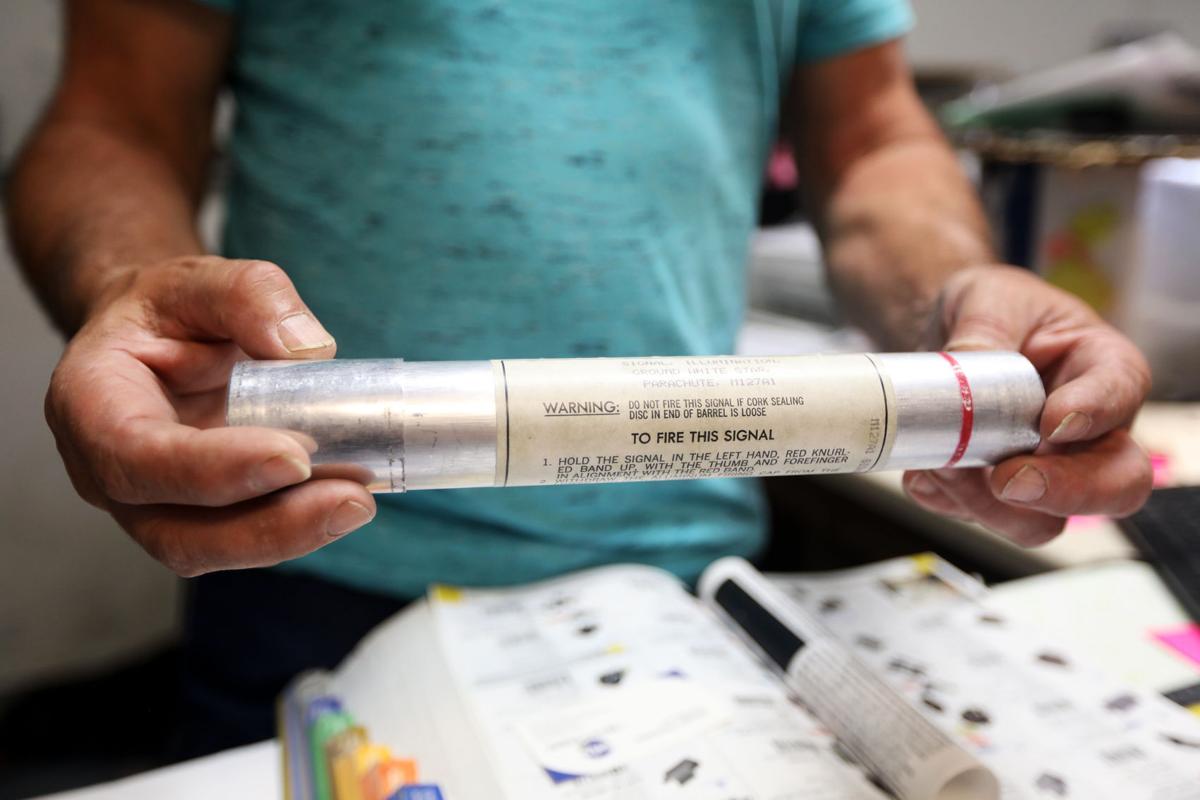 Jay Wood, a veteran of the United States Coast Guard, holds a signal flare tube that reminds him of a treacherous night when a fellow Coast Guardsman died on Lake Erie during a tug boat rescue in 1993.