Stories of Honor: From rifle to artillery, Pickett 'did what was needed'
1 comment
Share this
Return to homepage × 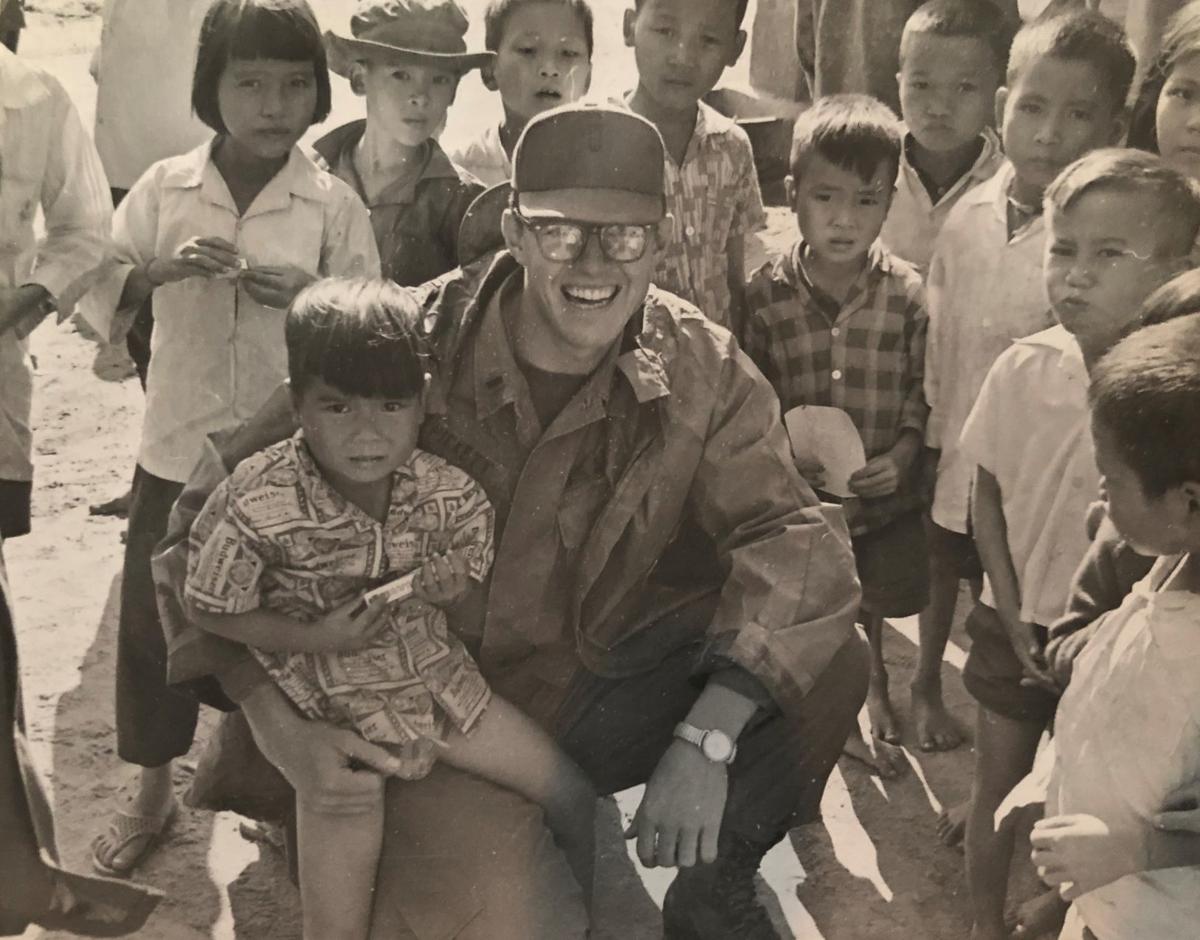 One of Pickett's roles in Vietnam was to serve as an escort for an Army doctor who would make medical visits to Vietnamese villages to provide care to children. 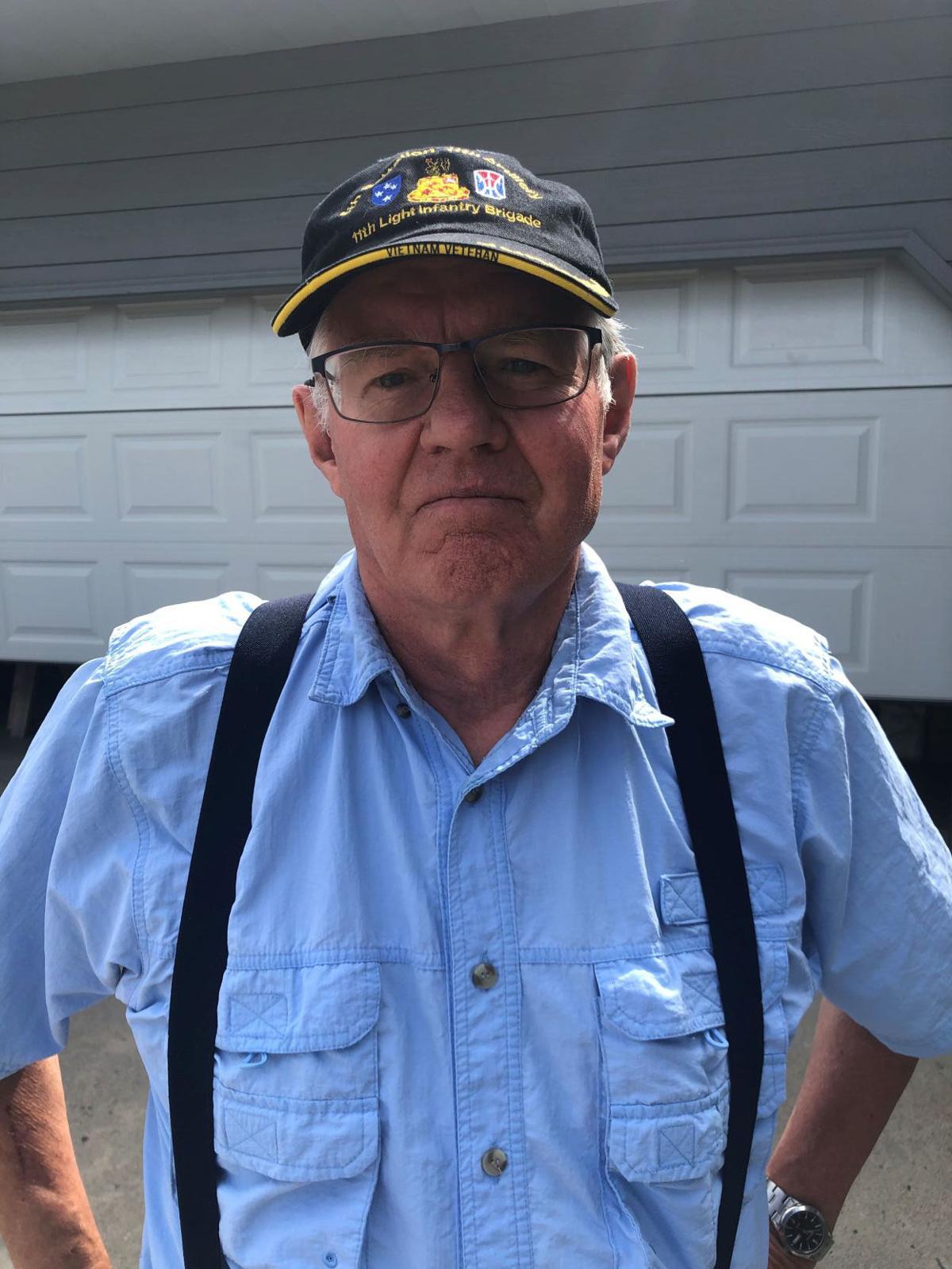 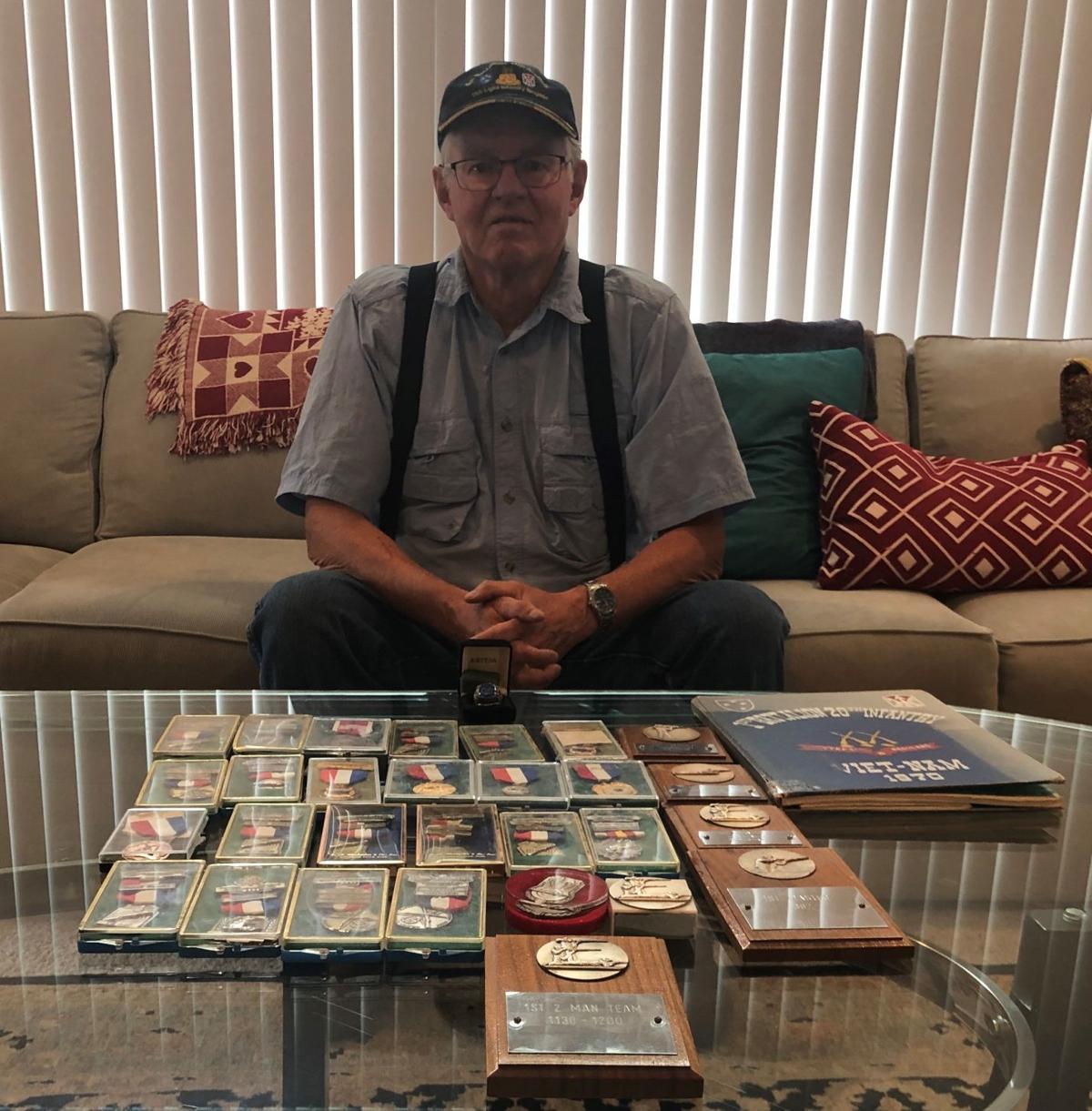 Pickett with some of the medals and awards he has received in rifle competitions. 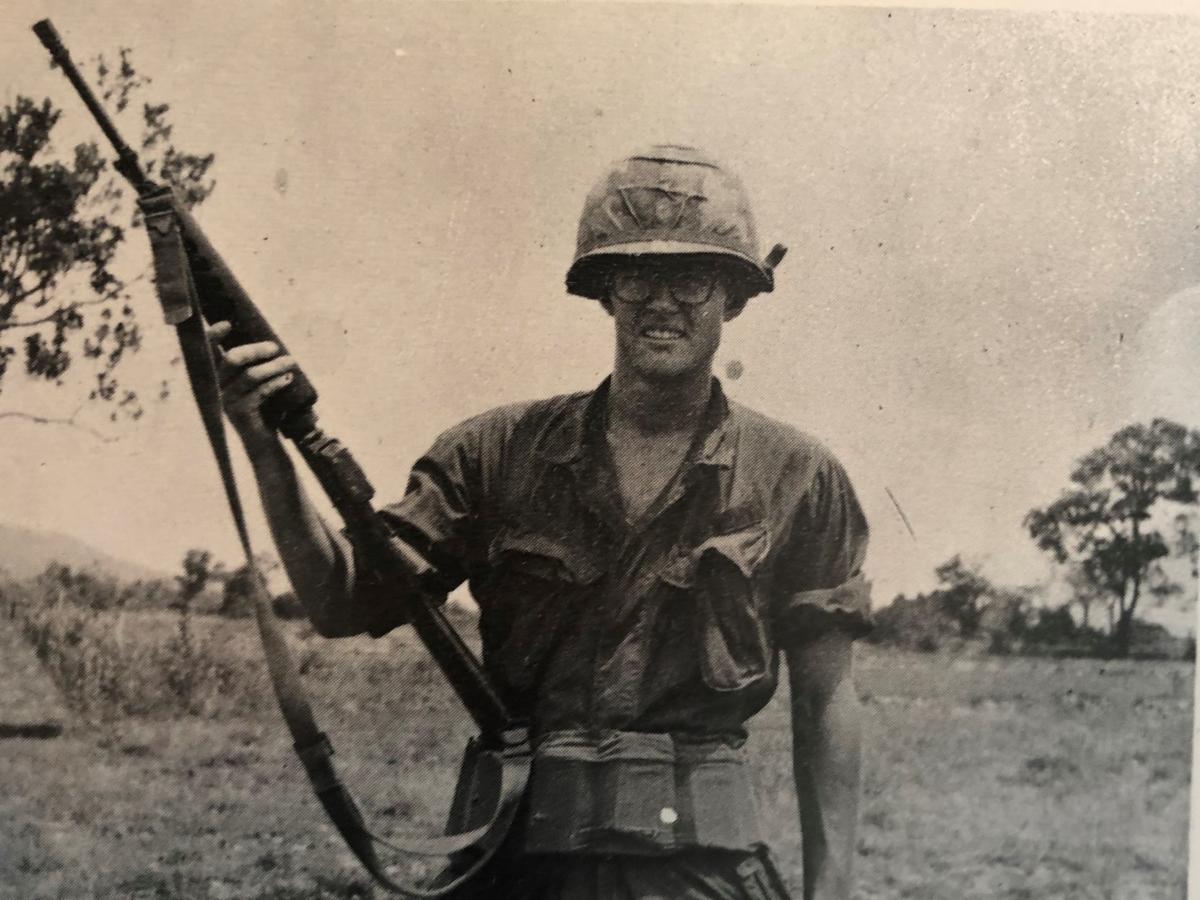 Pickett during his duty as an artillery forward observer. 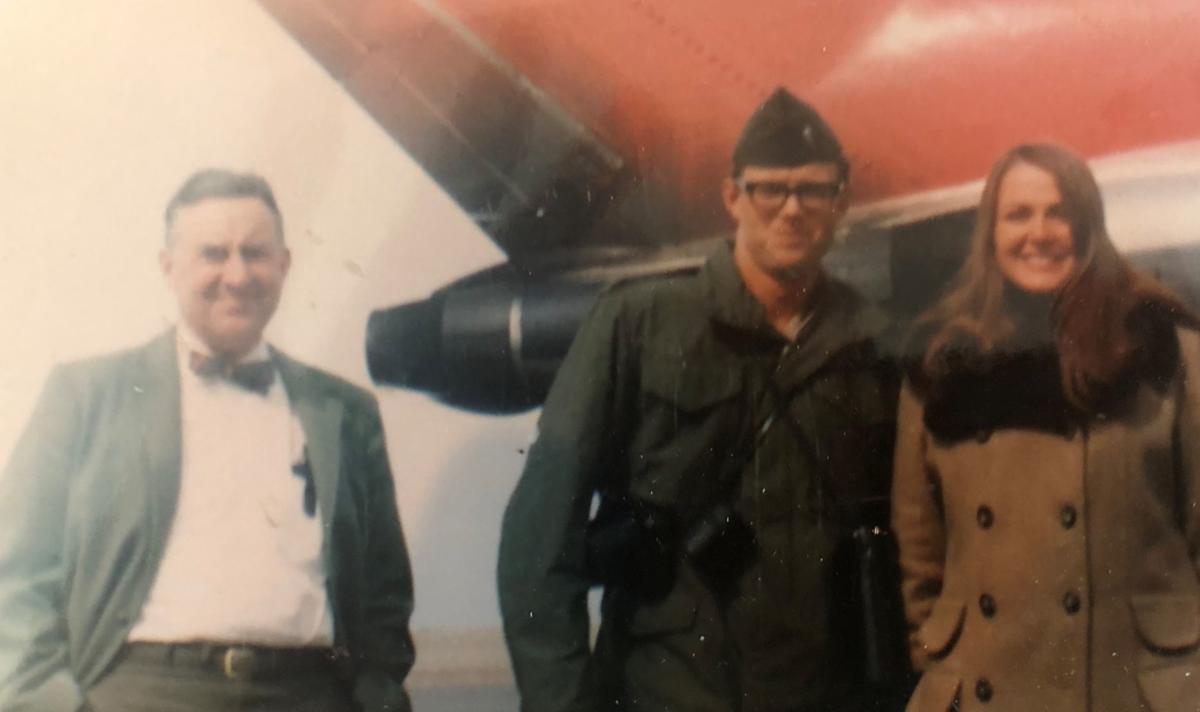 Pickett on his return from Vietnam, with his father, Dr. Frank Pickett, and his fiancee. Frank and Donna Jean Pickett celebrated their 49th wedding anniversary last month.

At Frank Pickett's rarefied level of rifle marksmanship, there is a necessary stillness of body and thought. Perhaps as a result, he has forged a life of quiet excellence.

His love of shooting and sense of duty to country led Pickett to an Army commission, a tour in Vietnam and a master's degree via the GI Bill.

Pickett was one year old when his family moved to Bozeman, his physician father opening a family practice.

By the time he graduated from Bozeman High, Pickett was already an accomplished marksman. His father was also a rifle enthusiast, and had bought "a little box house on Sourdough Road," Pickett remembers. He added on to it on both ends, making it long enough for a 50-foot indoor range, with a 10-foot shooting area and space behind the targets. "We put in big cottonwood rounds and shot into those," he said. It made a fine place to practice.

While he pursued a degree in secondary education with math and chemistry emphasis at MSU, he found a summer internship in limnology, the study of the biological, chemical, and physical features of lakes and other bodies of fresh water. He enjoyed that work enormously, and interned with Professor J.C. Wright each year of his undergraduate education.

At MSU, he joined ROTC, and as he pursued his degree, his shooting career advanced apace. He was on both the MSU and ROTC rifle teams. He elected to participate in advanced ROTC, and knew once he finished his degree he would go on active duty in the Army.

Before that, though, there was the matter of helping the Bobcats win a co-national rifle championship in 1967-68. For that accomplishment, the team is in the MSU Athletics Hall of Fame.

Commissioned as a 2nd Lieutenant in the Army Reserve, Pickett reported to the U.S. Army Field Artillery School at Fort Sill, Oklahoma in 1969 for the U.S. Army field artillery officers' basic course.

As he finished up, he received orders to the battalion school, where artillery officers were trained for Vietnam. But just before he reported, he got a change of orders.

He had communicated with an older Army officer from Montana, the famous Lones Wigger from Carter, who, in addition to two tours in Vietnam, supervised the Army's Marksmanship Unit at Fort Benning, Georgia.

Wigger, also an MSU alumnus, has been called "by far the greatest" competitive rifle shooter ever. He was on four U.S. Olympic teams and won gold in both the 1964 and 1972 Olympics.

Pickett's new orders sent him to the Marksmanship Unit.

While Pickett says the change of orders "may have saved my life," it ultimately did not keep him out of Vietnam. He was trained as an artillery forward observer, and they were in great demand in the war. So after a time he was released from the Marksmanship Unit and ordered to Vietnam.

In August 1970, he joined the 11th Field Artillery Regiment, which served with the Americal Division, based at Duc Pho, north of Da Nang.

He served as a forward observer, calling in artillery target coordinates from the field.

At the time, the United States was beginning a gradual withdrawal, with fewer troops arriving than departing, which left many units shorthanded. Pickett's company had only about 50 members.

After four months, he was recalled from the field and assigned to the staff for the artillery battalion. He fulfilled a variety of duties, including escorting Army doctors as they visited villages to provide medical aid to Vietnamese civilians, mostly children.

Just before his hitch ended, he got seven days' leave, which he spent in Australia. When he returned, his unit was had moved out to support an incursion into Laos. He remembers having to travel to the unit's new location, where they were under constant mortar fire, in order to hand off the "unit fund," money that financed soldiers' departure celebrations. He decided to pass on his own celebration, and simply headed home, where he experienced the same mixed reception many Vietnam veterans experienced.

"I was pretty keyed up" upon his return, he says. "It took awhile for that to taper off."

His wife Donna Jean remembers walking with him on Main Street in Bozeman, and when a car backfired, he immediately dove to the sidewalk, looking around to see where the explosion had occurred.

Pickett's first job out of school was with Duke Energy in Charlotte, North Carolina. After five years there, he was offered a job with Montana Power, and came home to Montana, settling in Butte in 1979.

He worked for Montana Power and PPL Montana for the next 32 years on water-quality and relicensing issues connected with the hydro power dams on the Madison and the Missouri, retiring in 2011.

Now, Pickett says that while the Vietnam experience "was a negative in many ways, I've become proud of it in recent years."

He added, quietly: "I guess it just comes down to the fact that I went there and did what was needed."

Decorations: Pickett's decorations include the Bronze Star, the Army Commendation Medal and the Vietnam Campaign Medal.

Stories of Honor: An adventure-filled time in the Air Force

When he enlisted in the Air Force in 1961, Stephen Whitney Jr. could never have imagined the adventures ahead.

Stories of Honor: Wilkins promoted to brigadier general in the Montana National Guard

One day, growing up in Ennis, James Wilkins and his brother found a footlocker in the family's storage shed.

Stories of Honor: For Ruth Schelin, being a pioneer wasn't the point ... but it happened

Ruth Schelin didn't give any thought to being a pioneer, or making a statement for women.

One of Pickett's roles in Vietnam was to serve as an escort for an Army doctor who would make medical visits to Vietnamese villages to provide care to children.

Pickett with some of the medals and awards he has received in rifle competitions.

Pickett during his duty as an artillery forward observer.

Pickett on his return from Vietnam, with his father, Dr. Frank Pickett, and his fiancee. Frank and Donna Jean Pickett celebrated their 49th wedding anniversary last month.