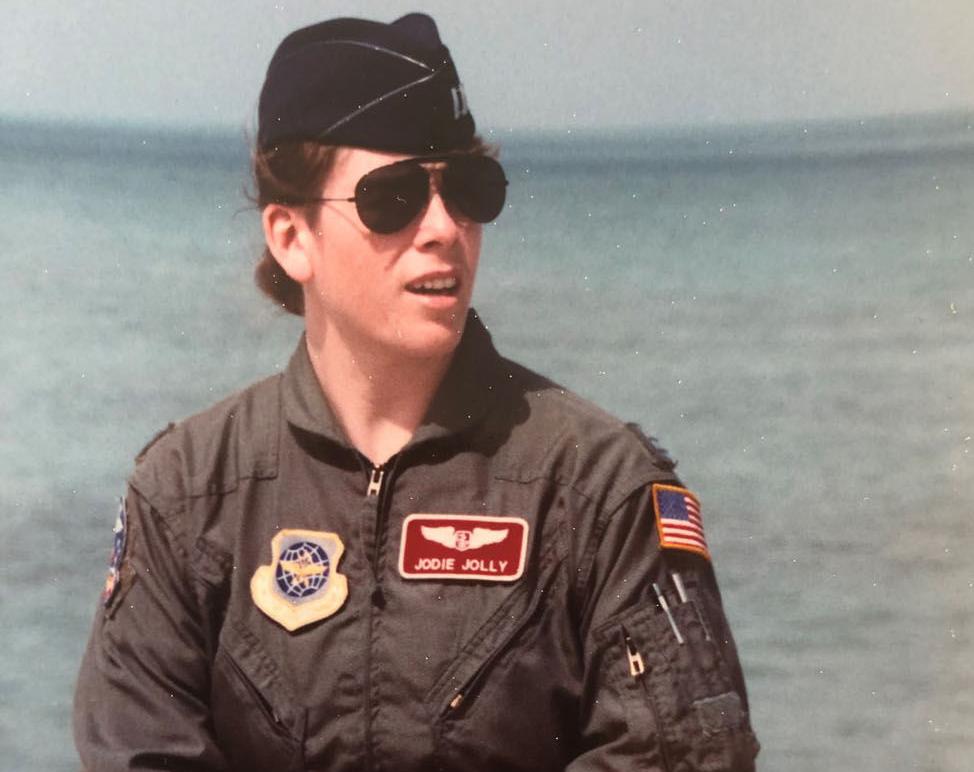 Jodie Jolly, then a captain, at the time of her deployment to Desert Storm. 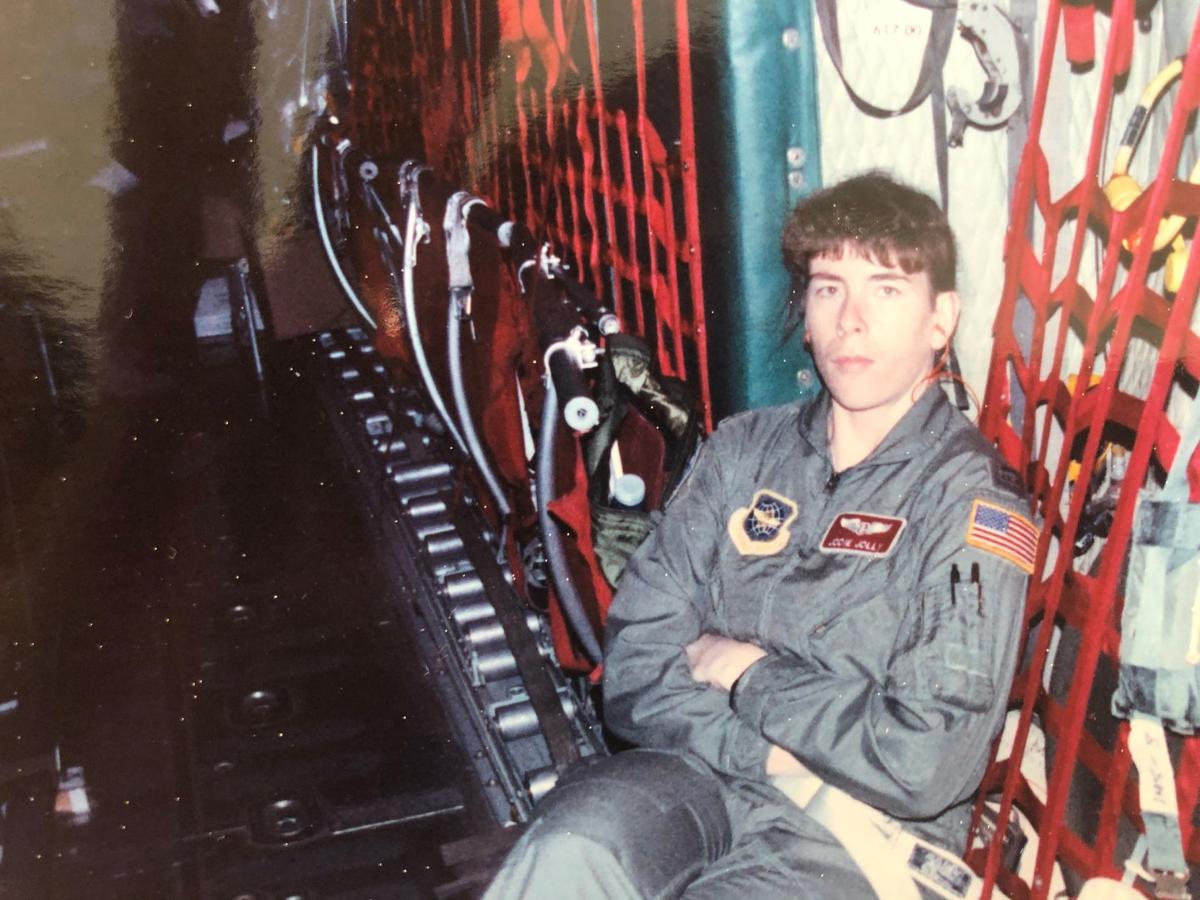 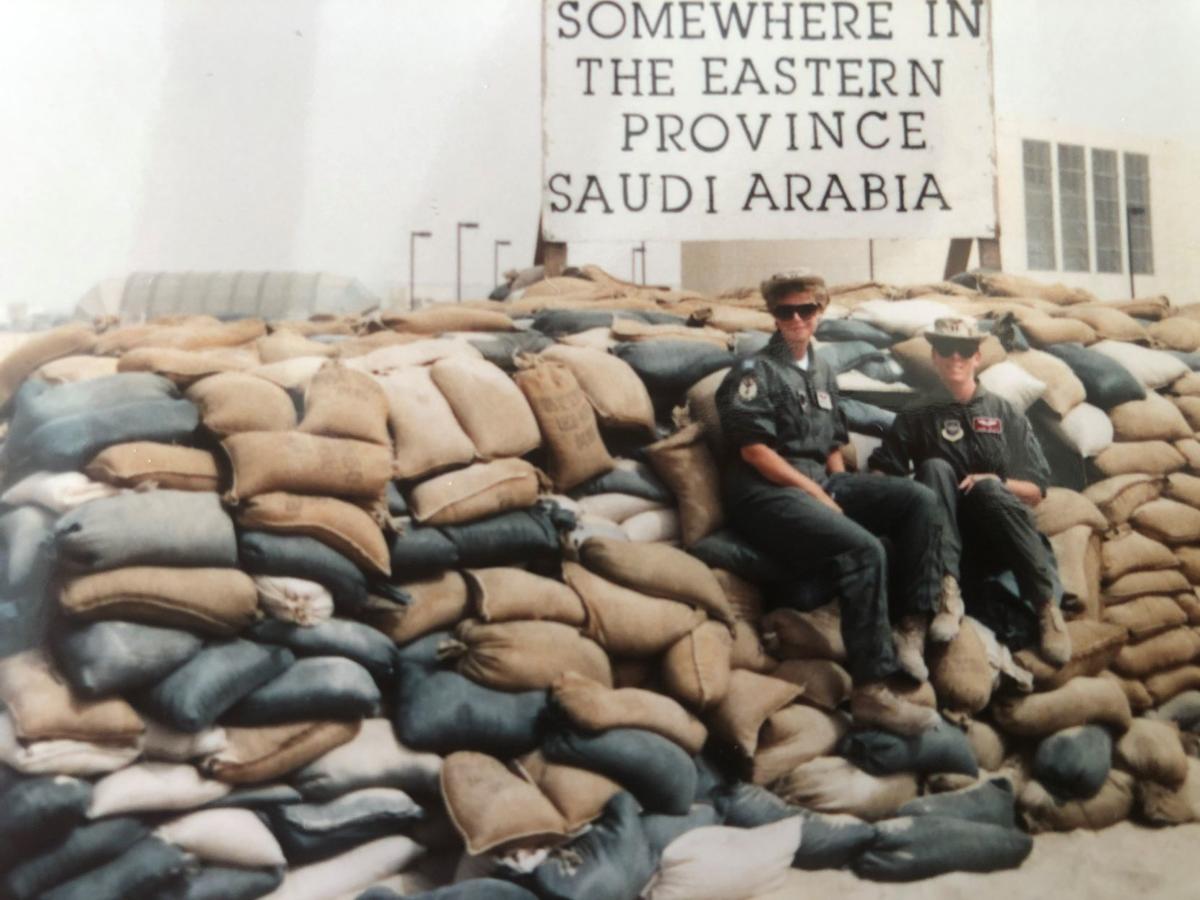 Jolly, right, and another nurse during her Desert Storm deployment.

DILLON — Jodie Penrod Jolly grew up on a ranch near Miles City, one of seven children.

Her mom was a nurse, and when bad weather or bad prices hit the ranch, her nursing income made the difference for the family. Jodie loved her mom's calm, competent demeanor and realized part of that was because of being a nurse.

Still, Jodie wasn't completely sure what she wanted to do. She was interested in being a veterinarian, but those opportunities were tough for a girl in the 1970s, especially when college money was going to have to come via scholarship.

Her father had served in the Navy on the USS Iowa during the Korean War, and often expressed the hope that one of the kids would follow in his footsteps. Jodie had grown up on tractors, not boats, and she wasn't thrilled with the idea of the Navy. But the military itself appealed to her.

She was a basketball and track star in high school, and when a representative of New Mexico Military Institute came calling at career day, and saw her track times and her school record, they offered a full scholarship in military science to the Roswell, N.M., school. The deal was that at the end of the two-year school she would owe the Army four years' service.

Jodie was commissioned a 2nd Lieutenant on graduation, but she had to have a bachelor's degree, and she finished that with the University of Utah nursing school while serving in the National Guard.

She assumed that she would be an Army nurse upon graduation, but in 1984 the Army didn't need nurses. So she was stationed at Fort Sill, Oklahoma, where she learned to be a field artillery intelligence officer, doing target acquisition surveys.

"I loved it, loved being outside, loved the work. But I was a female in a combat organization  and at that time females could not hold a combat MOS (military occupational specialty)," she said.

And, she loved nursing. So she asked around, and found that the Air Force would love to have her as a commissioned nurse. The only trouble was, she had been promoted to captain in the Army, and she would have to resign her commission and start over as a second lieutenant in the Air Force.

Starting over in the officer ranks did not prove to be a problem. Jodie would advance regularly and rapidly as an Air Force nurse.

She was soon stationed at Yokota Air Force Base in Japan, both participating in and helping to coordinate the logistics of an air evacuation network that covered a big chunk of the globe.

"Our AOR (area of responsibility) was North Pole to South Pole, the east side of Saudi Arabia to the west coast of the United States," she said.

"My 'ground job' was flight clinical coordinator, which meant when I was not flying missions, I was in the control center," she said, "helping to make it happen. We would go from phone call to airborne in an hour.

"I loved it. I loved being right in the middle of it."

She also loved the patient care part of her job — tending to patients being airlifted toward a higher level of care. She would be strapped into the aircraft directly next to her patients, "so I could be right there for them." In peacetime she was often on a McDonnell Douglas C9 Nightingale, the military version of a DC9 equipped for medical evacuation, but she also took longer flights in the big Lockheed C-141 Starlifters, the long-range transport craft that the military depended on for such flights. They would use the C-141s to get patients inbound toward the United States as far as Hickam Air Force Base in Hawaii, and another U.S.-based crew would take over from there.

Almost three years after her arrival in Japan, she got a fateful phone call. In 12 hours, she would be transferred to a base in Saudi Arabia.

She'd been ordered to Desert Storm.

During the next six months, she would fly more than 300 missions, surviving plenty of close calls, saving lives, seeing some lost, and forging lifelong friendships.

When she wasn't flying, her quarters were at Khobor Towers, a large residential complex near King Abdulaziz Air Base and the town of Dhahran in the Eastern Province of Saudi Arabia. (Years later, the towers would be the site of a terrorist car bomb attack that would kill 19 and injure hundreds.)

She remembers one mission in which they picked up several wounded soldiers — and the bodies of some who had been killed in action.

As she was quickly securing her patients in tiers of litters, one above the other, five tiers high, for transport, one wounded man asked her to be relocated to the bottom tier.

When she asked him why, he said, "Because that bag there is my best friend and I want to hold his hand."

"So I did," she remembered. "I got the load master to help me relocate his friend and positioned them so he could hold his friend's hand. And then I brought a line down and got his IV going."

So many flights, so many evacuations, so many lives in her care.

"Sometimes we'd have to come in so hot that our tires would catch fire," she said. "We'd do litter transfers while we were rolling with the ramp down in the aircraft, and the ambulance driving in reverse while we were rolling forward. We'd transfer the litter from the back of the ambulance to the aircraft and get the patient situated and close that plane up and get out of there."

Sometimes, medical decisions would have to be made that impacted flight operations. Often, there was no doctor on board and so those decisions fell to her. She would have to tell the pilot, "We can't cruise at 36 (thousand feet), you've got to level off because the pressure is too great." Or even, "This patient is code blue you have to land as soon as possible."

"I thought I was a tough ranch girl from Miles City," she said. "But I found out what tough was."

One nurse in particular she served with has become a close friend. "She's retired in California, and we talk just about every week," she says.

Some of her patients, too, have remained close.

"One man used to send me letters every year that would say, 'Why did you have to save me?' she said. "Now, things are going great for him. He's a motivational speaker."

After her combat deployment, she went back to Japan to finish her tour there, then was rotated back stateside to Nellis Air Force Base in Nevada, then to Offutt air base in Nebraska, and then to Elmendorf Air Force Base in Anchorage, Alaska.

Along the way she picked up another nursing specialty — labor and delivery — and found she enjoyed it very much.

During her last hitch at Elmendorf, she won the Minnigerode Award for Nursing Excellence.

When she went to Washington, D.C. to accept the award, told the audience, “I brought my mother and sister from Montana today, and together the three of us have 103 years in nursing.” Which produced a standing ovation.

After her retirement, Jodie was looking for a place to live with her son. She knew she wanted to be close to her family, but decided that  she'd like to be closer to the mountains than she would be in Eastern Montana. Dillon was the perfect solution. She's been here six years.

"I kind of wanted to flow under the radar, work through some things on my own. I'm a pretty private person," she said, then laughed. "That lasted for about a week" before she started to get involved with veterans issues locally.

"I have a hard time telling somebody no on this stuff," she says with a laugh, "and after 32 years in the service I just wasn't programmed to come home and sit on my thumbs."

""If you've never served, you might not understand the connection," she said. "It's a family.

Decorations: Among Penrod Jolly's many decorations are the Meritorious Service Medal, the Kuwait Liberation Medal, and the National Defense Service Medal. She has also received the Congressional Veteran Award, presented by U.S. Rep. Greg Gianforte of Montana in 2019.

Jodie Jolly, then a captain, at the time of her deployment to Desert Storm.

Jolly, right, and another nurse during her Desert Storm deployment.