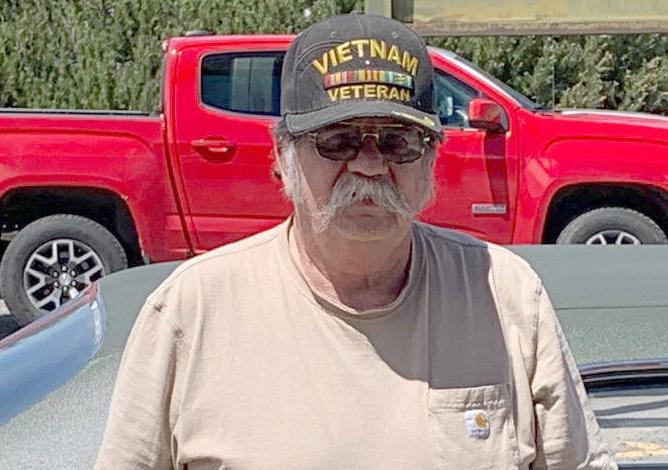 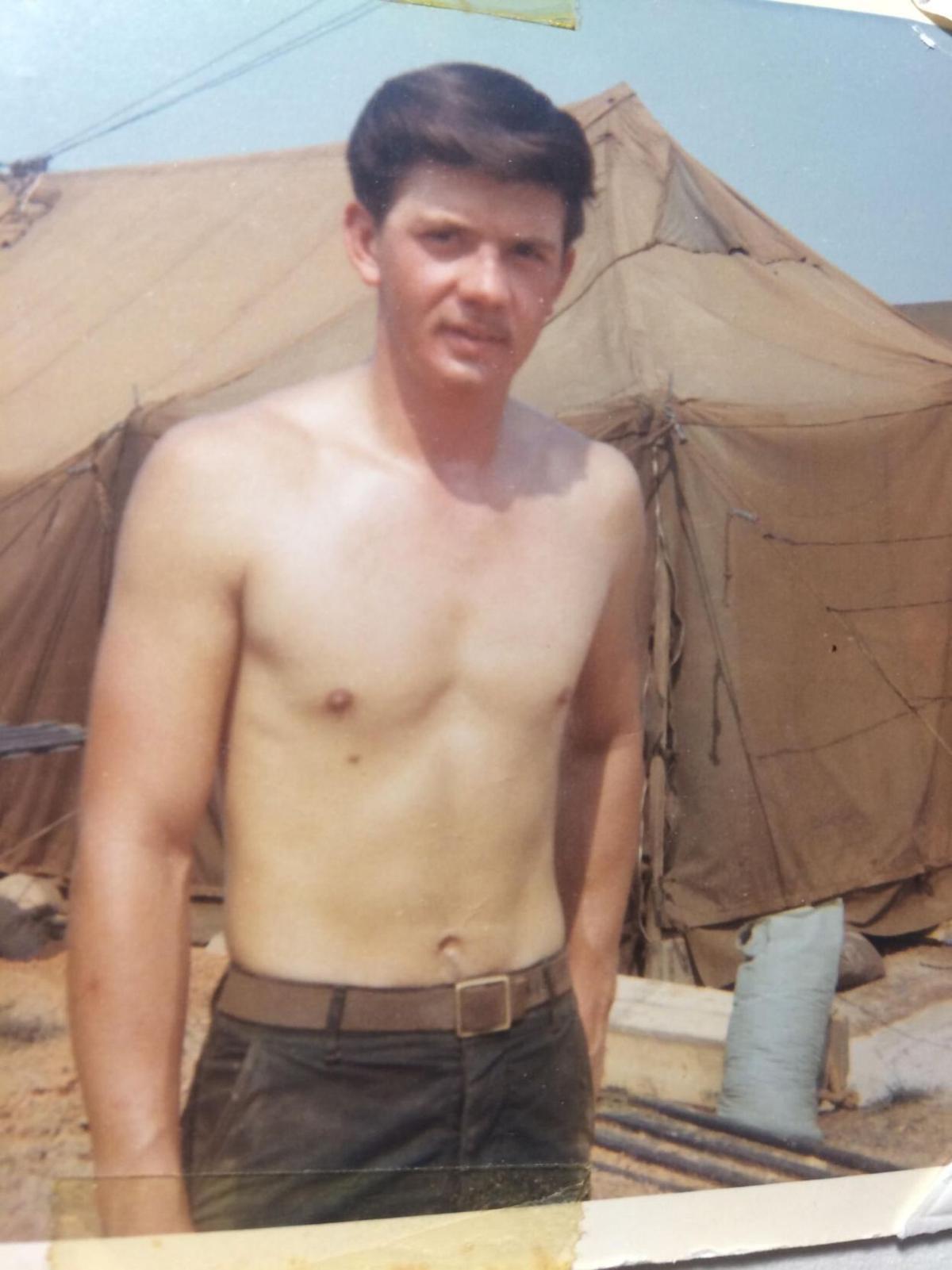 When Al “Butch” Fellows was 18 and had already slept in jail a couple of times courtesy of run-ins with Butte cops, joining the U.S. Marines Corps seemed like a good idea.

“It was a get-out-of-trouble thing,” said Fellows, the oldest of nine children to Lewis and Eleanor Fellows. Another brother, Greg, came along just days after Butch graduated from Butte High School in 1966.

“That was another thing,” Fellows said. “My little brother was born like June 1st. That made 10 kids. I thought, ‘I’m outta here.’”

He signed up for four years, got through boot camp in San Diego, learned how to work on track vehicles and turrets, and by September 1967, was on his way to Vietnam.

When airborne on the leg from Hawaii to Vietnam, a feeling of impending doom hit him that didn’t lift until he was flying back to the United States 13 months later.

“I thought, ‘Man, you’re not coming home from this,’” Fellows said. “When I got there (in Da Nang), they were having a mortar attack on the base, on the damn airfield. I’m thinking the whole time, ‘This isn’t a good place to be, you know?’”

Fellows is now 73, lives with his wife, Sharon, on a 33-acre spread at 6,400 feet in Elk Park, and all nine of his brothers and sisters are alive and well, too. During an interview this week, and elsewhere for that matter, he wears gratitude on his sleeve.

His gregarious personality is on full display, too, through hearty, lean-back laughs that seem tailor-made for his handlebar mustache and long, bushy sideburns. But he can be frank and serious, too, and that came through as he talked about his time in Vietnam.

When asked if he had lost some buddies over there, his eyes instantly teared up.

“Yeah, I lost a couple of good friends,” he said, looking down with an ensuing silence that told this reporter to move on.

But he spoke openly about other aspects of his time there, including his experiences, thoughts and emotions.

He spent his first full day at a combat base in Phu Bai, joining the 5th Marines, and was immediately shown a trench and holes to jump in when enemy artillery rounds were coming in. That night, with all hell breaking loose, he jumped in.

“They didn’t tell me there were these 155’s (American artillery howitzers) behind me firing,” he said “I didn’t know the difference between incoming and outgoing.”

Fellows was in Vietnam to repair vehicles, but he spent his first six weeks mostly filling sandbags and building bunkers. Then came added night-patrol duty, in the jungle, looking and listening for enemy fighters.

“It was drizzling all the time, sometimes rain,” he said. “I get a kick out of these weathermen talking about monsoonal flows. You ain’t seen a monsoon, pal. A monsoon is when it rains for three or four months and it never quits.”

There was no end to fear, either, though you learned to live with it.

“There would be a dozen of us and you’d have a machine-gunner with you,” he said. “Usually we would go out and set up an ambush and wait for them (enemy) to come by because there was movement out there all the time.”

Fellows recalls only a few times during night patrol when they came into contact with the enemy and fighting ensued. In those, two Marines were killed, two others wounded.

“That’s probably the scariest thing, when you see a rifle flash and you hear bullets whiz by,” he said. “That’s pretty bad. That’s personal. You know, you could actually hear those bullets.”

Then there were the accidental discharges from their own weapons. There were a lot of those, Fellows said.

“There was a standing order of no rounds in the chamber of your weapon,” Fellows said. “I don’t know of any Marine who followed that rule while on patrol.”

In early '68, Fellows was assigned to a float battalion, which moved up and down the Vietnam coast by ship, making beach landings in strategic places and “clearing” the areas of the enemy.

By then, Fellows was no longer a “newcomer,” but plenty of guys were, and they were often dropped off in “hot” zones with North Vietnamese or Viet Cong all around.

He recalls one Marine trying to get someone to break his arm so he didn’t have to go. Nobody did, but Fellows didn’t judge him.

“After you’re there a little while, you realize, ‘Hey, you’ve got to keep this guy alive,’” he said, pointing to chest. “But don’t get me wrong. You did what you were told.”

During the Tet Offensive, when the North Vietnamese launched a series of coordinated attacks on dozens of outposts and cities in South Vietnam, a mission took Fellows to Con Thien, an American combat base on about 50 acres of a low hill near the Demilitarized Zone, or DMZ.

It was also called the “Hill of Angels” consisting largely of trenches and bunkers, and it would have given the enemy striking points at a nearby U.S. staging area if they took it. Fighting was intense from February 1967 to February 1968. More than 1,400 Marines were killed.

“There was constant shelling,” Fellows said. “I bet we got incoming every other day. One time it was a thousand rounds in a 24-hour period.”

The mortars and rockets came so close to Fellows at times, he could feel their heat before they hit. There were no bomb-proof bunkers, so Marines were largely at the mercy of where shells landed.

“They were tenacious,” he said. “They wouldn’t quit until they were dead.”

He never got to know one personally over there, he says, but he came to despise them.

Once, when traveling on a slow-moving vehicle, a Vietnamese boy jumped on and tried to take some C-rations. He was probably 7 or 8 years old.

“I cocked my rifle and stuck it in his face and I was going to kill him,” Fellows said. “That’s the extent of the hatred you get. You see your buddies get killed and you don’t like them. What stopped me from killing him, I don’t know. God I suppose.

“I wouldn’t have felt bad about it then, but I would now.”

Fellows made it out alive and after two more years in the Marines, returned to Butte, where he has done many things over the years, including college courses, work for the U.S. Forest Service, Montana Department of Transportation and 12 years mining, 10 of them in the Pit.

When in Vietnam, and even now sometimes, he resents the U.S. fighting a defensive war. There were bombing raids in North Vietnam and Cambodia, but on the ground, it was a defensive war that ended without victory and more than 58,000 Americans dead.

But Fellows did his duty and said, “I don’t regret going to Vietnam. I don’t see how guys who dodged the draft — I can see their point, but I don’t know how they live with themselves. I don’t think I could.”

To this day, Fellows recalls and admires a sign on a dirt road leading into Con Thien.

It said, “Through this gate pass the world’s finest fighting men. They wear a green uniform and call themselves Marines.”