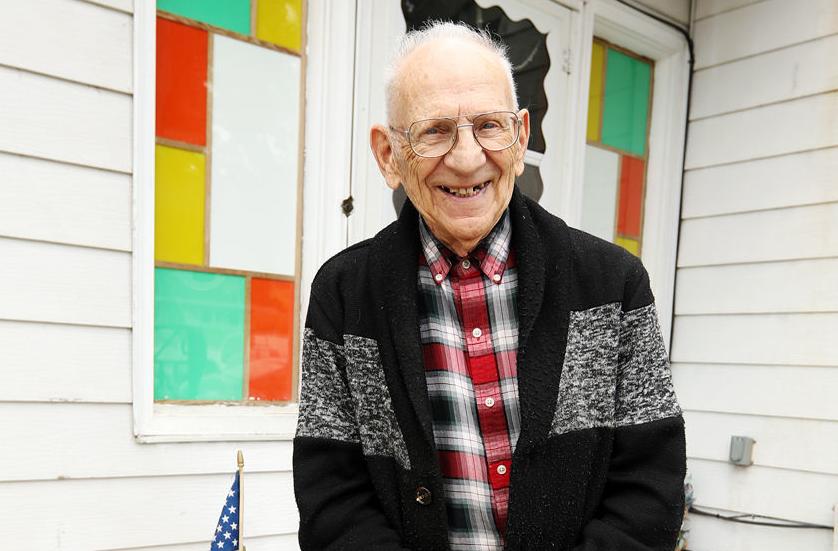 Bernie Lazzari, a veteran of World War II, is photographed on May 22 at his home in Butte. 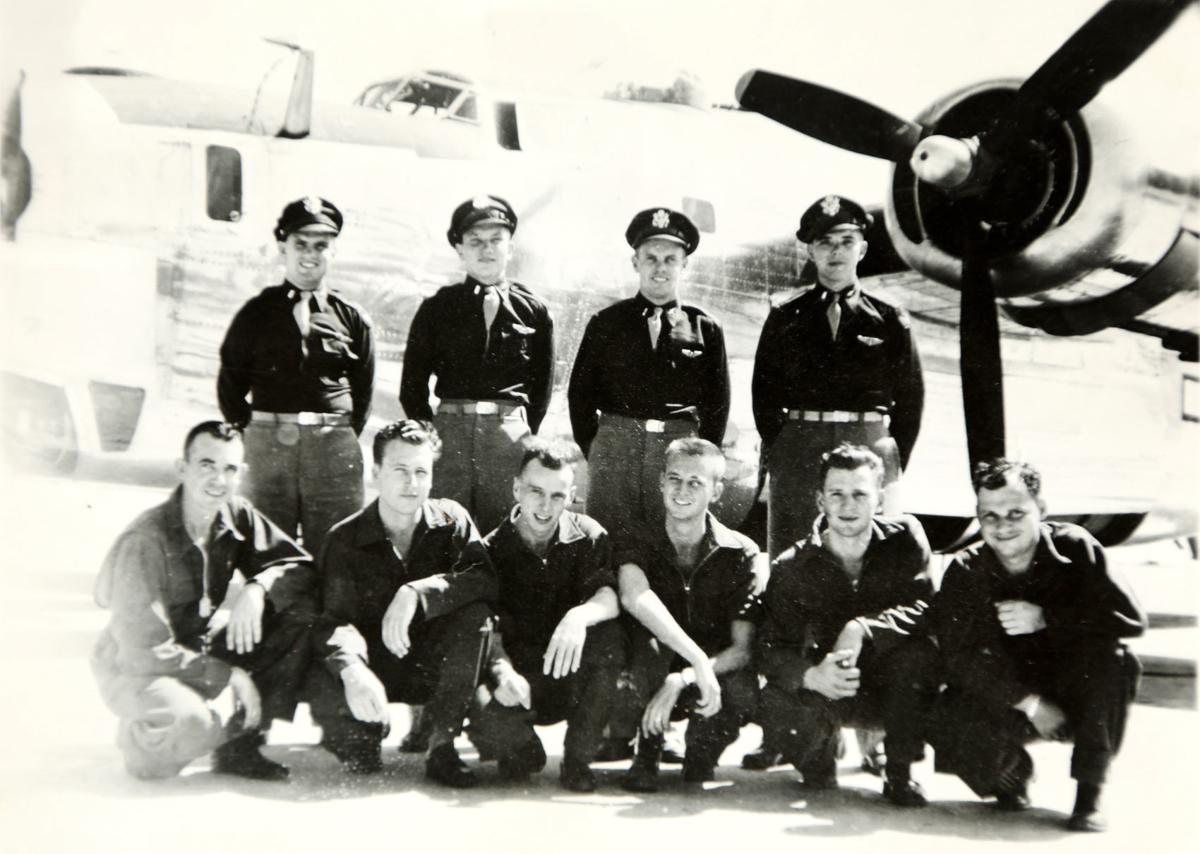 Bernie Lazzari, second from right on the bottom row, is photographed in front of a B-24 Liberator with other crewmates during World War II. 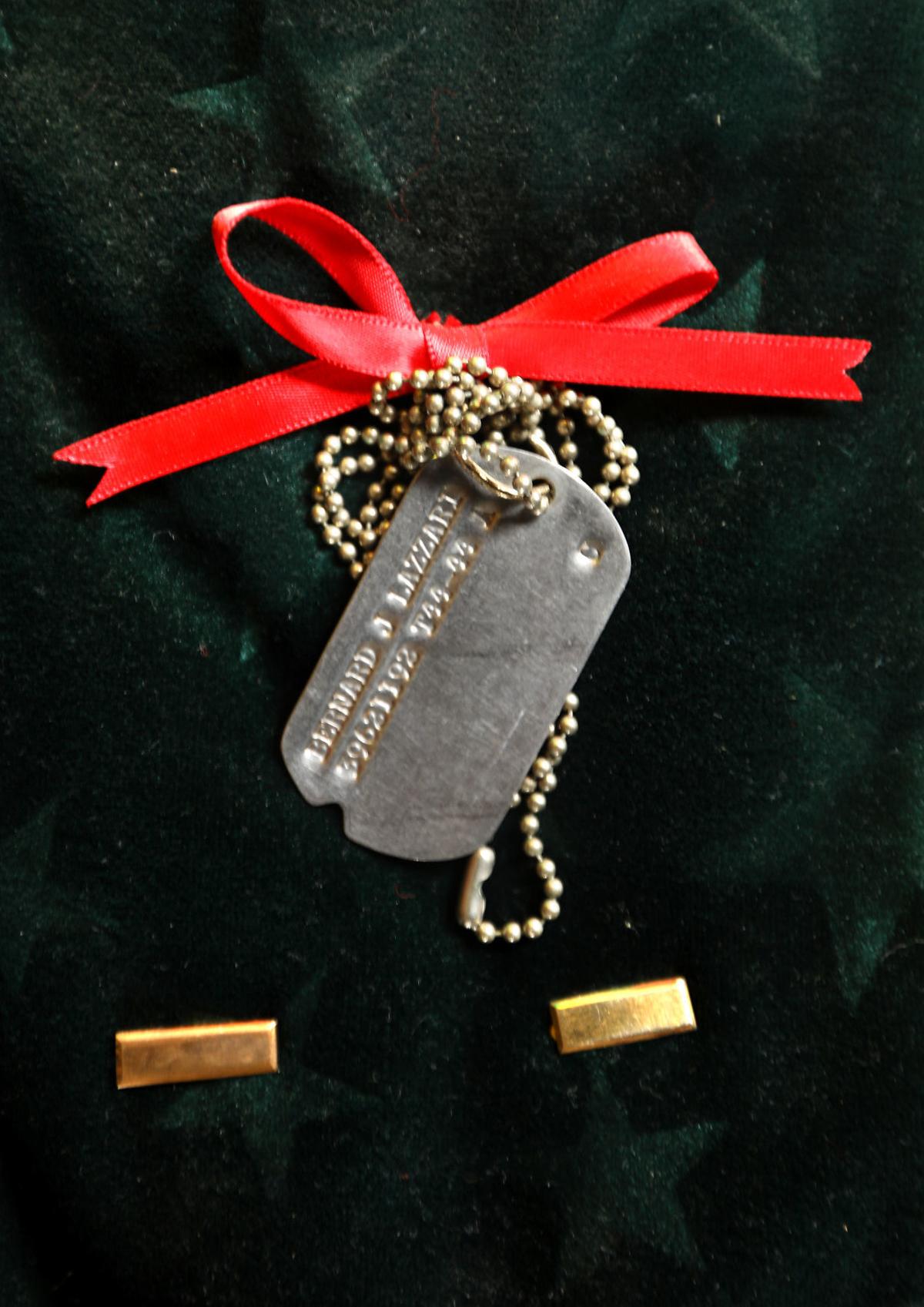 Bernie Lazzari's dog tags are displayed at his home. 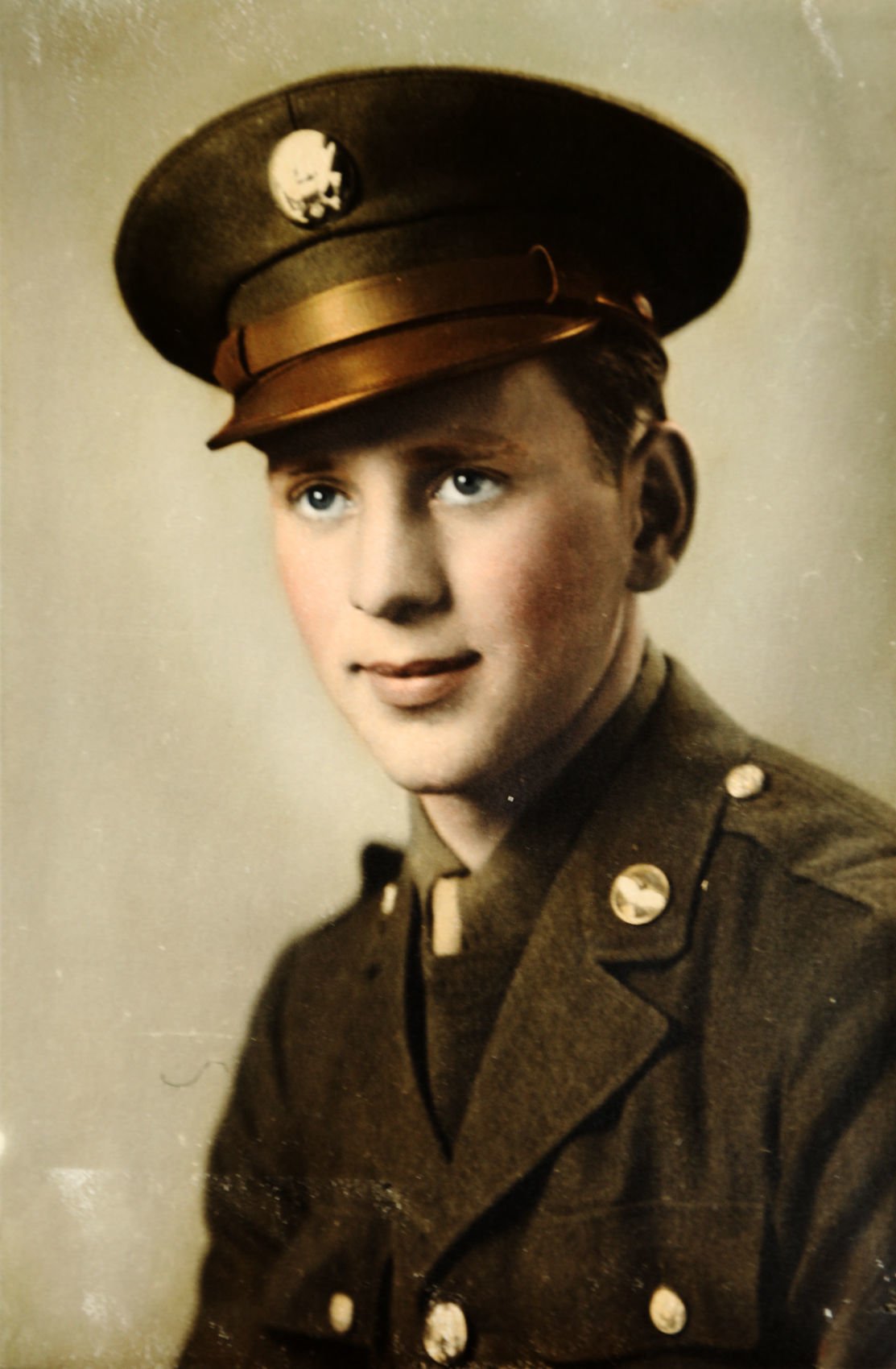 A portrait of Bernie Lazzari around his time of enlistment.

Soon he joined the U.S. Army Air Forces, and was trained at Sheppard Field in Texas for his new job: ball turret gunner on B-24 Liberators, the workhorse long-range heavy bombers that flew thousands of missions during World War II.

His compact size — just a shade over five feet seven — along with the big heart and nerve he showed on the gridiron would serve him well in that endeavor, where the price of failure was often death.

Lazzari loved being stationed in Italy, birthplace of his parents, Sam and Josephine Lazzari.

Based at Pantanella Air Base in Apulia, Italy — the heel of Italy's "boot" — he and his crew mates almost always faced a nearly solid black wall of antiaircraft flak as well as the German fighters that were the targets of his twin .50-caliber machine guns.

He had many narrow escapes. After one flight he would find a flak hole less than a foot from his head. On another mission, over Pilsen, Czechoslovakia, first one of the bomber's four engines was hit, then a gas tank. But the pilot managed to nurse the plane back across the front lines and get down for an emergency landing in Italy.

"That song 'Coming in on a Wing and a Prayer' really was true — I know because I was the one doing most of the praying!" he told an Army journalist.

Lazzari's last mission came in March 1945, a couple of months before V-E Day.

He came home and went to pharmacy school at the University of Montana. Lazzari returned to Butte and met and married his wife, Lorraine. They would be married 65 years until her death in 2012.

In 1963, the store became Bernie’s Pharmacy and Gifts. After he retired as a pharmacist, he and Lorraine and the family continued to run the store as Bernie's Hallmark Cards and Gifts. He retired again in 2008.

It has been 75 years since that final mission. Lazzari is now 95, and as he looks back at the war, one thing is clear to him: "It had to be done," he says quietly.

"I'm glad I could do something good."

Bernie Lazzari, a veteran of World War II, is photographed on May 22 at his home in Butte.

Bernie Lazzari, second from right on the bottom row, is photographed in front of a B-24 Liberator with other crewmates during World War II.

Bernie Lazzari's dog tags are displayed at his home.

A portrait of Bernie Lazzari around his time of enlistment.