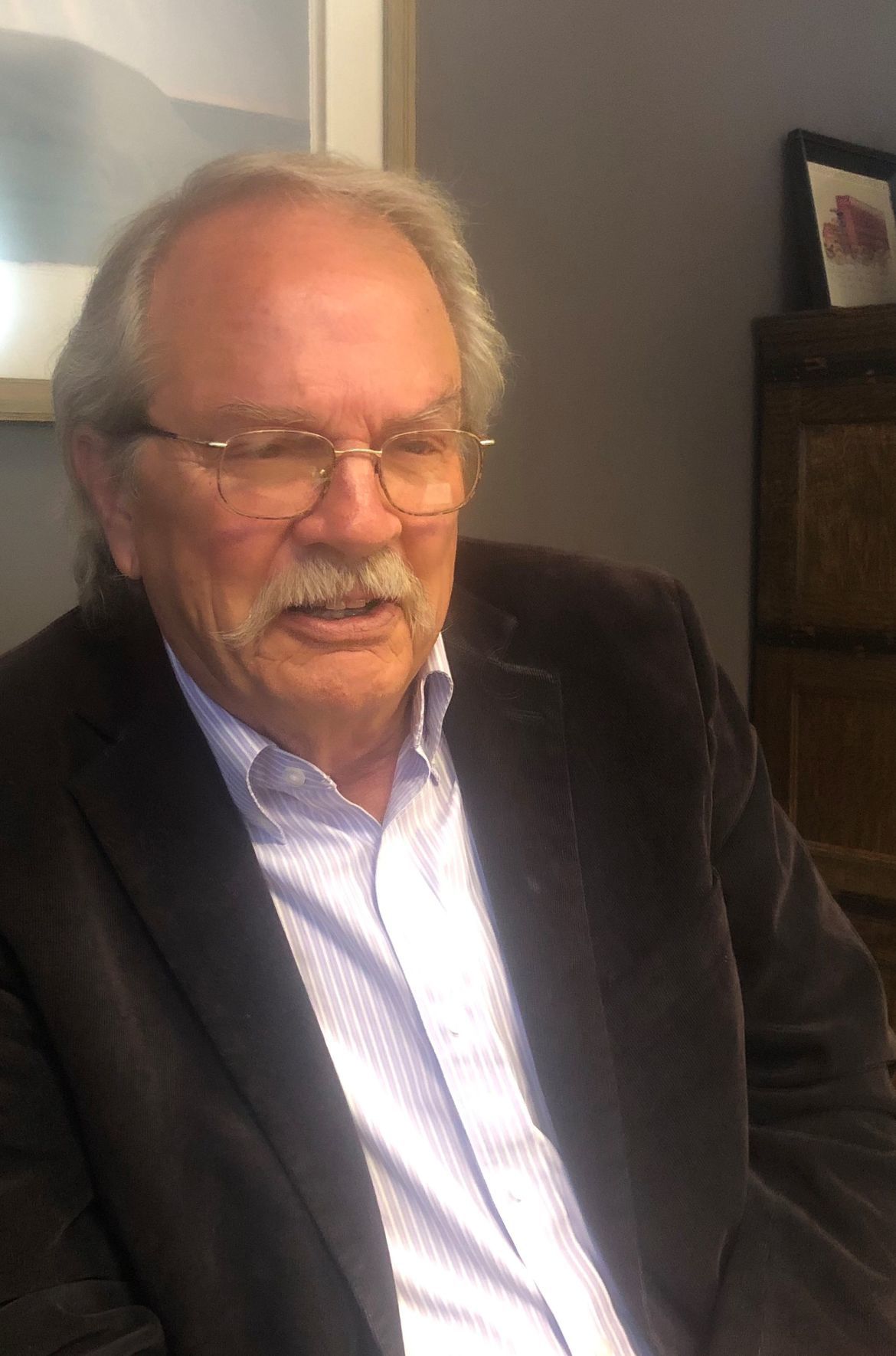 Stephen Whitney Jr. reminisces about his time in the Air Force. 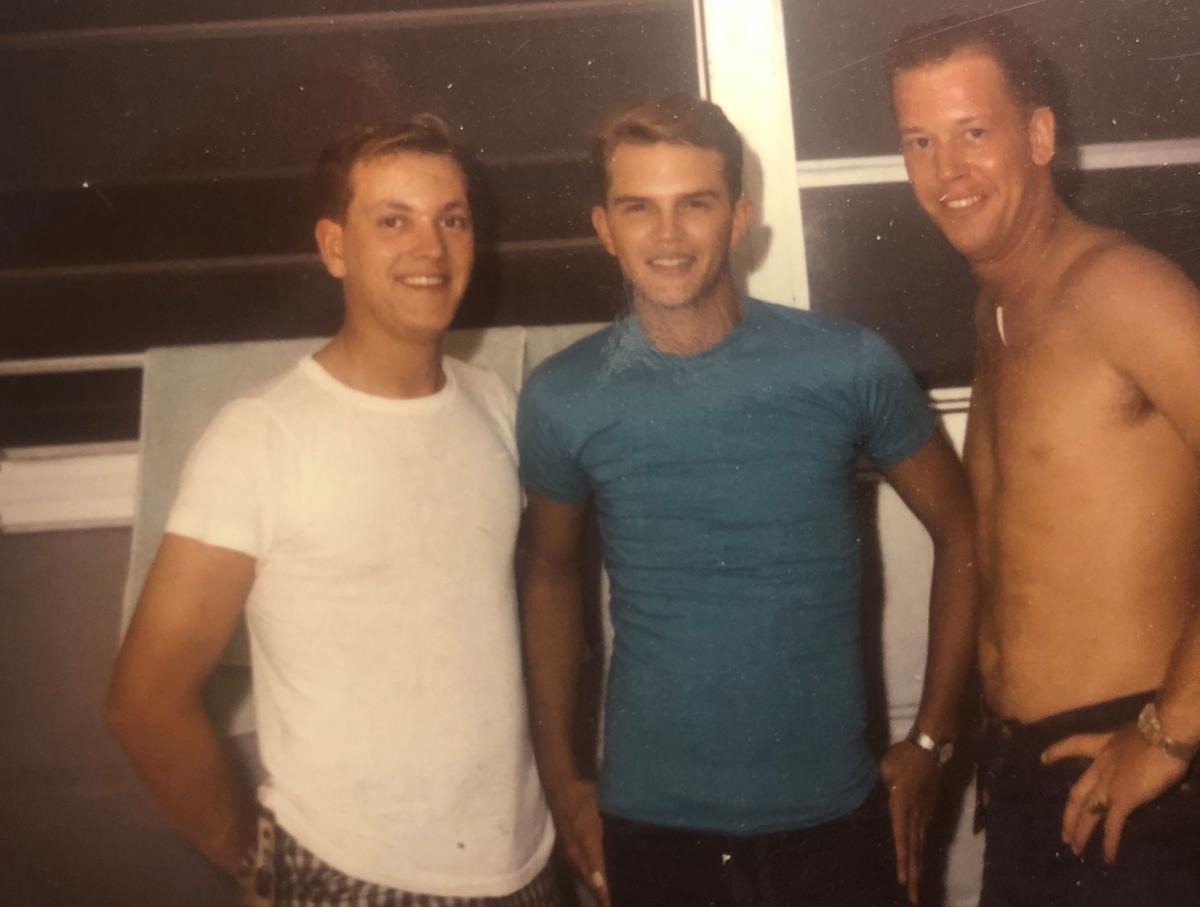 Stephen Whitney Jr., center, and two of his fellow airmen on Johnston Atoll. 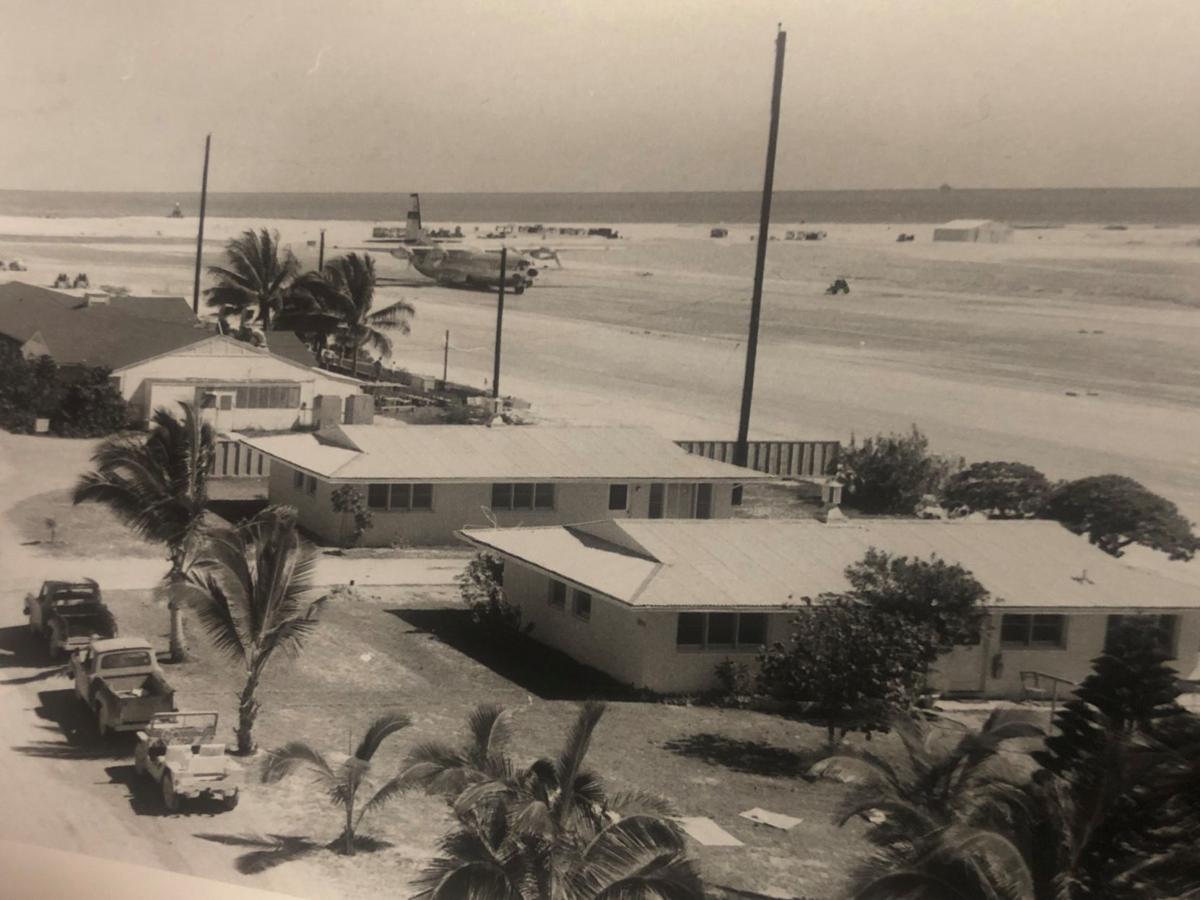 Johnston Atoll in the early 1960s. 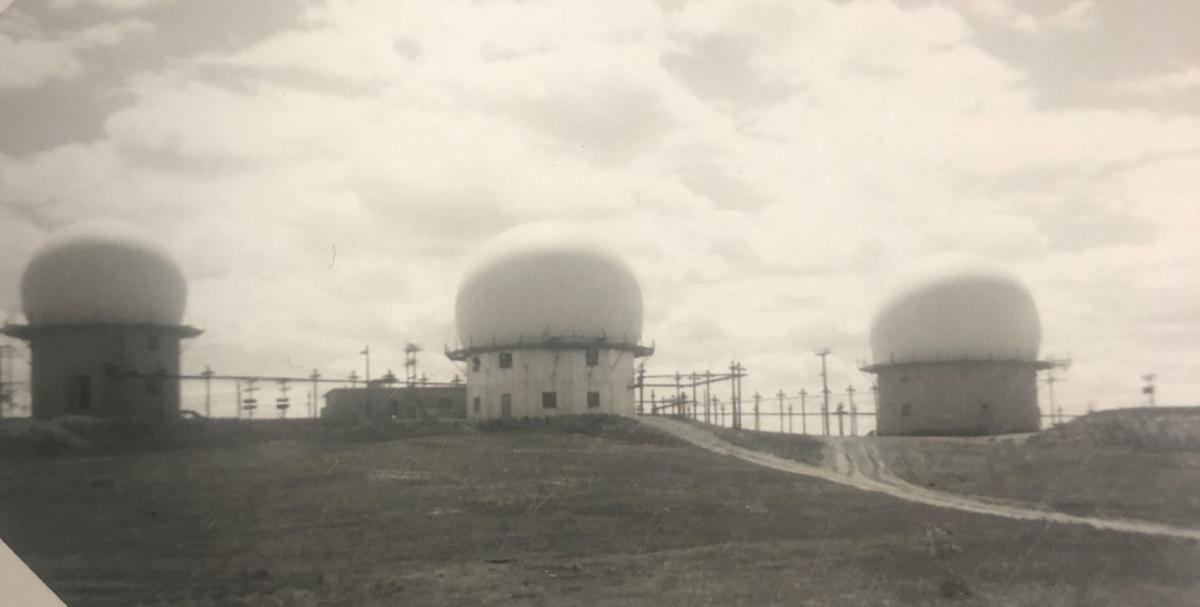 Whitney's first tour of duty was this radar station north of Havre.

When he enlisted in the Air Force in 1961, Stephen Whitney Jr. could never have imagined the adventures ahead.

After graduating from high school in Andover, Massachusetts, he quickly found himself at Lackland Air Force Base in San Antonio, for basic training.

He wasn’t exactly sure what he wanted to do with his career, in or out of the military. He had a vague idea about being a photographer. The Air Force had other ideas.

After basic training, Whitney was retained at Lackland for training at the Air Police Technical School. The Air Force had decided to make him a cop.

Even further from anything he could possibly have anticipated, his first duty station was with the newly constituted 778th Radar Squadron near Havre.

When he first got his orders – at home on leave after training – Whitney saw “Havre” and assumed he was being sent to France.

The little radar outpost near the Canadian border was part of the North American Aerospace Defense Command and as such a key Cold War location.

In 1962, Whitney was transferred to Malmstrom Air Force Base in Great Falls – practically urban compared to being stationed 30 miles north of Havre. He and a fellow airman being transferred hitched a ride to Great Falls on a mail truck.

During that assignment, he was involved in one very scary incident in Billings.

When the Cuban Missile Crisis occurred in October of 1962, the 29th, on half an hour’s notice, suddenly transferred all its operations to Logan Field in Billings, because Malmstrom was considered to be a likely nuclear target.

In the relative chaos of that, an incoming jet from Canada carrying a nuclear device, as the F101s often did, nearly collided with a U.S. plane on the runway.

Whitney remembers being ordered to disarm the errant Canadian pilot immediately after the near-miss. “He was shaking so hard” that he couldn’t hand over his gun, Whitney remembers.

In early 1964, Whitney was transferred once more – to yet another very high security environment.

After training at Vandenberg Air Base on California’s Central Coast, he was transferred to Johnston Atoll, a tiny speck of coral 775 miles from Honolulu.

There, the Air Force’s 10th Aerospace Defense Group was conducting Program 437, a secret anti-satellite weapons program. Huge Thor ballistic missiles were used to carry nuclear weapons into space, where they would be detonated to destroy satellite targets, either with the explosion itself or with the resultant electromagnetic pulse.

Before Whitney got to Johnston, an errant rocket had resulted in considerable nuclear fallout on the atoll, and so dredgers were employed to scrape up much of the surface and dump it in a deep-sea trench, then cover the entire atoll with 10 inches of new material. Also, runways were lengthened with added coral.

Whitney remembers looking at one of the giant Thor missiles, which didn’t look particularly aerodynamic, with a lumpy profile and space between the nose cone and fuselage. When he asked about it, he was told, “Son, that thing could be shaped like a boxcar and with the power it has behind it, it’s going into orbit.”

Johnston was a challenging environment, just seven feet above sea level and relentlessly hot. Many fair-skinned airmen would arrive and have a quick trip to the infirmary to be treated for blisters and other heat-related issues.

The tiny atoll was populated with some 3,000 people — “all male,” Whitney remembers drily — less than 10 percent of which were actually Air Force men. The rest were civilian support personnel.

Russian “fishing trawlers” often circled the island, but would come much closer whenever preparations for a test launch were being made.

He spent a year on Johnston. “It was fascinating,” he said.

Then, his four-year hitch was up, and he headed back stateside — not for home, but for Havre.

He served in reserve status for a couple of years before being discharged in 1967.

Whitney went to Montana Northern at Havre, at one time working on a quadruple major program in sociology, political science, psychology and theology.

He and his wife lived in Tucson for a time, and also Bozeman, where he went to MSU.

Eventually, he got his undergraduate degree in political science from the University of Montana, and he went to work for the state of Montana as a Job Service interviewer.

For a time, he took a job with Burns International Security in Missoula, where the firm had a contract to provide security at the Missoula County Airport.

He turned down a promotion with Burns, which did security work across the globe in close coordination with U.S. intelligence.

“When I got the offer I talked with my father, who worked for the OSS (the predecessor to the CIA). I asked him, ‘Dad, why didn’t you stay at the CIA … and decide to become a teacher instead?’

“He told me he decided that life was short, and he wanted to make the world better in the time that he had,” Whitney said.

“I thought about that, and I turned Burns down and went back to school.”

Whitney got a graduate degree in counseling, and eventually became a psychotherapist.

In 1985, he moved to Butte – “I married a girl from Butte,” he says with a smile – and worked for the state in Career and Education Services, counseling inmates at the Montana State Prison, helping them transition to life on the outside.

In 2005, he went into private practice, and he continues to practice today.

The Program 437 participants get together just about every year, and he keeps in touch.

Asked about his decorations, Whitney said, "I'm sure there were some. But I never received them."

He will never forget — or regret — his Air Force time.

“There are things you learn in the military that you find in later life you couldn’t function without,” he said.

Stories of Honor: From rifle to artillery, Pickett 'did what was needed'

At Frank Pickett's rarefied level of rifle marksmanship, there is a necessary stillness of body and thought. Perhaps as a result, he has forge…

Stephen Whitney Jr. reminisces about his time in the Air Force.

Stephen Whitney Jr., center, and two of his fellow airmen on Johnston Atoll.

Johnston Atoll in the early 1960s.

Whitney's first tour of duty was this radar station north of Havre.