Become a Member
Read Today's E-edition
Share This
Stabbing victim identified: Woman, 23, charged in death; victim believed to be father of her week-old child
0 comments
Share this
THE MONTANA STANDARD

Susan Criss, 23, of Butte has been charged with deliberate homicide in the stabbing death of a 49-year-old man at the Aspen Apartments on Trinity Loop Monday.

According to Butte-Silver Bow Coroner Lori Durkin, the victim was Mark William Woodger.

According to police, Woodger is believed to have been the father of a child born a week ago to the suspect.

Criss had an initial appearance Tuesday evening before Justice of the Peace Jimm Kilmer. According to court documents, she is charged with stabbing an adult male, identified in the documents only as "M.W.," in the neck with a kitchen knife.

According to a birth notice released by St. James Healthcare, Criss gave birth to a boy on Jan. 15. Police said the infant was at the apartment at the time of the stabbing, as was the suspect's mother.

Police said either the mother or the suspect called 911 at 3:49 a.m. Monday. The victim was still alive when emergency responders arrived but was pronounced dead at St. James, police said. Autopsy results showed Woodger died of the stab wounds.

The deliberate homicide charge carries a potential sentence ranging from not less than 10 years in prison to 100 years, life imprisonment or the death penalty.

Criss was treated for minor injuries at St. James Healthcare before being transferred to the Butte Detention Center, where she remains. Bond was set at $100,000, and a public defender was assigned to represent her.

A Butte man who allegedly shot at his girlfriend’s car, striking the radiator with one round, pleaded not guilty Wednesday to felony assault w…

Prosecutors say a man was upset with his mother for not going to her grandson’s basketball games before he assaulted her and his stepfather, w…

Driverless 'robotaxies' have taken the streets in Beijing

20% of Giant Sequoias wiped out by wildfires since 2020

20% of Giant Sequoias wiped out by wildfires since 2020

Restaurant leftovers being converted to biogas outside Paris

Restaurant leftovers being converted to biogas outside Paris 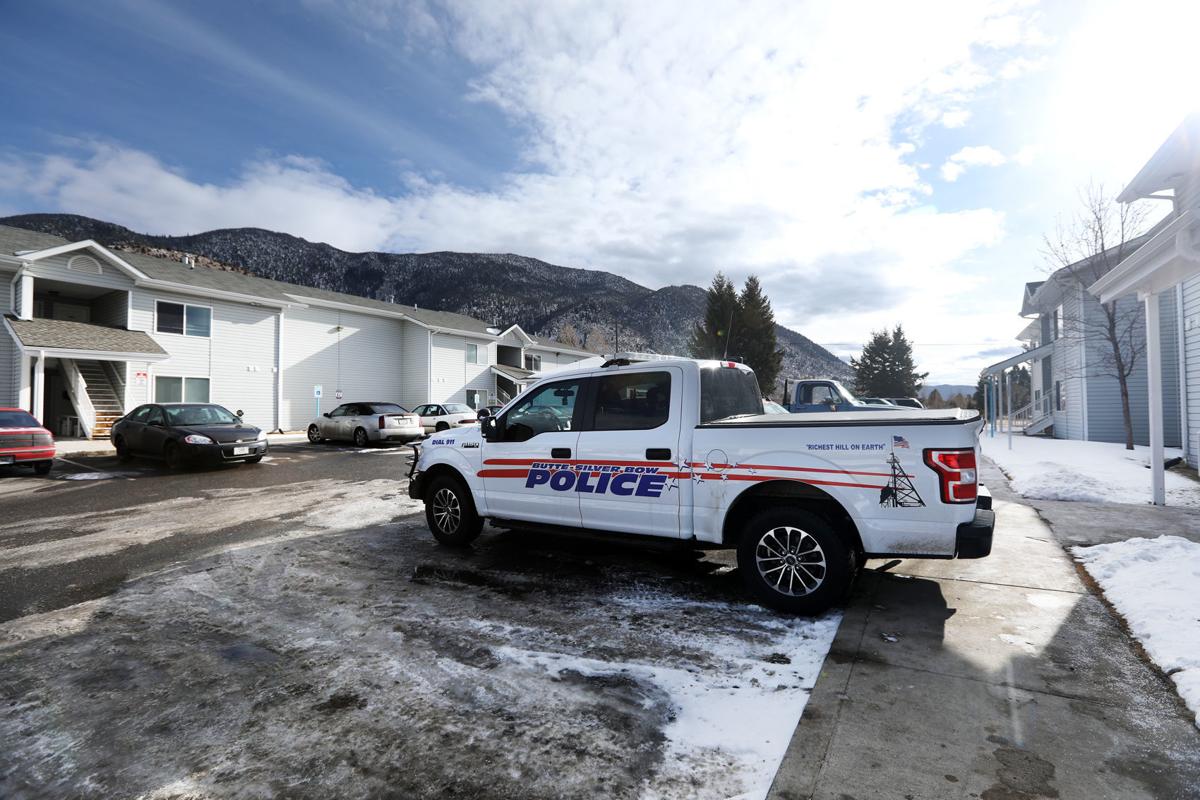 Butte-Silver Bow Police Department vehicles are parked Tuesday at an apartment complex on Trinity Loop in Butte where an investigation of the death of a 49-year-old Butte man is underway.