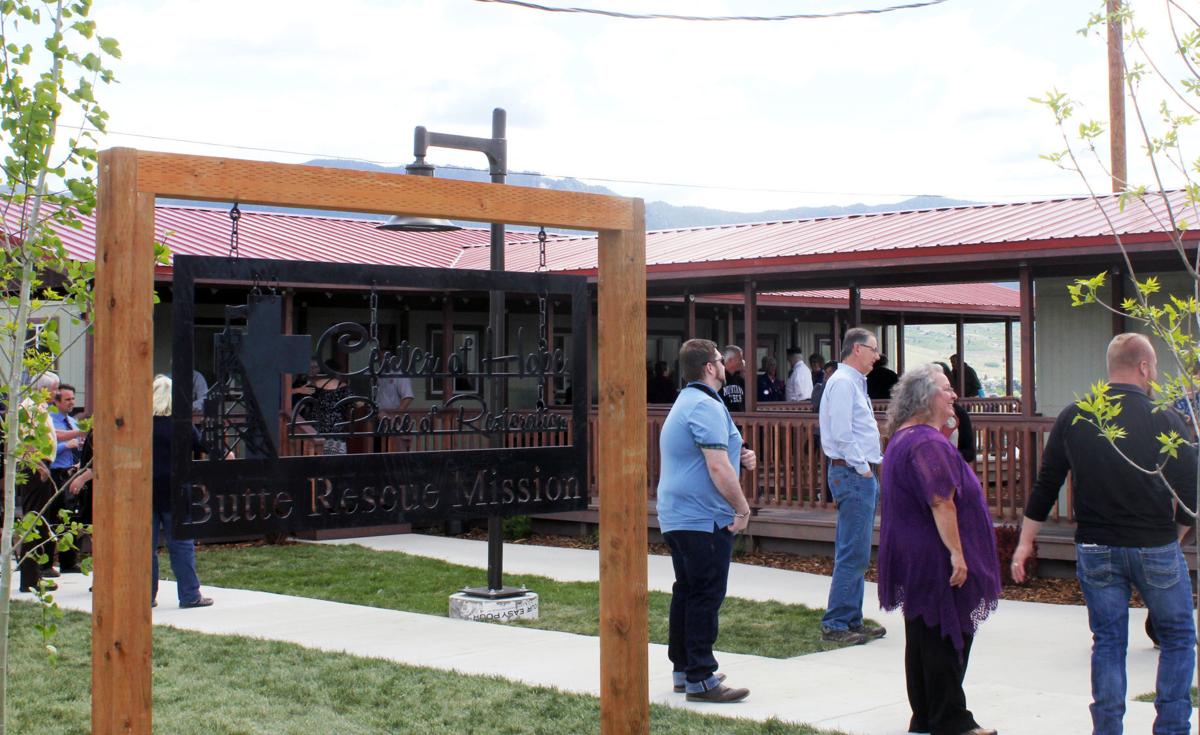 People mill about after a ribbon-cutting ceremony Tuesday at the new Butte Rescue Mission homeless shelter at Arizona and Platinum streets near the city's warehouse district. 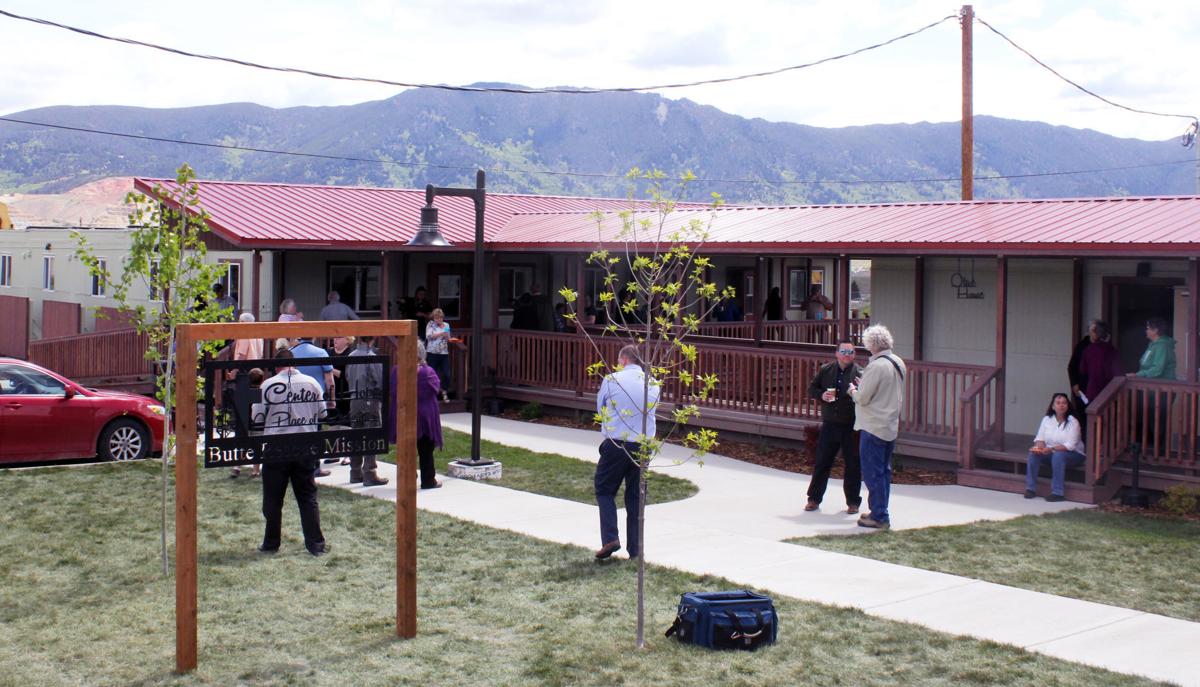 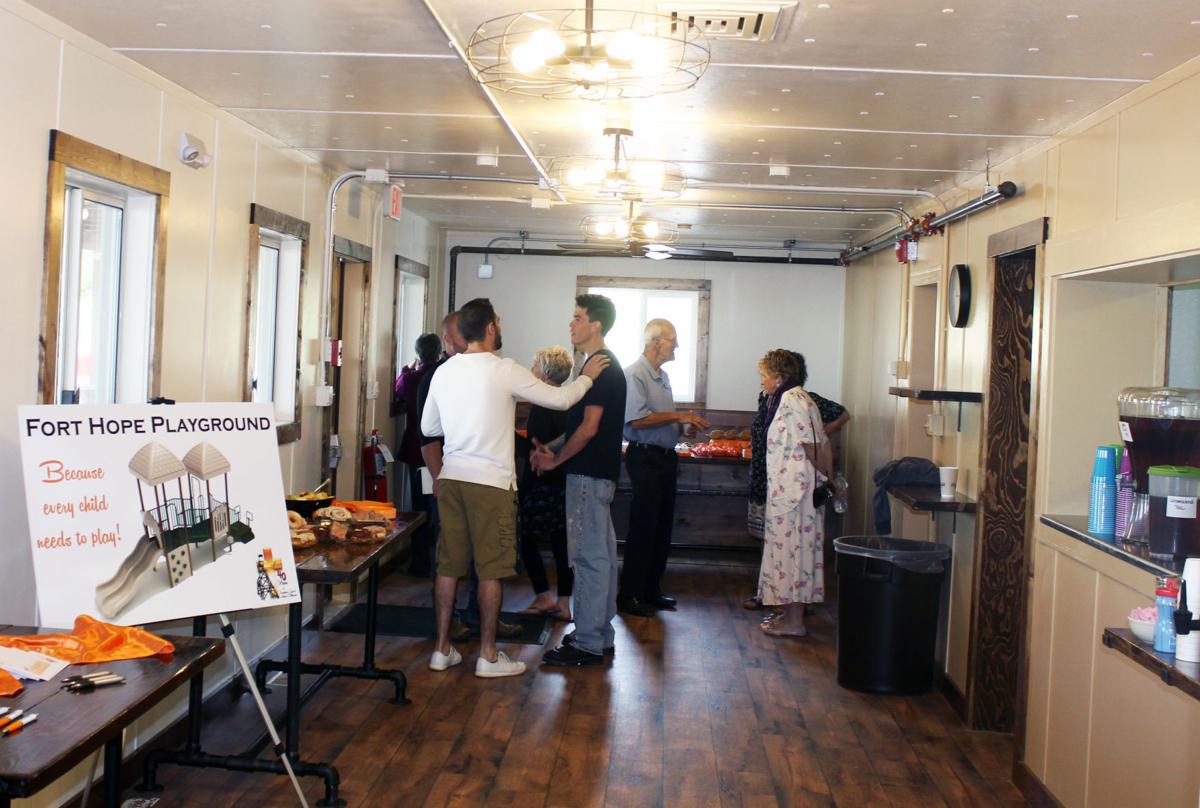 People mill about after a ribbon-cutting ceremony Tuesday at the new Butte Rescue Mission homeless shelter at Arizona and Platinum streets near the city's warehouse district.

The Butte Rescue Mission began a new era of hope and services for the poor and needy Tuesday, showing its new homeless shelter to scores of supporters a day before providing meals and taking people in again.

More than 200 people were on hand as the ribbon was cut on the Mission's new “Center of Hope” at Arizona and Platinum streets, 26 months after the Christian organization was forced to close its longstanding homeless shelter on East Second Street because of fire-safety concerns.

“I told my wife this morning that for two years we have been homeless,” said Paul Buckley, president of the Mission’s Board of Directors. “The Mission was homeless, but we are not homeless anymore.”

Mission Executive Director Rocky Lyons said she and others would do more than feed the hungry, although that was to start with lunch on Wednesday and breakfast, lunch and dinner every day of the week after that. Overnight stays will start Wednesday night, too.

"I believe this is going to be place of restoration," Lyons told the crowd. "It will be a clean, safe environment for the hurting, the hungry and the homeless in southwest Montana."

The new shelter consists of two pods of joined modular housing units, each with a comfortable gathering area, laundry facilities and restrooms with multiple sinks, stalls and showers. One pod will serve men, the other women, children and intact families.

Most of the bedrooms have three beds and a small table, and the family unit has an indoor play area for children, complete with lots of toys. The men’s unit has a dining hall and commercial-size kitchen.

There are numerous inspirational and Biblical sayings on the inside walls of both pods. One says, “Hope is the only thing stronger than fear." Another says, “We are more than courageous through Him who loved us.”

“You can’t be negative when you’re filling your mind up with the positive,” Lyons said.

The men’s pod has a large, covered deck, and both pods are joined by wooden, covered walkways and new sidewalks. There is freshly laid sod and grass and newly planted trees out front.

The facility already has far more space than the old shelter, which was essentially a family home that often became overcrowded and had little room for counseling, programs or religious services.

The Mission was forced to close its previous shelter in early April 2017 because of fire safety concerns that were too serious and numerous to fix. Its supporters proposed at least three other sites, including one Uptown and one at the old Madison School on the Flat, but they stirred controversy and fell through.

Numerous residents and businesses near both of those locations objected to having a homeless shelter, saying it would bring crime, panhandling and other problems.

Mission officials were finally able to buy land and an old warehouse at Platinum and Arizona, and they had previously purchased the modular units from North Dakota, where they had been used to house oil field workers during the Bakken oil boom.

There are plans to convert the warehouse into a large day room and space where residents can use computers to look for work, apply for jobs and get lessons in various job, life and parenting skills.

Last year, in response to community demand, the Mission agreed to establish a third pod of modular units that will serve as a low-barrier emergency shelter where those who are drunk or high can stay overnight. That should be in place sometime late this summer, Lyons said.

Patrick Beretta, a Catholic priest in Butte, was among those who pushed strongly for its inclusion, saying those individuals, too, needed refuge. Others included a consortium of agencies called the Continuum of Care Coalition and one of its leading partners, the nonprofit social services agency Action Inc.

Action Inc. and the coalition opened and operated a homeless facility in Uptown Butte during the first winter after the Mission’s old shelter was closed, and they provided hotel stays and other assistance to the homeless this past winter.

Beretta was among those who attended Tuesday’s ribbon-cutting ceremony. He said he was grateful to all those who helped the homeless and prevented “disaster” over the past two winters and was pleased a new shelter is in place.

“I think this is a great day for the most vulnerable in our community,” he said. “There was a lot of anxiety about having two consecutive winters without a (permanent) shelter and to have it back is a huge relief.”

He also said it was time to move past previous tensions and debate regarding the homeless in Butte.

“Obviously, this turnout tells you that people want to get behind a great cause,” he said. “It’s really time to put the controversies to rest and work together to dedicate ourselves to the vulnerable. This great turnout shows people are eager to do it.”

Lyons said support for the Mission runs deep and that the new campus was made possible through a team effort of dedicated staff, volunteers and donations of money and services by individuals, numerous businesses and foundations.

The land and new facility cost $1.3 million, she said, and contributions are still needed to cover the current tab plus planned renovations of the warehouse. Town Pump and the Gianforte Family Foundation have been two of the biggest donors, and the latter pledged another $100,000 on Monday if the Mission can match it with the same amount from others, Lyons said.

But moral support and encouragement has been equally plentiful and vital, she said, and lots of people she calls “Prayer Warriors” have prayed intensely over the past two years that a new shelter be established.

Many of them joined Mission officials in the dining hall before Tuesday’s, offering more prayers and giving thanks.

“Let this be a beacon of hope to all who enter here,” one said.

"I believe this is going to be place of restoration. It will be a clean, safe environment for the hurting, the hungry and the homeless in southwest Montana."

The Butte Rescue Mission, which was forced to close its longstanding homeless shelter two years ago because of fire safety issues, plans a rib…