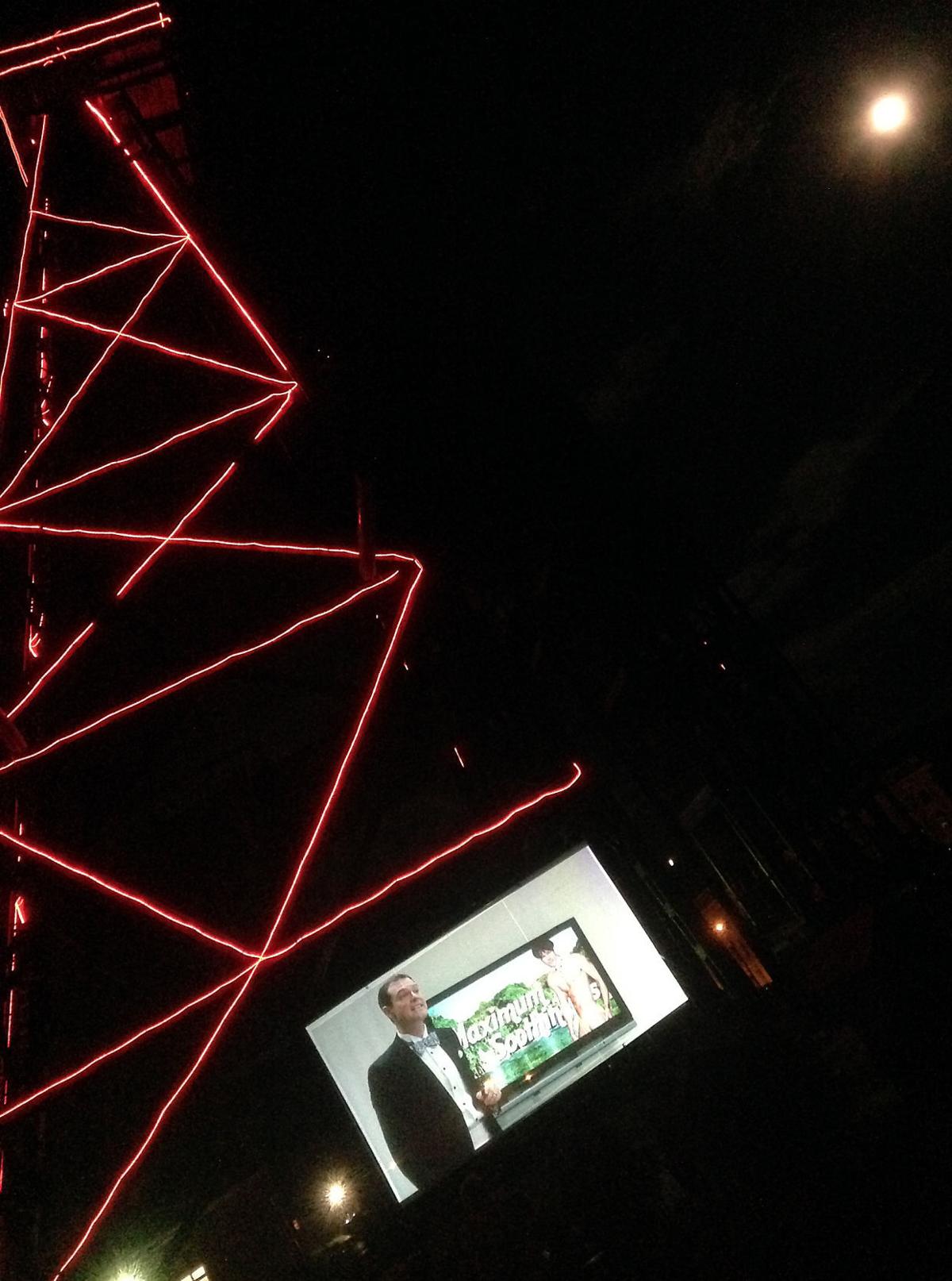 A manic-paced comedy satire on millennials, politics, and assorted other timely themes, "On the Conditions and Possibilities of Hillary Clinton Taking Me as Her Young Lover," a New Zealand film, screens under the Original Mine Headframe as the moon takes it in on opening night Thursday. 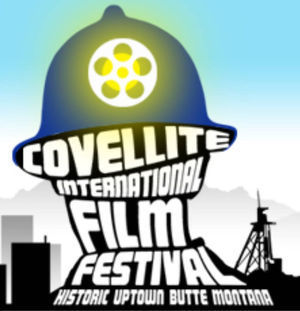 Commissioners on Wednesday night awarded $10,500 to the Covellite Film Festival to help secure production and filming of "Firefly Wishes.'' See a list of other organization that received a boost from the county's economic development mill levy on Page A7.

“It’s so amazing to be here. I’ve never had a movie, a moon, and a mine at the same time.”

That was cinematographer Kier Atherton speaking to about 60 filmmakers, film-goers, and gritty chilly-weather-busters on Thursday, the opening night of the first-ever Covellite International Film Festival at the Original Mine.

A dazzling full moon rising over the East Ridge opened the show in dramatic style.

Late into the night, hardcore independent film buffs sunk into lawn chairs and snuggled under blankets to ward off the near-freezing temps.

Making its dramatic entrance once darkness hit like a huge theater curtain rising, the moon kept close eye on the intensely creative types mingling in the Mining City.

The orb was a hard act to follow, but three short films somehow pulled it off.

The violent “Eliza” had the distinction of being the first film to screen for what organizer Don Andrews hopes will be an annual festival in Butte.

When a vicious drug gang discovers an undercover cop has infiltrated their ranks, they and Eliza move in, terrifyingly sharp martial arts weapons blazing.

The subject matter is not my cup of tea, but people seemed to appreciate the quality “music video pastiche” cinematography. Still, I shuddered at the gratuitous violence.

Instead, give me a good comedy any time.

I consider myself a longtime film fan — primarily of the classics and a few cult films. So I was relieved when the next two screenings brought hearty rounds of laughter that seemed to rise quickly up to the moon.

“That was absolutely funny — I was just giggling,” said fan Anna Dockter, plunked down in the front row of the makeshift outdoor movie theater.

“I thought it was great fun. We went to hear the music and stayed for the movies. Both were so humorous.” A life-long Butte-ite, Dockter bought a day pass for the weekend, as the opening night at the Original was free.

Next up was “Lester Leaps In,” a 30-minute Montana-made film that set a new bar for quirkiness and dry, off-beat humor and mind-boggling symbolism.

Shot by Atherton in Missoula and Seeley Swan and produced by Skye Grace Bennett and Mike Steinberg, the film unveils an impressive variety of fantastical sets that jibe perfectly with oddball protagonist Lester.

Afterward, Atherton told the appreciative crowd that “Lester Leaps In” was filmed in one week. That’s when his "movie, moon, mine" alliteration summed up the night.

Even the moon grinned wider than the Berkeley Pit before taking a bow behind a Halloween-ish skiff of clouds.

But it was the “On the Conditions and Possibilities of Hillary Clinton Taking Me as Her Young Lover” that capped the night. It featured snappy, madcap dialogue from one ultra-enthusiastic, uber-prepared New Zealander, Richard Meros, B.A., played by Author Meek. Meros narrates nonstop his story from the confines of an airport interrogation room, which tells you what he’s willing to do to gain Hillary’s love.

“What a clever idea — there were some good gags — and very talented people,” said Dockter.

The humor was intellectual, zany, physical, and symbolic all at once. I loved it — and other big bouts of laughter from the audience bounced high off the East Ridge to Big Butte and back again.

Laughter is the best medicine, for dang sure.

For that reason alone, I’m already a big fan of the Covellite film fest. May it have a good, long run.

The tallest cliff in the Solar System is one steep drop

The tallest cliff in the Solar System is one steep drop

WH turns focus to getting under 30 vaccinated

WH turns focus to getting under 30 vaccinated

Psaki: The fight for voting rights 'is not over'

Psaki: The fight for voting rights 'is not over'

Following is the schedule for the Covellite International Film Festival Thursday through Sunday, September. 15 through 18, in Uptown Butte. Th…

Have your people call my people: Filmmakers dream big in Big Sky Country

Selfies were snapped, libations were enjoyed, and newly formed friends made promises to "have your people call my people."

Winnett, Montana, is a far cry from Disneyland.

Editor's note: This is the first in a series of previews of movies to be shown in the Covellite International Film Festival Sept. 15 through 1…

Lens of opportunity: Filmmakers bring their vision to Butte

When filmmakers Don Andrews and Brian Boyd pulled into Butte in a Winnebago a year ago, they planned to stay only one day.

With eight venues, more than 90 films, 60 directors and producers, and 75 volunteers, the Covellite International Film Festival – the first of…

Converting the touristy Chamber trolley into a pasty truck is one fine idea.

MISSOULA - ​The Decemberists will headline a new, curated two-day music festival at Big Sky Brewing Co. Amphitheater this August, according to…

Reporter's notebook: All the world's a stage -- well, in Butte, anyway

I’m not Catholic, but my mom, Fern Helene Paul, was. A slight, irreverent woman whose laughter filled a room wherever she ventured, she would …

Butte and film: The promise of a burgeoning romance

A city tells stories, street by street, as the human face does it -- one wrinkle at a time. Butte, by its appearance alone, tells captivating …

A manic-paced comedy satire on millennials, politics, and assorted other timely themes, "On the Conditions and Possibilities of Hillary Clinton Taking Me as Her Young Lover," a New Zealand film, screens under the Original Mine Headframe as the moon takes it in on opening night Thursday.

Commissioners on Wednesday night awarded $10,500 to the Covellite Film Festival to help secure production and filming of "Firefly Wishes.'' See a list of other organization that received a boost from the county's economic development mill levy on Page A7. 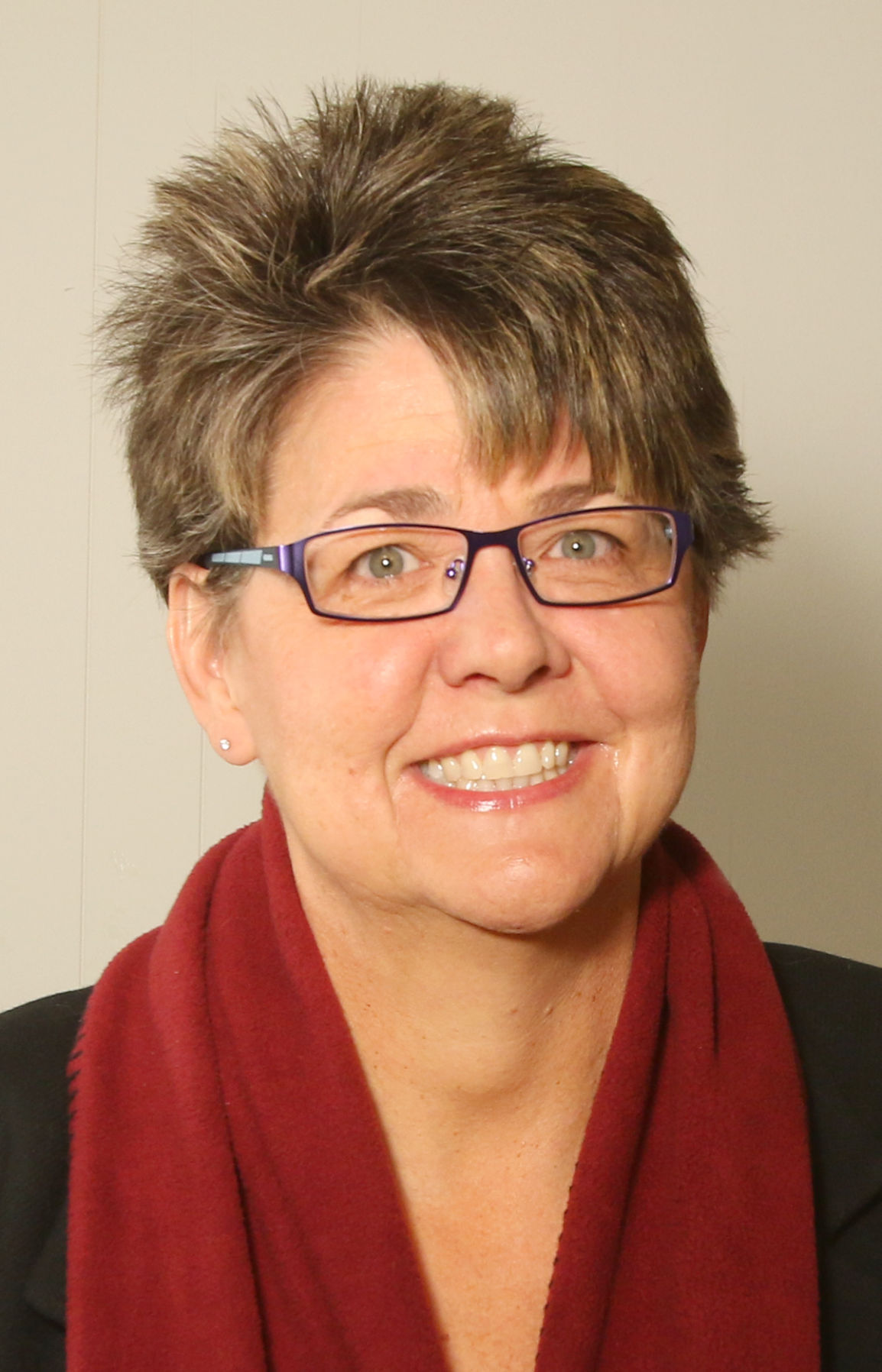