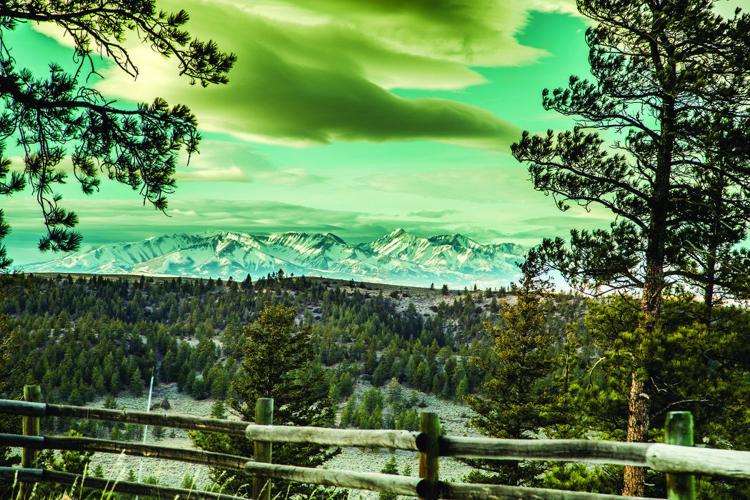 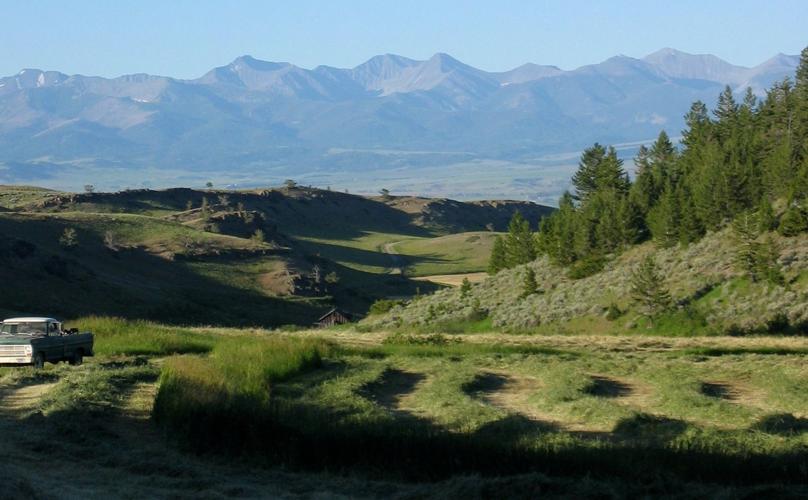 The Willow Creek Ranch backs up to the Bangtail Mountains outside Livingston and has views across the valley to the Crazy Mountains.

Brett French for The Montana Standard

Although Michael Jackson’s $100 million Neverland Ranch may be on the California real estate market for a while, some sizable recreation properties in Montana have been moving this year.

“This market is hot,” said Dave Johnson, a partner in Hall & Hall real estate, who is based in Bozeman. “There’s a lot of action.”

So far this year, Johnson said Montana has seen six sales of properties valued at $15 million or more.

“That is in stark contrast to the previous eight years,” he said.

Among the big sales Hall & Hall has overseen is the 10,600-acre Chimney Rock Ranch west of Big Timber along Lower Deer Creek for $17.5 million and the Willow Creek Ranch west of Livingston where more than 18,000 acres sold for $22.5 million. The company also finally closed on a deal that sewed up three ranches in the Shields Valley. The last acquisition for that East Coast landowner was the 9,600-acre Master Key Ranch for $16.9 million.

“These are luxury purchases obviously,” Johnson said. “To put that into context, prior to this year there were some recreational properties starting to sell, but they were all in the $1 million to $3 million range.”

Out of concern for their buyers’ privacy, Hall & Hall won’t reveal who purchased the lands. The buyers in such large purchases are often hidden behind limited liability corporations, family limited partnerships, and purchases by registered agents.

Johnson sees the recent sales as a sign of buyers’ increased confidence in the U.S. economy. That seemed even more likely, he said, because some of the properties had been on the market for years with no offers.

Hall & Hall has offices in other western states, but Johnson isn’t hearing of similar action in Colorado or Idaho, partly because there are fewer properties on the market.

“Montana stands out in that regard,” he said. “Wyoming is getting more attention, but not much like this.”

Along with availability, Johnson said Montana also remains a good value for price per acre, certainly lower than Coloradocbut not typically as low as Wyoming. The other difference is the scale of the ranches in Montana — the properties are typically larger than in states like Colorado.

“I think that’s an attraction, bigger is better,” he said.

The company noted that where demand is outstripping supply is for private trout water and trophy elk hunting properties. Still listed on the company’s website are such high-end offerings as the Dome Mountain Ranch adjacent to the northern boundary of Yellowstone National Park for $25 million, the Crazy D Ranch near Big Timber for $15.5 million, and the Yellowstone Springs Ranch in the Paradise Valley for $9.7 million. If that’s too steep, there’s a cabin atop a cliff along the coveted Smith River that is selling for a mere $1.2 million.

None of the purchases that went through Hall & Hall’s offices this year are under threat of being subdivided, Johnson said. Several of the ranches were already protected from subdivision by conservation easements.

“They are all being purchased to be kept as they are,” he said. “They are buying them to play on them — hunting, fishing and horseback riding, that whole package.”

Prosecutors say a Butte woman lied and got an $8,000 insurance payout on an already burned up camper.

It could take several weeks for the Montana State Crime Lab in Missoula to determine cause of death.

“A lot is going on,” said George Everett, director of Mainstreet Uptown Butte. “Businesses will be open in the evening, too.”

'No-brainer' or not open? County committee at center of open-meetings dispute

Controversy flares over whether a county advisory committee's meetings should be public.

G7 price cap on Russian oil kicks in, Russia will only sell at market price

This historic crown is being readied for King Charles's Coronation Day

This historic crown is being readied for King Charles's Coronation Day

The Willow Creek Ranch backs up to the Bangtail Mountains outside Livingston and has views across the valley to the Crazy Mountains.