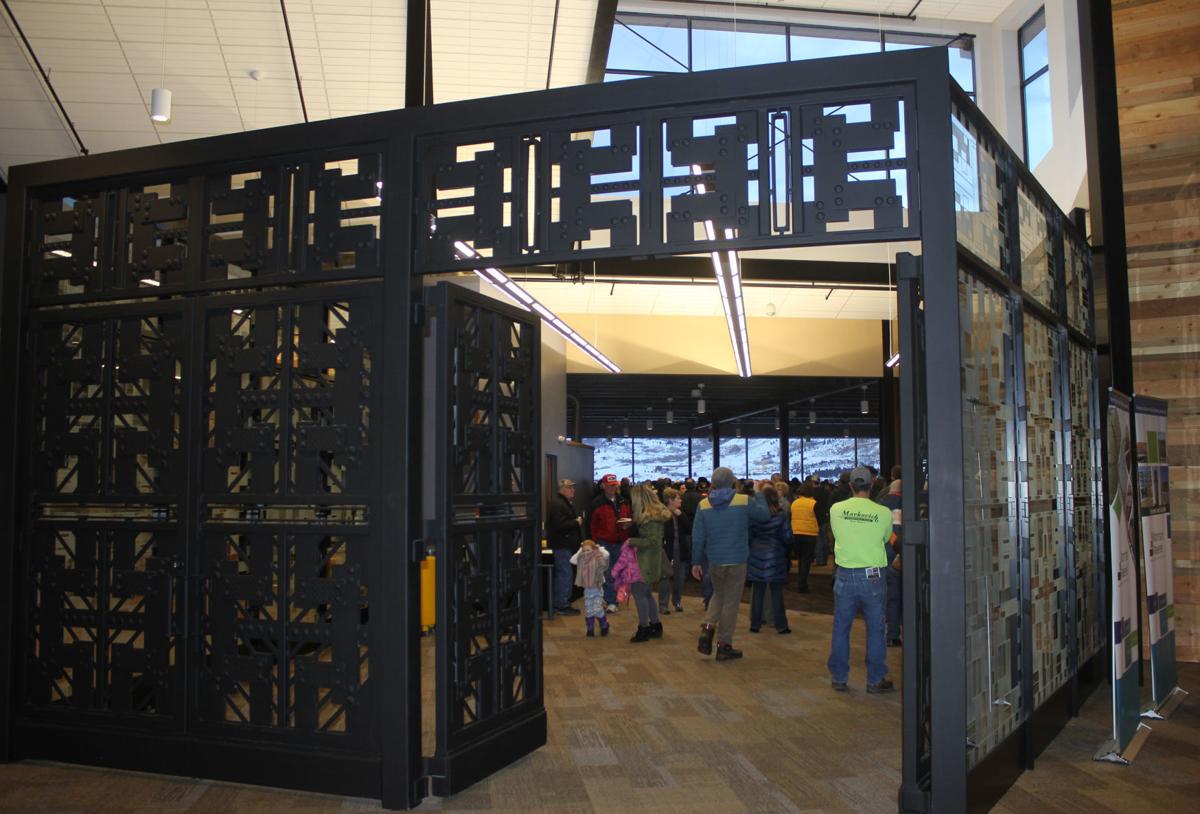 This gated entrance to the passenger waiting area in Butte's new airport terminal was inspired by the cages that lowered workers into the mines. After the community favored SkyWest flights to Salt Lake City in an online survey, the Airport Authority Board voted 4-0 to recommend that Skywest be awarded subsidies. 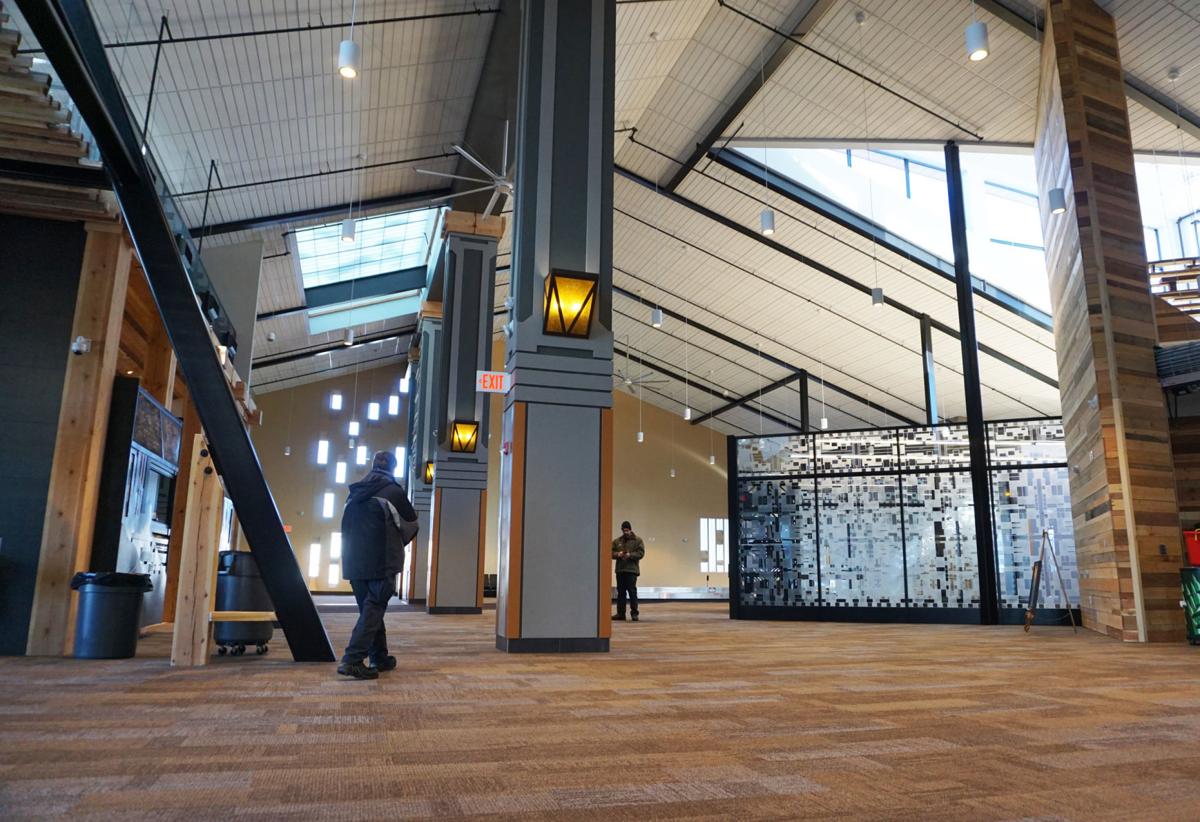 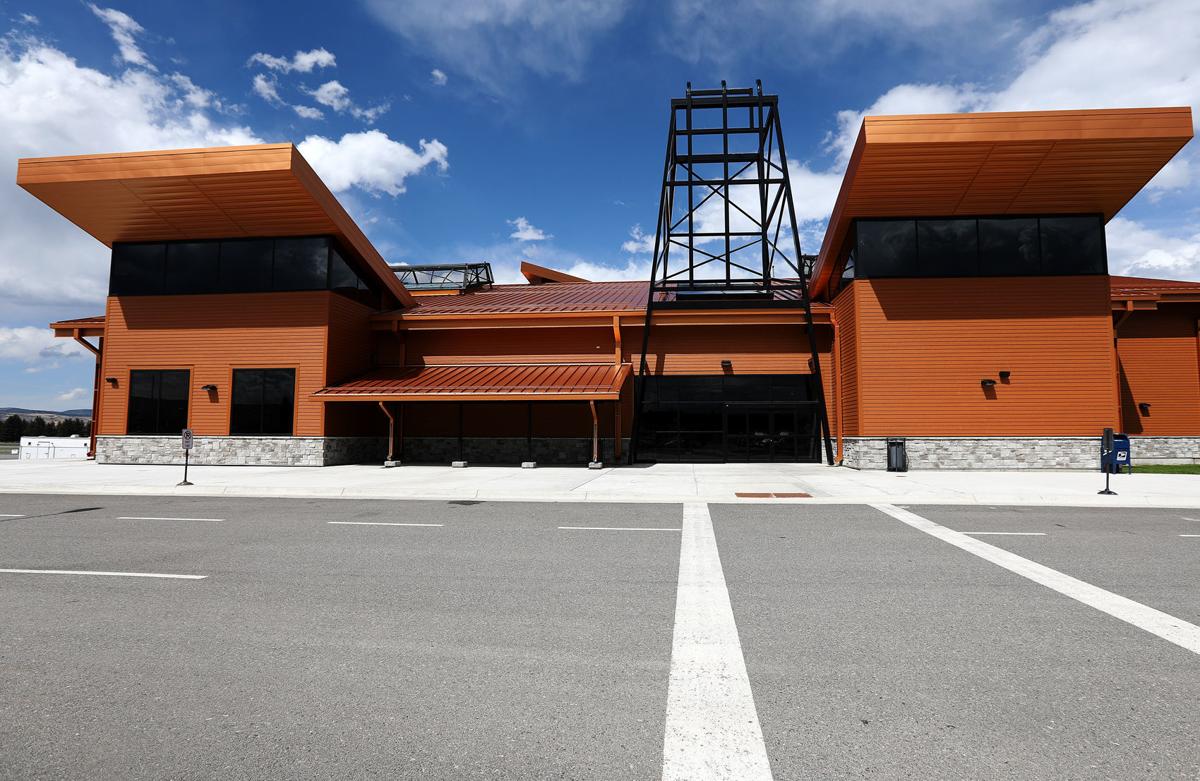 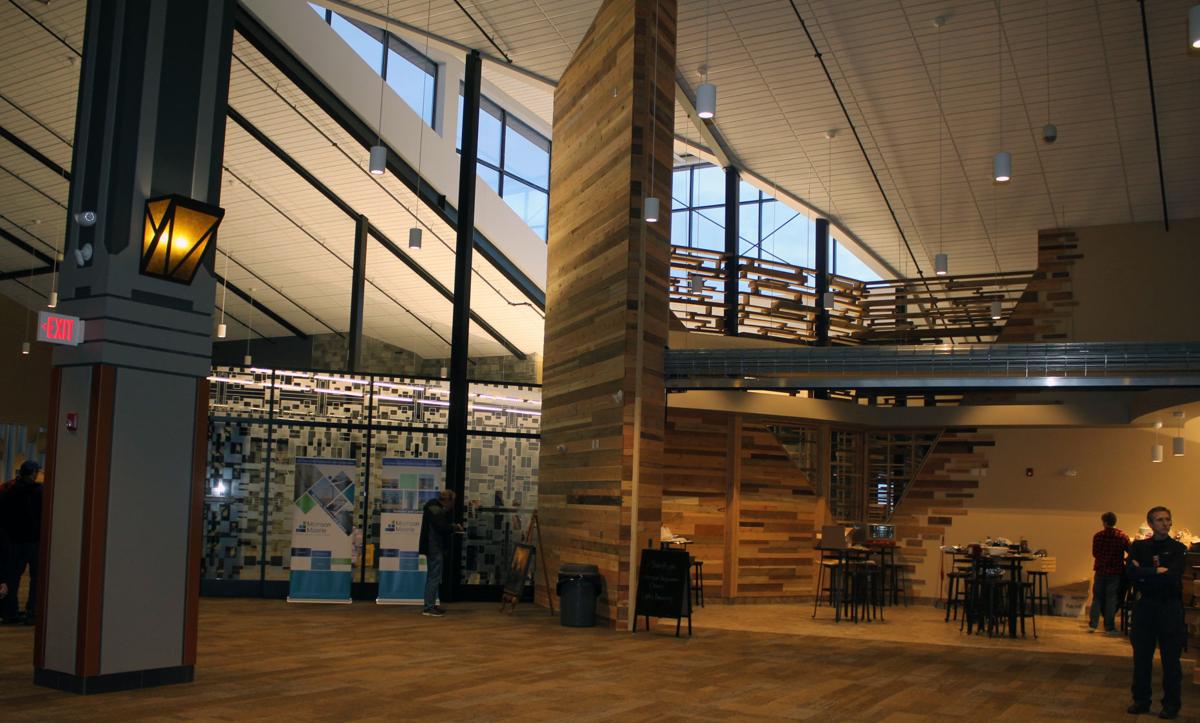 The board overseeing Butte’s airport is listening to the people and recommending that a federal agency keep awarding subsidies to SkyWest and its flights to Salt Lake City over a United Airlines proposal to fly to and from Denver.

That doesn’t necessarily mean the U.S. Department of Transportation will pick SkyWest, whose request for subsidies in each of the next two years is about $52,000 higher than those sought by United Airlines. And regardless of who wins out, local fundraising efforts to land a second destination city for Butte will continue.

But the Airport Authority Board wanted the community to weigh in before it decided who to recommend for the subsidies, and in an online survey and a meeting last week, most people favored SkyWest and its twice-daily flights to Salt Lake City arranged through Delta Airlines.

If the survey tally was close, some board members had said, they would have favored United because it has far more connections out of Denver than Delta does out of Salt Lake City. That could increase the number of people flying out of Butte.

But it wasn't close. Out of 1,856 people who took the survey, 61 percent favored SkyWest to Salt Lake while 39 percent wanted new United flights to Denver. All 13 citizens who spoke before the board last week supported the Salt Lake flights, which SkyWest has operated for 19 years.

So the board voted 4-0 to recommend that SkyWest get the subsidies.

“We have information on who the community prefers,” JR Hansen, a member of the board, said Monday. “I am on the board as a representative of the people.”

Hansen said many supported SkyWest to Salt Lake because it had been offered here for years, was a reliable service and Salt Lake was a smaller airport with fewer cancellation issues than Denver.

“And in general, people do like Delta so they are connected to Delta,” Hansen said.

Community input is only one of several factors the U.S. DOT considers in awarding Essential Air Service subsidies, so it could still choose United’s pitch for 13 weekly flights to Denver. It looks at projected costs for fuel and flight crews, and airport rental expenses, too.

It also considers the requested subsidy amounts, which are paid for with federal tax dollars. SkyWest has asked for asked for $796,249 annually for its Butte flights to Salt Lake while United requested $744,261 — about $52,000 less — for air service to Denver.

Many local officials in Cody, Wyoming favored continued air service to Salt Lake City over Denver, but in late 2017, the federal agency gave the subsidies to United for the Denver flights. In that case, SkyWest wanted $1.32 million for the Salt Lake flights while United asked for $850,000.

Hansen said he expects the U.S. DOT to make a decision in the next few weeks, and it’s still possible it will choose United.

“The DOT is not asking for our business input,” he said. “They asked for the community’s input. They will do the business analysis. They are going to do what is best for the federal taxpayer and what is the best business decision.”

No matter who gets the federal contract, private fundraising efforts are underway to get flights to a second destination from Butte. The money would be used as a “revenue guarantee” for an airline — a commitment of funds should it lose money on the new flight.

Local officials believe they could land daily flights to either Denver or Salt Lake City — whichever loses out on the federal subsidies — during the winter and summer months for about $400,000 in guaranteed revenue.

Butte’s Tourism Business Improvement District, or TBID, has verbally committed to giving $200,000 if a similar amount is pledged through other sources.

“We need to strike when the iron is hot,” Hansen said. “My pitch to them is that we still want you to do this.”

But money for a revenue guarantee needs to be in hand soon, Hansen said, because airlines will have plans for 2020 set soon.

“We can’t wait around for another three or four months,” he said.

Joe Willauer, executive director of the BLDC, said Monday that fundraising has gone slow so far. That might be in part because of confusion about the pending federal subsidies and the revenue guarantee, he said.

Between the two, he said, the immediate goal is to ensure flights to both Salt Lake and Denver. But even though $400,000 or so could secure a second destination, airlines often make enough money on new flights to forgo the revenue guarantee.

That means the money and additional amounts raised can be used to secure third or fourth destinations, he said.

“It’s the same model that’s used at other airports,” he said.

Information on the Fly Butte effort can be found at www.flybutte.com

Weigh in now: United to Denver or SkyWest/Delta to Salt Lake

Wheels up! A fundraising campaign designed to land additional commercial flights to Butte is officially off the ground.

When it comes to recruiting a new flight to the Bert Mooney Airport, there’s one thing that most local officials can agree on: Increasing air …

This gated entrance to the passenger waiting area in Butte's new airport terminal was inspired by the cages that lowered workers into the mines. After the community favored SkyWest flights to Salt Lake City in an online survey, the Airport Authority Board voted 4-0 to recommend that Skywest be awarded subsidies.