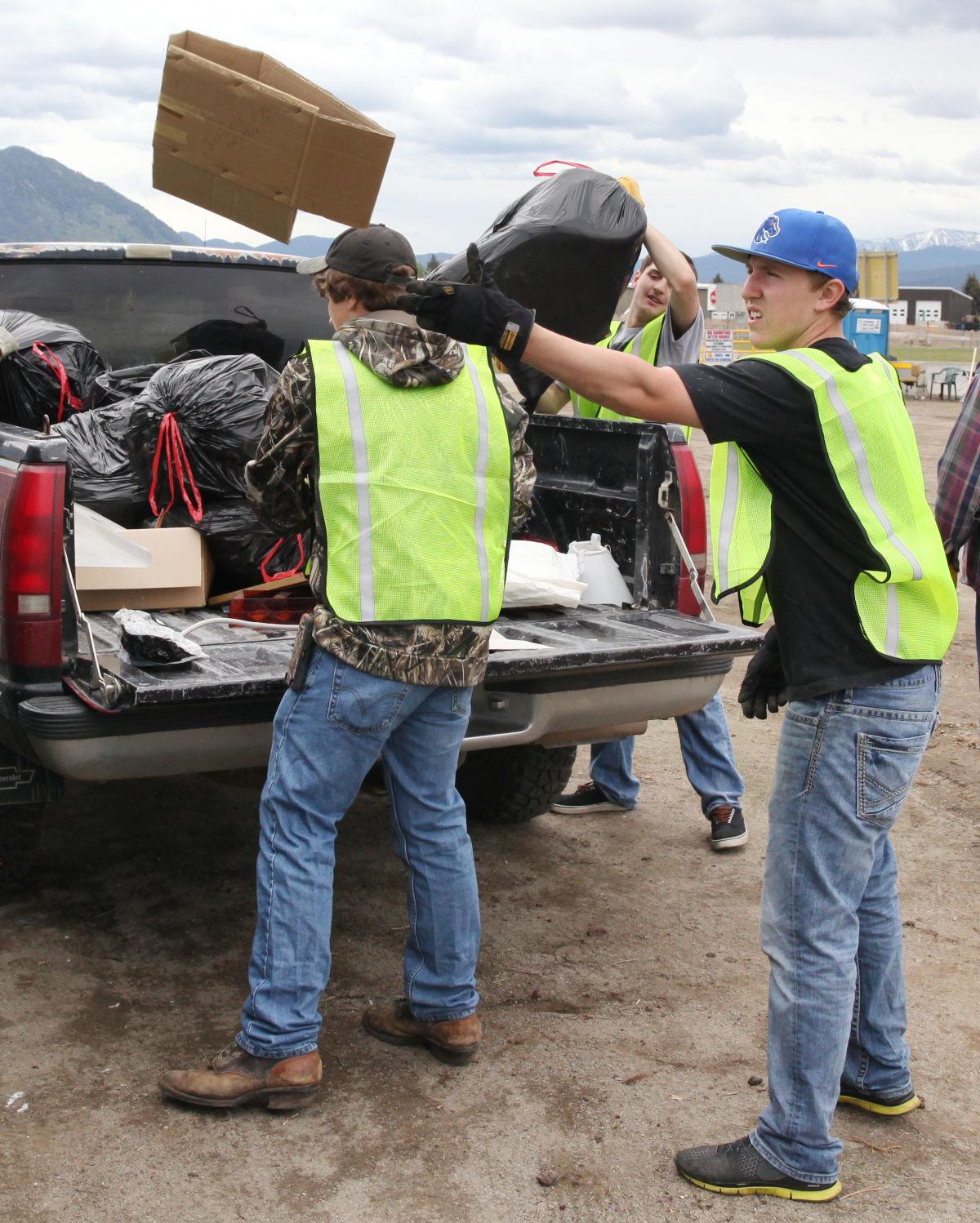 Workers in this 2015 file photo are seen helping unload trash and debris at a Butte-Silver Bow Alley Rally location. The county and commissioners have now organized community cleanups that will debut next week in parts of Butte. 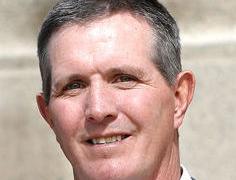 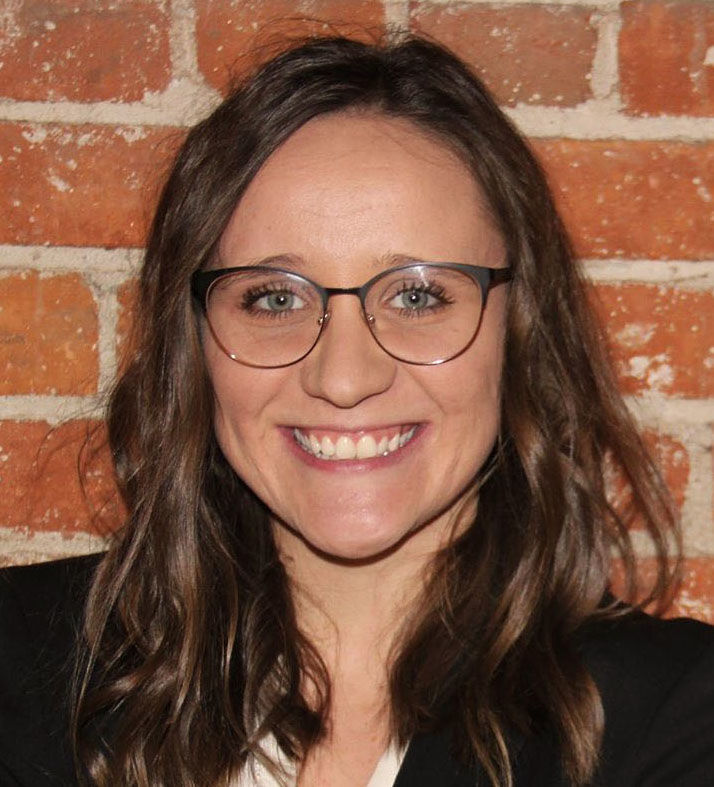 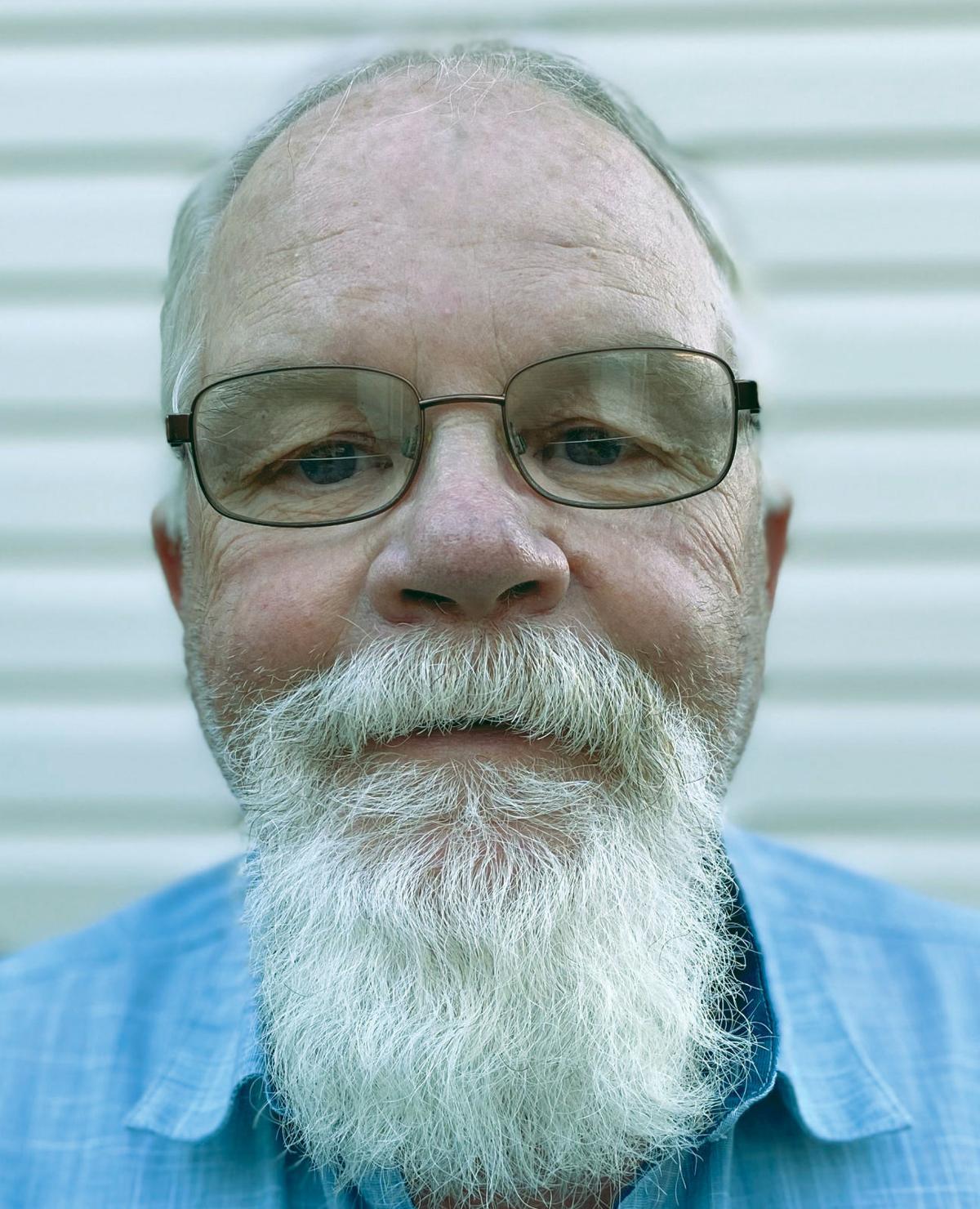 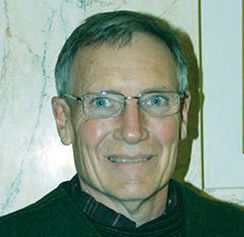 County officials and commissioners have organized “community cleanups” in three council districts in Butte next week in hopes that residents will join in to rid neighborhoods of junk, garbage and debris.

The county will supply garbage bags and place one or two dumpsters in the areas on July 29, 30 and 31st — a Thursday, Friday and Saturday — and McGree’s Trucking will haul the material to the landfill nightly if needed.

Precise locations for the dumpsters are still pending but they will be in areas represented by Commissioners Hattie Thatcher in District 3, John Sorich in District 4 and John Riordan in District 8. If smoky conditions are too intense, the dates could be postponed.

County Chief Executive J.P. Gallagher, who took office in January, said engaging neighbors in cleanup efforts was one of his priorities so he reached out to commissioners and the Community Enrichment Department to get some organized and started.

“I believe having the local government support these clean-up efforts shows a commitment to try to clean up our community,” Gallagher said Wednesday. “It is a model that I would like to use in all districts.

“Some people don’t have the resources or ability to clean up their property because of health or financial reasons,” he said. “These neighborhood clean-ups are neighbors helping neighbors — something Butte is known for.”

Danny McClafferty and his wife, state Sen. Edie McClafferty, are longtime residents of the Greeley Neighborhood in District 4 who back the plans and are eager to take part.

There are old tires and junk trailers and vehicles about, he said, and some residents are “turning their yards into landfills” because they’re too lazy or unable to clean up and take things to the actual landfill near Rocker.

McClafferty said he told Gallagher before the November election that he would “throw some votes your way” if he tried to help and Gallagher has now “stepped up to the plate.”

“I want to help my neighborhood and help my neighbors and I’ve got several behind us who want to see how much of this stuff we can get out of District 4 north of Grand Avenue,” he said.

District 4 covers parts of northeast Butte south of current mining operations and Continental Drive, with Marcia Street forming most of the southern boundary.

Thatcher, whose District 3 covers a swath of east-central Butte including Cobban Street and offshoots east of Harrison Avenue, said she heard about the effort through Sorich and Gallagher and “jumped” at the chance to be part of the pilot project.

“I think it’s important that we try to pick up a few areas around town,” Thatcher said. “Each commissioner will be there for a few hours at least on each of the days but the biggest thing is neighbors helping neighbors.”

Community Enrichment Director Ed Randall said his department always encourages people to tend to their property. It is supplying the dumpsters and bags, and a couple of summer hires will canvass the areas to pick up bags if needed. But this is mostly community driven.

People can still drop off garbage and debris at the county’s “alley rally” location off of Shields Avenue through Aug. 3, saving a longer trip to the landfill west of town, but this will put dumpsters even closer, Randall said.

“We want folks to clean up their alleys and help their neighbors and clean their own properties,” he said. “If they have stuff and couldn’t get to the alley rally, well, now we’re going to have dumpsters within two or three minutes no matter where we put them in those areas.”

The county plans to publicize the dumpster locations a day or two prior to the cleanup days next week. Officials remind residents that they are responsible for maintaining areas up to the centerlines of right-of-ways, including those in alleys just behind fence lines.

The McClaffertys hope some folks will volunteer to help out.

“We do have a couple of elderly people who have asked us to help them remove some of the larger things in their yard,” Edie McClafferty said. “That’s what we hope to be doing next week — help them and anybody else who needs help.”

District 8 covers a swath of northcentral Butte, including some southern sections of Uptown.

A 68-year-old Butte woman was seriously injured in a dramatic crash on I-90 in the city Sunday morning.

A Butte man apologized Thursday for firing a gun at a bartender outside of Dano’s bar in Butte last year, saying he would “handle the situatio…

Blackjack Silver has big plans to venture underground in Butte and see what minerals remain.

Updated: Butte will now have daily flights to Salt Lake and Denver

SkyWest Airlines will start providing Butte flights to and from Salt Lake City and Denver starting in January, giving the Mining City a second…

The so-called Blue Range prostitution “cribs” in Uptown Butte are coming down.

Outfitters, conservation groups to Gianforte: Form a task force to save our trout

The trout decline in southwest Montana rivers was startling even before the drought hit.

Workers in this 2015 file photo are seen helping unload trash and debris at a Butte-Silver Bow Alley Rally location. The county and commissioners have now organized community cleanups that will debut next week in parts of Butte.