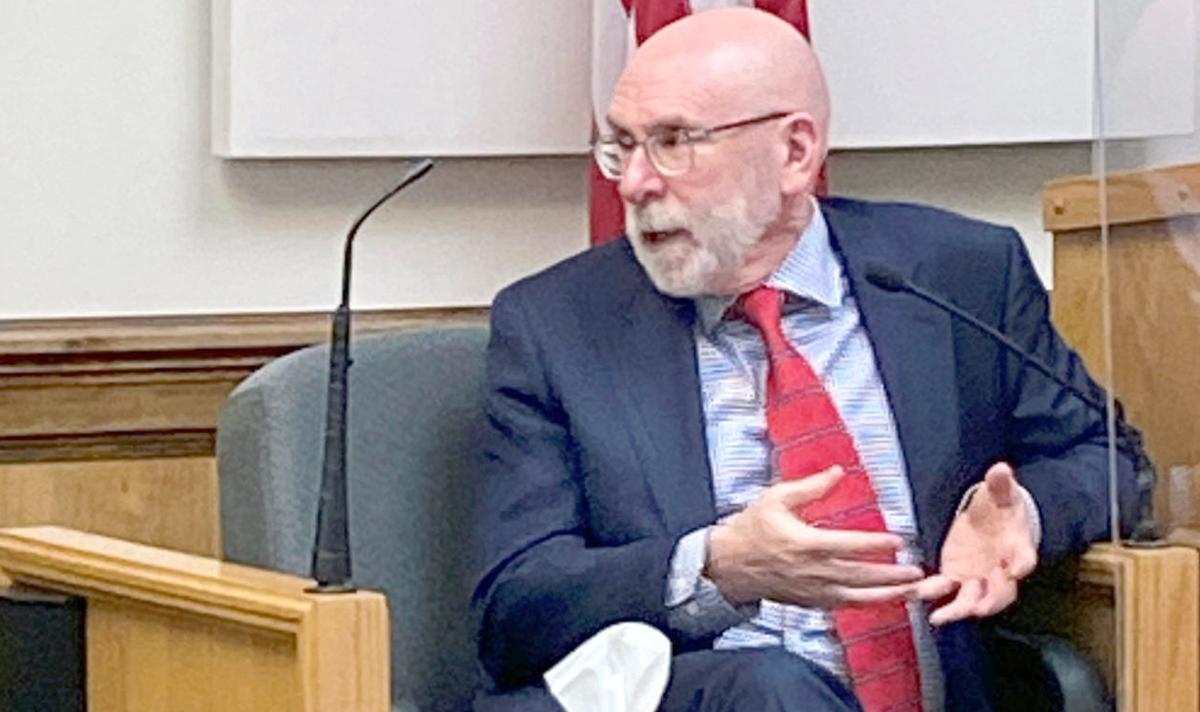 Robert Kurtzman, a forensic pathologist and medical examiner for the state of Montana, explains findings to jurors Monday in a trial tied to the the 2017 slaying of Broadwater County Deputy Mason Moore. 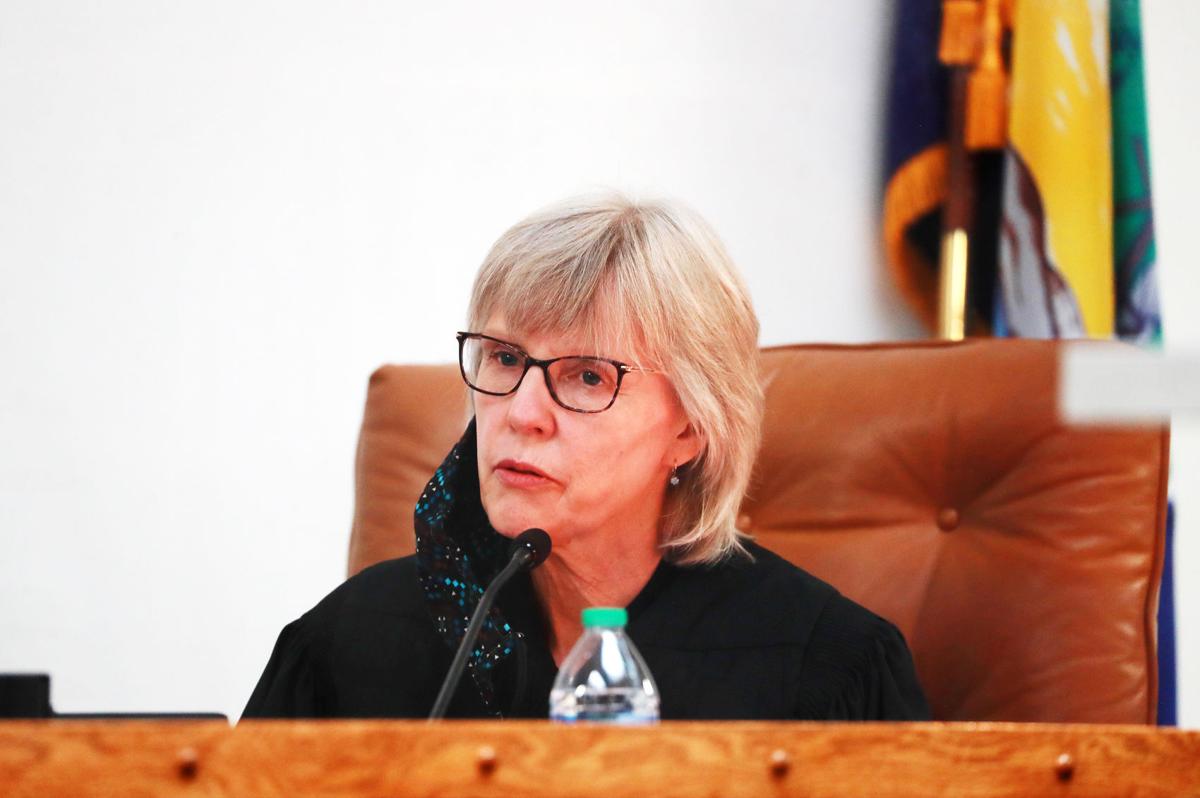 District Judge Kathy Seeley of Helena instructs the jury on Sept. 9 at the beginning of the Lloyd Barrus trial in Butte.

A forensic pathologist testified Monday that gunshot wounds Broadwater County Deputy Mason Moore sustained to his face likely came through the front windshield of his patrol car but it’s unlikely they were fatal.

Moore was also struck in the shoulder and upper chest and those rounds were fired through the side and likely killed him in the early morning hours of May 16, 2017, said Robert Kurtzman, a pathologist and state medical examiner in Montana.

The testimony supported prosecutors' belief that Moore was only injured by initial gunfire as he pursued Lloyd Barrus and his son, Marshall Barrus, in their Chevy Suburban on U.S. 287 near Three Forks, and four minutes later, they returned and fired the fatal shots.

They say Lloyd Barrus was driving and turned the SUV around, Marshall Barrus fired about a dozen more rounds into the stopped patrol car, and two hours later, Marshall was killed in a shootout with police in Missoula County while his father was hit in the hand and arrested.

Prosecutors say Lloyd Barrus had anti-government and pro-militia views and he and Marshall were on a “suicide mission,” sped past Moore to provoke the pursuit, and Marshall fired at least 19 rounds into the patrol vehicle.

Barrus’ defense attorneys say he was only trying to elude Moore to avoid a DUI and keep his son out of legal troubles, and suggest the events were fueled mostly by alcohol, especially the amount Marshall consumed that night.

Jurors saw autopsy photos of Moore on Monday showing gunshot injuries to his lower face, upper right chest and upper shoulder, and photos of where bullets struck the patrol car.

The latter showed three bullet holes in the front windshield and shots fired into the front grill and license plate. Those five appeared to be fired straight on, said Anthony Poppler, a crime scene investigator for the Montana Department of Justice.

That’s consistent with prosecutor’s belief that Marshall Barrus fired them from the SUV as Moore pursued it at speeds around 100 mph. Trajectory rods showed the rounds in the windshield coming straight on.

There were about a dozen additional rounds fired into the passenger side of the patrol car at an angle, nearly all of them passing through the door or side windshield into the interior of the car.

It’s likely bullets or bullet fragments from those struck Moore in the shoulder and upper chest, Kurtzman said, with at least one passing through vital organs. The shots to the face could have incapacitated Moore but were probably not immediately fatal, he said.

A patrol car camera picks up sounds of gunshots, shows Moore’s car coming to a stop, and even though the camera was knocked from its mount during the first round of gunfire, it continued to pick up audio.

Kurtzman said Moore is initially heard uttering some words, and over the next four minutes, he can be heard breathing at times. He would be able to do that even with the facial injuries, he said.

“There was activity that Mason Moore was able to engage in during this time,” Kurtzman said.

Prosecutors believe Moore was able to put the car in park, turn off the ignition, and open the driver-side door before the second round of gunshots. Kurtzman said all of that was possible.

Jurors were shown blood stains on the interior driver-side door handle and side panel, which Poppler said were consistent with someone trying to open the door.

When a trooper found Moore’s car about 15 minutes after the shooting, it was resting in some grass of the road shoulder. It was in park and the driver-side door was open with door chimes going off. The trooper knew immediately Moore had been killed.

The trial is expected to last into next week and possibly beyond.

Prosecutors: Father, son were on 'suicide mission' when deputy killed

Robert Kurtzman, a forensic pathologist and medical examiner for the state of Montana, explains findings to jurors Monday in a trial tied to the the 2017 slaying of Broadwater County Deputy Mason Moore.

District Judge Kathy Seeley of Helena instructs the jury on Sept. 9 at the beginning of the Lloyd Barrus trial in Butte.