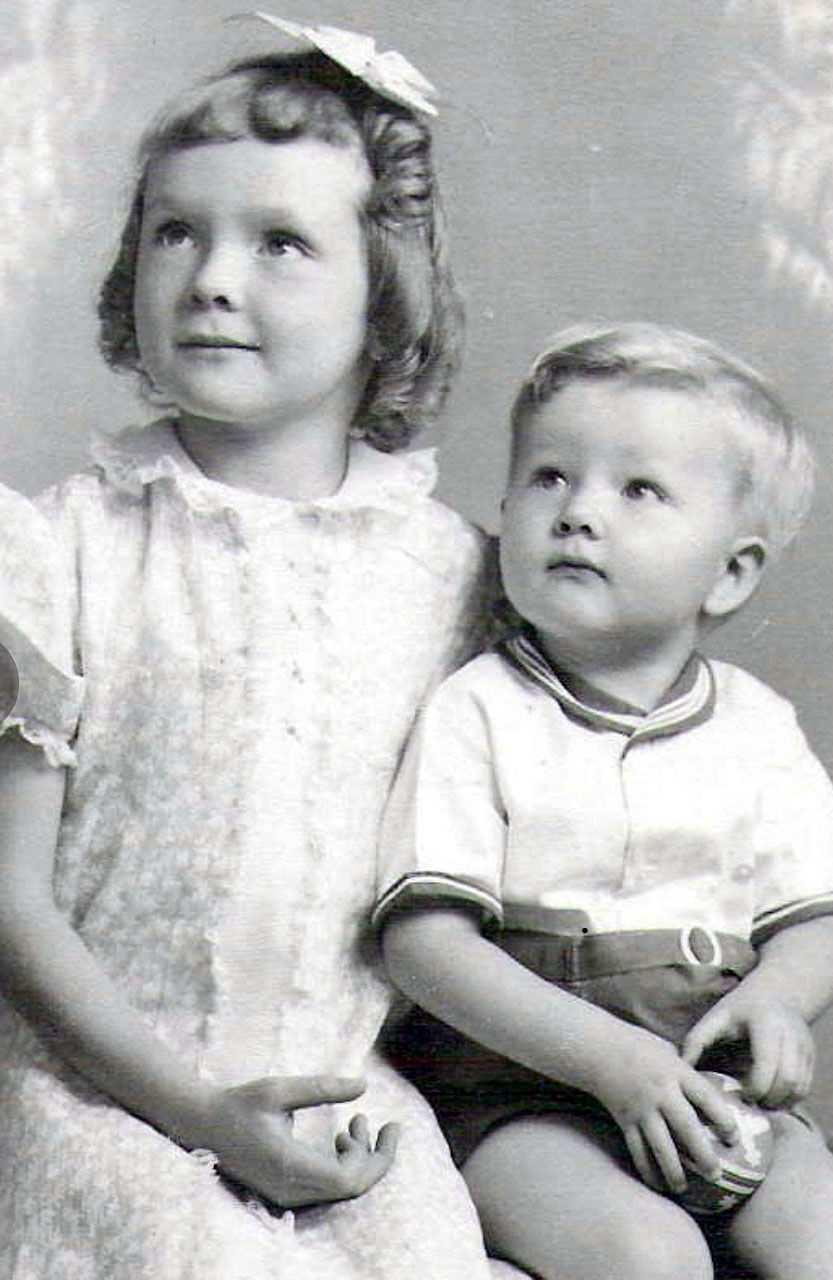 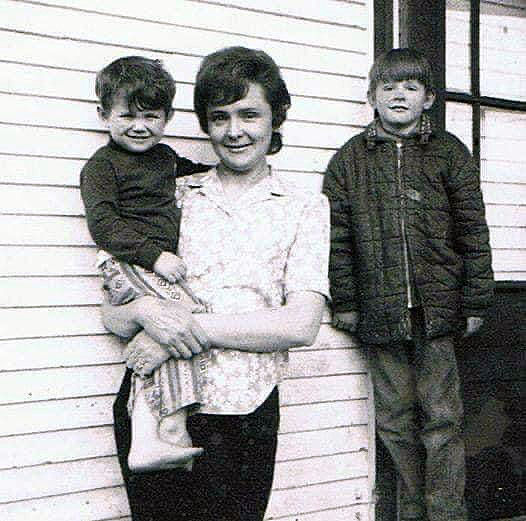 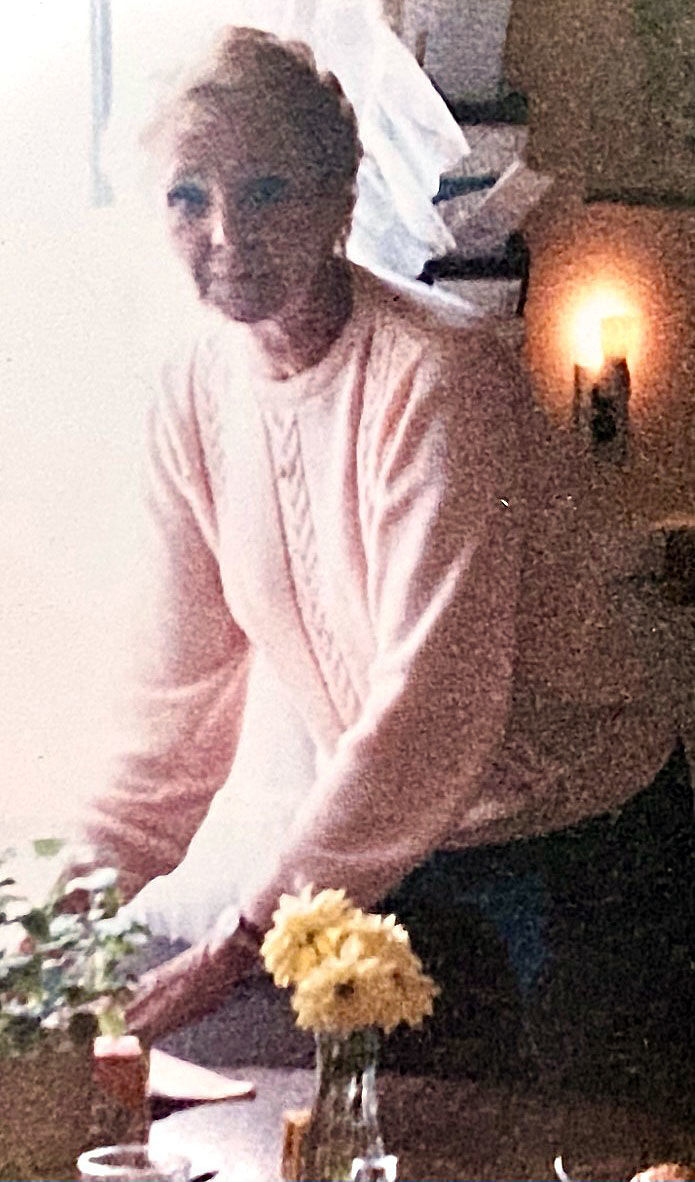 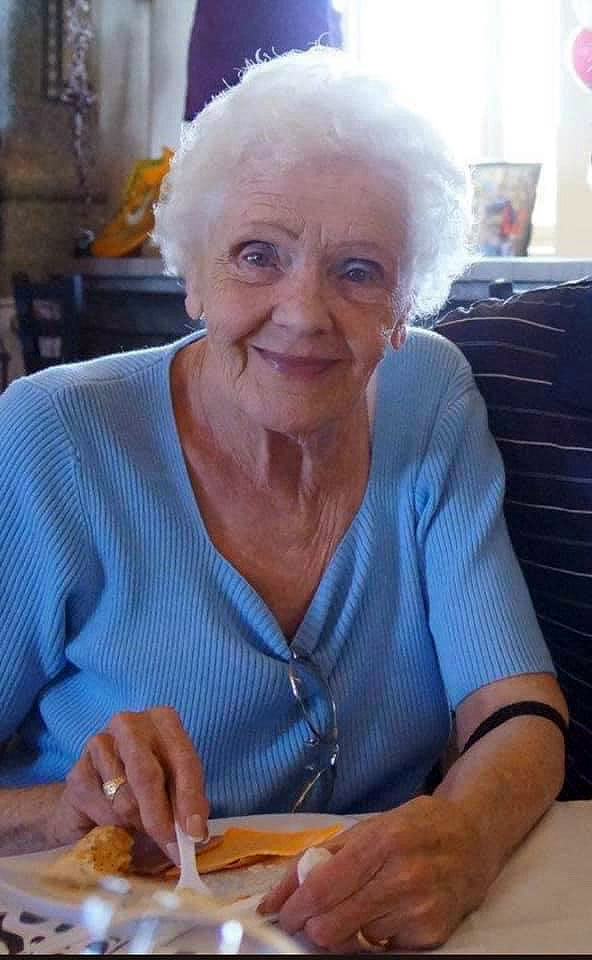 May the blessings of light be upon you,

Light without and light within.

And in all your comings and goings,

May you ever have a kindly greeting

From them you meet on the road.

Marilyn J. McCarthy was a self-made, independent and powerful woman, who overcame the expectation of a woman of the silent generation by standing tall and always standing up for those that needed support. Marilyn always respected the value and dignity of all others and took offense at anyone who thought they were above anyone. She was a friend to thousands and always had the time to listen and the will to help anyone in need. She opened her heart, her home and her family to everyone, whether they needed a laugh, a shoulder to cry on, or a houseful of friends to celebrate the holidays. She was first and foremost a loving and strong mother who raised her seven sons with selfless dedication and visible grace. As a single parent to seven boys, she worked 24 hours a day, seven days a week, to provide for our every need. She fed us, sheltered us, clothed us, educated us and provided us with love, support and guidance every moment of our lives and will continue to do so through the lessons she ingrained in our souls.  Marilyn never complained and never asked for help. She was able to maintain order and dispel disorder at all times with a single look, and never needed to raise her voice.

Marilyn was born on April 1, 1938, in the Goosetown neighborhood of Anaconda, Montana. The first born to Mary and Joseph Ferguson. She attended St. Peters Catholic Grade School and Anaconda Central. Marilyn was a life-long friend to everyone she had the chance to spend an hour with. She made an impression in the hearts of those that got to know her. Her cousins and family were especially important in her life, including Donna Kane Hunthausen, Diane Dougherty Berry, Bev Murphy Kleinhans, and Elizabeth Ferguson Judge. Her childhood friends, who were an integral part of her life, and those of her children, are many and included Darlene Sedminik, Charlotte McDonald, Carol Strizich, Rose Nyman, and Pat McDonald Lemmon. All of her sons have met previously unknown friends that have told of how she was their dearest friend and of times that she was their strength and example of how to handle life with dignity and grace.

Marilyn married Robert P. McCarthy in 1956, they divorced in 1972. As a high school student, she was a car hop at the Whitespot Drive In. While meeting all the needs of her family, without exception, she managed Daly's Grocery from 1972 to 1982. For decades she kept many in Anaconda in the brightest white and crisply pressed laundry to help meet the financial needs of her family, including the education costs for Anaconda Central, Carroll College and University of Montana School of Law. She was a fan of the only college team she acknowledged as playing football in Montana: The Griz. She instilled the absolute necessity of education in her children. She often said, “No one can afford not to get an education, and no one can ever take your education away from you.” A prolific reader and seeker of knowledge for the sake of knowledge she passed on that gift to her children, where a good read passed from mother to each of the children. She was the master of home economics and finance and was always able to feed the family in style and always with meat at every meal for her growing boys. There were rarely leftovers at the family table, and nothing ever went to waste. Keeping food on the table with sometimes limited financial need and always voracious appetites required creativity and Marilyn is believed to have invented soup sandwiches, stewed tomato bread soup and rice and potato dishes that satisfied all. She would graciously feed an army of her children’s friends on a moment’s notice. No one who visited her home ever left without having something to eat and drink and usually left with “something for later,” which might include her famous lemon meringue and coconut cream pies or a pot of stew or her famous chocolate potato cake.

Marilyn instilled a strong work ethic in her children and taught them that there is never shame in working hard to earn a fair living and those that labor for a living deserve your highest respect. She strongly believed that others must be paid a living wage for their labors. Although she could have been a strong-arm Union organizer if there was ever a need in Anaconda. Marilyn was born and raised and never deviated her Democratic beliefs. She was blue through and through and the best of what is uniquely Anaconda. She was always a supporter of the poor and working man in her community. As a staunch Democrat she voted in 2020 for Joe Biden and did her best to persuade those at Copper Ridge Nursing Home to do likewise. She hoped to live long enough to see the transition to a leader in the White House. No visit with mom was complete without a game of Scrabble or two, or five and with each win she would tease with a cat that ate the canary grin and a smug laugh. She was a master of words and crosswords and had the robust humor of her ancestors. She loved to hear or tell a joke or use her sarcastic wit and mastery of language to advantage.

In 1982, Marilyn began employment at Galen State Hospital, where she retired in 1990, as the Recreation Director.

Marilyn was always a soft hearted woman who would not only give the shirt off her back to a stranger in need she would clean and press that shirt first, alter and fit it and pack it with a complete wardrobe, include a bag of groceries and enough cash to “get you through.” Although she never had wealth herself, she gave more of herself to others than any other could afford. When she spotted a need that she could not solve she was not shy to ask others to be kind and share their wealth. She was a master at “putting the arm on” an unsuspecting benefactor of others. She was a practical and frugal person, yet amazingly generous. She rarely, if ever, bought herself anything, but made certain her children always had the best and that they never left the family home in anything wrinkled, unpolished or less than perfect condition. She taught her children manners and respect and how to treat others. She taught her family and others to always have pride, dignity and grace.

Marilyn took great joy in filling the stomachs of her friends. She began entertaining all the McCarthy’s and the in-laws and outlaws, for Christmas and New Year’s celebrations in the early 1970's and continued to do so for over 30 years. She somehow provided a smorgasbord of food, a fully stocked bar and a warm welcome for everyone who put their shadow through the door of 317 W. Park. She could always quickly put everyone at ease with a smile and a plate of her amazing cooking and just a few questions and warm conversation to welcome them and place them in the history of Anaconda. She always made whoever came to her home with family or friends feel welcome and over the years the celebrations grew to include friends of friends and family of family, her son’s friends and girlfriends and exes, neighbors and anyone who felt lonely and needed a welcoming place to go. In her honor, the family asks that when the opportunity presents itself to be kind to someone in need that you do so and think of her, who had very little and willingly gave what she had to strangers.

The family wishes to thank the wonderful staff at Copper Ridge Nursing Home for making her feel at home and caring for her every need.

A celebration of Marilyn’s life is planned to coincide with Art in the Park in 2021. To honor her memory, donations to the Hearst Free Library, 401 Main, Anaconda, Montana, or to the Anaconda Food Bank are very much appreciated.

Longfellow Finnegan Riddle Funeral & Cremation Service is entrusted with Marilyn’s funeral arrangements. You may pay your condolences at www.longfellowfinneganriddle.com.

Thank you for a beautiful tribute to your mother. You have honored her well, capturing the essence of who she was, a remarkable individual. I am positive that St. Peter's head was spinning as a whirlwind swept through the pearly gates. Blessings on each of you and love and prayers for the Matriarch.