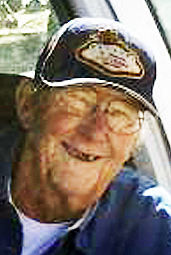 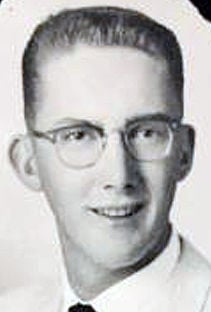 On Saturday, March 14, Jerry passed on to be with the Lord after a long fought battle with several health issues. He passed peacefully surrounded by his wife Shirley, and his kids, Amy and Andrew at the Ruby Valley Hospital. His life came full circle as he was born in Sheridan and passed away in Sheridan.

Jerry was born in Sheridan Montana, to Albert “Pat” and Elizabeth Braach. He grew up in Brandon on the family ranch and attended school in Sheridan, graduating high school in 1959. He loved working with his dad, Pat, and started driving the tractor at the age of six. Dad always said that he was so young when he started working, that you could not even see him behind the wheel of the tractor driving down the road. During the winter, Jerry helped his dad feed cows. When they were done, he could not wait for his father to go to town and buy a newspaper so they could read the comics, including Popeye and Dick Tracy. While living on the family ranch in Brandon, he loved all the outdoors had to offer, including fishing in Mill Creek and hunting right out the back door. Jerry would always miss the first period of school on the first day of hunting season and fill his deer tag every time. His teacher always said, “Anyone that can fill their deer tag on the first day of hunting season and make it to school after the first period gets an excused absence.”

While attending Sheridan schools, he participated in basketball, football, track, and FFA. After graduating high school, Jerry continued his education in Bozeman, at MSU, and a short time at Western Montana College in Dillon. He quickly returned home, and started working for local ranchers bailing hay, completing home building projects, and concrete work. He initially started construction work for Jacobsen Construction in Sheridan, and learned how to operate a backhoe at this time. Jerry helped dig all the sewer lines for the town of Sheridan. In the early 60’s Jerry started his own construction business. It eventually grew into a good size business where he owned all sorts of equipment and worked on many jobs all over the state of Montana, including all subdivisions on the old Gary Cooper Ranch in Cascade. 24 people were employed by Jerry Braach Construction during the peak of business. Included in the business was spraying weeds for Madison County and pouring redi mix concrete. Later on, Jerry and Shirley worked in other businesses, including hauling scrap metal and selling fresh fruit from Utah for 24 years.

Jerry always enjoyed travel with his beloved wife, Shirley, and his kids when they were a young family. Many camping trips were taken to Yellowstone and to one of Dad’s favorite places, Devil’s Tower. He also enjoyed traveling to the Indianapolis 500, Rose Bowl Parade, Minnesota, Moab, Utah, and Arizona. We spent much time hunting in the Ruby Valley and harvested many elk and deer in the country we all love. Jerry truly did enjoy teaching his kids how to hunt and fish.

Dad’s parents never missed their kids' (Joanne and Jerry) school activities, and Dad never missed a school event that either of his own kids participated in. In one of the very last conversations we had, Dad conveyed great pride in being a devoted father that indeed made it to all of our school events. He loved the sporting events his kids competed in. Jerry also enjoyed the holidays, including Halloween and Christmas. We could always count on Dad taking us trick or treating every year. Dad always encouraged us to work and do things for others as if it were for yourself.

Jerry will be greatly missed, but we know he is free from pain and able to reunite with family and friends that have missed him. He was preceded in death by his parents, Pat and Elizabeth. He is survived by his wife, Shirley Braach; and children, Amy (Bret) Hart, and Andrew Braach. He is also survived by his sister, Joanne (Ralph) Pehl; and their children Jeff, Dennis, and Greg Pehl.

Services will be held at Mountain View Chapel in Twin Bridges, Saturday, March 21, at 2 p.m. A celebration of life will be held after services in the same location.

To plant a tree in memory of Jerry Braach as a living tribute, please visit Tribute Store.
© Copyright 2020 The Montana Standard, 25 West Granite Street Butte, MT | Terms of Use | Privacy Policy
Powered by BLOX Content Management System from TownNews.com.
You don't have any notifications.