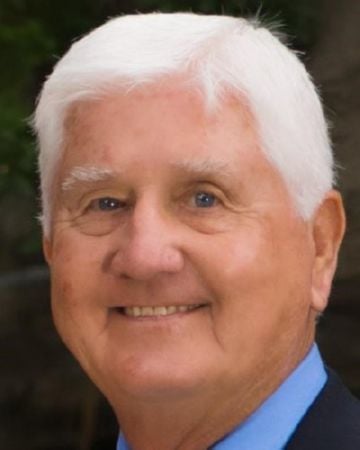 Frank Milewski passed away peacefully on Jan. 8, 2021. His life was the personification of love and family, and he always had a zest for life. Frank was born in Steubenville, OH to Francis and Frances Milewski.

After graduating from high school, Frank left for college at the University of Detroit. After two years, he was drafted into the US Army and was a veteran of the Korean War. Frank moved to Los Angeles after his military service in 1956, where his parents had relocated. Frank met and married the love of his life, Trish McMahon of Anaconda, and together they raised a family of four children.

Frank went to work for Republic Financial Services, Inc. and worked his way up to senior VP in his over 30-year career. From there, he moved to Western Mutual as the senior VP of marketing, where he worked until 1997, spanning a 40-year career, where he was highly respected and loved. He was known as the Insurance Czar.

Upon retirement, Frank fully enjoyed all his hobbies, which included going to UCLA basketball games, Dodger games, golfing, gardening, walks around the neighborhood and going to his grandchildren's soccer games. Frank loved meeting new people and was always ready with a joke or a good story. He was beloved and admired by all who knew him, including his former work associates, his neighbors, his close friends, fellow parishioners at St. Bernardines Church, his children's friends, his grandkids' soccer teams, and most of all, his loving family.

Frank was predeceased by his loving wife of 49 years, Trish.

The family wishes to thank the doctors, nurses and caregivers for the loving care Frank received while at West Hills Hospital. The family will have a private memorial Mass and service.