Even though all St. Patrick's Day festivities were canceled, the Original, adorned with a shamrock, remained lit. 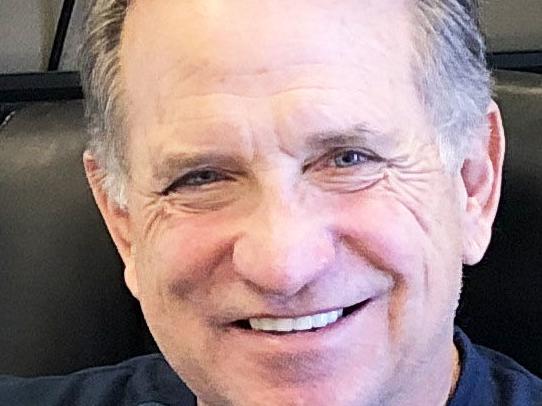 We live in unprecedented times, so add this to the record book: There were no arrests in Butte on St. Patrick’s Day.

So folks, that means no one was caught driving under the influence, no one underage was charged with being a minor in possession, there were no fights that led to arrests, and as for disorderly conducts — zilch on that one, too.

The lack of arrests is a first for Skuletich, who has been in law enforcement for the past 35 years.

Looking back on the last 10 years of St. Patrick’s Day celebrations, he’s right.

The Irish holiday was celebrated mid-week in 2010, so the crowd was smaller. Even so, 40 people were arrested for disorderly conduct or urinating in public. Also, there were 30 MIP tickets handed out. As for DUIs, six people were jailed for that offense.

The 2011 Montana Standard reported “fewer shenanigans,” with 37 arrests, including 10 people being charged with driving under the influence.

Large crowds descended on Uptown Butte in 2012, as the holiday was celebrated on a weekend. During the two-day celebration, 52 people were arrested on disorderly conduct charges, along with 17 MIP offenses. Surprisingly, only five people went to jail on a DUI charge.

Cold and snow was prevalent the next year, but still, 17 people were caught driving under the influence, along with more than 50 other arrests.

It was a windy Monday in 2014, and the temperature was not too warm either. Some people elected to stay home, but others did not. There were 64 arrests during the three-day weekend, most for disorderly and the like, along with 12 DUI arrests.

Five years ago, there were only 34 arrests and police were “giving kudos to the public for being well-behaved.” Still, 34 people were arrested, including 12 for disorderly conduct and two for DUI.

It was a Thursday in 2016 and with around 24 police officers on patrol, 22 arrests were made, including seven DUIs.

Dispatch got 135 calls in 2017. The holiday was celebrated on a Friday, but surprisingly only 27 arrests, with included 11 disorderly conducts and seven DUIs.

Nearly everyone was on their best behavior in 2018, accept the 23 arrested which included seven caught driving drunk.

Finally, last year, revelers were described as “pretty mellow.” Perhaps it was because the holiday was celebrated on a Sunday. For the weekend, there were 46 arrests, including six DUI offenders.

“It’s going to be awhile before things get back to normal,” he said.

Even though all St. Patrick's Day festivities were canceled, the Original, adorned with a shamrock, remained lit.