A dump truck hauls a load of "dirty dirt" to a dump site along Highway 1 between Anaconda and Opportunity  after excavating a yard in downtown Anaconda in this file photo from July 2019. 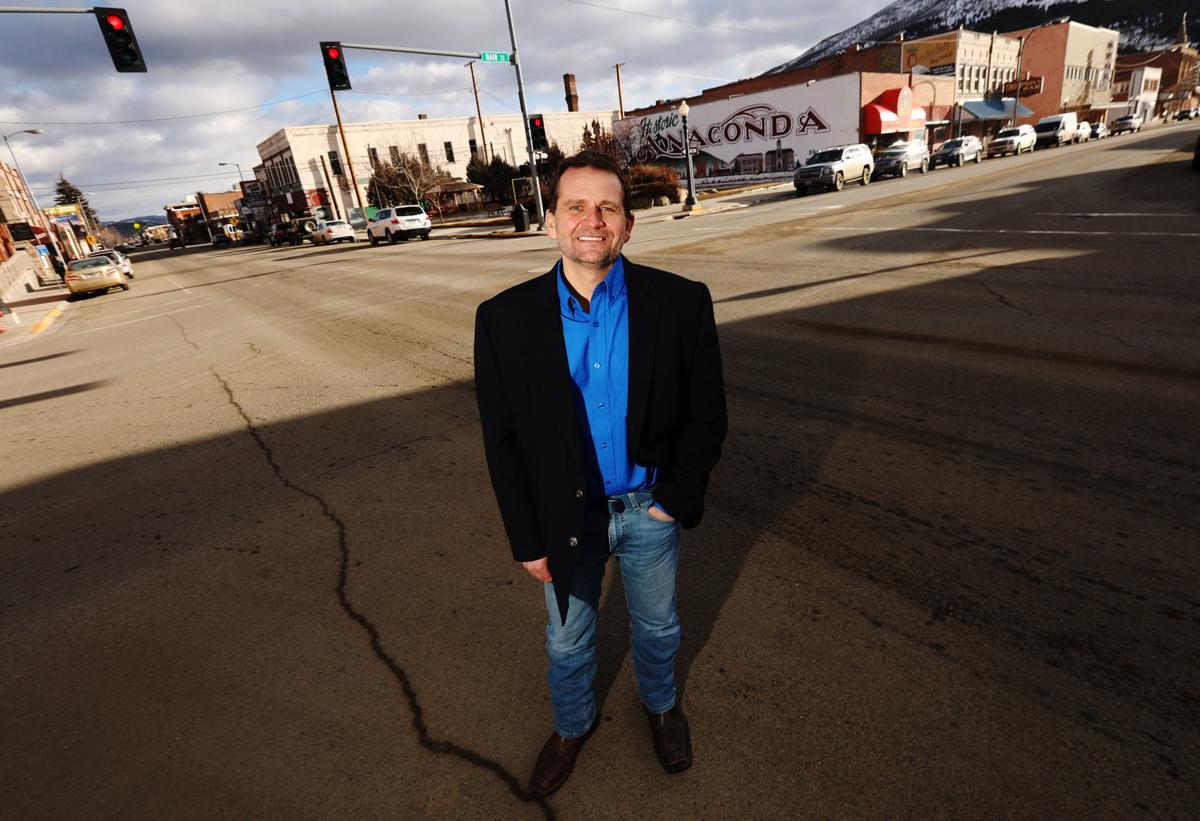 The wide-ranging agreement, which must be approved by the County Commission, includes major improvements to public health and safety and at least $28.765 million in community development funding over the next 25 years, some $9 million of which would be paid within the first year of the agreement.

Among the agreement's public health provisions:

"Our attics are repositories of airborne contaminants," Everett said. "The levels of lead and arsenic in our attics are not acceptable and they are not healthy. This affects residents let alone the workforce members whose jobs take them into attics — electricians, plumbers, cable installers, construction workers," Everett said. "We know that attics are not impermeable and contaminants can filter into household living spaces."

Seven new full-time county employees will be funded by Atlantic Richfield for the program.

"But under this agreement, if a single 'hot spot' is found in a yard, it will be cleaned up," he said.

The agreement also funds a significant Institutional Controls infrastructure, so the county can ensure that safety is maintained with the "waste in place" aspects of the cleanup. It provides $250,000 for construction of a building to house the Institutional Controls staff, and that staff will include 4.5 new permanent county jobs funded by Atlantic Richfield.

Among other things, the Institutional Controls staff will make sure that if dirt must be moved within the community, it will assist in making sure it is done safely. If a dig surfaces highly contaminated soils, the staff will aid in replacing that soil with clean soil. Also, the staff will work to increase public awareness and education about the remediated areas.

The agreement will also mean that regardless of whether or not people have already had their wells sampled, they have the ability to have them tested (or retested). While Atlantic Richfield will continue to run the domestic well program, the county will get $500,000, to be put in an interest-bearing account, to either replace wells or provide bottled water in situations where a well might show levels of contaminants too high to be removed with a standard reverse osmosis system, which Atlantic Richfield does provide.

Also in the area of health and safety, the agreement provides free blood-lead monitoring for anyone who requests it. If higher levels are found, the program will do everything possible to identify and remove the source of the contamination. "We'll track it down and fix it," Everett said.

In the area of economic development, "Right off the bat we get $3 million within the first four months," Everett said. "Much of that is earmarked to assist in the development of a $10 million hotel complex in Anaconda. We'll have more details about that within the next couple of weeks."

Also an immediate payment on execution of the agreement would be $5.5 million to retire the county's debt on its new wastewater treatment plant. "Retiring those bonds early will allow us to reduce wastewater fees for everyone hooked up to the sewer system by $100 per year," Everett said.

In addition, for the first 12 years of the agreement, Atlantic Richfield would pay $1 million a year into an economic development fund. For each of the 12 years after that, the company would pay $750,000 a year in to the fund.

"A committee will be established to determine how to disburse those funds for economic development," Everett said. "The money will help to entice businesses to come to Anaconda, or to expand here."

In addition, the county will assume ownership of the 110-acre Triangle Industrial Park. Everett said the site already has water, sewer, electricity and natural gas. "Getting that park complete with the infrastructure will help us attract new businesses," Everett said.

"This agreement is not a cure-all for Anaconda," Everett said. "But it will put us on a level playing field. It protects our citizens And it gives us an economic stimulus package that will help us get to where we want to be."

Everett said he is eager for community input, and five meetings have been scheduled over the next two weeks. The proposed agreement is posted on the Anaconda-Deer Lodge County website at https://www.adlc.us/CivicAlerts.aspx?AID=36

After the community input period, the County Commission will vote whether or not to authorize Everett to sign the agreement and forward it to the federal court where the Superfund lawsuit is playing out.

The agreement is the second main component of a proposed Anaconda consent decree to be announced. It follows agreement on a proposed settlement between the parties relating to the Old Works Golf Course, announced last August. In that agreement, Atlantic Richfield agreed to pay for operations of the course for 25 years; to forgive a $1.2 million debt incurred by the county to Atlantic Richfield on the course; and to pay another $2 million in capital improvements for the course.

“This agreement will provide many things for the county,’’ Grayson added.

Chief Executive Bill Everett said “I think we approached all points to the best of our abilities.’’

He added that no date has yet been set for the commission to sign off on it. “When the time is right we’ll present it to the commission," Everett said.

Discussion afterward reflected the importance of the agreement in the community.

Anaconda resident Blake Hempstead had this to say: “At first there was a lot of divisiveness....Speaking on behalf of the school board..We want to promote that [Memorial Gymnasium] and use it year round and use if for as many tournaments as we can.’’

“The hotel will benefit the use of the new gym,’’ Hempstead added.

Rose Nyman, 91, gave public comment. But after the meeting said  “I want us to learn from past mistakes.’’  When they closed the smelter, “they made an economic development settlement but there’s been nothing to show from that.’’

Nyman said she thinks the committee overseeing the $9 million economic development trust funds is going to be very important.

Mike Huotte, vice chairman, said “This is probably one of the most important things we discuss as a commission … I would encourage you all to attend public meetings.’’

Council chairman Kevin Hart said the ICs agreement 2016 was flawed and that this agreement was much better. At the end of the discussion, Hart pointed out that Grayson was "the most outspoken" member of the community.

"I think it was important for [Grayson] to be on the negotiating team...I think he was the voice of the people," Hart added. "I think it’s important to note that the smelter closed 40 years ago and we’re still sitting here fighting over what we're going to do about it. Now we have a plan.’’

Woo chose America and a man from Butte

When Kennedy Elementary School fifth-graders Toni and Bailey Jellison need to get to the doctor or therapy appointments, Cindy Kessel doesn’t …

Twelve students are candidates for royalty at the 2021 Butte High Senior Coronation on Wednesday, Nov. 24,  at the Copper King Inn.

A highly successful musical theater performer and opera singer, Olds has performed on the Broadway stage, as well as at Carnegie Hall and the Lincoln Center.

The family of a former prosecution services bureau chief for the state Department of Justice has created an endowed scholarship fund in his honor to help a student at the University of Montana Alexander Blewett III School of Law.

A dump truck hauls a load of "dirty dirt" to a dump site along Highway 1 between Anaconda and Opportunity  after excavating a yard in downtown Anaconda in this file photo from July 2019.