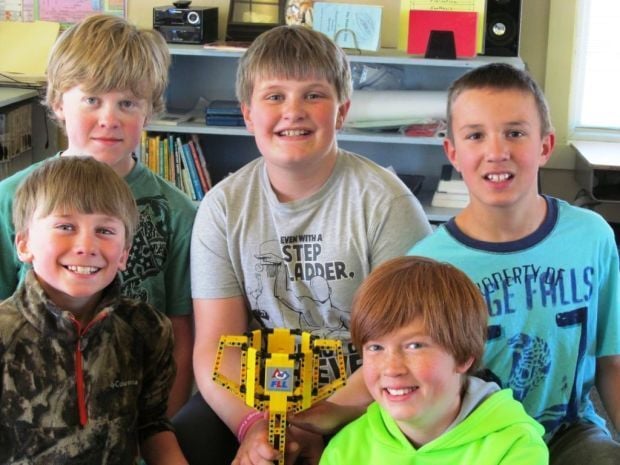 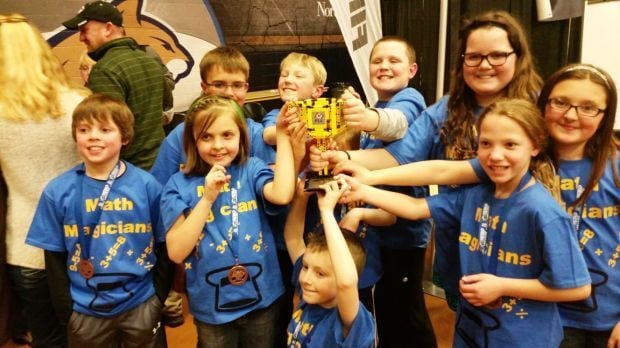 Silver Bow Montessori School and Margaret Leary Elementary Legos Robotics students have their act together in a Legos sort of way.

In a recent statewide First Legos League competition at Montana State University in Bozeman, both teams brought home a first-place trophy in at least one category.

As part of their award-winning presentation, the Building Joes built a house model, organized educational classes and brochures and wrote a song about green homes.

Their project mission: how to find more innovative ways to help someone learn.

Teams also designed and built a robot and then programmed their robot to complete missions on a playing field.

Luoma is especially proud of the Math Magicians’ teamwork award, as teamwork is a key league core value and a comprehensive honor covering several categories.

“That’s the great thing about robotics,” said Luoma: “It’s not judged just on one thing; it’s judged on many things.”

Blow said the competition was divided into three parts: demonstrating Legos core values; creating and completing a project mission; and building a robot and completing specific missions with that robot.

Luoma, a reading coach, was inspired by her own children. A $920 Butte Education Foundation grant to Margaret Leary helped form the robotics team, too, she said.

“As a parent , I started the club at Hillcrest eight years ago so my girls could do it,” said Luoma.”Then I started it at Margaret Leary.”

While the local teams fared well in their respective categories, the Building Joes placed 22nd out of 59 teams in the robot competition, the final contest. Lego Robo Bros of St. Andrew High School in Helena won first place overall.

“There’s a lot of problem-solving in that,” added Luoma, who volunteers  “to give my own kids the opportunity because it’s such a great program.”

“Our team had never done that before, so I think 20th place is incredible,” added Coach Luoma.

‘Standing parade’ a first for St. Patrick's Day in Butte

Matt Boyle of the Butte America Foundation is bound and determined that Butte will have some kind of St. Patrick’s Day parade this year.

Gallagher cites letter in kicking member off preservation board

Butte-Silver Bow’s chief executive has removed a retired engineering professor from the Historic Preservation Commission, saying a letter he s…

Update: One woman dies, another injured in fire on Walnut Street

Another Butte business robbed at gunpoint

The Serenity Casino at 2280 Amherst Ave. was robbed at gunpoint at around 12:30 a.m. Wednesday.

Man gets 35 years for kidnapping, raping ex-wife in Butte

A Butte man with six prior drunken-driving convictions pleaded not guilty to another felony DUI charge Wednesday.