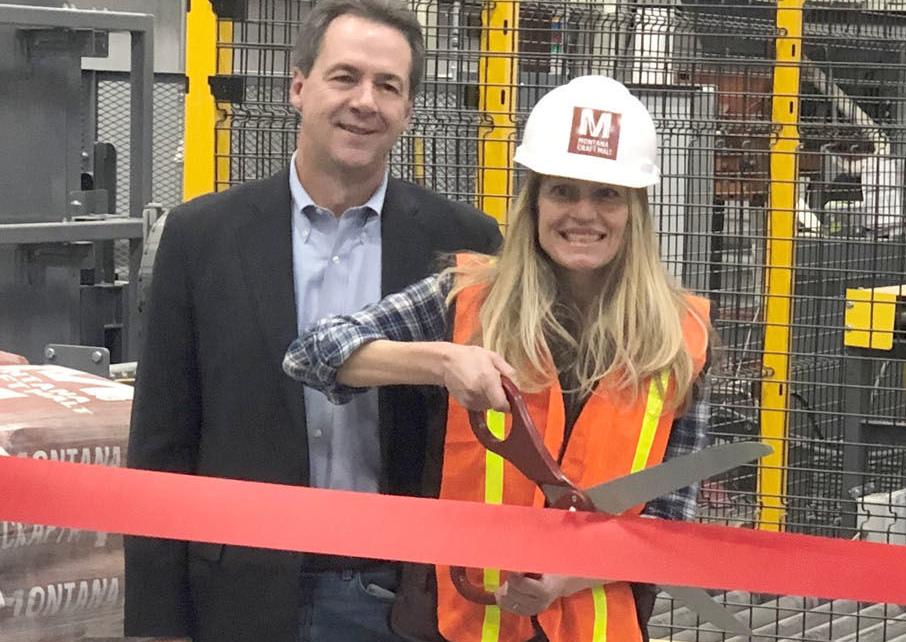 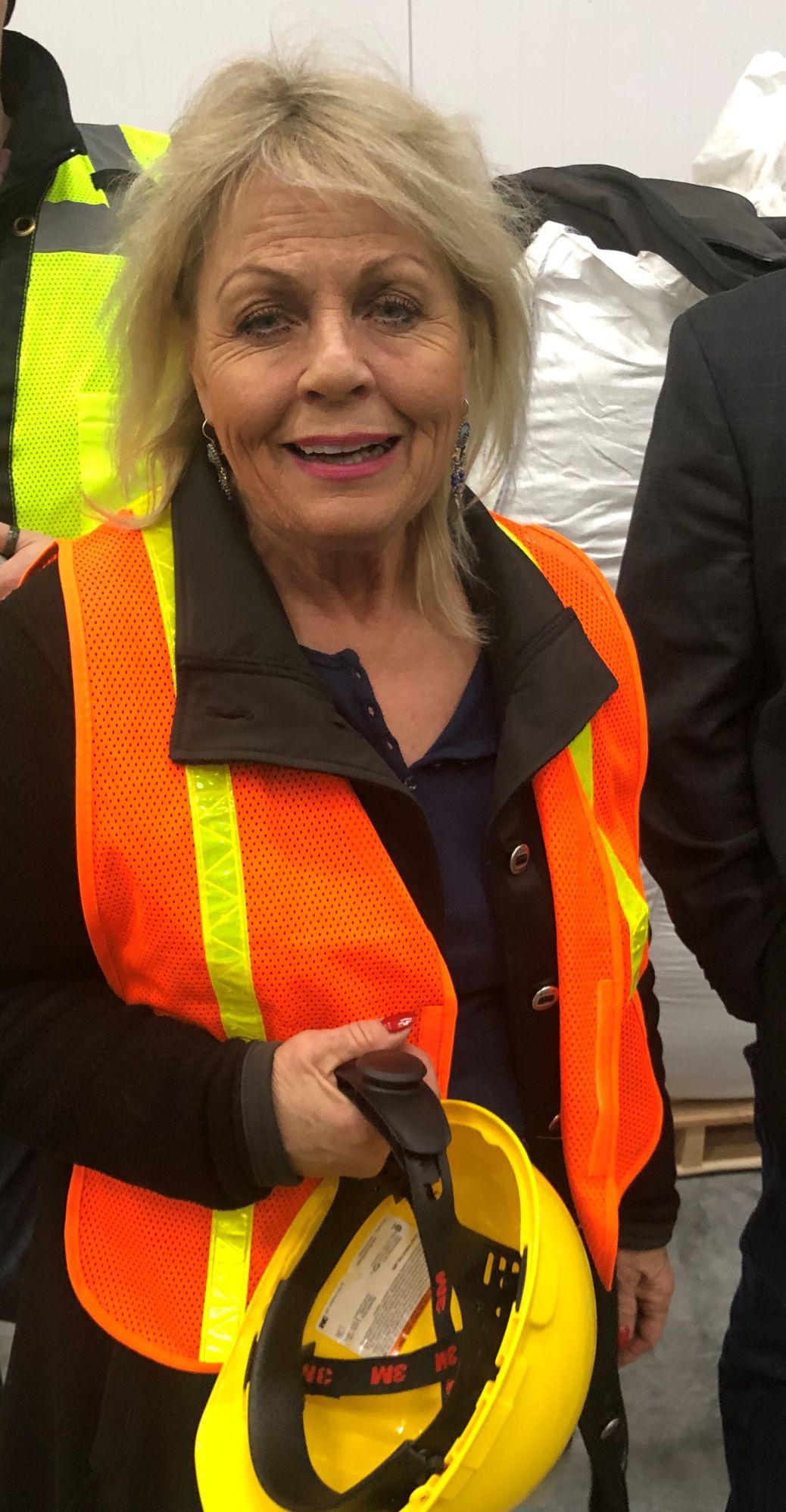 Ron Ueland's name wasn't on the guest list Thursday at the ribbon-cutting for the $15 million Montana Craft Malt plant in Butte's  business park, but it was on everyone's lips — and his spirit was definitely in every square foot of the impressive new plant.

Nobody felt it more than the new company's CEO, Jennifer O'Brien.

Ueland was her father. And she said that when he died unexpectedly in May of 2018, just three weeks after ground was broken on the plant, "the silence was deafening."

The plant had been Ueland's vision and his project from the start.

As business visions go, this one was audacious. "Building something like this is complicated," O'Brien said. "There's nothing like it in terms of size and capability.

"Most wouldn't bite off something like this," she said. "But my dad liked big scary things, and he executed on them well."

The ensuing year and a half, she added, "has been extraordinary, over every bend," and she added that while it was overwhelming at times,  "people came out of the woodwork" to help — with problem-solving, with ideas, with support of all kinds.

Now, she said, "We're executing a hairpin turn — into full production next week."

The strength of the concept, it turns out, was unassailable. Montana growers produce some of the best barley in the world. And the craft-beer industry, growing at an astonishing rate, demands heirloom and boutique barley varieties to differentiate their products.

"It's no secret that Montana's craft beer industry is thriving," said Gov. Steve Bullock at the ribbon-cutting, "and the state's growers continue to produce some of the highest-quality grain in the world. The Montana Craft Malt facility will capitalize on both strengths to help the state's breweries deliver products that are made in Montana from seed to pint glass."

There is also a significant international market for malt made from Montana barley, and the plant "will elevate a Montana-grown product to an international level," Bullock said.

Bullock credited "the Butte spirit," saying that in Butte, "Anything seemingly impossible is not only probable, but actually gets accomplished."

Other leaders present were equally effusive.

"This project is economic development as good as it gets," said Butte Local Development Corp. director Joe Willauer.

Todd Tregidga, a Montana Tech assistant professor in business and information technology and chairman of the Tax Increment Finance District board that helps to administer the business park, said, "It's hard to imagine a better project. Take a Montana-made product, add value, add jobs, and feed a thriving industry."

Dave Palmer, Butte-Silver Bow chief executive, clearly felt the same way. "This is what Butte is striving for," he said. "It's a great day for Butte."

O'Brien thanked many for their contributions that led up to the opening.

"I have a smart, supportive board and advisers who got us quickly back on track" after Ueland's passing, she said, "And here we are! The impossible became possible."

She mentioned several people individually, including Kristen Rosa, the county's economic development director and administrator of the TIFID; Tom Walker from Montana State University, whom O'Brien referred to as my "startup therapist;" Willauer and Julie Jaksha from the BLDC; and Dick Anderson, whose construction company built the plant.

O'Brien introduced Tara Rice, director of the state Department of Commerce, who said it was "wonderful to get to share this day." She said the plant is "important to the Butte economy and important to the Montana economy."

A key market analysis by the Research and Information Services Bureau at the Montana Department of Commerce in 2014 helped inform Ueland's vision, and Rice said "too often great work like that sits on a shelf." But, she said, in this instance, "the Montana Craft Malt team made sure it didn't." She added, "If it were easy it would be happening everywhere. It isn't."

The Commerce Department followed up with its technical assistance grant program to help turn the idea in to reality.

Rice said it was thrilling to "be at the leading edge of this kind of innovation."

Bullock said that one of the things that pleases him most about the project is that it is an "example of the public and private sectors working together to get something done." He said that in his seven years in office, "this project more than any other has been supported by almost every state agency."

He added that the project started with "the vision, tenacity and extraordinary passion of one man," but that Ueland "would be extremely proud of his family, this facility, and all the hard work that has already been done here. ... This is what we can achieve in Montana when we work together and we dare to think big."