Become a Member
Read Today's E-edition
Share This
Mining City History: When Omar Bradley led a raid on a newspaper in Butte
0 Comments
Share this

Methodists were second only to Catholics in number in early Butte, and by 1900 there were nine Methodist (or Methodist Episcopal, as they were called at the time) churches in Butte. Both Mountain View at Montana and Quartz and St. Paul’s at Idaho and Galena contain stained glass that was likely manufactured by the Butte Art Stained Glass Works in the 300 block of South Main. Both are in the same style.

Noted architect William White designed St. Paul’s church. It cost $10,000 in 1899, including a steeple (since removed) above the entry. Architect White was in partnership with A. Werner Lignell in 1900; their offices were in the Silver Bow Block (the old one, where the parking lot stands today just west of Main on Granite Street). In 1901 White’s independent office was in the Bee Hive Building on East Broadway (part of the old NorthWestern Energy buildings today) and he was living at 1035 Caledonia.

By 1918, the church was owned by mortician (and later Silver Bow sheriff) Larry Duggan, a sympathizer with the incendiary Industrial Workers of the World (IWW). The building then housed the Butte Daily Bulletin (later known as the Butte Strike Bulletin), a radical newspaper voicing policies of the anti-Anaconda Nonpartisan League and published by William F. Dunne. On September 13, 1918, local police and federal troops under Major Omar N. Bradley raided the Bulletin, arresting 24, men including Dunne, and thwarting a miners strike. The Finlander Hall on North Wyoming (north of the Motel 6 today) was another IWW stronghold that was raided that night.

Omar Bradley had been posted to Butte earlier in 1918 to keep the peace in the ongoing labor unrest. It’s unlikely that Bradley was happy to be here; he wanted to be in Europe fighting the Great War. His first child was stillborn in Butte, and even when he was promoted and sent toward the war soon after the raid on the Butte Strike Bulletin, he only made it as far east as Iowa. The great influenza epidemic took hold in October 1918, and the war ended in November, so Bradley had to wait more than two decades before rising to become Eisenhower’s second in command in the European Theater of World War II.

Bill Dunne was elected to the Montana Legislature in November 1918 while awaiting trial for sedition for the editorial content of the Butte Bulletin (he was convicted). He went on to become a founding member of the American Communist Party and editor of its newspaper, the Daily Worker, but he was expelled from the party in 1946 for being too left-wing, even for the communists.

In later years, Larry Duggan operated his mortuary in the former St. Paul’s church, and more recently Beverly Hayes ran a bridal shop in the building. The owner today, Bob Baide, is slowly restoring it. Stained glass artist Nicole Von Gaza-Reavis is donating $20,000 in volunteer repair efforts for the windows, supported partially by a $5,000 grant from the Montana History Foundation and work by students from Highlands College.

Local historian Dick Gibson has lived in Butte since 2003 and serves as a tour guide for Old Butte Historical Adventures and a trolley-tour driver for the Butte Chamber of Commerce. He's active with the Mai Wah Museum and Butte Labor History Center and can be reached at rigibson@earthlink.net.

Employees of the FCR call center in the Butte Plaza Mall are all working from home due to the omicron surge. A sign on the front door states “the site will no longer be staffed as all colleagues are moved to remote work,” effective Jan. 7.

Butte-Silver Bow Police Officer Benjamin Russell Rauch, 46, has posted bond in the amount of $50,000 after appearing in Justice of the Peace B…

Remembering our LITTLE ANGEL BERKLEY BOOTH on her 11th anniversary in heaven. Not a day goes by that we don’t think of you. We love and miss y… 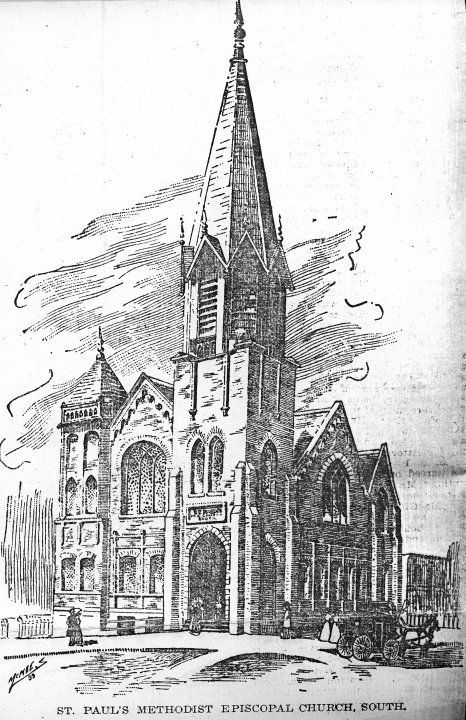 St. Paul's Methodist Episcopal Church in Butte was the site of Omar Bradley's 1918 Butte Daily Bulletin raid. This sketch is from the Butte Miner, Dec. 17, 1905.