On Feb. 6, 1903, Butte residents opened their Anaconda Standard to read a lavishly illustrated report of a lurid killing. The Standard’s five-column front-page story began, “One woman's infidelity to her husband, the jealous hatred of another married woman for the unfaithful one and the rage of a wronged husband seeking to avenge the destruction of his domestic felicity are the three principal factors in one of the most tragic murders Butte has known for a long time.”

Thirty-five-year-old Emery Chevrier owned and operated a popular barber shop at 90 E. Park on the southwest corner with Wyoming — and he was evidently quite the ladies’ man. In February 1903, at least three women — all married — were the objects of his affections. Mrs. Brooks was the latest, but all three had met Chevrier at a dance at the Scandia Hall on South Main the night of Feb. 5. Chevrier and the three women walked up Main Street after the dance and dined together at the Chesapeake Restaurant on West Park at about 2:30 a.m.

Chevrier and Bertha Brooks went to his room at the Maule Block, and the other women left. It appears that one of them, Mrs. John O’Reilly, mother of four, was jealous of Mrs. Brooks and went to the Casino Theater on Galena Street where Walter Brooks worked as a bartender. She informed him of his wife’s behavior and brought him to the Maule Block, where Brooks burst into Chevrier’s room, found Chevrier with his wife, and shot him once. The victim fled, but Brooks shot him a second time on the stairway landing, where he died.

Brooks admitted the shooting but pleaded self-defense, an accidental discharge of the gun during a struggle. The women were also arrested but were released over the next few days. The trial in March 1903 led to Brooks’s conviction for manslaughter after the jury deliberated for 21 hours.

The site of the murder, the Maule Block, was a three-story lodging house at 78-80 W. Park. Symons Department Store owned the building and occupied the first floor, and a tin shop opened on the alley behind #78. Furnished rooms filled the upper floors.

The Maule was erected about 1889 to replace the Warfield & Gwin Livery and Feed Stable that burned in 1888. Academy Street (later Dakota) was pushed through from Park to Galena after 1891, leaving two one-story stores at the corner west of the Maule and across from the Renhsaw Hall (Terminal Meat Market). The Maule had paired half-round turrets on the bay-fronted Park Street façade decorated with a 2-foot parapet above the cornice. A sidewalk-level entrance in the middle led to the rooms upstairs, and a secondary external stair stood on the west side.

The building was destroyed in a huge fire Sept. 24, 1905. When Symons rebuilt in 1906, the new building was called the Phoenix Block, which still stands today on the site of the Maule, York, and other buildings.

After being robbed at gunpoint while working in a casino in Butte in 2007, Mining City resident Sharon Wilson was left with wounds that lasted…

Weston Solutions Inc. has expanded its Montana operations to Butte in the Thornton Building.

Adding 7 million gallons of water to Silver Bow Creek from the Yankee Doodle Tailings Pond is only good news for the creek, various experts sa…

Joshua "Teague" Rutherford remembers feeling the drill in his mouth as the dentist worked on his tooth.

No food, lodging at Glacier's Sperry complex this summer

KALISPELL — Hikers heading to the Sperry Chalet area in Glacier National Park this summer won’t find the popular fresh-baked cookies and ice-cold lemonade at their destination, and chances are visitors will be camping rather than staying in a backcountry dormitory for at least the next two years.

LAS VEGAS — The incoming bishop for the Catholic church in Las Vegas says supporting immigrants and advocating for gun control will be among his top priorities.

Pat Dudley and Ray Rogers have been close friends going on 20 years now, but they had a head start. 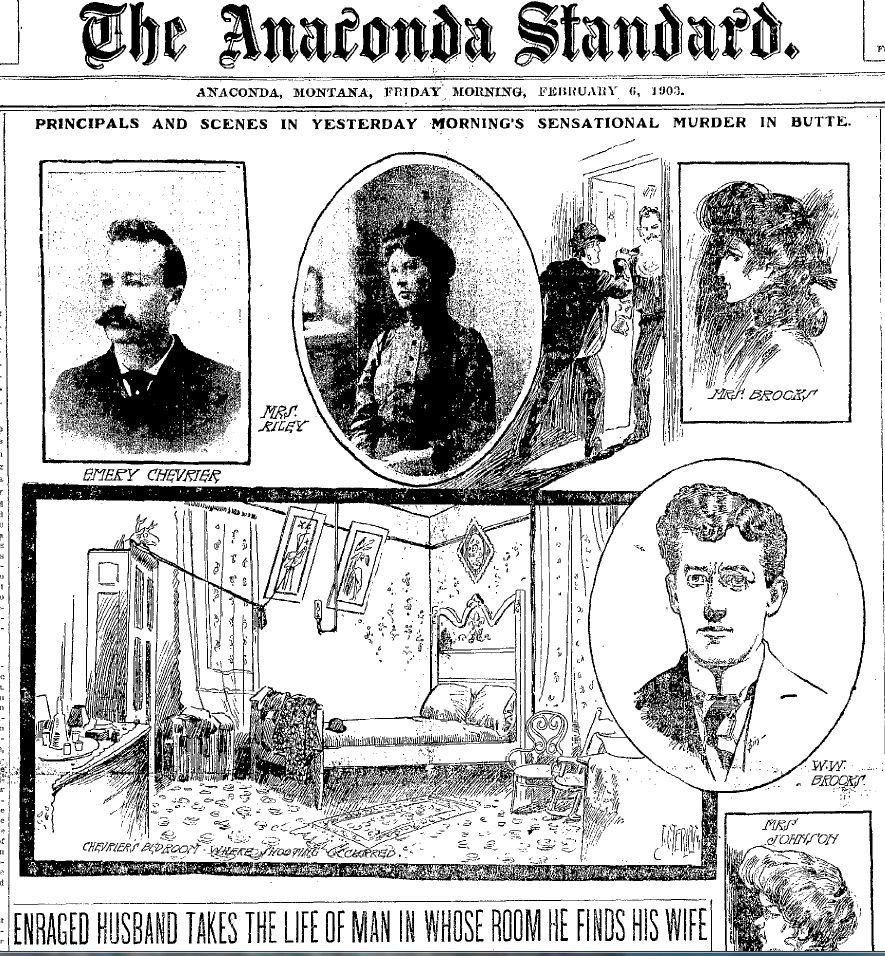 The 1903 murder was presented almost as a mystery drama in The Anaconda Standard.