The Anaconda Standard called Elizabeth Gurley Flynn “the Joan of Arc of industrial unionism” during her week-long series of speeches in Butte in June 1909. The “girl orator” was 18 years old.

Flynn was already a full-time organizer for the Industrial Workers of the World and had given her first public speech at age 15 on "What Socialism Will Do for Women," at New York’s Harlem Socialist Club. In Butte, Flynn was the featured speaker at a gathering following the 1909 Miners’ Union Day parade, one of the largest in Butte’s history to that point, with estimates of 30,000 people participating and watching.

In her two-hour address at the Broadway Theater, Flynn spoke of “the workers of the world being an enslaved class,” a persistent theme from the IWW. She bemoaned the observation that “a handful of 25 men controls the destinies of 80,000,000 people.”

Over the following week, Flynn spoke to the meetings of the Miners’ Union and the Stationary Engineers and to public gatherings at the Opera House and Library Auditorium, both on Broadway Street. Her final address was to the Butte Workingmen’s Union, organized as the first union, but by 1909 it was evolving into an umbrella organization for all unions in Butte. At the Library Auditorium, Flynn told her enthusiastic audience that “The laboring man of today … is owned by the trusts and giant corporations.”

Flynn found Butte a “gutted landscape permanently scarred and defaced by the ravages of the mines,” but in her autobiography recalled that in Butte she had been given “a beautiful gold locket with a replica of a miner’s sifting pan, with nuggets, pick and shovel around it, reminiscent of the early days when gold mining predominated. It is one of my most precious possessions.”

The fall and winter of 1909 saw Flynn in Spokane together with other IWW organizers where they were arrested as part of the Fair Speech Fight. Her first arrest came in Spokane after she chained herself to a lamppost. She berated the Spokane jail as a front for a brothel so that officials in Spokane tried to destroy all copies of the IWW magazine, the Industrial Worker, in which her accusations were reported. She also participated in the Missoula Free Speech Fight with Frank Little.

Elizabeth Gurley Flynn was a founding member of the American Civil Liberties Union in 1920, eleven years after her first speeches in Butte. The ACLU removed her from their board after she was elected to the National Committee of the American Communist Party. She continued her activism throughout her life and died in 1964, three years after she became national chairwoman of the Communist Party of the United States.

In the midst of one of the biggest “outta sight, outta mind” places in Butte-Silver Bow County, there’s a deep, $2 million hole that’s impossi… 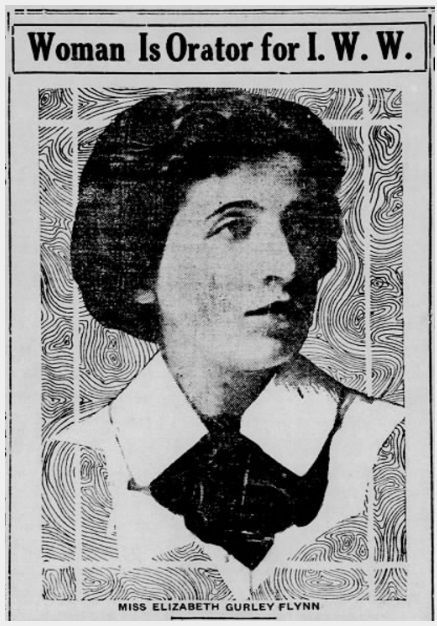