When Eugene V. Debs first visited Butte on February 8, 1897, he was already a prominent labor union activist. He was a founder of the American Railway Union and was involved in the nationwide Pullman Strike in 1894.

His speech in Butte to “the largest audience that ever packed” the Opera House on Broadway Street (where the Leggat Hotel stands today) focused on his message of class struggle between workers and capitalistic owners.

“The men who work the hardest have the least to show for it. Those who work the least have all the wealth. Wall Street rules the American continent,” he said.

It was a common theme in the growing socialist movement. In his Butte speech, Debs also emphatically indicated his support for votes for women. Both the Anaconda Standard and the Butte Miner published the full text of Debs’ speech.

Later in 1897, Debs founded the Social Democratic Party of America, which evolved by 1901 into the Socialist Party of America. Debs’ first run for President of the United States came in 1900, when he came in fourth with 0.6 percent of the vote. He continued to run for President in the next four elections. In his final run in 1920 he garnered more than 913,000 votes even though he was in federal prison for sedition at the time.

Debs’ second visit to Butte, June 16, 1902, kicked off an extensive speaking tour of the Northwest. He spoke for two hours to an excited and friendly standing-room-only crowd at the library Auditorium at Broadway and Dakota Streets. He shocked his listeners by declaring, “There is not an honest businessman in Butte,” adding that it was because the system in which they operated was dishonest. His 1902 Butte speech was reprinted for distribution under the title “We Must Gain Possession of the Tools of Trade.”

Three years after his second trip to Butte, Debs was in Chicago helping found the Industrial Workers of the World. But by 1911, a rift was developing between more radical elements in the IWW led by Bill Haywood and the more traditional Socialist Party led by Debs. The rift helped drive membership and the overall popularity of the Socialist movement downward. In Butte, where many Socialists, including Mayor Louis Duncan, were elected in the early to middle 1910s, Socialism as a political force was largely dead by 1920 while the power and control of the Anaconda Company soared. 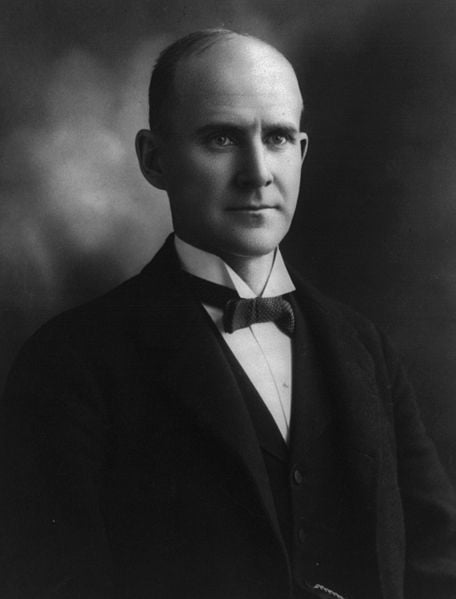