Freemasonry probably started as a craft guild for stonemasons in 13th century Europe, but when the Grand Lodge of England was established in 1717, it had evolved from labor organizations to a more religious, somewhat secretive fraternal organization steeped in ritual. Lodges were established in Canada and the United States in the early 1700s.

Montana’s first Masonic lodges were formed in Nevada City, Virginia City, and Helena in the 1860s. Butte’s first lodge, Montana’s 22nd, was chartered October 3, 1876, when Butte’s population was probably less than 2,000, but the silver boom was well underway.

As Butte grew, five more Lodges were established, including Mt. Moriah Lodge in 1880 and Walkerville’s Monitor Lodge in 1887. By 1900, at least 13 lodges, councils, chapters, and women’s auxiliaries met in Butte, including the Silver City Lodge, established for African American Masons. The 1900 Butte Lodge was led by Worshipful Master James O. Rutledge, an engineer for the Butte Street Electric Railway Company who lived at 128 East Park. The largest women’s Masonic group, the Ruth Chapter of the Order of the Eastern Star, was led by Kate Hogsett, whose husband Osbert was also a worker on the Electric Railway. The Hogsetts lived at 931 Utah. Samuel Jones, a porter at the Silver Bow National Bank, ran the Silver City Lodge and lived at 18 West Copper Street.

By the early 20th century Masons boasted more than 500 members in Butte, but as the population declined together with the popularity of fraternal organizations, most lodges consolidated into the main Butte lodge.

In 1884 the Masons met on the second floor above a saloon, variety store, and ice cream parlor at 20 West Park Street. The address changed over time to 37-39 and 29-31 West Park, but that building survived the 1950 fire that destroyed the American Theater next door, and the old Masonic Hall was used as a dance hall into the late 1950s, but it is gone today.

The Masons were thriving enough that in 1902 they completed a new Temple in the 300 block of West Park Street, which still serves the organization today. The new temple was designed by architects Link and Carter, predecessor to Link and Haire, architects for the Silver Bow County Court House and many other buildings in Butte and across Montana.

Continued success allowed the Masons to add an auditorium annex west of the Temple in 1924, but together with the Finlen and Elks Lodge, the auditorium was one of the last grand buildings erected in Butte. The precipitous loss of population following the boom of World War I largely ended major construction in Butte. Within ten years, the Masons converted the auditorium to a theater, known over time as the Temple Theater and Fox Theater. In the 1980s, the Masons donated the theater to the city of Butte, which now leases it to a non-profit organization managing it as the Mother Lode Theater.

The meeting ended before it began.

For Les Castren the parcel size mattered less than the fundamental principle he felt should prevail.

A handful of people living in the area of Central Butte addressed the Butte-Silver Bow Council of Commissioners Wednesday night. 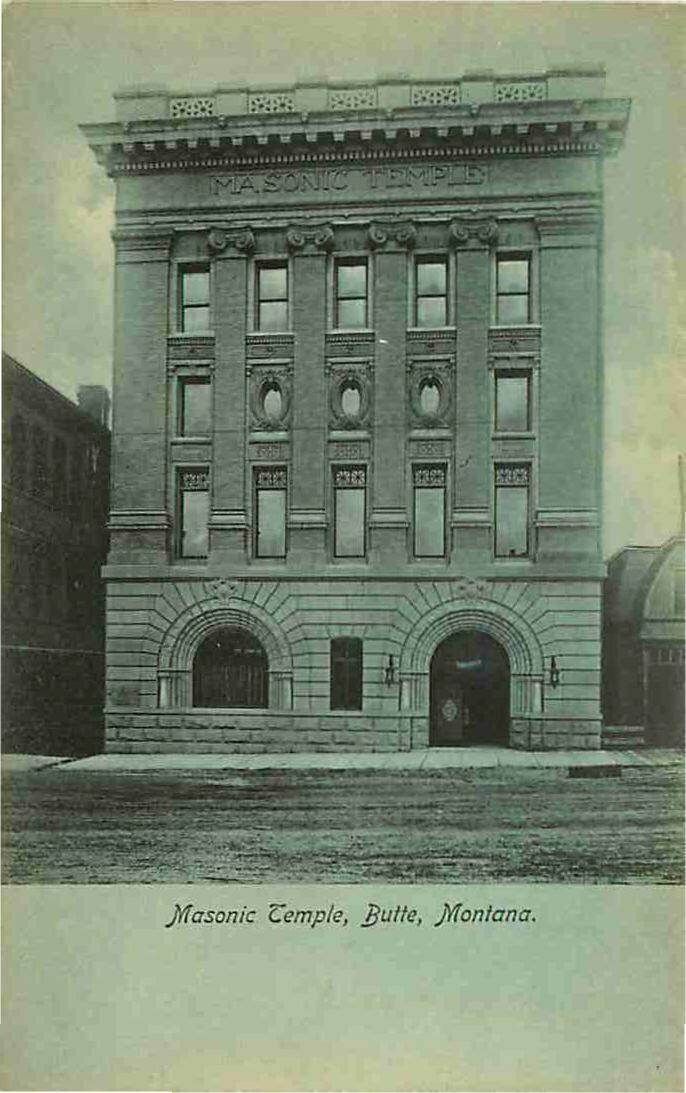