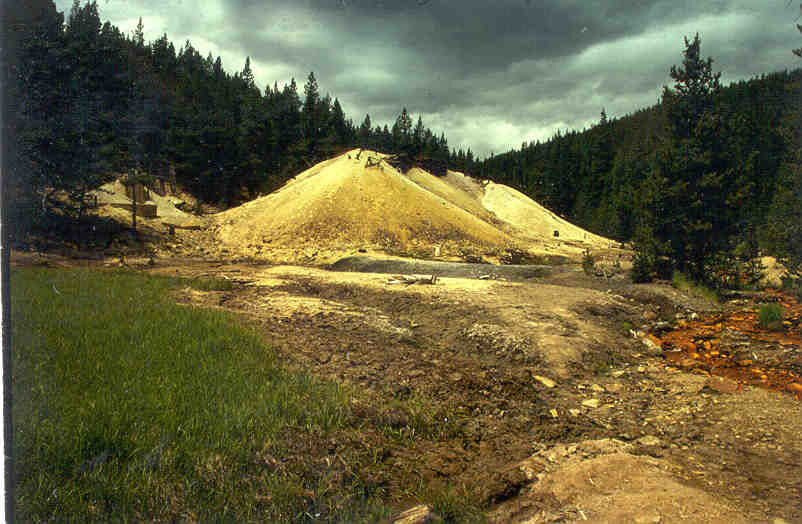 Tom Lee said he plans to process ore from hundreds of Montana gold mine dumps at a chloride-based leaching facility he hopes to establish in Anaconda. The dump in the photo is from a mine near Leadville, Colorado. 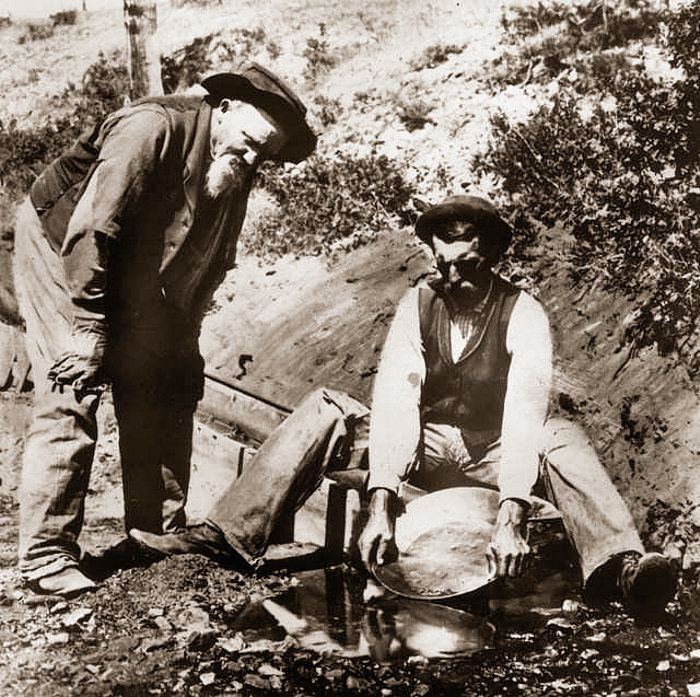 Tom Lee has said that he and Montana Gold Inc. have searched for more than 25 years for long-lost, forgotten 19th century gold mines in the remote mountains of western Montana. He now says he wants to establish an ore processing plant in Anaconda to leach gold from tailings from these mines. The prospectors pictured here were seeking gold in Nelson Gulch near Helena in circa 1860-70.

Tom Lee describes a long history focused on gold mining in Montana and, separately, ruby and sapphire mining in the vicinity of Dry Cottonwood Creek in Anaconda-Deer Lodge County.

In a recent news release that garnered news coverage in Nevada and elsewhere, Lee and Gold Extraction Inc., announced plans to establish a chloride-based gold ore leaching facility in Anaconda.

Yet Lee acknowledged Monday that Gold Extraction Inc., which he said is a “forming corporation in Delaware,” hasn’t acquired or leased property in Anaconda-Deer Lodge County, hasn’t consulted local officials and hasn’t obtained the permits it might need for gold ore processing.

Neither Bill Everett, chief executive of Anaconda-Deer Lodge County, nor Carl Hamming, planning director, had heard a peep from Lee about his plans as of Monday.

“This is news to us,” Hamming said in an email.

Lee, currently a Michigan resident, is the founder and president of Montana Gold Inc., incorporated in Delaware, according to a previous news release.

“The company will be processing ore from my approximately 400 Montana gold mine tailings dumps,” Lee said.

He said Monday he does not feel that the press release about his plans in Anaconda was issued prematurely. He said he has talked to the Montana Department of Environmental Quality about permits for the chloride-based gold ore leaching facility.

Lee said the press release was not intended to lure investors to Gold Extraction Inc.

“The principal purpose is to announce to the gold mining industry, and to the precious metals refineries, that our plans are formulated, and the leaching facility is being developed, and will be able to receive and process ore in 2022,” Lee said.

“They have been screaming at me to give them a projected time when it can receive ore,” he said. “Secondly, but no less importantly, I own millions of tons of tested, gold-bearing mine tailings that I want to monetize.”

Some research has suggested chloride could work as an environmentally friendly alternative to aggressive ore treatments like cyanide.

Moira Davin, a spokeswoman for DEQ, confirmed that Lee had contacted the agency via email in late October.

“We provided preliminary information about hard rock mining in Montana and suggested he schedule time to discuss the application process,” she said. “DEQ has not received an application nor correspondence with further details for this project. If we do receive an application, it will be reviewed in accordance with applicable environmental laws, which include public participation opportunities.”

Davin said Gold Extraction Inc. would need a Hard Rock Mine Operating Permit for any operation using metals leaching solvents or reagents. She said additional permit requirements and potential involvement of other state and federal agencies would be “dependent on the proposed location and the details of the operation.”

Davin said there are no chloride-based leaching facilities in Montana.

Lee said he lived in Montana during the 1980s, 1990s and early 2000s and will relocate to Anaconda once the project moves forward. He said he chose Anaconda for the ore processing facility “because it will be centrally accessible for ore shipments from mines in Montana and other western states.

“We are presently scouting property locations in Anaconda,” Lee said.

He said he plans also to resume mining at his ruby and sapphire mine in the vicinity of Dry Cottonwood Creek.

“I market more than half of my sapphire production in Asia, and in the Arab Emirates,” he said. “Yellow sapphires are particularly in demand in the Muslim world because they are featured in the Koran.”

Lee was friends with the late Marc Bielenberg, who was described as “Mr. Montana Sapphire” when he died in February 2011 because of his sapphire mines and promotion of Montana sapphires.

Lee wrote a tribute to Bielenberg after his death that ran on the website ruby-sapphire.com in March 2011.

“When he was 80 we spent two weeks on horseback in the mountains so he could show me all of his high-grade gold discoveries, so I could develop them after he was gone,” Lee wrote.

This week, he said Bielenberg’s daughter, Claudia Bielenberg, is aware of the proposed ore processing facility.

In an email Wednesday, Bielenberg said she feels there is a need for the type of facility proposed by Lee.

“I believe this facility/project is worthy of a serious evaluation as it would be a great, environmentally-safe business for Montana,” Bielenberg wrote.

She acknowledged, however, that she has neither technical nor scientific knowledge about how a chloride-based treatment facility works.

He claims to have tipped off the FBI to the location of Osama bin Laden’s compound in Pakistan years before the Navy SEAL raid in 2011. Lee said he had a contact in the intelligence community in Pakistan through Lee’s international gem business. Lee has said he believes he deserves the $25 million reward once offered for information leading to bin Laden’s capture or death.

He also claims to have once worked as an undercover intelligence asset of the United States for 10 years.

Lee has certainly played his cards close to the vest regionally when it comes to the gold ore processing facility in Anaconda.

“It is difficult at this time to accurately project a startup date, but realistically I hope that we are operational by next fall,” he said. “Setup and equipment installation will require at least half a year.

“I anticipate reaching out to local officials as soon as I have a handle on our federal and state permitting.”

He said he has not yet calculated the investment that will be required to launch the ore processing facility, but anticipates hiring 20 people, all locals, for full-time jobs.

Blinken, in Ukraine, calls on Putin to choose 'peaceful path' or face 'consequences'

Tom Lee said he plans to process ore from hundreds of Montana gold mine dumps at a chloride-based leaching facility he hopes to establish in Anaconda. The dump in the photo is from a mine near Leadville, Colorado.

Tom Lee has said that he and Montana Gold Inc. have searched for more than 25 years for long-lost, forgotten 19th century gold mines in the remote mountains of western Montana. He now says he wants to establish an ore processing plant in Anaconda to leach gold from tailings from these mines. The prospectors pictured here were seeking gold in Nelson Gulch near Helena in circa 1860-70.