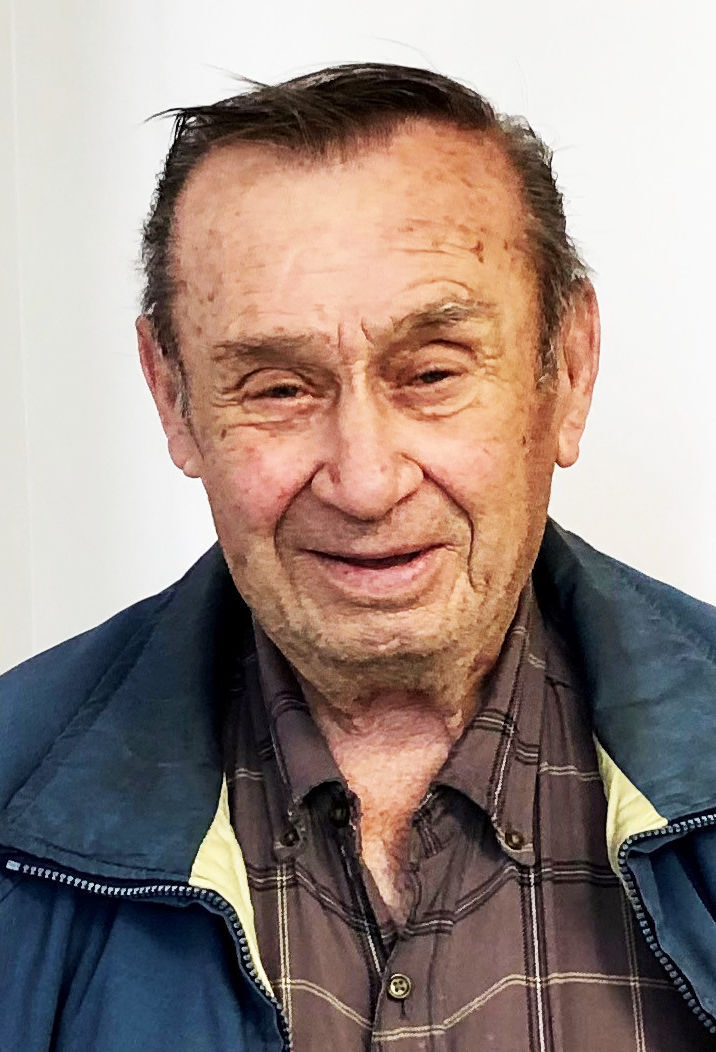 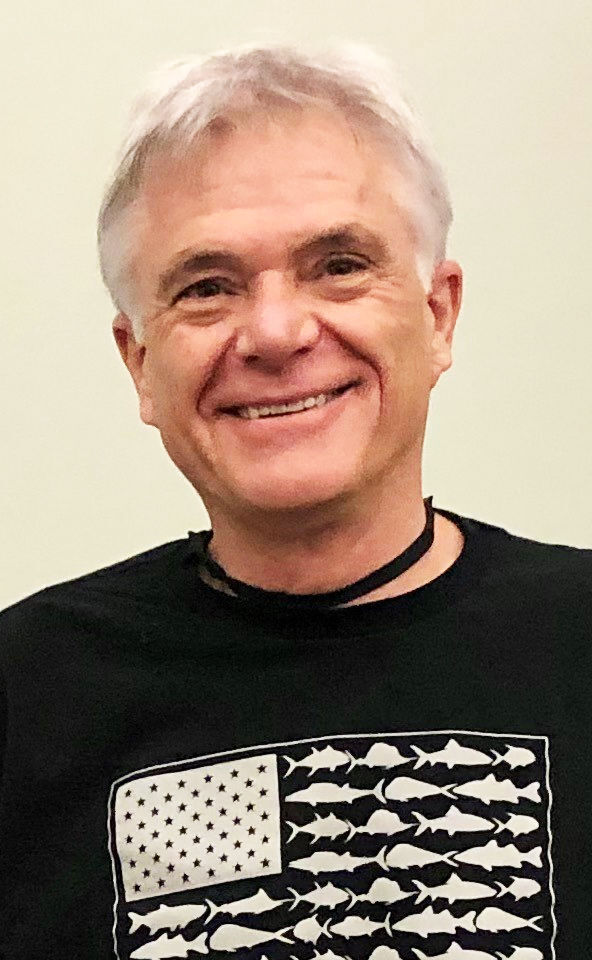 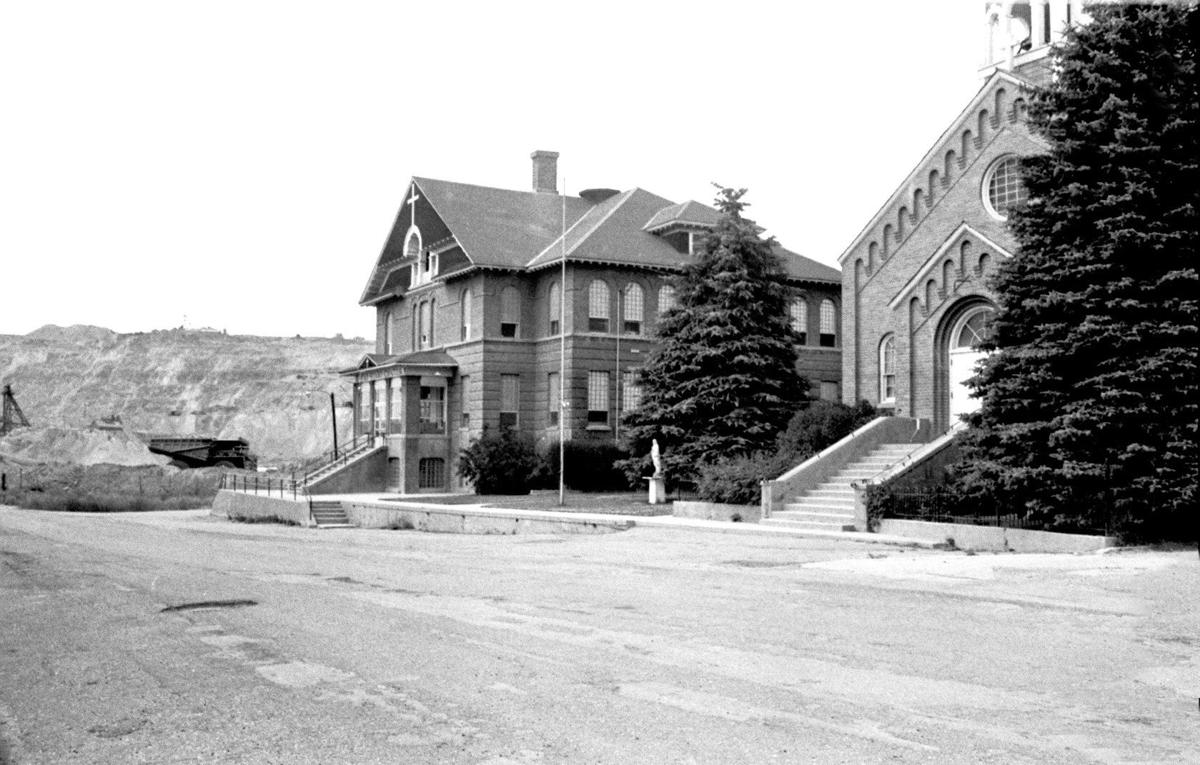 Trucks from the Berkeley Pit are visible in this photograph of Holy Savior Church and Holy Savior School. 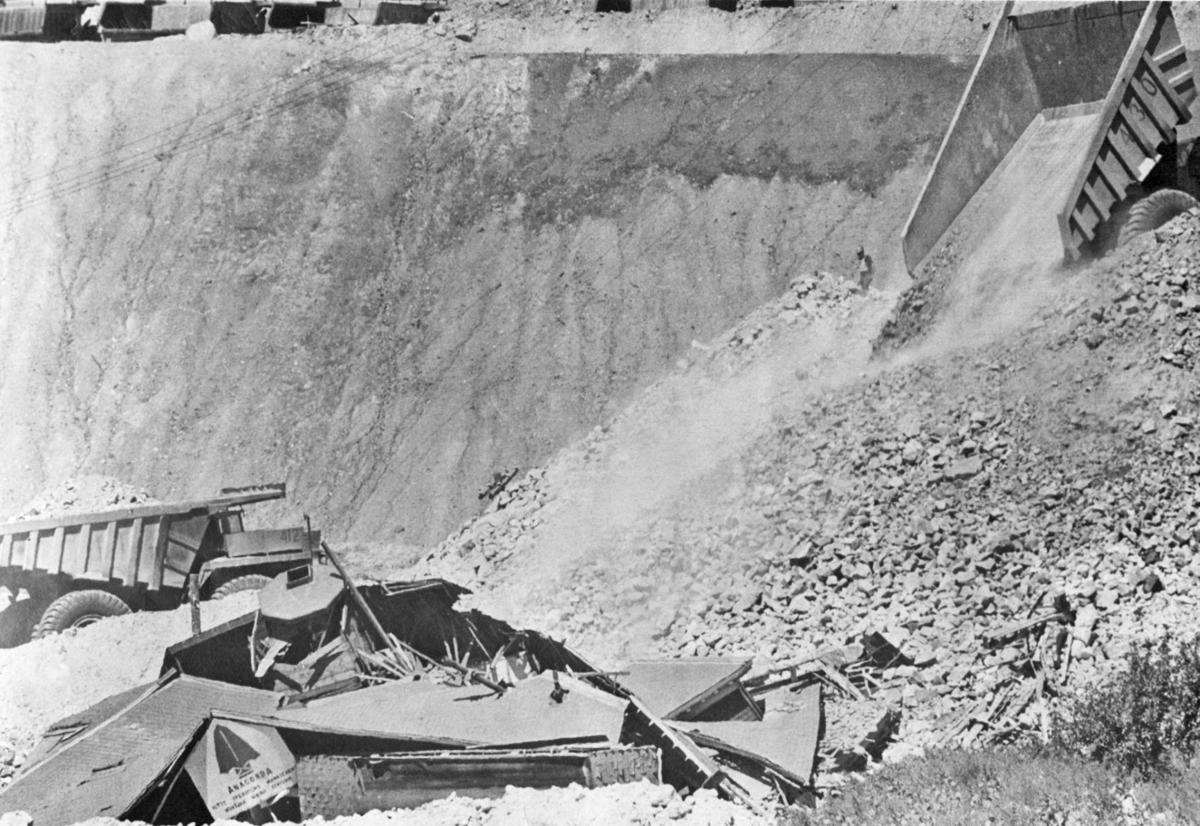 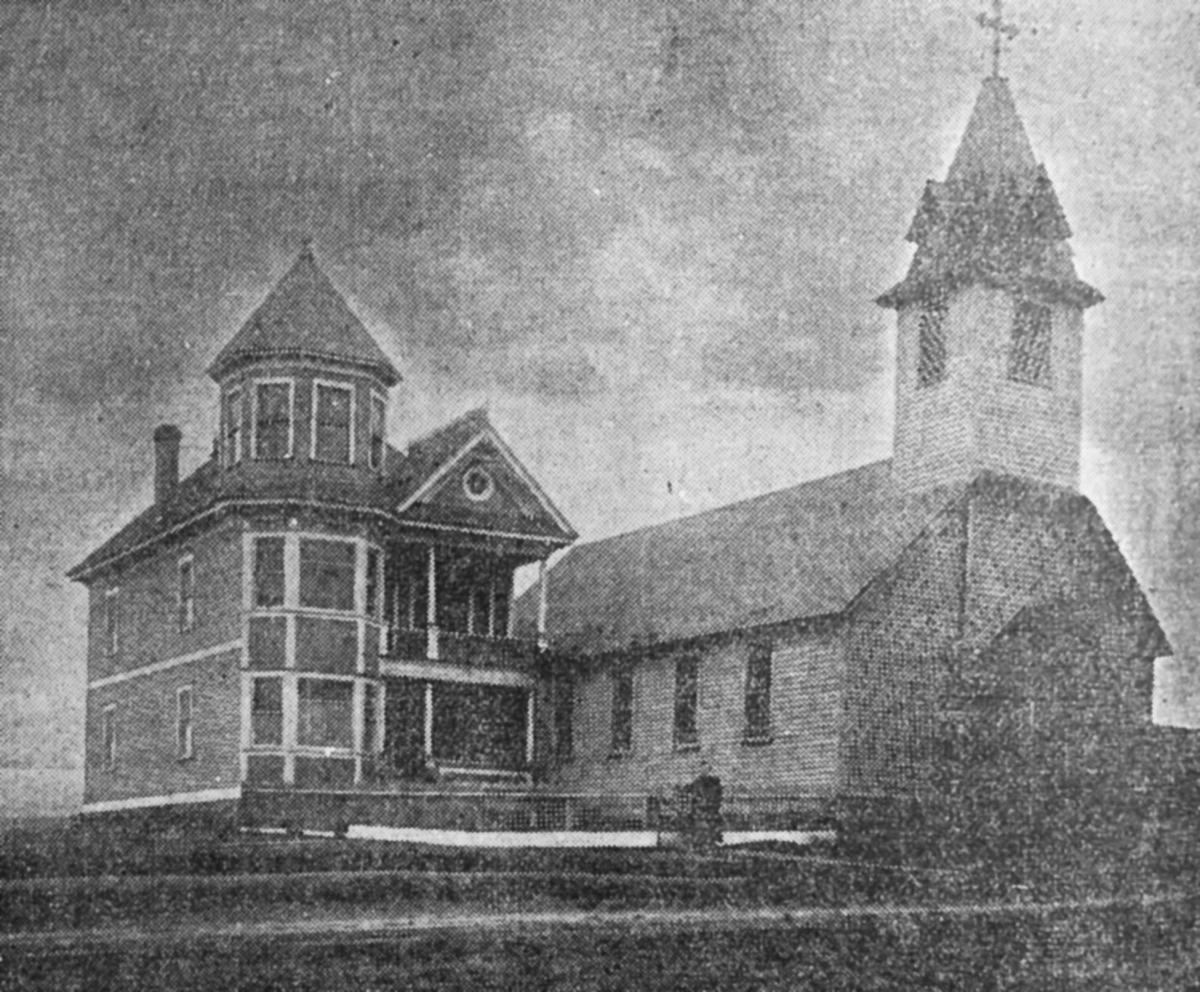 The Butte Miner featured this photograph of the original Holy Savior Church in its 1906 Christmas edition. Deemed dilapidated and too small, it was torn down July 7, 1927 by its congregation. A new and improved edifice was dedicated Jan. 1, 1928.

The church, along with the school, were among the last standing in the once-thriving neighborhood that was decimated to make way for the Berkeley Pit expansion.

The church remains unique among Butte’s past and present houses of worship. The edifice, along with the schoolhouse, still exist, but are now entombed under tons of rocks and debris.

Paintings from Holy Savior Church on display at Archives.

Already the property of the Anaconda Company, the church and schoolhouse were hindering progress. A new entrance to the pit was needed and these structures were in the way. Giant dump trucks descended Aug. 28, 1979, and buried the church, and then the school the following day.

Buried they may be, but memories of the church and the neighborhood it claimed, remain vivid to former McQueen residents, Tom Holter and Ron Petritz.

Both men are thankful to have grown up in such a neighborhood, which was home to many Eastern European immigrants.

For many years, Holter lived at 2200 Cottonwood Street, just a couple blocks from Holy Savior Church. He served as an altar boy for Father Michael Pirnat from second grade until his eighth-grade graduation from Holy Savior School.

As far as he is concerned, the McQueen Addition was an idyllic place to grow up.

“It was its own community,” explained Holter, “with its own fire department, theater, churches, grocery stores and, of course, the McQueen Club.”

Petritz, who lived at 2124 Spruce Street, wholeheartedly agreed but added a skating rink to the neighborhood’s long list of attributes.

“You were never bored,” said Petritz.

Some of the best childhood memories both Holter and Petritz hold dear include their church.

Not only did Catholic residents attend Mass at Holy Savior, many a social event was held there as well.

“Most everything was centered around the church,” said Petritz. “It definitely had an impact.”

So much so that Petritz has been diligently doing research on his beloved neighborhood, including the church and school.

Father Albert Kaparich takes center stage in one of his fondest memories. The parish priest was constantly redecorating.

“He was remodeling all the time,” laughed Petritz.

For Holter, it was the yearly ride to Gregson Hot Springs he and his fellow altar boys, along with members of the choir, were treated to.

Mode of transportation was a bit odd — a dump truck. Even odder was their chauffeur — none other than the parish priest, Father Pirnat.

“He did that every year,” laughed Holter.

When Holter married in 1956, he and his wife, Barb, remained in McQueen. Three of their four children were raised there.

But by the mid-1960s, the writing was on the wall and the ACM began buying up properties. Officials came knocking at Holter’s doors in 1967 and the family packed up and moved to Harvard Street.

Two years later, the Diocese of Helena announced that all of Butte’s Catholic elementary schools would be closing, including Holy Savior.

Petritz, a member of the school’s 1968 graduating class, knew even as a young teen that his neighborhood’s future was going to be grim.

“You want to hold onto your church, your school,” said Petritz, “but it just wasn’t going to happen.”

According to Holter, not one single person was happy about leaving the neighborhood.

“We all felt the loss,” said Holter.

“There is no way to be a perfect mother … but a million ways to be a good one.” 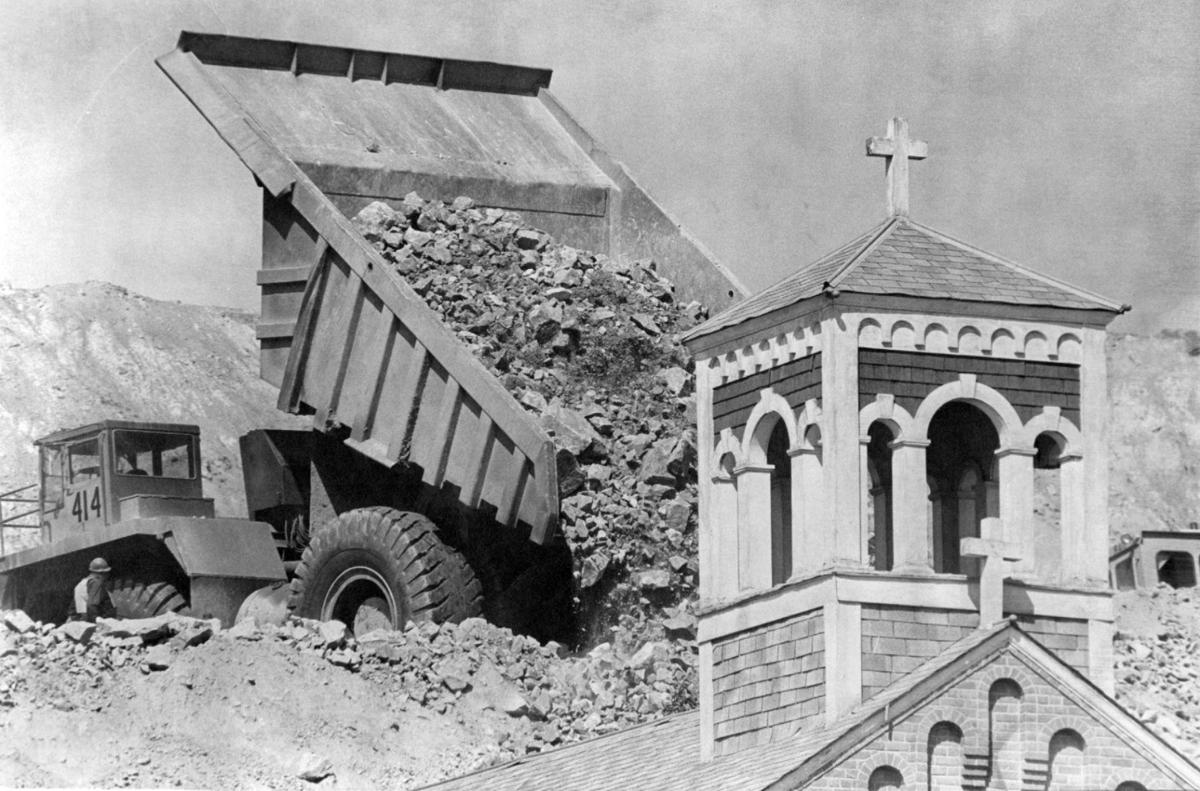 It was the "summer of 42 years ago" when workers buried Holy Savior Church.

Trucks from the Berkeley Pit are visible in this photograph of Holy Savior Church and Holy Savior School. 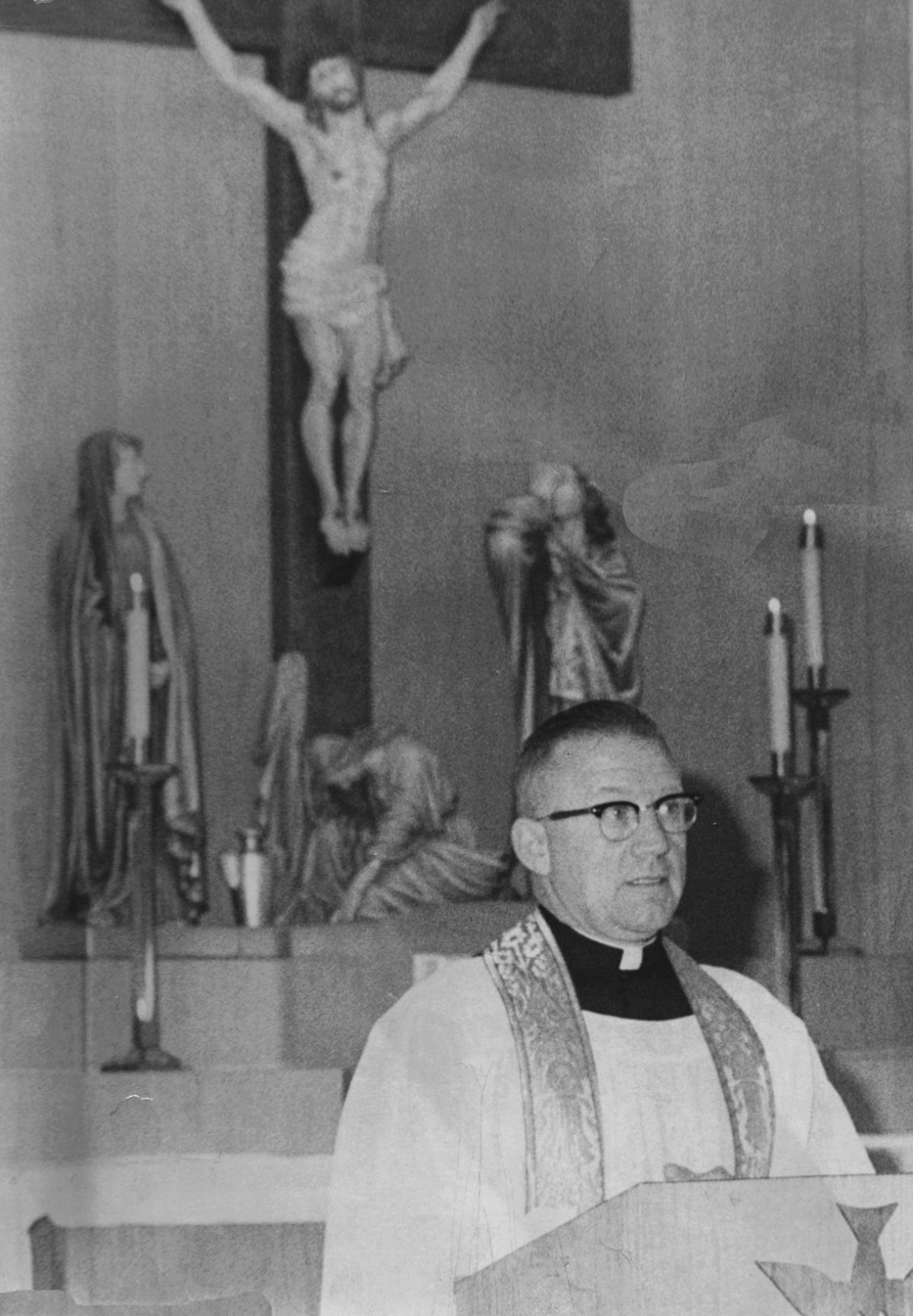 This photograph of Father Albert Kaparich was taken in 1965 at Holy Savior Church. The priest served the parish for 18 years, starting in 1953. 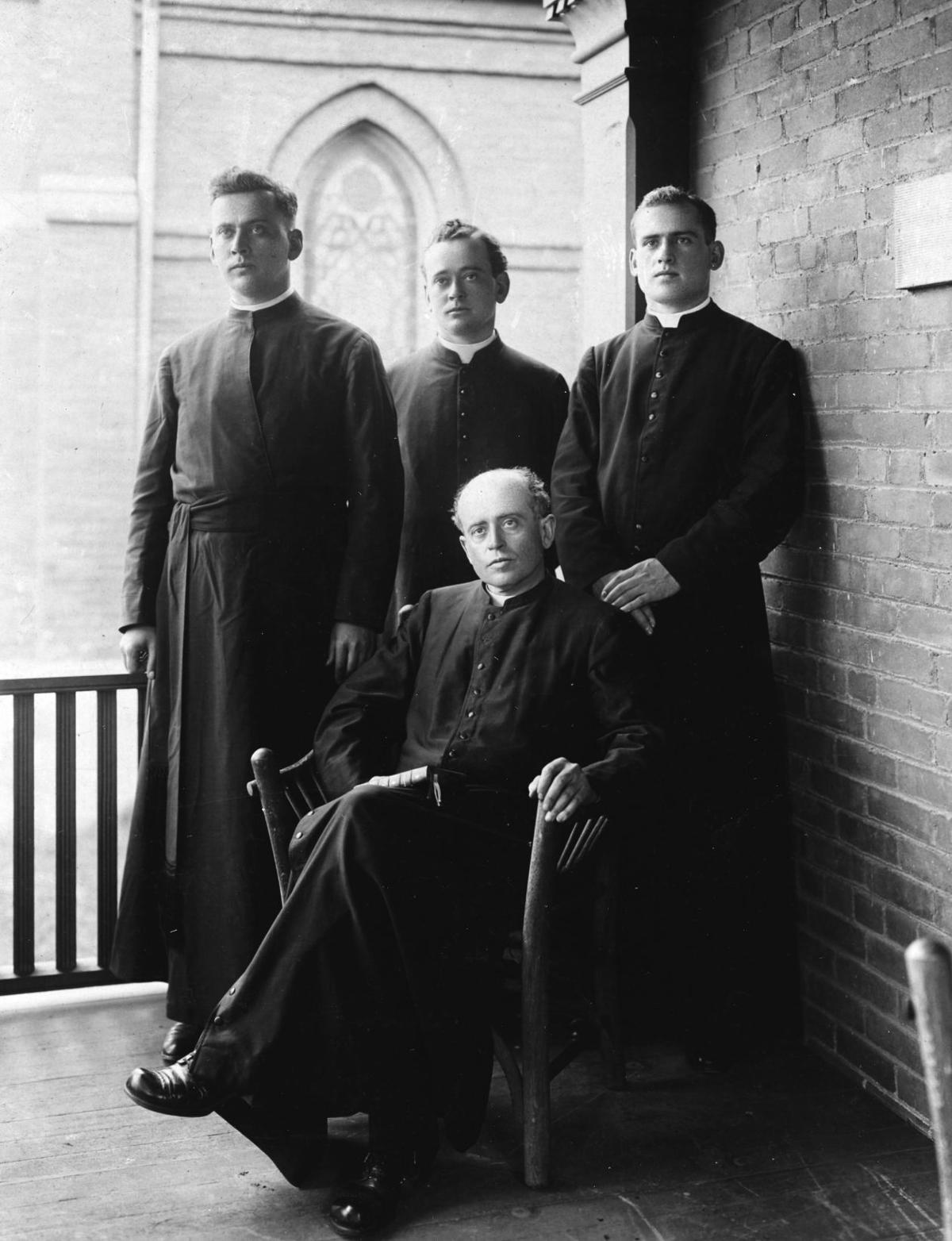 The four Pirnat brothers became priests and they all hailed from Anaconda. Pictured here are Father John Pirnat (seated) and standing from left are, Father Louis Pirnat, Father Michael Pirnat (who served Holy Savior Church from 1908 to 1953) and Father Anthony Pirnat. 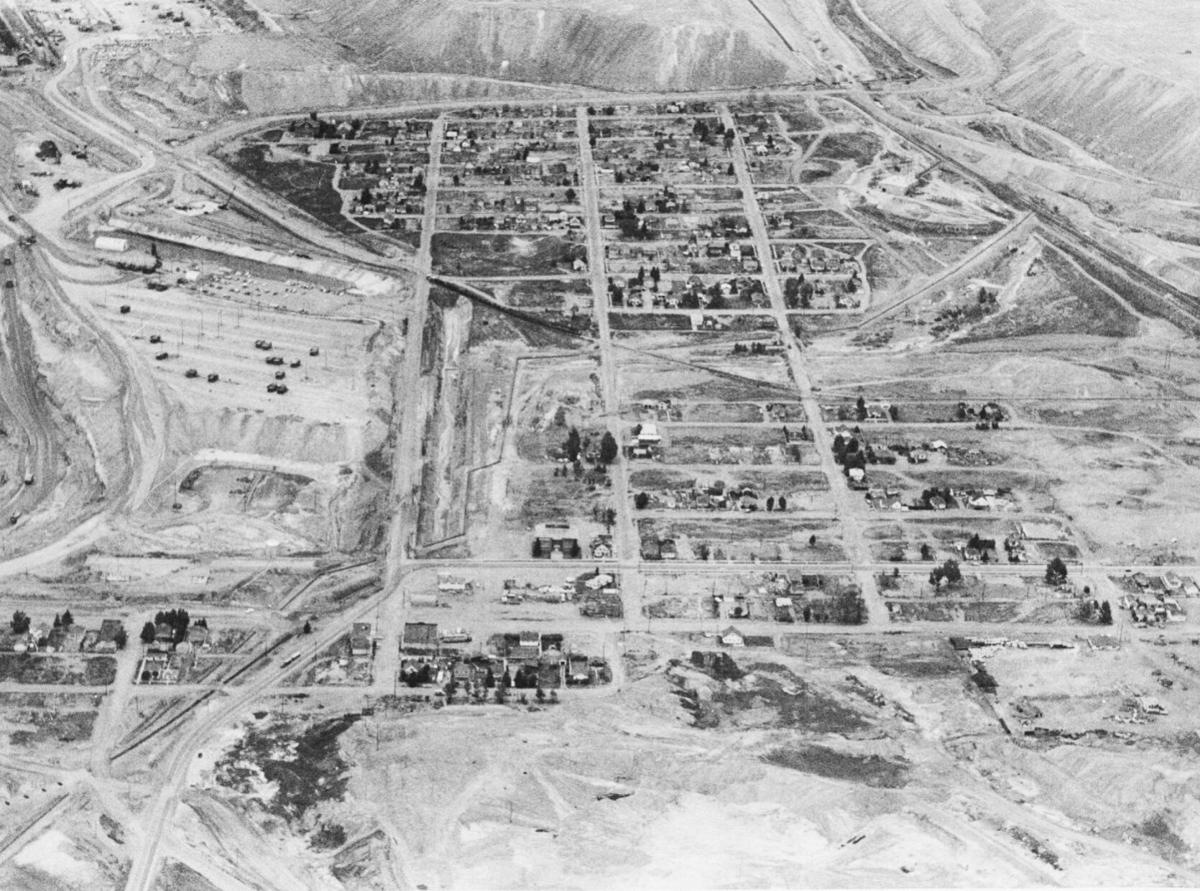 This aerial view of the McQueen Addition was taken in July 1973.

The Butte Miner featured this photograph of the original Holy Savior Church in its 1906 Christmas edition. Deemed dilapidated and too small, it was torn down July 7, 1927 by its congregation. A new and improved edifice was dedicated Jan. 1, 1928.