A California man charged in the shooting death of a Broadwater County deputy and subsequent high-speed chase and shootout with troopers and police from several counties will go on trial Thursday in Butte.

The trial for 65-year-old Lloyd Mortier Barrus was moved to Butte because of pretrial publicity in Broadwater County, where Deputy Mason Moore was killed around 2:30 a.m. on May 16, 2017 after pursuing Barrus and his son, Marshall Barrus, on U.S. 287.

Prosecutors believe Moore was hit by a bullet during the chase, came to a stop a few miles south of the I-90 interchange, and was still alive when Lloyd Barrus turned a Chevy Suburban around, pulled up and Marshall Barrus fired more shots into Moore, killing him.

Butte-Silver Bow police spotted the Suburban speeding westbound on I-90 an hour later, officers from several agencies joined the chase and the pursuit ended in a shootout in Missoula County. Marshall Barrus was killed and his father was hit in the hand and arrested.

The suspects traveled about 160 miles from where Moore was killed near Three Forks to Mile Marker 129 on I-90 just inside Missoula County. Stop sticks punctured three of the Suburban’s tires but it traveled another five miles before it was completely disabled.

The suspects had anti-law enforcement views and talked often of going on a suicide mission involving police, prosecutors say.

Moore was 42 and left a wife and three children.

Prosecutors initially sought the death penalty but dropped that because Barrus has had extensive mental health issues that could have been a significant mitigating circumstance for imposing death. He faces up to life in prison if convicted on any of the homicide charges.

Jury selection was done at the Butte Civic Center on Tuesday and opening arguments are set to begin Thursday. District Judge Kathy Seeley from Helena is overseeing the trial, which could take up to three weeks and is being held at the Butte-Silver Bow Courthouse.

Barrus’ mental health is one reason it has taken so long for the case to go to trial. He was diagnosed with delusional disorder and mixed personality disorder with antisocial and narcissistic features, and was addicted to alcohol and marijuana.

He was found unfit to stand trial and refused to take antipsychotic drugs to treat his delusional disorder, which manifests in beliefs that he is either Jesus Christ or Michael the Archangel, according Virginia Hill, the head psychiatrist at the Montana State Hospital in Warm Springs.

Seeley ordered that Barrus be given antipsychotic medications via injection to render him competent to stand trial and aid his defense, since he refused to take the drugs orally.

Defense attorneys appealed that but the Montana Supreme Court upheld the order last year. Justices said the state has an interest in gaining a conviction because a criminal commitment to the State Hospital could last for years while a civil commitment could see Barrus released in as little as three months.

Barrus filed a federal lawsuit in February 2020 alleging he was arrested without a grand jury indictment, threatened with the death penalty and has been denied a speedy trial, among other claims. The suit sought $11 million in damages.

A federal judge dismissed most of the claims in June 2020, saying the court would not interfere with the state’s judicial process, including the order that he be forcibly medicated.

Those and other factors have delayed a trial, as have the hundreds of court motions prosecutors and defense attorneys filed involving charges, discovery matters, court orders, expert witnesses and other issues.

The state could potentially call more than 30 expert witnesses alone, plus numerous troopers and sheriffs and deputies involved in the chase and  shootout. At least 14 officers engaged in the shootout.

Broadwater County Attorney Cory Swanson is trying the case along with prosecutors from the Montana Attorney General’s Office. Defense attorneys include Greg Jackson from Missoula and Craig Shannon from Missoula.

After a standoff with police in California in 2000, Barrus was also found mentally unfit to stand trial. The court ordered involuntary medication with antipsychotic drugs. Barrus was restored to competency and convicted of assaulting an officer.

Barrus was living in California, most recently Bakersfield according to his Facebook page, and came to Gallatin County on May 7, 2017, to visit Marshall, who was staying with friends in the area, prosecutors say.

They went to a rural campground with Marshall’s girlfriend and their children on May 15, drank alcohol throughout the night and left in the Suburban shortly before 2 a.m. on May 16, prosecutors say. One child said Marshall struck him when he would not go on a suicide mission with him.

The Suburban sped past Moore on U.S. 287 going south at 2:30 a.m. and he activated his lights and gave chase, ultimately giving dispatch a vehicle description and California license plate number. He pursued them for eight miles, going past the I-90 crossing, before he was initially hit by a bullet, prosecutors say.

His patrol video showed the car stopping in some grass, and after some silence, Moore can be heard moaning. Based on tire tracks and other evidence, prosecutors believe Lloyd Barrus did a U-turn, pulled next to Moore’s car and Marshall fired the fatal shots.

A trooper arrived at the scene at 2:45 a.m. and found Moore dead. An autopsy determined he had been struck twice in the shoulder and twice in the head.

The trooper observed 24 bullet holes or marks on the windshield and other parts of Moore’s car and he found 19 cartridges next to the car, all fired from a .308-caliber rifle.

During his arraignment, Barrus pleaded not guilty to 24 initial felony counts and one misdemeanor. When he asked to address the court, the judge cautioned him against speaking to preserve his right to remain silent.

“Your honor, I understand it and I appreciate what you have to say, but I still do want to say please tell Officer Moore’s wife and kids I’m sorry for their loss," Barrus said.

In March 2000, Lloyd Barrus, another son and a woman were arrested after a high-speed chase and armed standoff with police in Death Valley, California that lasted more than 18 hours.

The three had fled from a Nevada trooper who tried to stop them and drove 70 miles before their car broke down. They ran and hid in a gully before exchanging gunfire with police, reportedly damaging a California Highway Patrol helicopter and forcing it to land.

In 2002, Lloyd Barrus pleaded guilty to assault on a peace officer in that case and was sentenced to 15 years in prison but was sent to a California state hospital for treatment of psychiatric issues.

Twelve jurors and three alternates were chosen to hear the case starting Thursday in Butte.

Golf anyone? Tee time in Butte no longer a seasonal deal

Mild weather has lingered far longer than usual for this time of year in Butte, and that’s good news for hitting the links at Highland View Go…

'Concerning' asteroid will break into Earth's orbit in a week: NASA

'Concerning' asteroid will break into Earth's orbit in a week: NASA 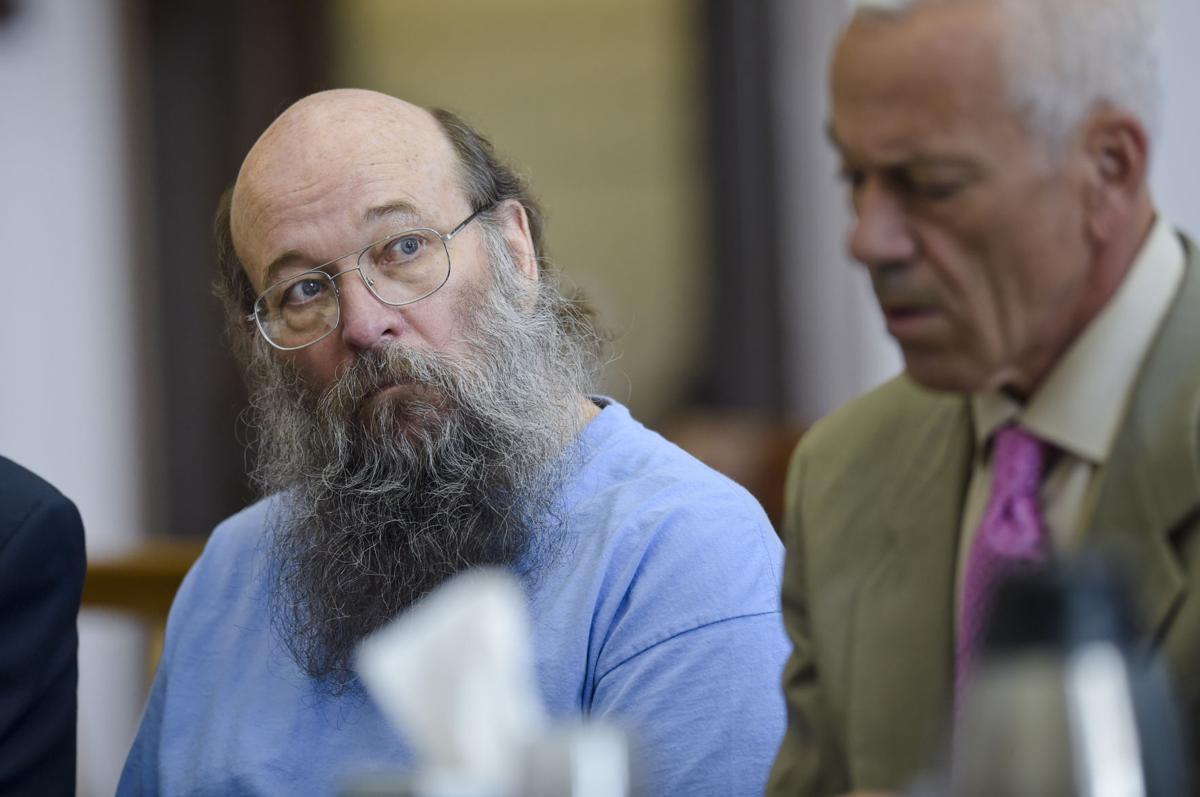 In this file photo, Lloyd Barrus, left, and defense attorney Craig Shannon are seen in court during a previous proceeding. He goes on trial in Butte on Thursday in connection with the shooting death of Broadwater County Deputy Mason Moore in 2017 and a subsequent high-speed chase and shootout with police. 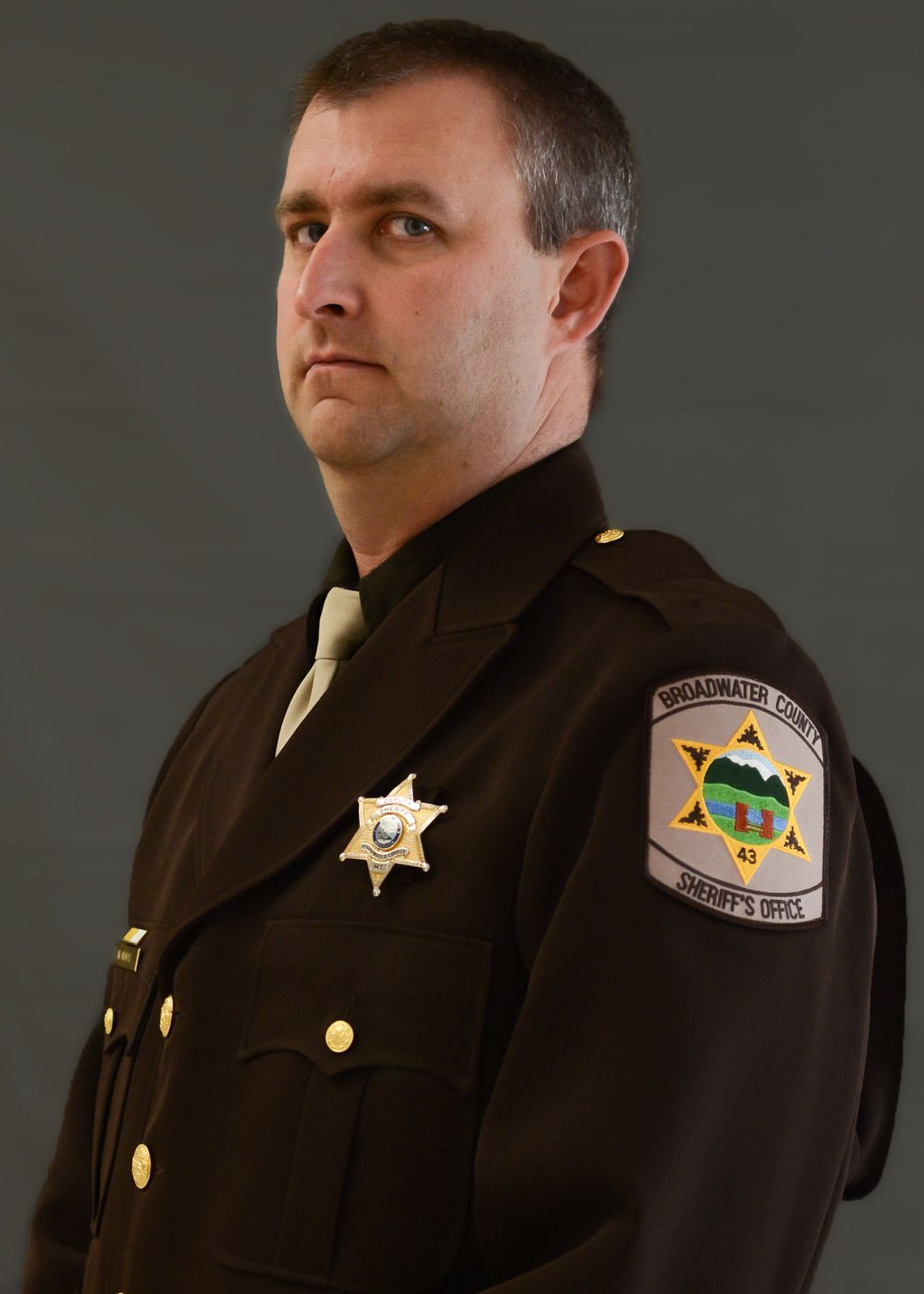