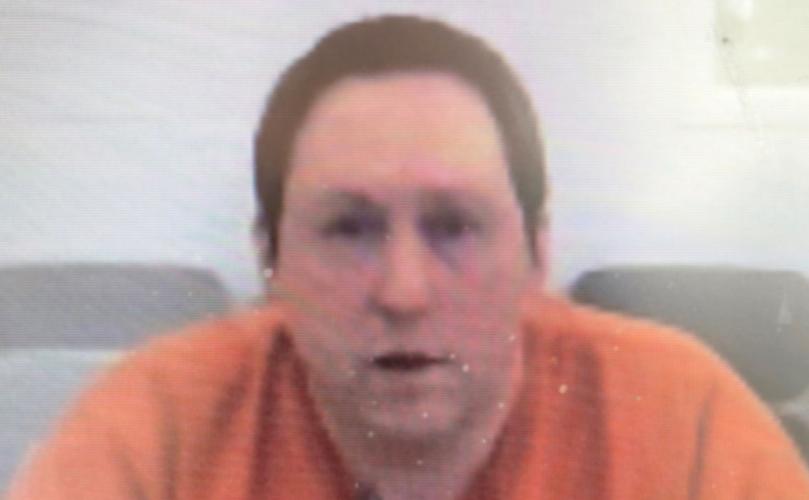 Paul Weitzel speaks via Zoom on Wednesday before he was sentenced to eight years in prison for raping a 15-year-old girl in Butte. 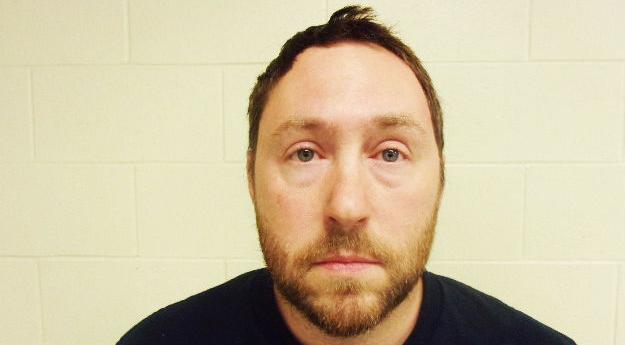 A girl said Wednesday that a man who raped her in Butte when she was 15 left her distraught with fear, anger, confusion and guilt and he belonged behind bars “as long as possible.”

“For months on end I felt emotionally isolated more than I ever have,” the girl, now 17, told District Judge Robert Whelan. “The only time I felt safe is if I was with an adult family member.

“Please keep him in jail or prison or wherever he’s going for as long as possible.”

Shortly after the girl and her mother spoke, Whelan sentenced 43-year-old Paul Anthony Weitzel to eight years in the Montana State Prison and another 12 years suspended for sexual intercourse without consent.

The proceedings were done over Zoom because of COVID, with the girl and her mother speaking remotely from one location while Weitzel appeared from the Butte jail. He spoke briefly while sitting at a plastic table, his hands cuffed in front of him, and apologized.

“I raped her, I upended her life, I ruined her childhood,” he said. “I just want to tell her I’m sorry.”

According to charging documents, Weitzel knew the 15-year-old daughter of a Dillon woman and according to the girl, they would Snapchat with each other but it was “never anything weird.”

The girl said Weitzel was in Dillon one night and Weitzel kissed her. She told him that was not OK but four days later, on Dec. 14, 2019, the mother let Weitzel take her daughter to Helena and Butte to go shopping.

The girl said at Weitzel’s apartment in Butte, he kissed her again and about 20 minutes later, started undressing her. She did not attempt to stop him but when he began having sex with her, she pushed him away and left the room.

Prosecutors say her account was the same during a forensic interview and Weitzel later pleaded guilty to the rape charge, admitting he knowingly had sex with a 15-year-old girl. Anyone under age 16 in Montana cannot legally consent to sex.

The girl’s mother said the family genuinely cared for Weitzel and let him into their home for Thanksgiving and Christmas, but looking back, it was clear he had “groomed” her daughter.

He picked her up, bought her a phone knowing she was not allowed to have one, gave her alcohol and “told me he thought he was doing good for her,” the mother said.

“He in my opinion is a great con-artist,” she told the judge. “My hope is he can stay in prison long enough for my daughters to get through college and not be looking over their shoulders for Paul to show up.”

Robin Ammons, Weitzel’s attorney, said he took responsibility for the crime and “if he could change the past, he would.”

But he had no previous criminal history, she said, had suffered a head injury while serving in the military, and was one of the few who consistently worked jobs inside the Butte jail during his incarceration.

She said she did not object to the 20-year sentence but hoped Whelan would suspend more than 12 years of it. Weitzel also said he “would like to change and be a better person.”

Prosecutor Samm Cox asked that the eight years in prison stand. The time would allow Weitzel to complete sex-offender treatment programs and “prove himself as a person.”

Butte denizen bets the field at Kentucky Derby and comes out ahead!

Butte's Alicia Kachmarik bet the field during the Kentucky Derby at Churchill Downs this past Saturday and thanks to longshot Rich Strike, came out ahead.

Opioid-related overdoses due to fentanyl took 35 lives in Butte-Silver Bow County from 2011 to 2020, according to state health officials, and though final county data isn’t in for 2021, local officials expect higher numbers.

A Butte man accused of dousing a woman with gasoline and threatening to light her on fire has pleaded not guilty to aggravated assault.

A 25-year-old woman accused of fatally stabbing a man inside a Butte house more than two years ago has pleaded guilty to deliberate homicide.

U.S. solar projects on hold due to tariff inquiry

Paul Weitzel speaks via Zoom on Wednesday before he was sentenced to eight years in prison for raping a 15-year-old girl in Butte.