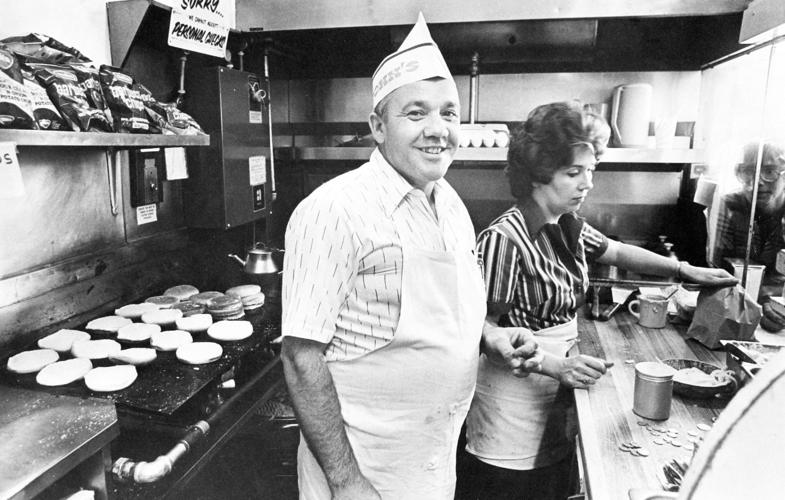 John Orizotti is pictured in his kitchen at Pork Chop John’s, 8 W. Mercury St., in this undated photo. 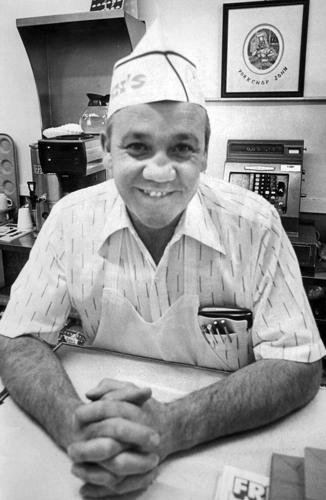 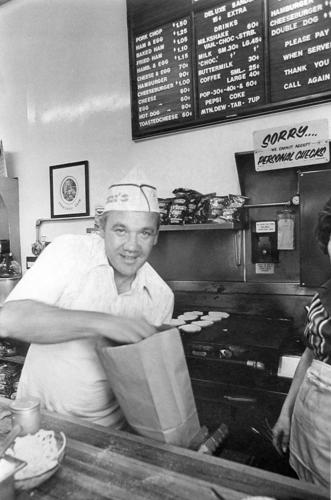 A meat cutter by trade, John Orizotti bought the famed Pork Chop John’s restaurant in 1969, when the sandwiches sold for 65 cents, and increased sales dramatically over the years. 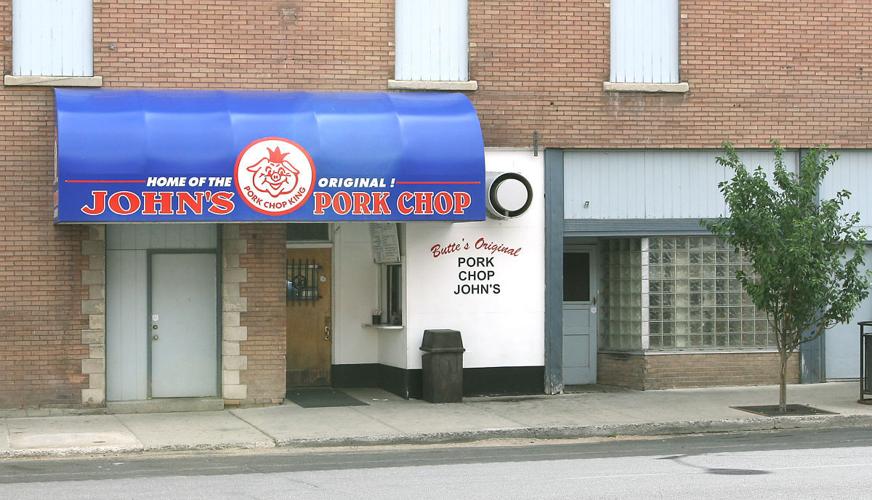 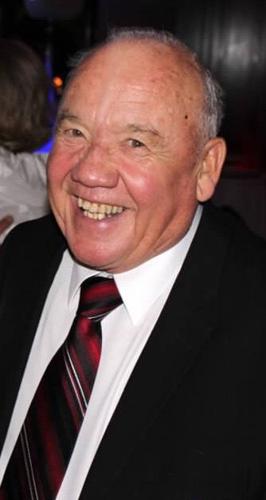 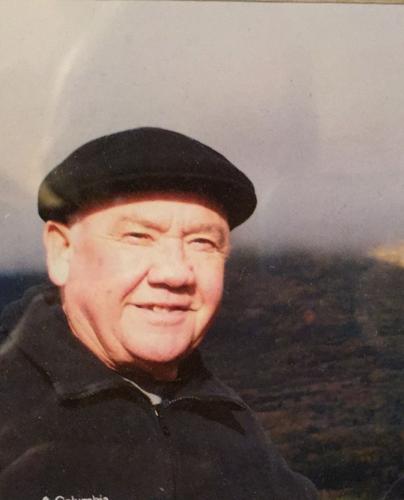 John Orizotti, who carried on the legend of Pork Chop John in Butte for decades and helped gain national notoriety for the restaurant's pork-chop sandwiches, died Monday at home. He was 82.

A meat cutter by trade, Orizotti bought the famed Pork Chop John's restaurant in 1969, when the sandwiches sold for 65 cents, and increased sales dramatically over the years. Pork Chop John’s started in 1932, during the Great Depression, when John Burklund began selling the sandwiches for 20 cents — bone included — from a horse-drawn cart in Uptown Butte.

“He was a wonderful man,” Mary Carol said Tuesday. “He worked very hard.”

Guy Ossello, who was vacationing with his wife in California when Orizotti died, cut short his vacation to drive back to Butte for Orizotti’s funeral. Ossello says he and Orizotti grew up across the street from each other in Meaderville, a neighborhood swallowed up by the Berkeley Pit in the 1970s.

“We go back a long way,” Ossello said.

Ossello described Orizotti as one of the gentlest men Butte has ever had.

“He was a very caring person. He didn’t have a bad word to say about anyone,” Ossello said.

Ossello recalled Orizotti breaking a window in the Ossello house when the boys were playing baseball in the neighborhood. Ossello said the boys were “scared to death.”

“But he was very honest. He went to mother’s door and said, ‘I did it,’” Ossello said. “We were surrounded by a lot of love in that neighborhood.”

Orizotti broke his nose when he was young playing football in Meaderville. That’s what gave him the “Rocky Balboa” look, according to Ossello, referring to the boxer character in the Rocky movies, which starred Sylvester Stallone.

Orizotti went to work for his father-in-law, Dan Piazzola, at the Better Meat Market, a small grocery store in the Doyle Hotel on the southwest corner of Mercury and Main. He and Piazzola opened the Main Public Market around 1960 together. It was located on Main Street between Galena and Mercury Streets.

Rick Orizotti, John’s oldest son, said he can remember his father extending credit to the miners at the meat shop.

“In my late grade school days and high school days, he gave credit to a lot of miners,” Rick said. “When it was payday, they’d line up and pay off the bill. It was a pretty neat deal. He had quite a relationship (with the miners) through that.”

By 1969, when Orizotti bought Pork Chop John’s, 8 W. Mercury St., it was an established restaurant in Uptown Butte.

“My dad always had an eye on that business. He always wanted it,” Rick said.

For about six months, Orizotti ran the restaurant and worked at the Main Public Market, but Rick said Piazzola retired and Orizotti sold the meat store and devoted himself full-time to Pork Chop John’s.

“He was truly very proud to be Pork Chop John. He was a man that really loved going to work, really worked hard,” Rick said.

The business originally consisted of a wooden table where the pork chops were made, a fryer and a refrigerator. Orizotti bought the Doyle Hotel to expand his operation Uptown.

Ed Orizotti, who, along with brother, Tom, now runs Pork Chop John’s, said all seven of Orizotti’s children worked at the restaurant when they were young.

“He taught all of us a work ethic. Everybody worked in the business,” Ed said. “If you wanted to eat, you had to work.”

Ed said Pork Chop John’s has been in the Orizotti family for 47 years. The batter used for the pork chops is still a family secret.

The batter is still made by hand in a back room. But now the Uptown business takes up 6,000 square feet of the former Doyle Hotel.

In 1975, Orizotti bought a former Texaco gas station at 2400 Harrison Ave. and converted it into the Pork Chop John's location on the Flat. Rick said his dad was proud of the expansion.

Sheila St. Pierre, office manager of Pork Chop John’s Uptown location for 24 years, remembers Orizotti after he retired in 1984 due to his health.

“He was a peach,” St. Pierre said, choking up as she talked about him. “He’d make sure to stop in to come and visit with everybody. He’d tell me stories about the old days. He was great to tell a story. How things were when he ran it. How it was back in the day. You’d love to listen to Johnny’s stories.”

Tina Stajcar said she and her husband, Johnny, are close with the Orizotti family. She recalled her husband and Orizotti played freshman football together at Butte High and both joined the Copper League baseball team. Stajcar said her own children grew up with the Orizotti’s seven children and described the friendship between the two families as, “a big part of our life.”

Another longtime friend, Don Peoples Sr., said Tuesday he was saddened by the news of Orizotti’s death.

“We have lost a big part of Butte,” said Peoples, who was Butte-Silver Bow’s chief executive during most of the 1980s.

“He was a great entrepreneur, but I think what he was more remarkable for, is he was a great family man,” Peoples said. “He was just one hell of a good family man. All of their kids have done extremely well. As a business person, he was just an institution, not just here but across the county.”

Mary Carol said her husband was also community-minded and helped many who lived around the Uptown Pork Chop John’s location. Ed added that his father loved Butte and he loved Meaderville.

“He thought Butte was a special place,” Ed said.

In addition to his wife, Mary Carol, and their seven grown children — four sons and three daughters — Orizotti is also survived by 19 grandchildren and nine great-grandchildren.

St. Pierre may have summed up how many feel about Butte’s loss of the man who made a small restaurant into a Butte institution.

“They broke the mold when they made him; he was just the greatest guy. He’s going to be missed; he was just a dear man,” St. Pierre said.

Funeral Mass will be held at 10 a.m. Friday at St. Ann's Church. Cremation will take place following the Mass.

For the full obituary, see page 5A of today's paper.

In lieu of flowers the family requests memorials to Butte Central Catholic Education Foundation or a charity of your choice.

John Orizotti is pictured in his kitchen at Pork Chop John’s, 8 W. Mercury St., in this undated photo.

A meat cutter by trade, John Orizotti bought the famed Pork Chop John’s restaurant in 1969, when the sandwiches sold for 65 cents, and increased sales dramatically over the years.