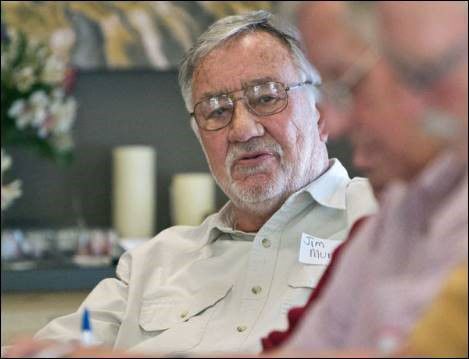 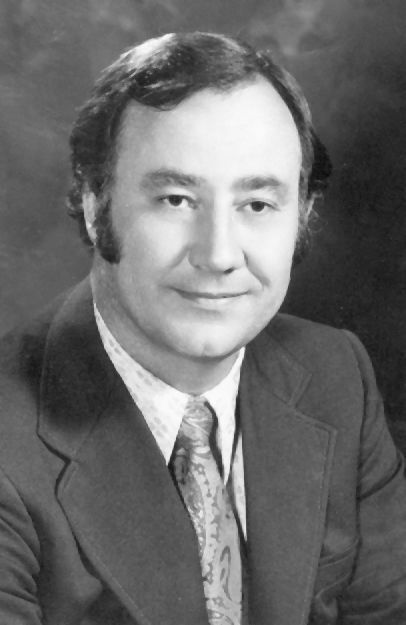 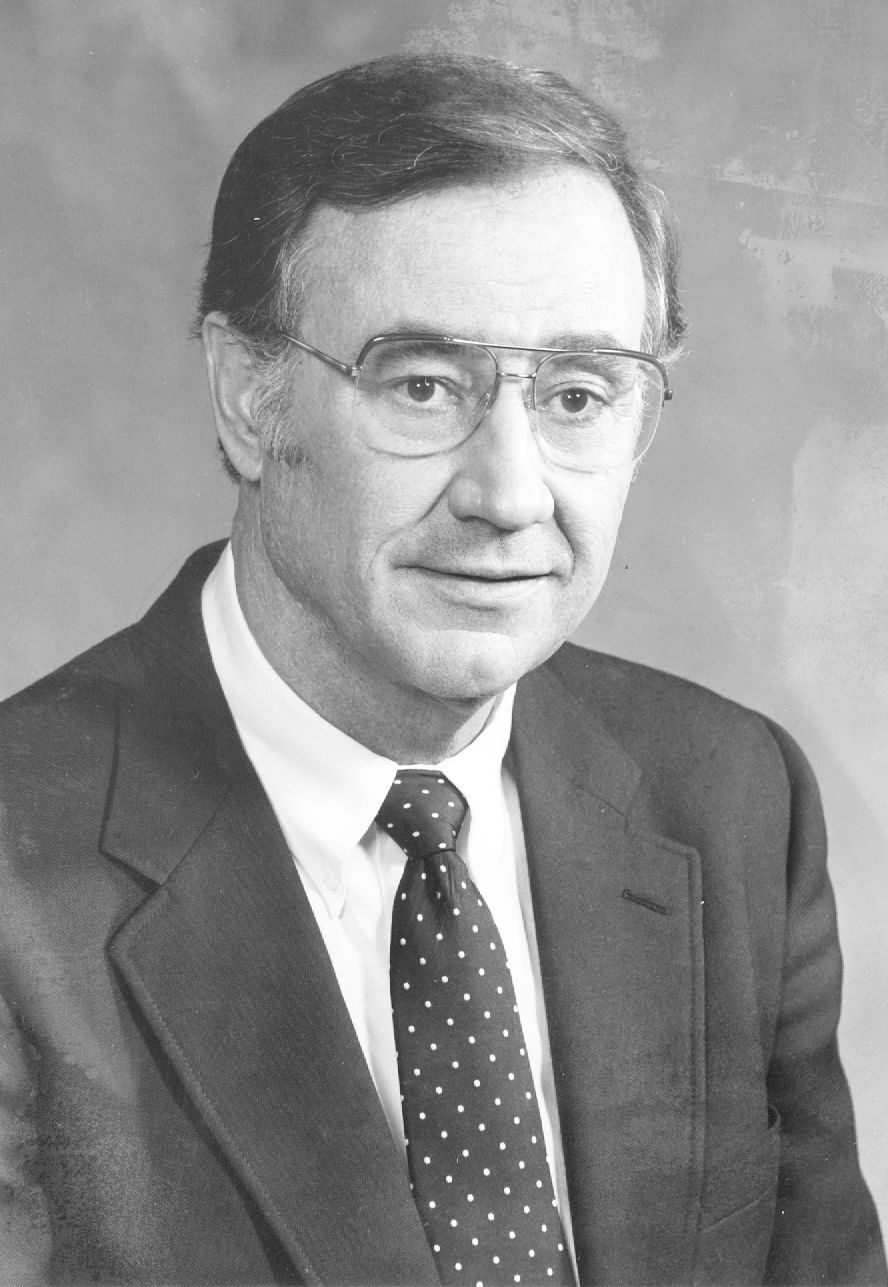 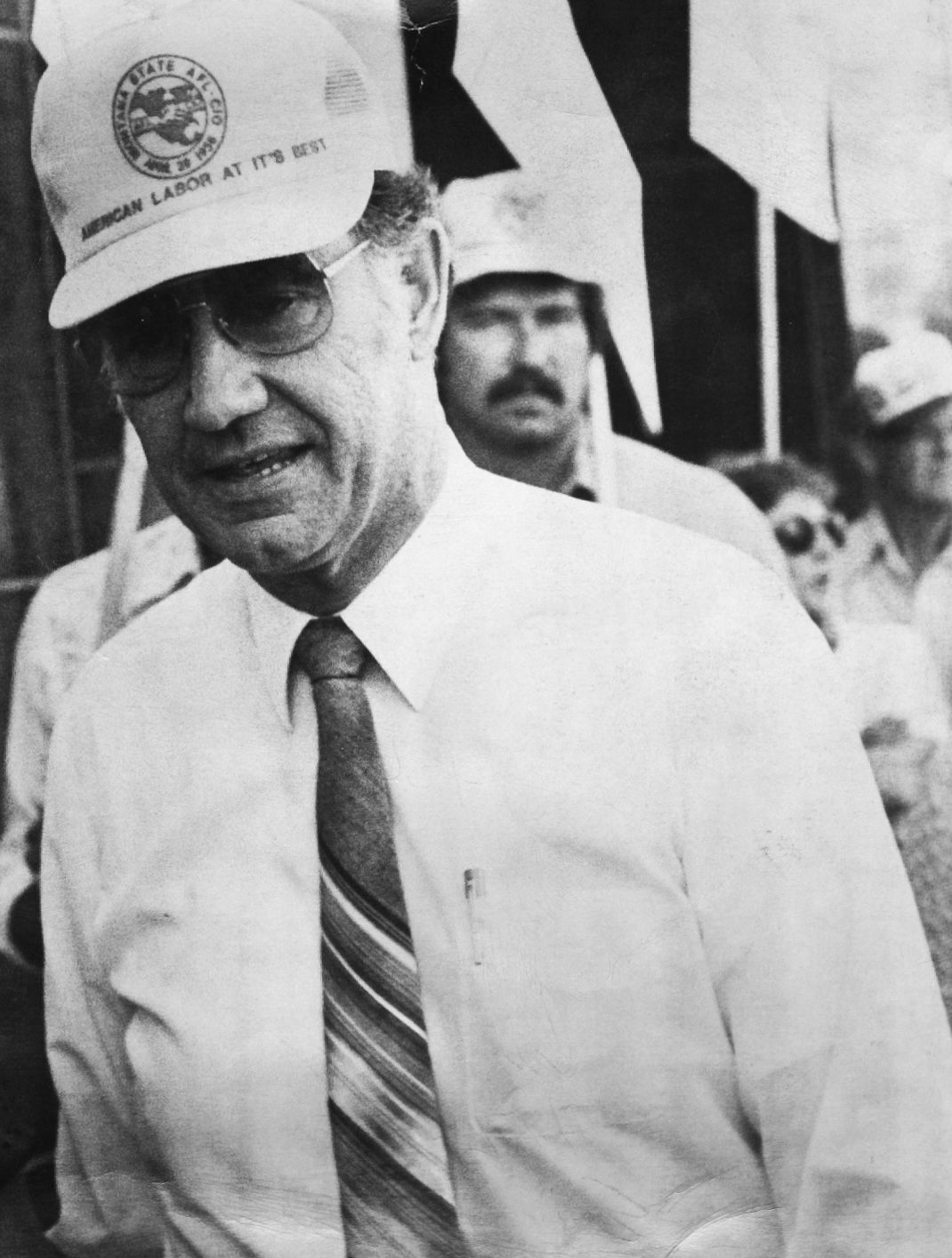 Jim Murry at a Butte rally.

Jim Murry, who went from bare-knuckle brawler to astute political kingmaker and never wavered in his fierce advocacy for working Montanans, drew praise from across the state Tuesday. Murry, 85, died in Helena on Monday.

"Jim Murry wasn't driven by fortune. He wasn't driven by fame, or power. That wasn't what Jim was after. He didn't care about any of those things. He was driven by working families," former Montana Gov. Brian Schweitzer said Tuesday. "That meant taking on the most powerful in politics, the most powerful in the corporate world. He was a great man, and a model of the kind of person in public life I wish we had today.

"And he had a hell of a sense of humor."

James W. Murry was born Feb. 6, 1935, to Boyd "Curly" Murry and Athleen Cowan Murry and grew up in Laurel. He was mostly Irish, but also carried Cherokee, Assiniboine Sioux and Blackfeet lineage.

Murry graduated from Laurel High School, where he was a football star, and would later tell people he was asked to leave Eastern Montana College because of his fighting and drinking.

As a young worker at the Central Exchange oil refinery, he ran for president of Pioneers' Local 2-443 of the Oil, Chemical and Atomic Workers International in Laurel. "I got eight of 178 votes cast," he told Lee Montana Newspapers' Tom Cook in 1982.

Murry's daughter, Cathy Murry Jenkins, said Tuesday he always said the drubbing taught him two valuable lessons: "the virtue of humility and that you couldn't run a union from a barstool."

"That year," Cook wrote, "Murry's father was killed in an automobile accident. Murry said he reexamined his life and decided to turn the anger he felt toward helping workers rather than brawling in Sonny O'Day's bar.

"'I was fighting a lot of battles in those days,' Murry said. 'I guess I didn't know where the fight really was until then.'"

He won the Pioneers' local presidency the next year — a position his father had also held — and he would not lose many battles for the rest of his career.

In 1966, he moved to Helena and was named political director of the Montana State AFL-CIO. He made an immediate impact.

His effort to organize an effective grassroots campaign organization was credited with providing U.S. Sen. Lee Metcalf the narrow margin by which he was reelected.

Two years later, at age 33, Murry became head of the state AFL-CIO — the youngest state federation director in the country. He would hold that position for 23 years.

One of his closest friends was Evan Barrett of Butte, who held a variety of key roles in Montana Democratic politics during Murry's career.

“In the period of Montana history from 1965 to 1990, when Montana dramatically changed from being a corporate colony to a citizen-oriented state, nobody played a larger role in that progressive period than Jim Murry. He stood astride those 25 years like a Colossus.

"Saying he was the head of the AFL-CIO doesn’t do Jim justice. He was a coalition-builder and champion of workers, the poor, the voiceless and architect of monumental social and environmental advancement. And there was no better true and loyal friend.”

"Jim was one of my favorites," Schwinden said Tuesday. "I'm so sorry to see him gone. He was a major feature in Montana's political landscape for a very long time, but for me he was just a real good friend."

That comment was echoed by former Montana congressman Pat Williams, who said Tuesday, "If I lived three lives I wouldn't ever meet anybody with Jim's humor, his ability to organize, and his honesty."

Williams said he and his wife Carol counted Murry and his late wife, Arlene, among their very closest friends.

"Once somebody said to me, 'I'm not sure I like Jim Murry. He acts like a Godfather.' And I said, 'Yes. He is one, to our daughter Whitney,'" Williams said.

Max Baucus said Tuesday, "I liked Jim a lot. He was professional, hard-working and really, really cared about people.

"Frankly it's unfortunate that the labor movement isn't as strong today as it was then. We have so much income inequality today."

He added, "I put together a group of businessmen and labor leaders to work together across party and ideological lines. I take my hat off to Jim for really wanting to work with businesses in Montana. He was very farsighted, a really good man."

Dorothy Bradley remembers when she first was elected to the Legislature from Bozeman at age 23, "I was on an environmental crusade, but there was a lot I didn't know about. I had never been exposed to Montana's tough labor history. And suddenly, there was Jim.

"One of the earliest things I remember is his physical presence. He was big, like a pillar in front of you. Powerful man, powerful voice, powerful brain."

She added, "I will be forever grateful and forever awestruck at his ability to build coalitions. ... He was able to pull through the tangles of environmentalists, ranchers, energy interests, the jobs at stake, the potential of land and water pollution, and somehow build a coalition in Montana that hung through those tough battles. We got an enormous amount accomplished and he was absolutely central."

Don Judge got to know Murry at AFL-CIO while Judge was working for AFSCME in Montana. "We worked together on legislative issues important to labor and the progressive movement," Judge said. "Then in 1980 he asked me to go to work to run the political program for him." The two would work together for more than a decade before Murry quit in 1991 to run a training program underwritten by the United Steelworkers International and major steel companies. Judge would then succeed him as the state AFL-CIO leader.

"He was a blue-collar labor guy with a big brain and a big heart," Judge said. "There was nobody smarter, but he beat you with sweat. None of us could keep up with him. Nobody ever worked harder."

Murry was an inveterate prankster. "He kept files on the pranks he played on people," Cathy Murry Jenkins said.

"He loved to laugh," Judge said. "He would do things like starting rubber band fights in the office. And people would pull pranks on him in return, and he loved it."

Gov. Steve Bullock said Tuesday, "I first met Jim Murry as the father of a high school friend and got to know him over the years as a tireless labor leader. His legacy to me is as both a father and as a Montanan always dedicated to improving the lives of Montana’s workers.”

Lt. Gov. Mike Cooney said, "Jim was a longtime friend and mentor throughout my career in public service. More importantly, he was a giant in the labor movement and the greatest advocate for the working women and men of Montana. He left a major mark on this state, and leaves big shoes to fill."

Chuck Johnson, who covered state politics for Lee Newspapers for many years, said Tuesday, "Jim was one of the people who would always call you back, even if it was a negative story."

Johnson said Murry was "able to hold the labor movement together after the Anaconda smelter and the Butte mines closed for longer than I would have guessed, just on force of personality."

Johnson said Murry was the hub of a coalition of "workers, poor people, church groups, seniors and environmentalists" that was instrumental in the modern progressive movement in Montana in the 1970s. "They forged a new Constitution, defeated the sales tax, passed environmental protections and human rights laws," he said. "He was larger than life."

Johnson said that "In the middle of everything else," Murry "would get calls at home from anonymous workers who had complaints. He was very accessible to the individual workers in his union."

"Jim Murry is the bedrock the Montana AFL-CIO was built on," said Al Ekblad, who currently leads the federation of unions in the state. "Many of us owe a debt to Jim that can never be repaid. He got up every morning and tried to make the world better."

In 1982, Lee Montana newspapers took a survey of 100 leaders and asked them who the most powerful people in Montana were. Murry came in at No. 2, behind only Schwinden, who was then governor.

Cathy Jenkins said that with COVID-19, it was very difficult for family in recent weeks, being unable to visit him, but Murry had been taken from a nursing facility to the emergency room, and then to comfort care. During that time over the past few days, the family was able to be with him. "We got just about everybody in to say their goodbyes," she said. "And I was able to take an eagle feather and do a smudging ceremony at the hospital."

She said there will be no public services, but the family hopes to have a memorial celebration outdoors for family and friends in the summer of 2021.

Ding Kuen Tam, owner of the renowned Pekin Noodle Parlor, died at 86 on Monday. He was better known to the Butte community as Danny Wong, and …

J.P. Gallagher has made his first big transitional decision as he prepares to become Butte-Silver Bow’s chief executive by naming Jim Kambich …

On November 7, 1972, 29-year old Joseph R. Biden won election to the United States Senate in Delaware. His victory margin against the Republic…

Jim Murry at a Butte rally.